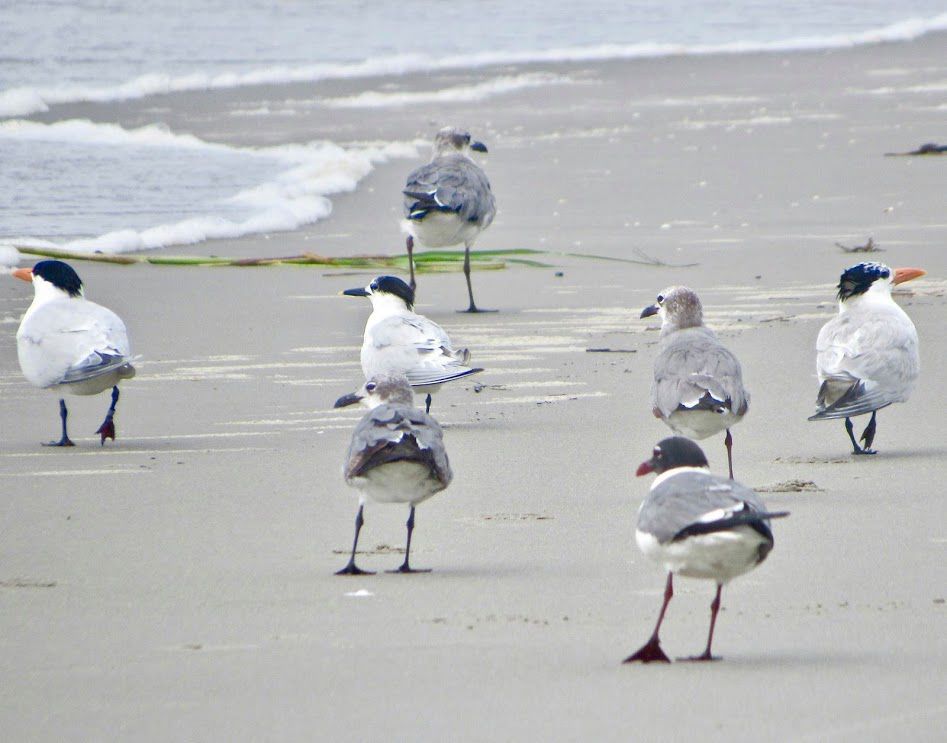 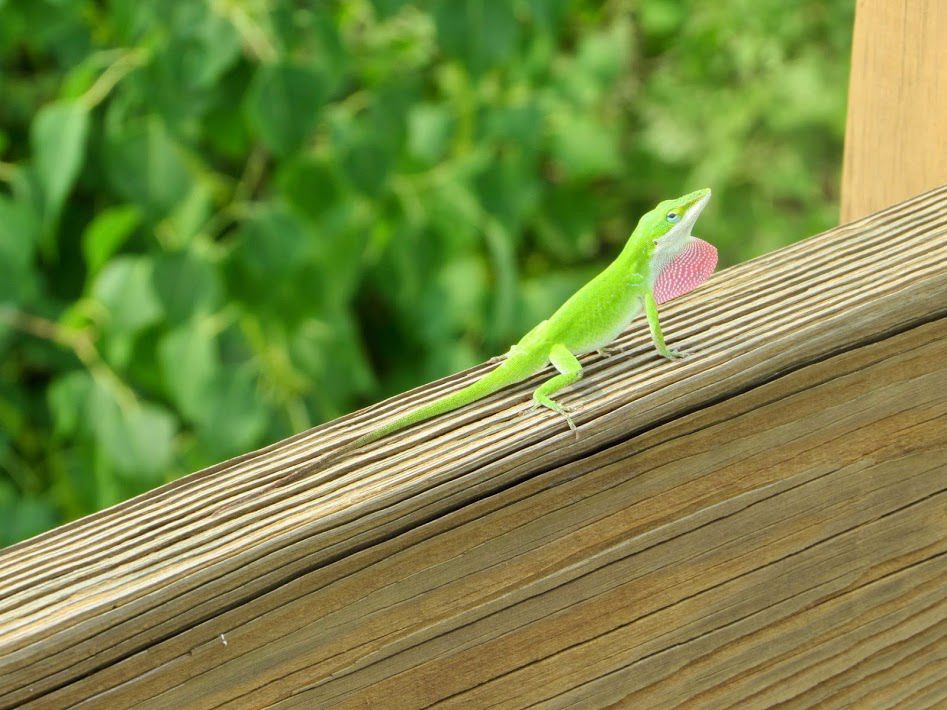 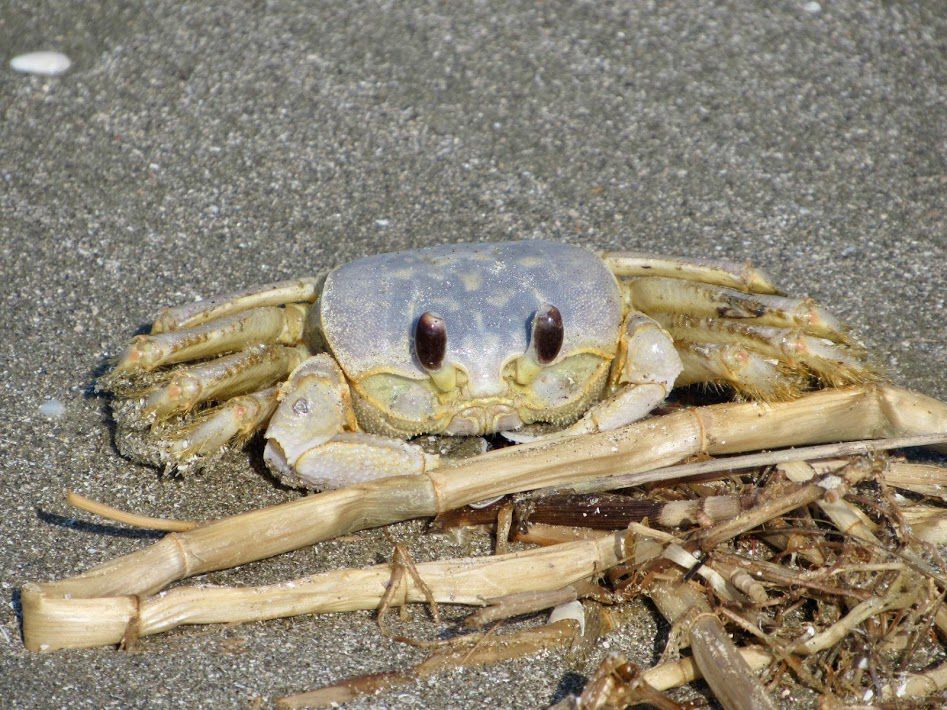 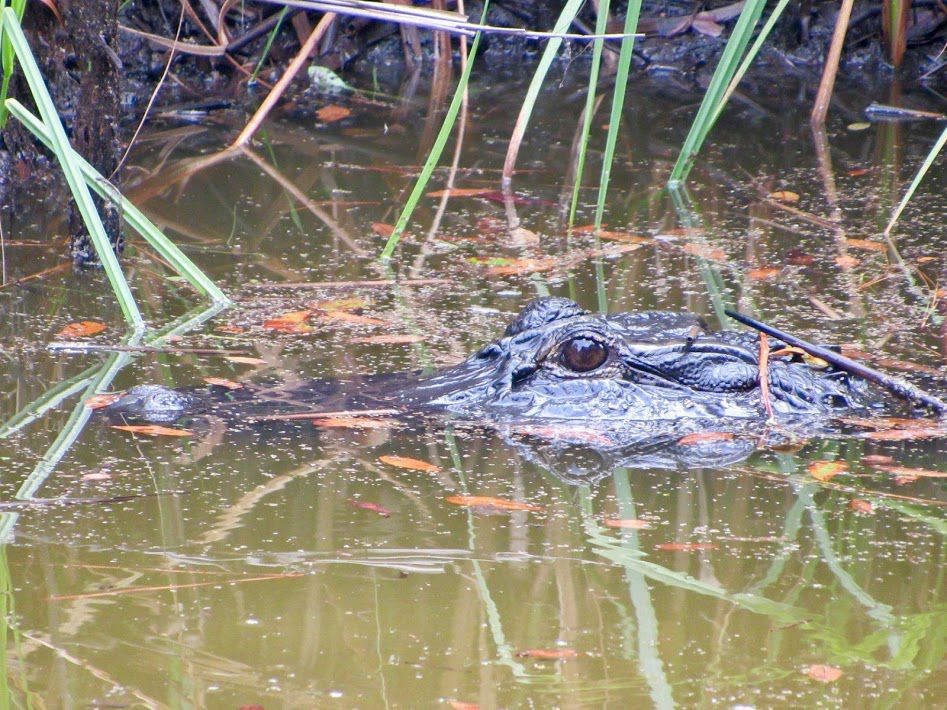 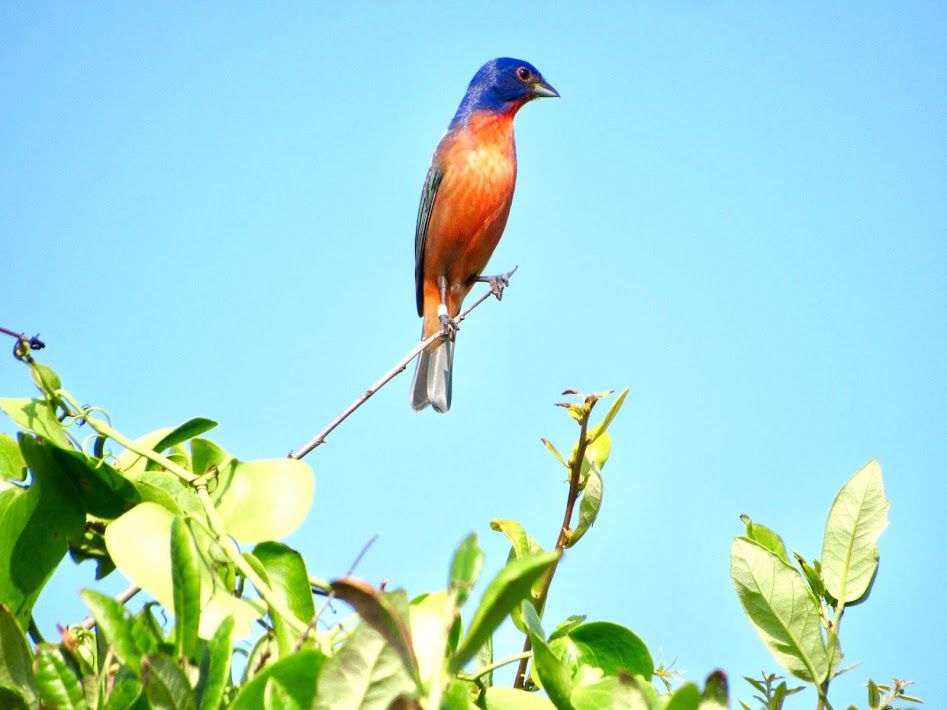 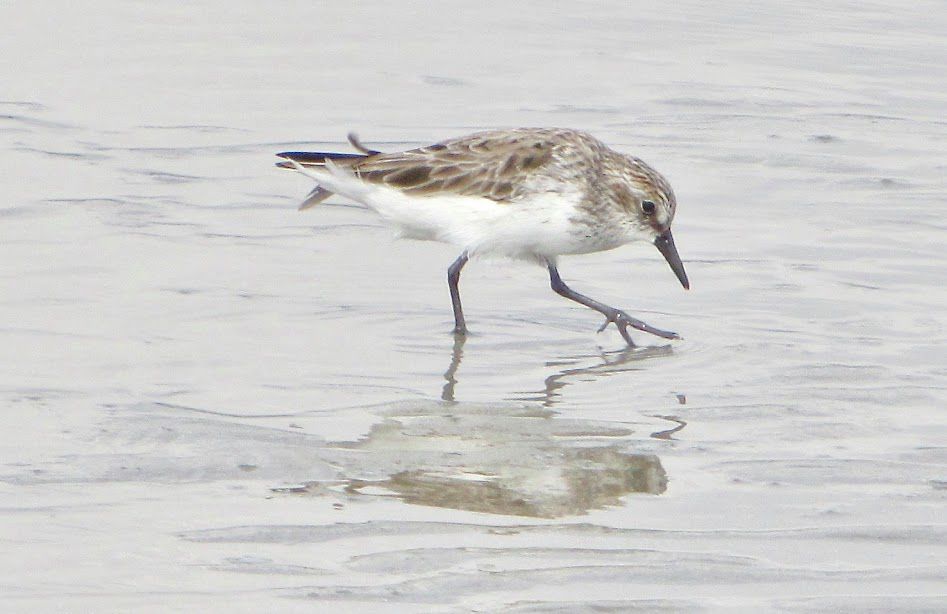 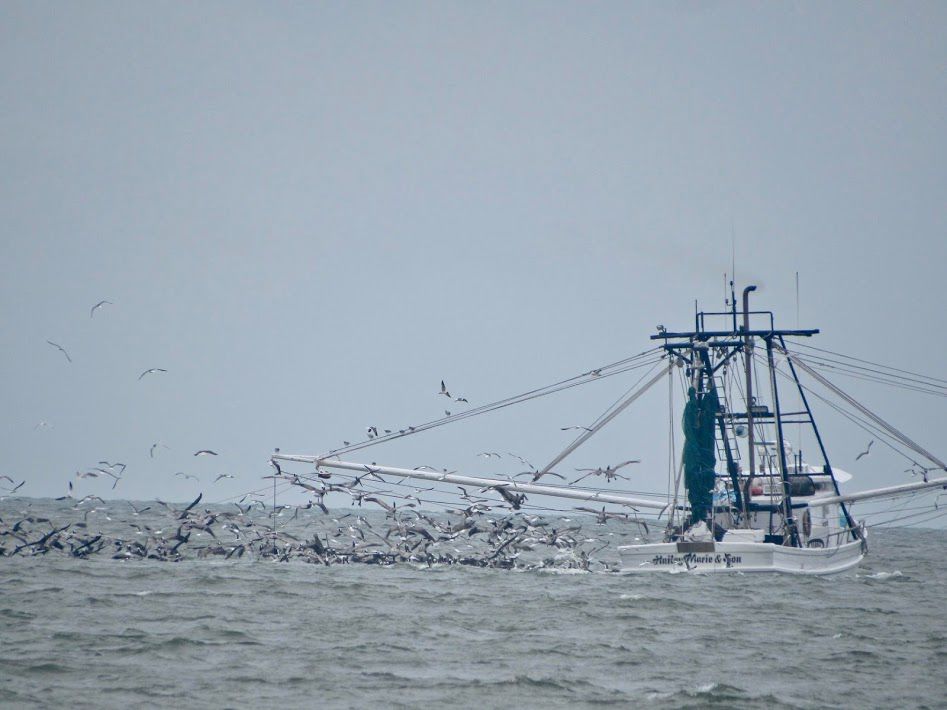 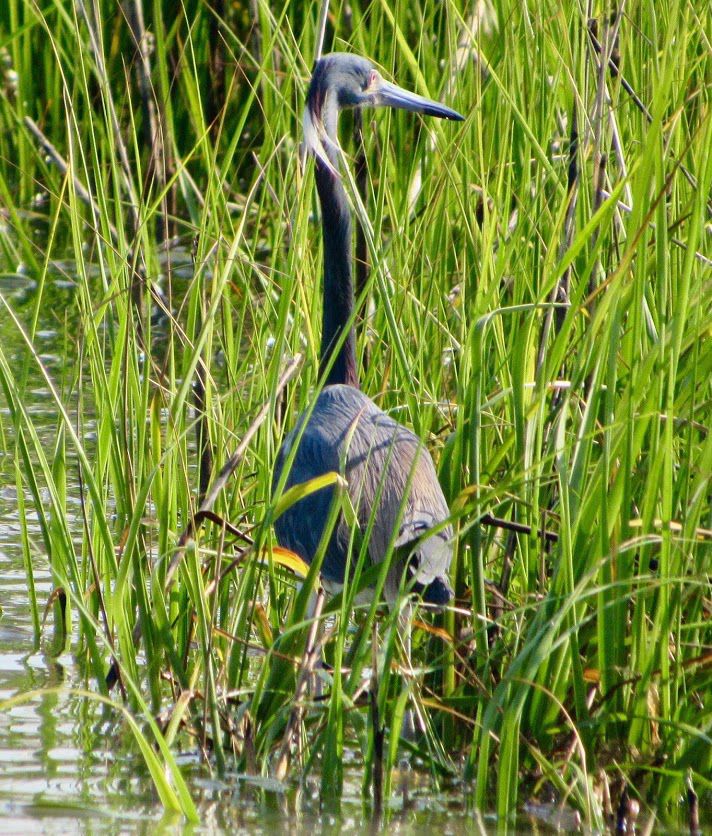 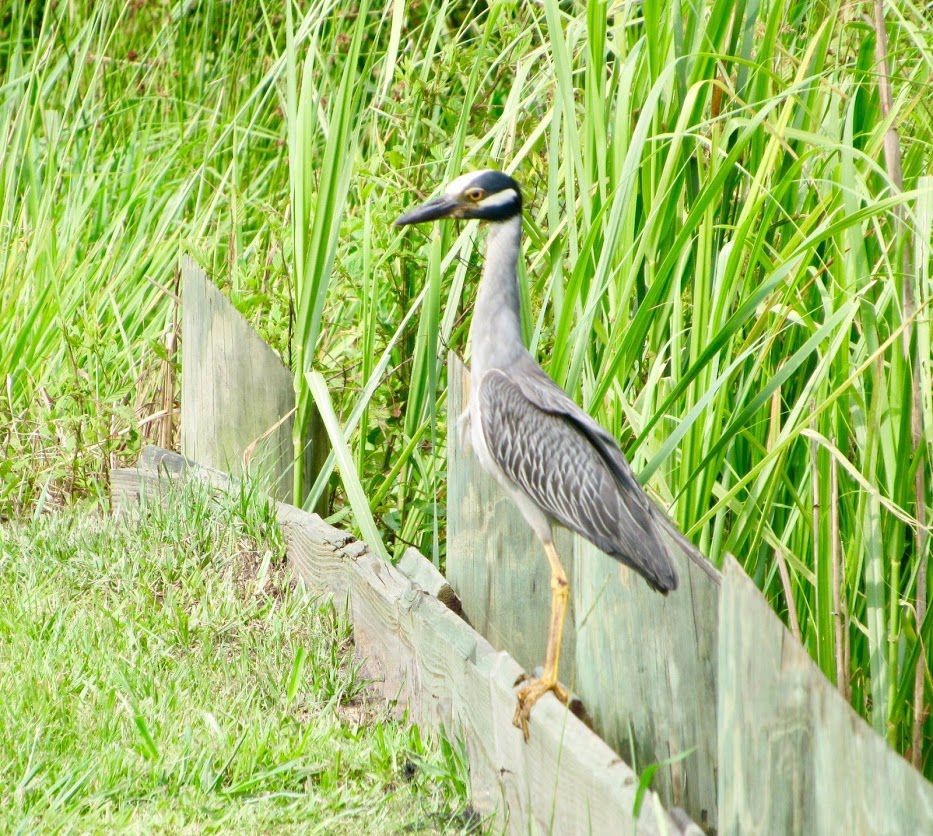 The hot, sunny shores of South Carolina have long held a magical appeal for Ohioans seeking a vacation from the cool, wet springs of the Midwest.

Clear evidence of this can be found in the plethora of license plates from the Buckeye State on the Carolina roads and in parking lots, and in the chance meetings of fellow Ohioans wearing Cavs, Indians and Browns T-shirts.

But the Carolina coast and the surrounding Low Country region near Charleston also can provide an especially exciting opportunity for Ohio birders.

My family has been visiting this part of South Carolina for nearly 30 years, and most recently for a week at the Kiawah Island Resort during the first week of June.

The beaches, pine woodlands and brackish swamps provide habitat for dozens of bird species seldom found in Ohio. And as a reward, the ocean waters are rich with shrimp caught daily by boats typically mobbed by gulls and pelicans, and available fresh at the local seafood markets.

For those birders who prefer to spend their vacation days in swimsuits and sandals, I recommend strolling the beach and listening for a sweet song of rapid warbling phrases emanating from the pines and scrub oaks on the dunes. Chances are the singer is one of the most colorful songbirds in North America: the painted bunting, an eye-catching palette of red, blue, yellow, and lime green plumage. On this trip, we were fortunate to see at least a half-dozen buntings, more than ever before.

The painted buntings didn’t have a monopoly on gorgeousness, however. A brilliant, red summer tanager shared the spotlight, joined by indigo buntings and pine, yellow-throated and Northern parula warblers. On a short tour of Kiawah’s East Beach, we were ogling the multimillion-dollar mansions when Karen Lakus noticed a flash of pink in a pond beside the road: a roseate spoonbill was feeding along the banks, a rare sighting of this stunningly beautiful wader more typically found in Florida. And the spoonbill was accompanied by a wood stork!

While on a morning beach walk the next day, we spotted a flock of American oystercatchers gathered on a sand spit at the western tip of the island. Willets and terns – royal, sandwich, gull-billed and least – shared the ground, and sanderlings scampered along the shoreline. A pod of dolphins leisurely swam just beyond the waves, brown pelicans dived into the ocean in pursuit of fish, laughing gulls begged for handouts from beachgoers, and black skimmers coursed by in formation along the surf.

As dusk settled over the woods surrounding our cottage, the loud, rolling calls of the Chuck-Will’s-Widows, southern insect-eating nightjars, echoed through the trees before the birds embarked on their nightly feeding forays.

One of our half-day birding ventures led us north of Charleston to the Francis Marion National Forest, one of the most reliable locations in the country for finding the endangered red-cockaded woodpecker. Other target species there were Bachman’s sparrows and brown-headed nuthatches. Chances are you won’t encounter any other birders in the seldom-visited preserve.

Another venture took us to the Caw Caw Interpretive Center, a Charleston County park and reclaimed former rice plantation. A kettle of soaring birds overhead featured our first encounters with Mississippi kites, as well as a mix of wood storks, anhingas, vultures and hawks. An osprey offered a thrill as it fended off a bald eagle threatening its chick atop a nest platform.

The canals at Caw Caw contained a healthy population of alligators, and the nature center hosted collections of green tree frogs and green anoles clinging to the walls. Karen also found a barred owl being harassed by woodland birds in the pines by the parking lot.

Before embarking on the 13-hour return drive home, we stopped at a little-known national treasure, Audubon’s Francis Beidler Forest Sanctuary, where a 1.75-mile boardwalk provides a path through a stretch of the Four Hole Swamp and the largest virgin cypress-tupelo forest in the world. Some of the trees are more than 1,000 years old.

A cottonmouth moccasin was curled on a log beside the boardwalk, and a pair of prothonotary warblers flashed across our path like golden beams of sunlight, singing their loud, ringing “sweet, sweet, sweet” songs while gathering insects for their hungry fledglings.

A rare appearance two days prior by a limpkin, a long-necked wading bird from the swamps of Florida, had attracted excited birders to the preserve, but the brown-streaked visitor was nowhere to be found.

At the conclusion of our birding vacation, we tallied our sightings for the week: 79 species, many in unprecedented numbers.

If you visit the Carolina coast and the Low Country, I hope you enjoy the delicious fresh seafood, soak in the sun and surf, and experience the same birding excitement that we had. Let me know. I’d love to hear all about it.

James McCarty is a freelance writer in Cleveland.