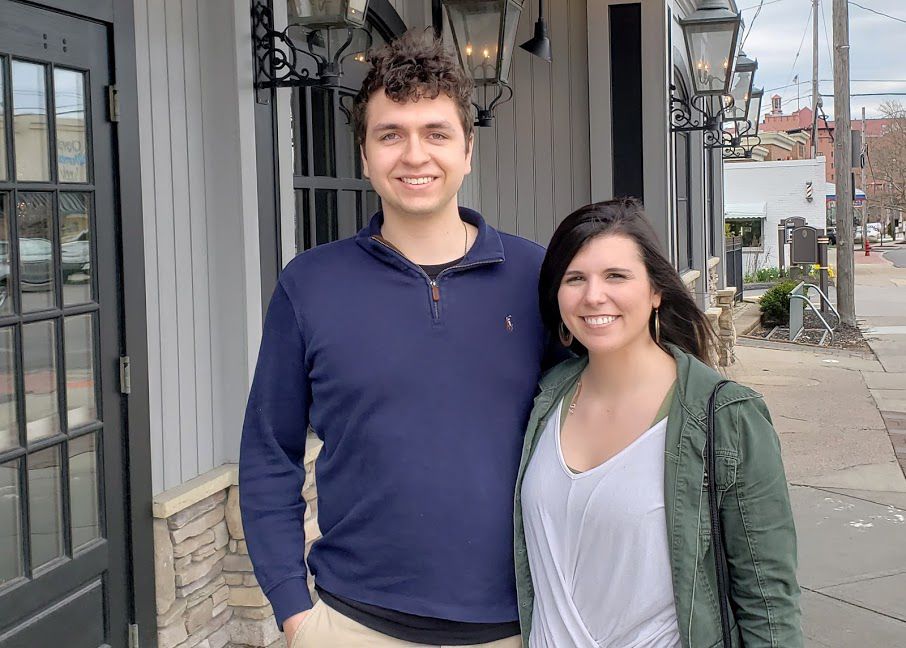 Mark Thorn, a Rocky River native and Angela Rucci of Youngstown are Ohio State University computer science majors who created Tego, a personal safety app that adds a layer of protection for anyone commuting alone. (Photo by Allison Carey) 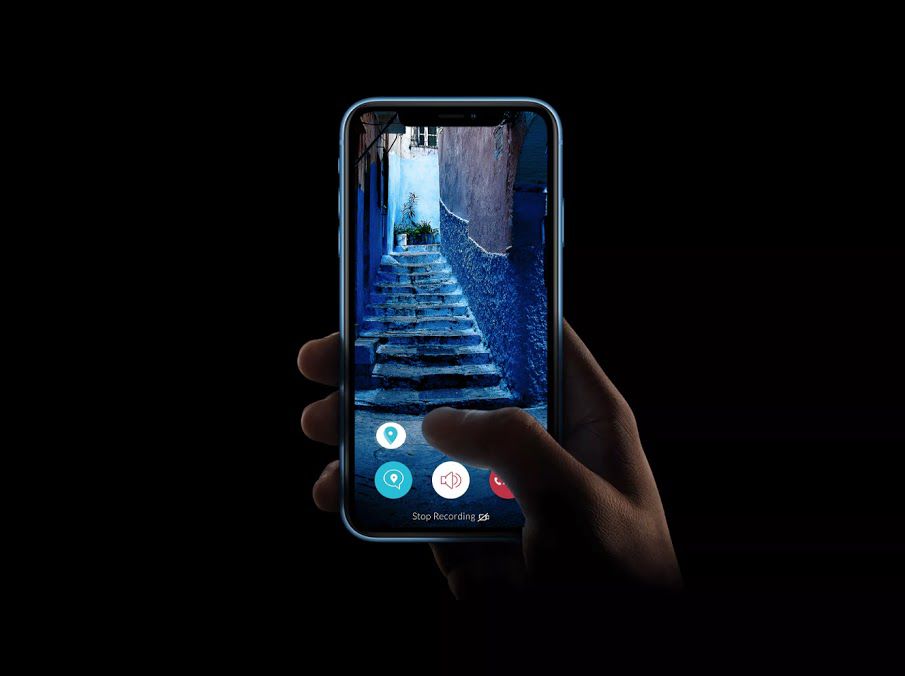 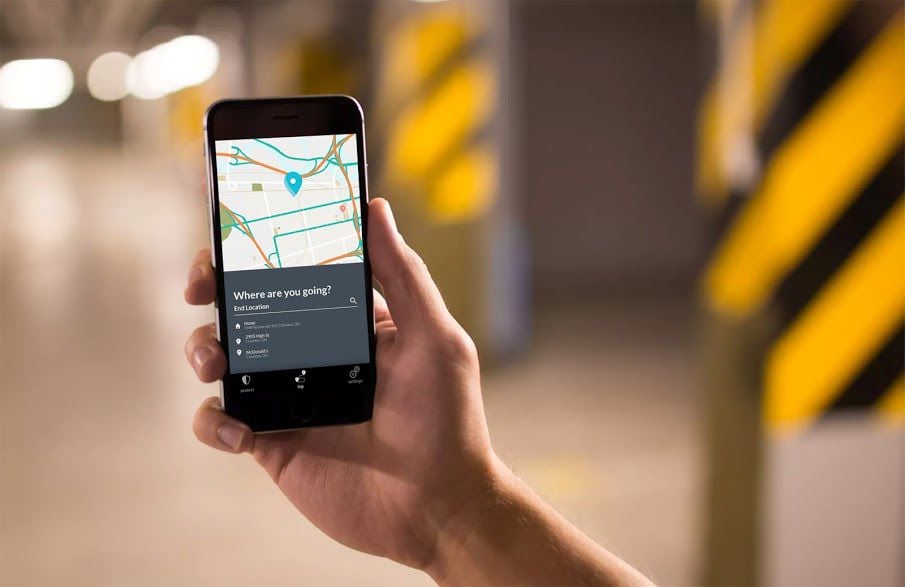 Mark Thorn, a Rocky River native and Angela Rucci of Youngstown are Ohio State University computer science majors who created Tego, a personal safety app that adds a layer of protection for anyone commuting alone. (Photo by Allison Carey)

ROCKY RIVER - You know that uneasy, hairs-stand-up-on-the-back-of-your-neck feeling you get when you find yourself walking alone somewhere after dark? The creators of Tego, a personal safety app, have figured out a way that you, your high school and college students and even your elderly parents don't have to travel alone.

When Angela Rucci, 23, one of the creators of Tego, was a freshman at The Ohio State University, the Youngstown native was assaulted by a stranger while she shopped at a grocery store. She made it to safety, but from that day forward relied on her father, who stayed on the phone with her whenever she commuted alone.

As the idea to create something to help others safely get from one place to another took shape, Rucci developed the idea and won the 2018 OSU OHI/O Hackathon, a 24-hour computer coding challenge. She then enlisted fellow student and Rocky River native Mark Thorn, 21, to join her. Together they created everything from concept to coding.

“Tego (pronounced Tae-go) is named for a magical spell in the Harry Potter world called Protego that puts an invisible shield around you and our app is sort of that invisible shield,” Rucci said .

The computer science majors are preparing to graduate next month with plans to work on Tego full time. It's a startup they plan to build into a full-fledged company. Now, they are a team of five and hope to see Tego used in cities, college campuses and beyond.

Rucci, who says she wasn't sure what she wanted to study in college, said it was her ACT tutor who told her that she would be good at software engineering. Coding is related to math and logic and it suits her.

“I wanted to work for Google, but now I want to work on Tego.” Rucci said. “I'm a female tech founder. That's kind of rare. I was one of the few women in my classes and I didn't start coding until college. I felt out of place and even unintelligent at times as fellow male students let me know that they had been coding since birth. I worked really hard to prove myself doing side projects on weekends and I taught myself new languages until I surpassed many of the guys in my classes.”

Thorn, a 2016 graduate of Rocky River High School, will graduate from college a year early and said he always knew that computer science was for him. “My older brother was into computers and my dad is an engineer,” he said. “I built my first computer when I was 11.”

The concept is easy. “Tego believes in the universal right to safety for everybody, it's meant to be one of those layers of security you can have through technology,” Thorn said. “Our main focus is to serve the community and keep people safe in an increasingly more connected world. We have strangers driving us, delivering our food, we're living in strangers’ homes when we rent an Airbnb.”

The app is easy to work. “You, the 'traveler' has to register with basic information like name and phone number. You set where you're going. You choose up to 10 friends or family to protect you on the way and with two taps you can start your trip,” Rucci said. “Your friends, the 'protectors' get a text that you're leaving, where you're going and when you should be arriving. Protectors will also know the speed you're moving, so if you're supposed to be walking but you're traveling at 40 miles per hour in the wrong direction, they will know something is wrong. They'll be notified when you arrive, if you don't, if you've swiped the 'I feel unsafe' feature, if you've called 911 or if you want your protectors to call 911 and your phone's battery percentage. Protectors are able to report your location to authorities and you're able to record and send audio and video of the situation.

“We're trying to connect people through technology. Also, having your friends and family involved adds another layer. They will know if you're having trouble with a stalker or involved in a domestic violence situation. A police call center wouldn’t know any of those things about you.”

Knowing that wandering around in any situation with your head buried in your phone makes you vulnerable, Rucci and Thorn designed Tego to work while remaining in a pocket, out of sight. Users can swipe to let the system know they feel unsafe, use two taps to call 911 and can start recording without staring at the screen.

“We want users to walk around looking and feeling confident and we don't want their phone stolen out of their hand. Phones cost close to $1,000 and 11 percent of phone thefts in the United States happen as phones are stolen right out of your hand,” Thorn said.

“We're also working on a feature that could come out in August, that if your phone is either thrown or tossed it would automatically engage the 'I feel unsafe' mode and alert your protectors, who can call 911,” Rucci said.

Tego is a free app and the program is designed to share some analytics with the universities that Rucci and Thorn have partnered with. While they do not share personal information, they do share details like where students have reported feeling unsafe and where students were when they called 911. This allows the university the tools to better station their police force and add security.

Tego launched on Apple IOS systems on March 1 and already has 1,000 users. Tego will be available on Android systems on Aug. 1. With the help of sororities on the OSU campus, the word on Tego is spreading fast. “We've also found that parents are really passionate about the product,” Thorn said. “They can make sure their kids are safe, from new drivers to college students, they can make sure they get home safely.”

“We've created a way for parents to get that level of safety with their kids without resorting to secretly tracking them,” Rucci said. “This way the kid is involved and it adds a level of responsibility and trust. Mostly, we want to respect the user.”

With a worthy idea and the know-how, Rucci and Thorn will likely change the lexicon as people all over start to say “Just Tego me when you leave.”

Learn more about Tego at https://tego.tech/

Allison Carey is a writer and photographer from Rocky River.