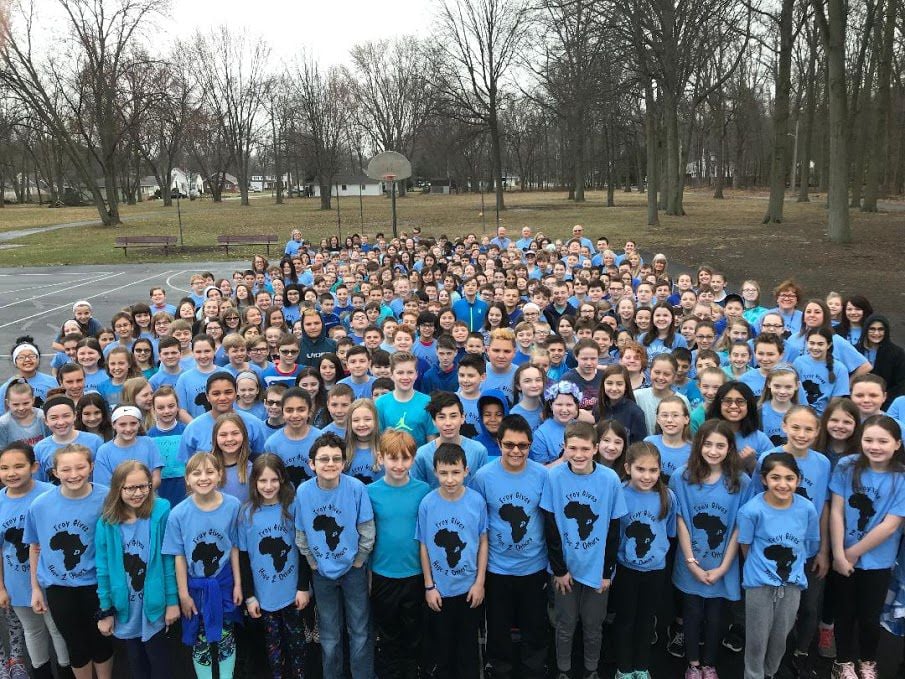 Troy Intermediate School students show off the T-shirts they created and sold as a fundraiser for schools in Uganda without running water. 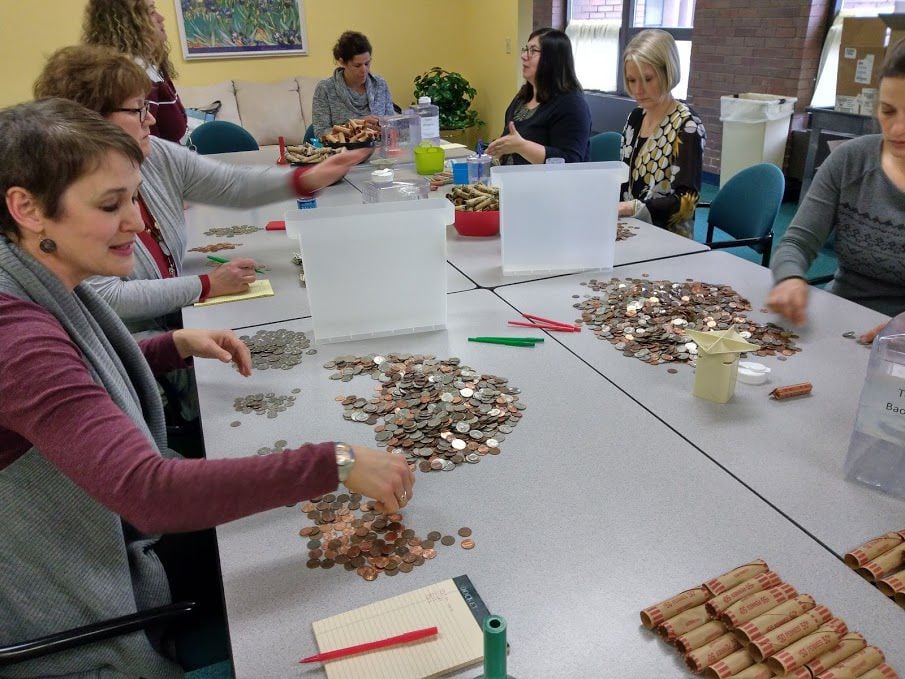 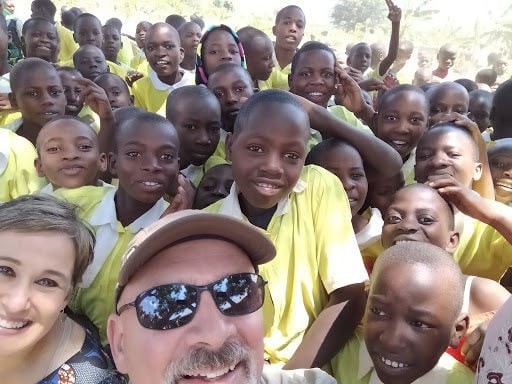 Avon Lake residents Patty and Doug Brodke, bottom left, received a warm welcome from children in Uganda after raising funds for a water purification system for the students’ school. Patty is a teacher at Troy Intermediate School in Avon Lake. 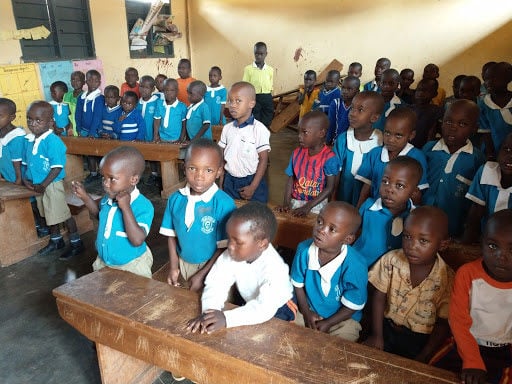 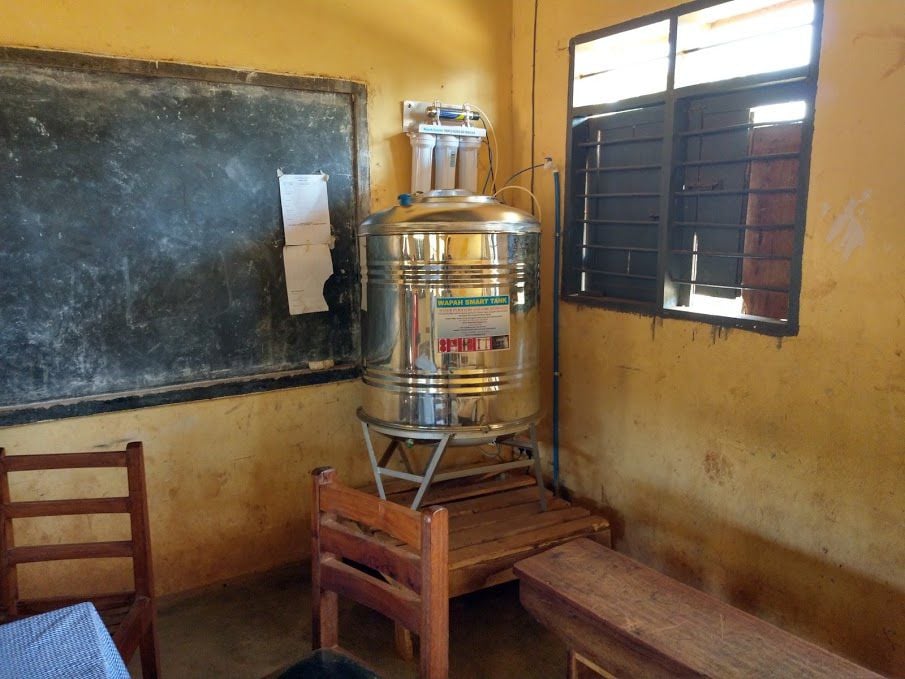 Water purification systems such as this provide running water for schools in Uganda.

Troy Intermediate School students show off the T-shirts they created and sold as a fundraiser for schools in Uganda without running water.

Avon Lake residents Patty and Doug Brodke, bottom left, received a warm welcome from children in Uganda after raising funds for a water purification system for the students’ school. Patty is a teacher at Troy Intermediate School in Avon Lake.

Water purification systems such as this provide running water for schools in Uganda.

AVON LAKE - Troy Intermediate School students can’t imagine a school without running water…and thanks to their recent fundraising efforts, students at two schools in Uganda, Africa, don’t have to either.

Students helping students was the mantra of these fifth- and sixth-graders when they set out last month to raise money for two water purification systems at two schools in rural Uganda.

The initiative surfaced when 2013 Avon Lake High School graduate Emily Brodke, 23, told her parents that four schools in her rural service area did not have running water. Brodke joined the Peace Corps after graduating from Kent State University and has been stationed in Uganda the last 18 months.

Parents Patty and Doug Brodke reached out to family, friends and fellow Holy Spirit parishioners and raised the $2,200 needed for a water purification system for one of the schools. Emily and her parents were elated and grateful.

So were the Ugandan students. The Brodkes found out firsthand when they visited their daughter in Uganda.

“The kids had a celebration for us,” Patty said. “It was a life-changing experience. We knew we had to get the rest (of the systems for the other three schools).”

Patty shared the experience and photos with her Troy Intermediate School coworkers, and teacher and student council adviser Lana Jones took on the initiative as a student council project “to impact the lives of children on the other side of the world,” she said.

Project Clean Water was hatched, and Troy students had a goal of raising $4,400 for two water purification systems.

Student council collected “change for change,” sold T-shirts with the help of teacher Heather Dalgleish and accepted donations from the 608 students that included birthday money, piggy-bank savings and allowance.

Some Troy students managed a coffee cart on Fridays to sell coffee and snacks to teachers and staff, and the middle-school entrepreneurs donated all their tips to Project Clean Water.

Patty said there was also plenty of friendly competition between homerooms.

At the end of the month, Troy Intermediate raised nearly $6,000, surpassing its $4,400 goal — enough money to purchase the two additional water purification systems for the other schools in Emily’s Peace Corps service area. The extra money will be used to buy supplies, provide maintenance and/or start a fund toward the fourth purification system.

"I am beyond proud and touched by the incredible efforts made by the students of my former middle school and many of my former teachers,” Emily said. “Troy has ensured that many Ugandan students, as well as teachers, can continue to go to school and continue to learn, grow and achieve without the obstacle of sickness from unclean water. It is amazing to me to see the impact of my community halfway around the world.”

Jones was also proud of the students’ efforts.

"In student council, we teach the students citizenship and responsibility," Jones said. "We've done Penny Wars in the past, but have never reached out globally with our donations. We have 48 students in student council, and I am proud of their efforts to take on this project. They designed the posters we have throughout the school and have drafted scripts to read on the morning announcements to raise awareness. Student council members meet after school and the students have also worked during their recess time on this project."

The school also took Operation Clean Water a step further by reading "A Long Walk to Water," which tells the story of Nya, an 11-year-old girl from South Sudan who walks eight hours to fetch water, and "The Water Princess," a story that highlights how hard children in other countries work for water every day.

“Our students help within our school, within the community and now globally within the world,” Patty said. “This renews your faith in humanity. I’m so touched.”