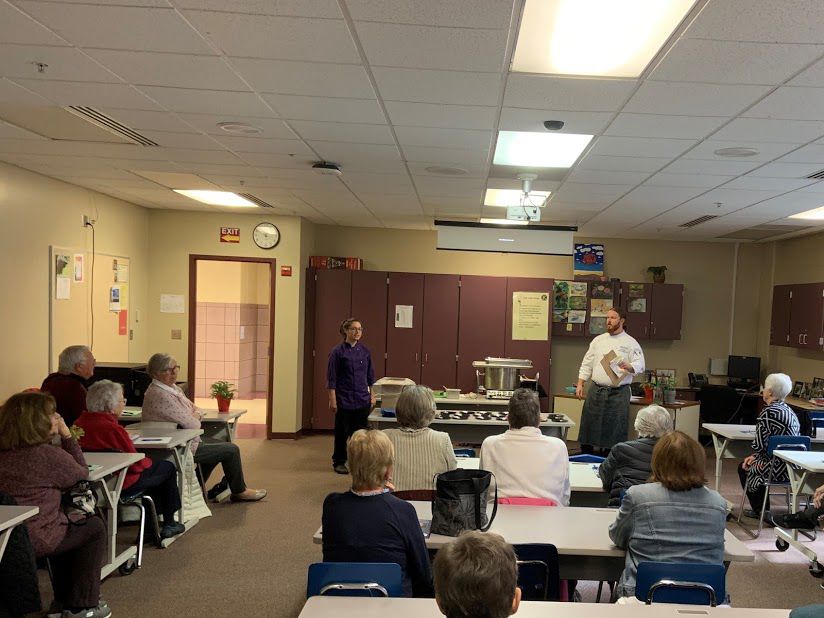 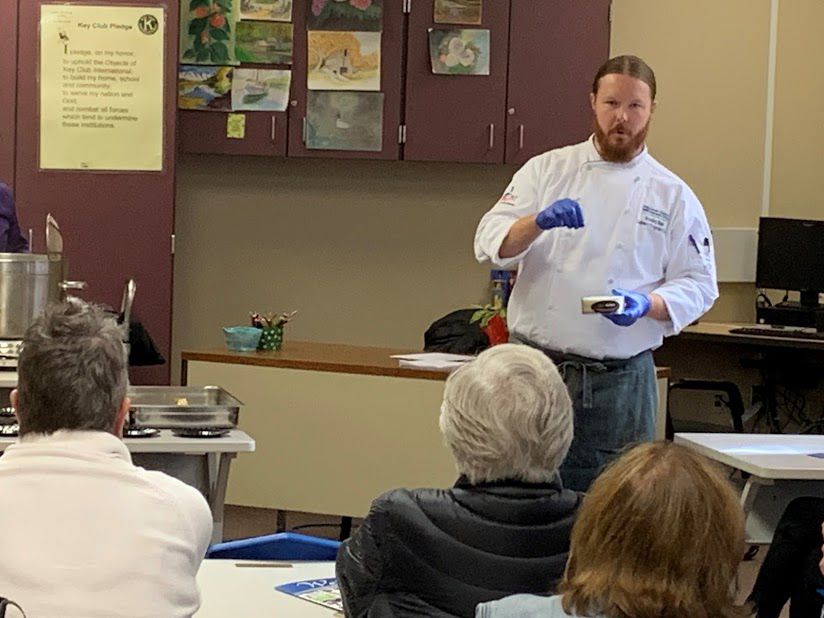 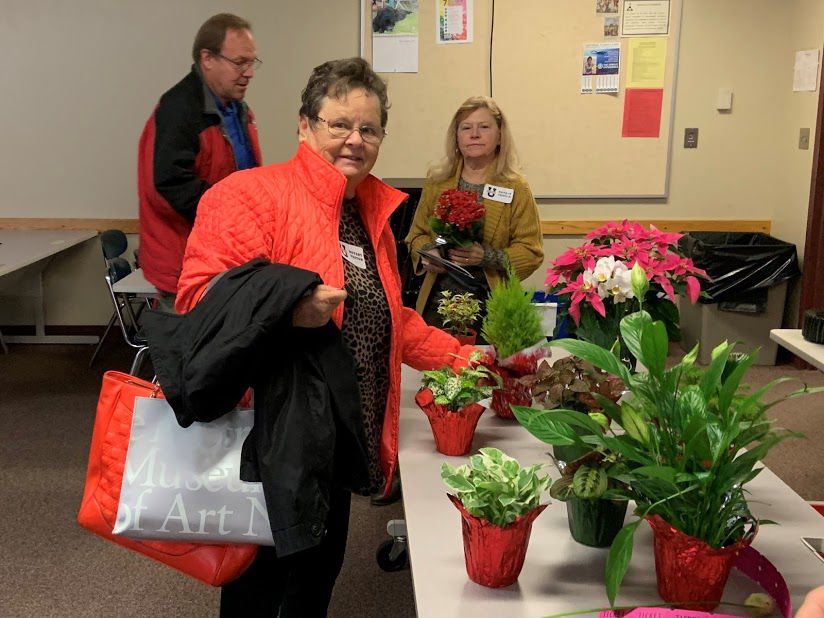 What do Michaelangelo, Christmas cactus, butternut squash ravioli, scam prevention, downsizing and baseball have in common?

Avon Lake resident Barbara Caldwell arrived at the Commons excited and ready to learn. “It's something different to do and an opportunity to learn something new,” Caldwell said.

She and her husband, Jim, felt just as enthusiastic at the end of the program, which ran from 9:30 a.m. to 2 p.m. They had already ordered tickets for the Michaelangelo exhibit at the Cleveland Museum of Art based on a presentation by artist and art historian Sean Crum.

Rotary President Joe Matuscak said the organization was looking for a project to connect more people to each other and the Rotary. Having the event at the high school gave participants an opportunity to see a building they may never have visited, he said.

More than a dozen trooped into a classroom where Ted Forthofer answered the question, “What are your collectibles worth?” The realities of the marketplace mean that the purchase price of a much-loved item has no bearing on resale price, he said. Forthofer reviewed several strategies, including selling at auction, donating to charity or gifting. A series of slides showed items that sell fairly well such as mid-century wood furniture or clocks.

Down the hall, Pettiti Garden Center's Noelle Akin introduced participants to plants that will brighten the house during the holidays and beyond. She passed several around the room, explaining that some plants should be touched to judge their health and whether they are getting enough water and light. As the session ended, she gifted plants to participants.

Avon Lake Police Detective Sgt. Reed Reikowski was clearly pumped up about helping seniors protect themselves against scammers. Several said they'd been targeted. Reikowski distributed a tips sheet along with coffee mugs and water bottles while suggesting retorts they could use on potential scammers.

A participant said he was called by a scammer trying to trap him into believing his grandson was in trouble. “Oh, you mean Dave?” he asked the scammer. At that point he hung up because he has no grandchildren by that name. Reikowski applauded the maneuver and urged people to call the department any time they have a concern.

Instructor Brad Ball and alumna Marisa Goodman from Lorain County Community College's Culinary program explained the finer points of preparing pasta for ravioli. After filling it with mashed butternut squash, they boiled the pasta, adding a ginger brown butter sauce and crushed ginger snaps to the top before serving it to their audience.

Following lunch in the cafeteria, where the school's jazz band performed, Cleveland Indians Senior Vice President for Public Affairs Bob DiBiasio shared details about the team's nearly 120-year history and hints about its future. DiBiasio previewed his talk during a phone interview.

Next year marks the 100th anniversary of the Indians’ first World Series victory. As for the recently ended season, he said he intended to remind the audience that the Indians won 93 games. “We're the first team in history to win that many games and not get into postseason play,” he said.

DiBiasio also planned to touch on “how we go about building a championship baseball team.” He said the team is much larger than the 25-member active roster. With farm teams in Columbus, Akron, Lake County, Mahoning Valley, Arizona and the Dominican Republic, the organization has 200 players.

There are dozens of professionals to support their development, including nutritionists, sleep specialists and sports psychologists. “We have a holistic approach to create the best athlete, the best teammate,” DiBiasio said.

Character is as important as playing ability, he said. He also proudly points to the diversity in the organization, which boasts players from Venezuela, Mexico, Taiwan, Puerto Rico and across the United States.

DiBiasio expressed high praise for the Dolan family and its commitment to the community. The Dolans, who bought the Indians in 2000, are the longest-term owners in franchise history.

Matuscak said he was very pleased with the day. Superintendent Bob Scott, a longtime Rotarian, agreed. He had arranged for 20 students to serve as ambassadors, helping seniors locate classrooms and providing other assistance, an experience that ninth-grader Kendra Robert-Atsu said was fun.

“We're thrilled to have an opportunity to show what good kids we have,” Scott said. “It's different from what they see on the news.”

Michele Murphy can be reached at avonlakemurphy@gmail.com.