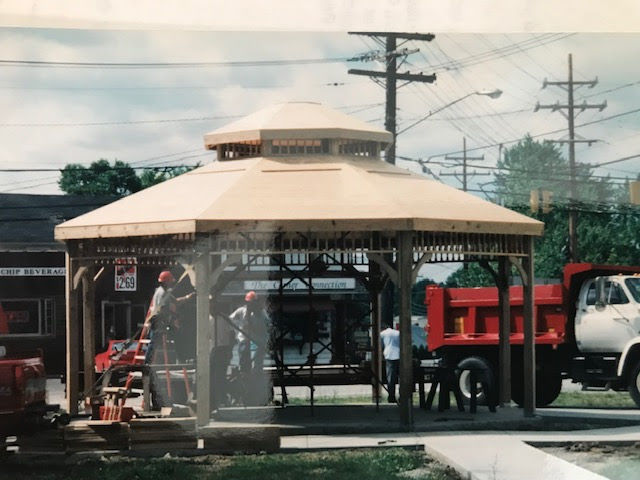 This photo from the summer of 1999 shows the construction of Heritage Gazebo at the corner of Detroit and Stoney Ridge roads in Avon. 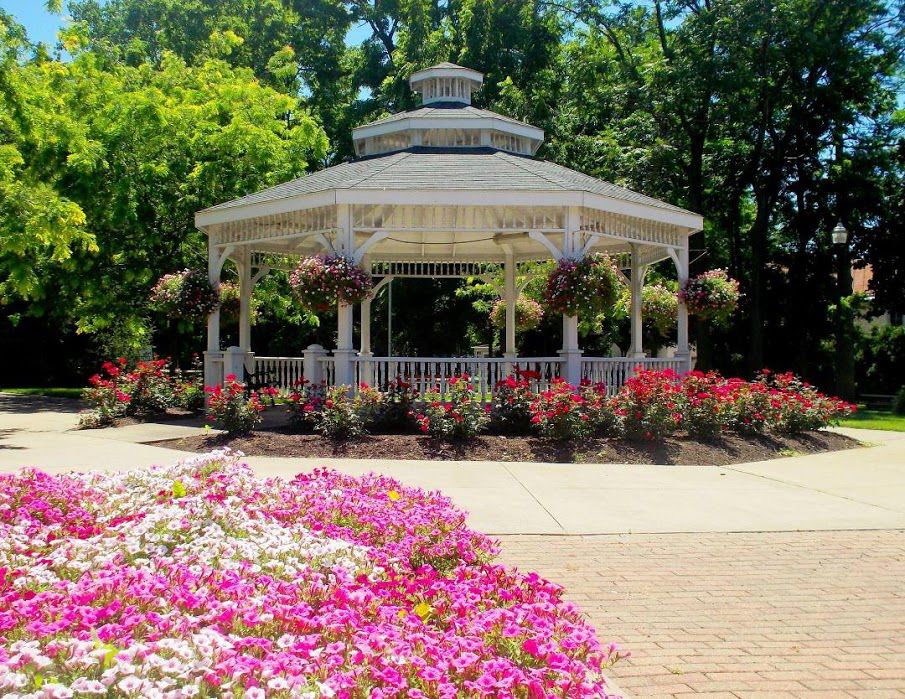 This recent photo of Heritage Gazebo in Avon shows what the structure looks like today. The gazebo celebrates its 20th anniversary this year.

This photo from the summer of 1999 shows the construction of Heritage Gazebo at the corner of Detroit and Stoney Ridge roads in Avon.

This recent photo of Heritage Gazebo in Avon shows what the structure looks like today. The gazebo celebrates its 20th anniversary this year.

AVON — Heritage Gazebo, at the corner of Detroit and Stoney Ridge roads, celebrates its 20th anniversary this year.

The gazebo was built during the summer of 1999 through the efforts of the French Creek Foundation and the city of Avon. It was dedicated six months later at the foundation’s holiday tree lighting ceremony. (The French Creek Foundation held its annual Tree Lighting Festival at the gazebo for the next 10 years before relocating it to its current site at Olde Avon Village, 36784 Detroit Road, to accommodate growing crowds).

“Heritage Park and Heritage Gazebo were meant to serve as a city center,” Burik said. “The French Creek District goes between routes 83 and 611 (along Detroit Road).”

Burik, an architect by profession, who also served on the city’s planning commission, had a vision: The gazebo would serve as a central spot for residents to gather, meet, gain information and hold city events.

However, that vision was far different from the intersection’s southwest quadrant at the time, which Burik said included a vacant, boarded-up gas station.

The city purchased the land around the mid-1990s, and Burik’s vision began to take shape. He drew up plans and a rendering. In 1997, the French Creek Foundation started a fundraising campaign, selling engraved paver stones to line the park’s walkway and to pay for the cost of the gazebo, which Burik said was in the $50,000 range.

The city, which owns the land and the structure, paid for the concrete work, and the rest came from the campaign and in-kind donations from local businesses, including Misencik Funeral Home and AJ Nagel Electric.

“It was an effort by the people of Avon,” Burik said.

From the beginning, Burik said the gazebo was ahead of its time, designed as an ADA-accessible building that would accommodate all Avon residents.

Burik said he passes the gazebo several times a week and is proud to have been involved in this project that shaped his adopted hometown’s center.

“It feels good to have had your hands in the master plan,” Burik said.

French Creek Foundation, formerly known as the French Creek Development Association, was formed in 1993 by a group of people who had a common vision to develop and revitalize Avon's French Creek District. The nonprofit corporation conducts improvement and beautification projects in the public areas of the district. For more information, visit frenchcreekfoundation.com.

Editor’s note: This story originated as part of Avon Branch Library’s Oral Histories Project. The library kicked off its Oral Histories Project last year to preserve the city’s past one story at a time. Librarian Erika Bobka and library associate Corey Knick are talking to longtime Avon residents, recording their recollections and photographing them and artifacts they share during the informal sessions. Avon Branch Library will be sharing photographs from these storytelling sessions on a monthly basis.

If you have an Avon story to tell or artifact to be photographed and would like to be part of the Avon Oral Histories Project, contact Avon Branch Librarian Supervisor Donna Kelly Sprinkle at 440-934-4743 or visit lorainpubliclibrary.org and click on the Avon Branch page.