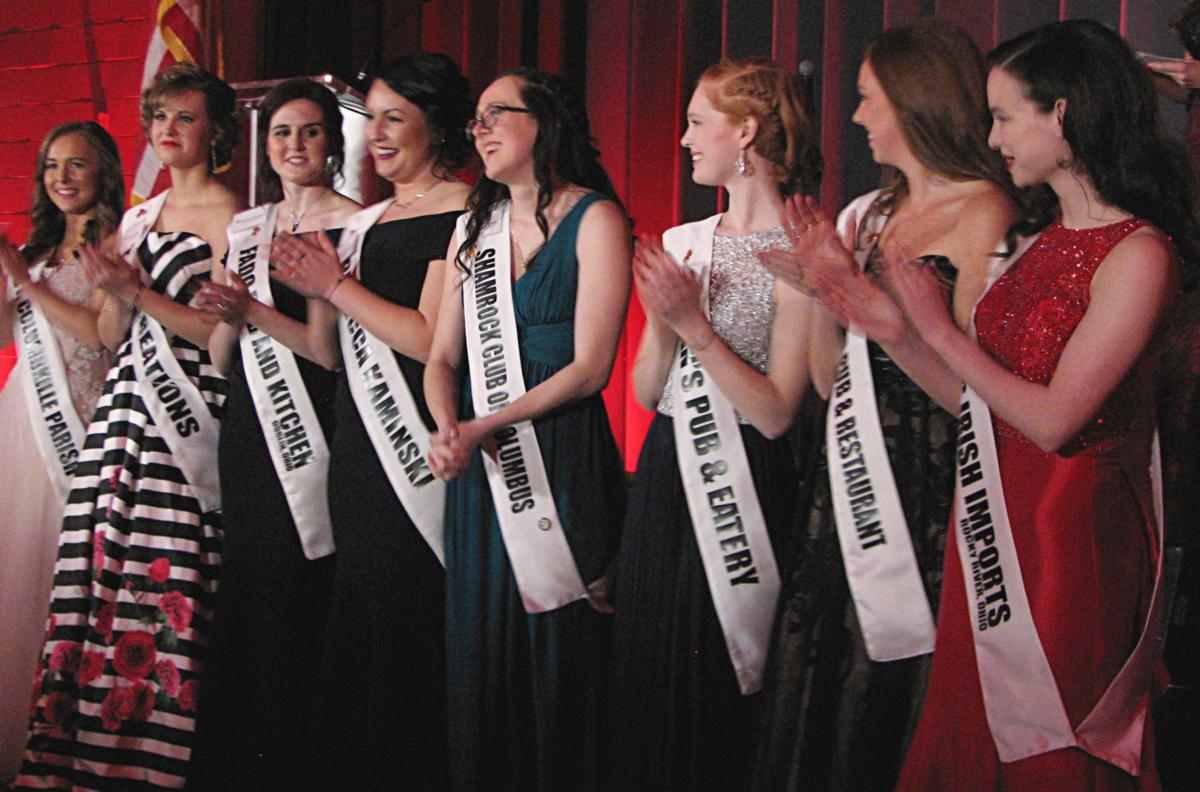 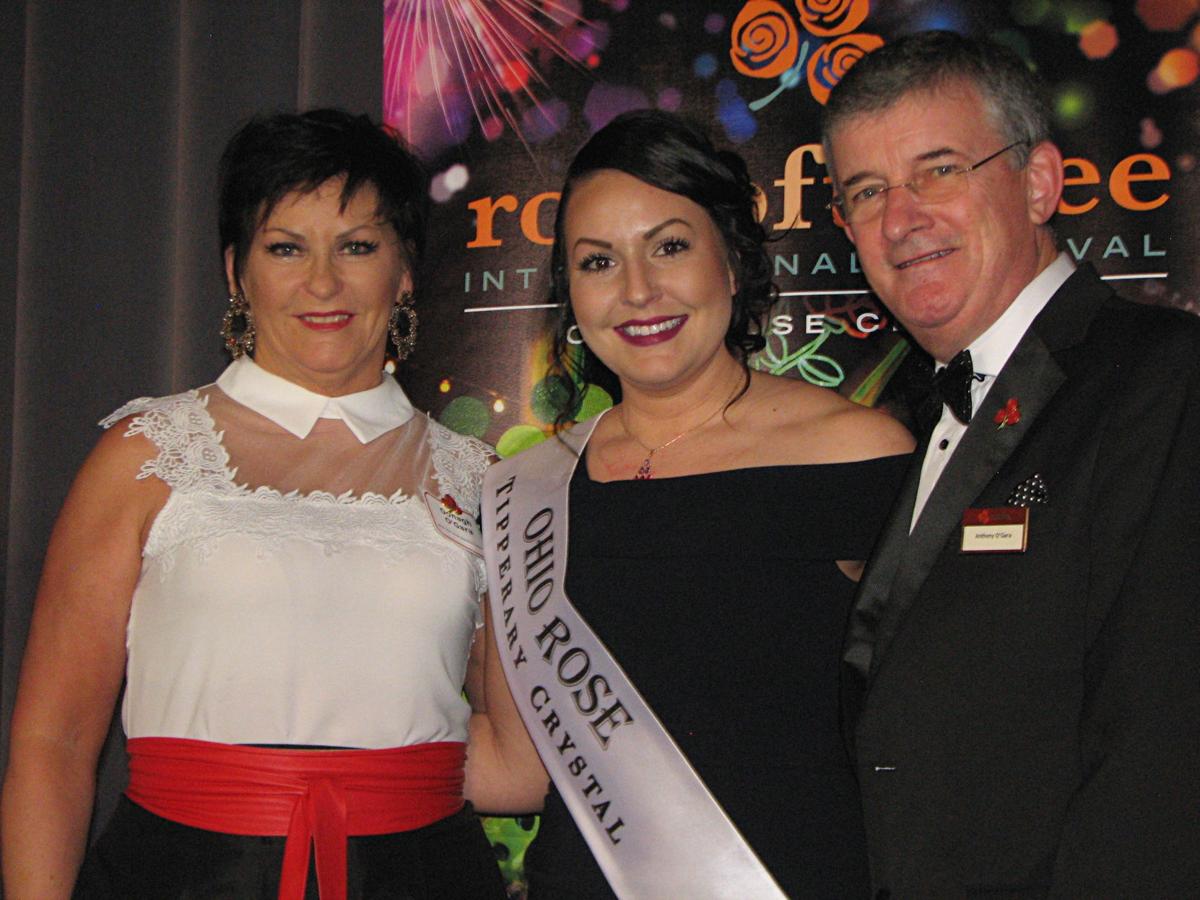 The 2019 Ohio Rose of Tralee Danielle Goebel, center, poses with Anthony O'Gara, the executive chair of the Rose of Tralee International Festival, right, and his wife, Oonagh. 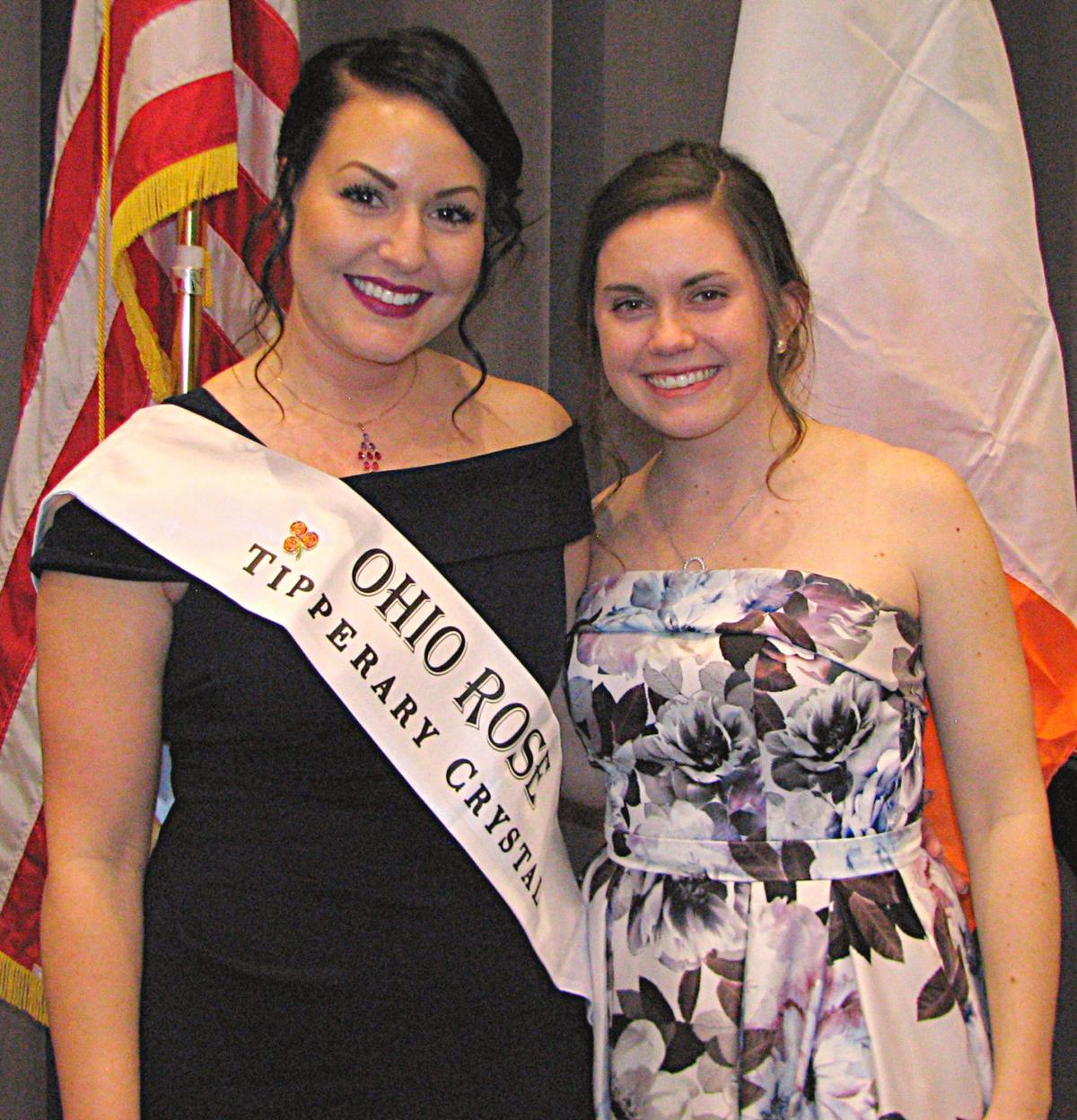 The 2019 Ohio Rose of Tralee Danielle Goebel, center, poses with Anthony O'Gara, the executive chair of the Rose of Tralee International Festival, right, and his wife, Oonagh.

WESTLAKE - The new Ohio Rose of Tralee, Danielle Goebel, took over the title Saturday night from a distant cousin, Erin Stefancin, although the two had never met until the previous week.

Goebel's great-grandfather, Tom Fox, was the uncle of Stefancin's grandfather, Sean Fox, and sponsored him when the latter emigrated from Ireland to the U.S. in 1957. Sponsors accept financial responsibility for a person coming to the U.S. until the immigrant can support himself.

Goebel was named the 2019 Ohio Rose during a selection ceremony attended by about 120 people at Crocker Park's Market Square Pavilion. The 27-year-old was one of eight young women vying for the Rose title, based on a 19th-century Irish ballad about unrequited love. She'll travel to Tralee, Ireland - Westlake's sister city - in August to compete against 32 other women of Irish heritage from around the world for the International Rose title. Judging is based on communication skills, poise, personality and talent.

Stefancin's attainment of the Ohio Rose title last year wasn't the reason for Goebel's decision to apply. Instead, Goebel said her aunt - Rose Barrett, an Irish native who moved to the U.S in the 1950s - had been urging her to enter for several years. Goebel also said her paternal grandmother, a native of County Mayo, had wanted one of her granddaughters to become a Rose of Tralee.

The birth of Goebel's son, Landon, four years ago delayed her application for a few years, she said. Eligibility for the Rose of Tralee contest, created 60 years ago by Tralee businessmen hoping to draw tourists to the southwest Ireland town, is for unmarried women, ages 18-29. Single mothers have been permitted to participate since 2008.

Goebel, a sales representative at Group Management Services, plans to fully include Landon in her Tralee experience.

"He'll be excited," she said when asked what his reaction will be to his mother's new title. "I'll say, 'We're going to Ireland!'"

The University of Akron graduate has been to the Emerald Isle once before, in the summer of 2001 on a family trip. She said she's looking forward to meeting the other participants and making memories.

Anthony O'Gara, the executive chair of the Rose of Tralee International Festival, travelled to Westlake to attend the selection ceremony. He said he has heard numerous stories of familial connections like those of Goebel and Stefancin among the festival participants during his 15 years running the program.

The purpose of the Rose of Tralee program, he said, is to celebrate Irish people all around the world.

"We celebrate the Irish Diaspora through exceptional young women, because we recognize that young women, and women throughout their life, are probably the people who hold us all together," O'Gara said.

"We are of the belief that if you take exceptional young women and put them on a pedestal, they'll become friends together, they'll become stronger together and they'll realize what they are capable of more by going through that experience," he said.

The Rose festival may be a bit old fashioned, O'Gara said. "But it's as young and it's as vibrant as the people who are involved," he said.

And in recent years, several Irish commentators have said the participants themselves have made it relevant by their own life stories.

At the 2018 International Rose finals, another single mother, Shauna Lay Racey from County Carlow, moved many audience members by describing her own mother's addiction to heroin. The news she would be a grandmother helped spark her recovery.

The 2018 title was awarded to Kirsten Mate Maher, of County Waterford, the first International Rose with African ancestry.

Reflecting on her own tenure as the Ohio Rose for 2018, Stefancin said it was all about making connections.

"I know people from Australia, Ireland, England, all throughout the world," said Stefancin, a West Park native who now lives in Columbus.

Stefancin recalled how, during the 2018 International Rose Festival, she joined Tralee Mayor Graham Spring in unveiling a monument to lunar explorer and Ohio native Neil Armstrong. The astronaut, a reluctant public figure, made a rare public appearance in Tralee in 1997 in conjunction with a NASA-sponsored space exhibit.

The Ohio Rose program is run by Westlake World Partners, a nonprofit corporation created by civic leaders to promote the suburb's sister-city relationships.