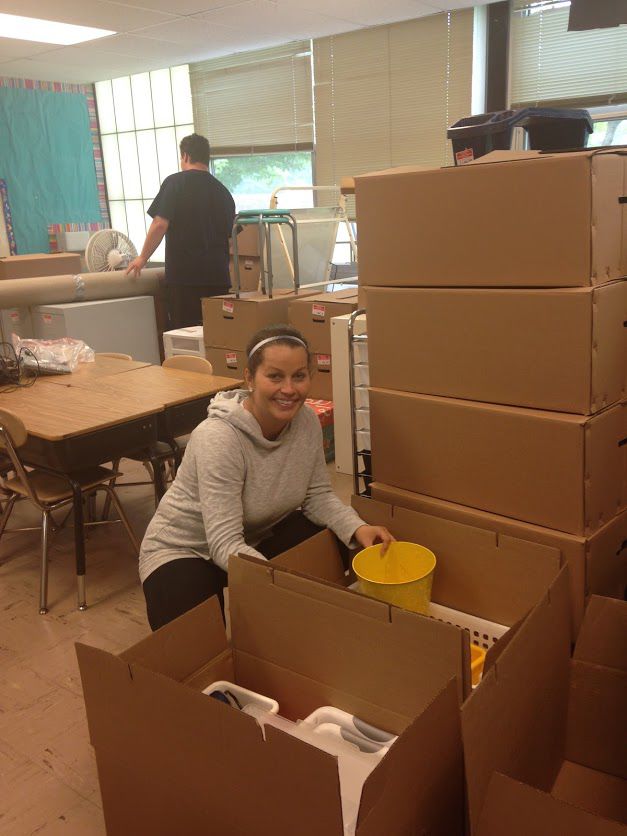 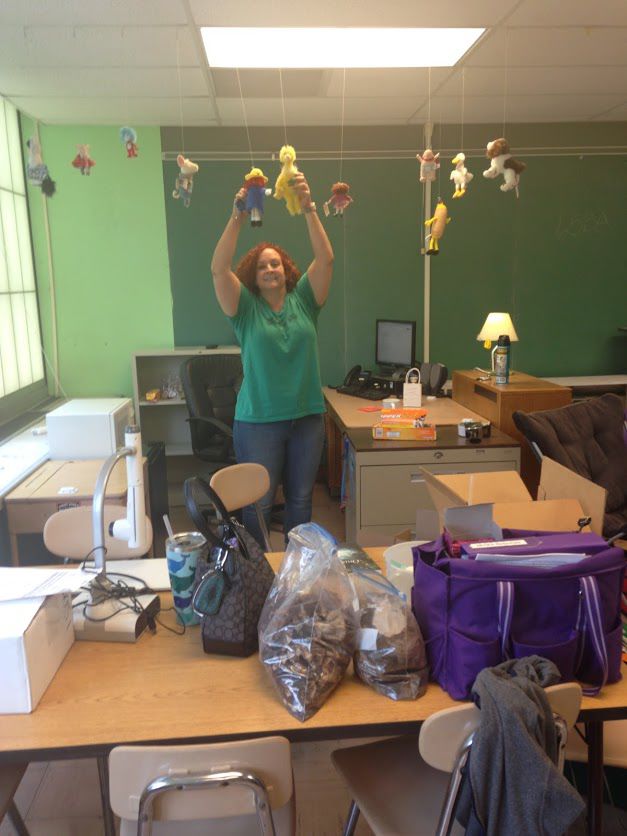 Teachers packed up their classrooms from top to bottom the day after school was dismissed in June. Amy Butcher was pulling classroom decor and teaching tools from ceilings, bulletin boards, windows and desk areas, all of which had to be packed before moving trucks arrived. 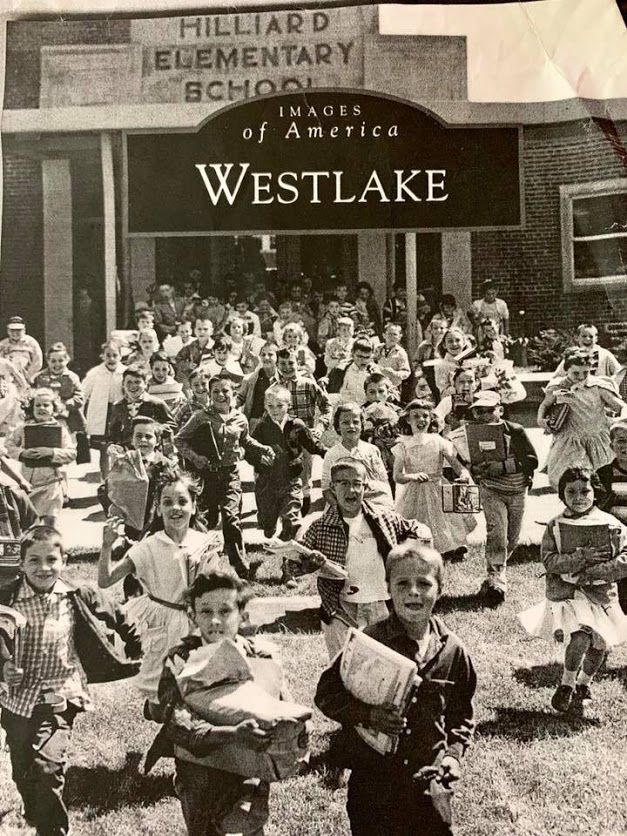 Photo courtesy You Know You're from Westlake...

Holly Lane's cannon, where several alums recalled receiving a first kiss. The cannon was a gift to the school from Procter & Gamble. 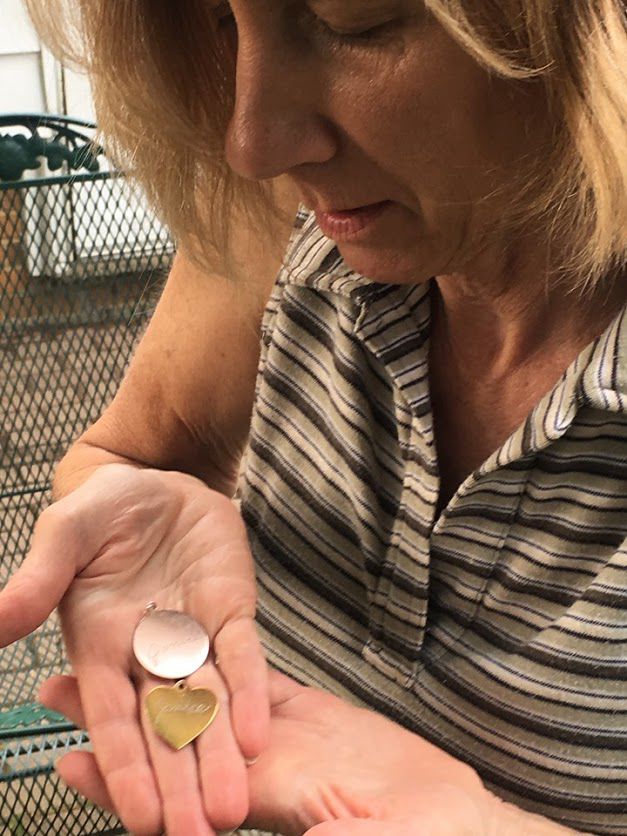 Janice Miller Schmitt holds two engraved charms she received during school fairs while she attended Dover School in the 1960s. 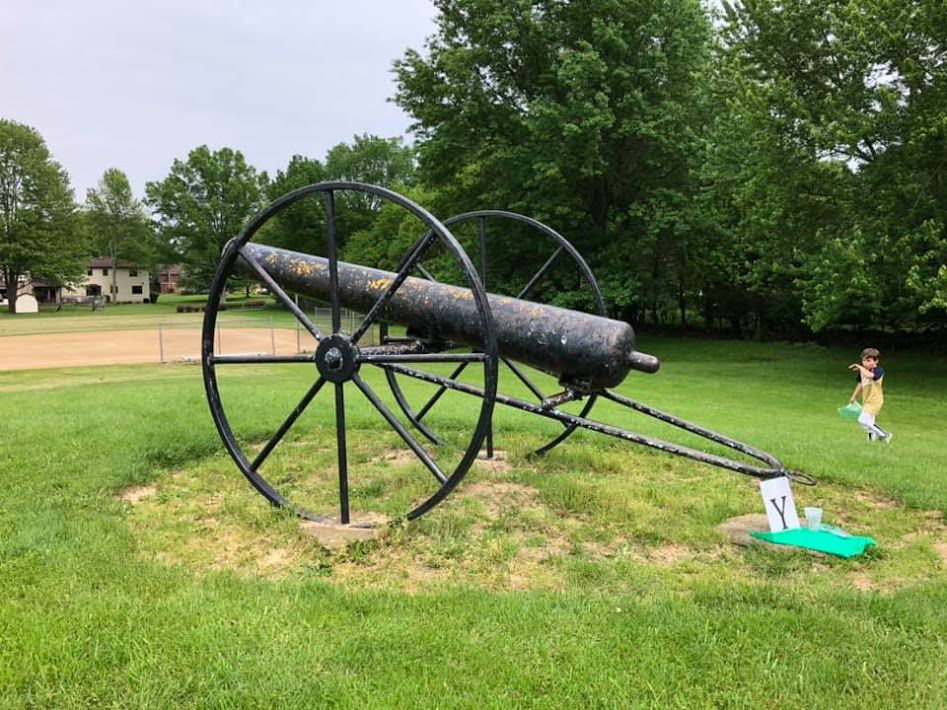 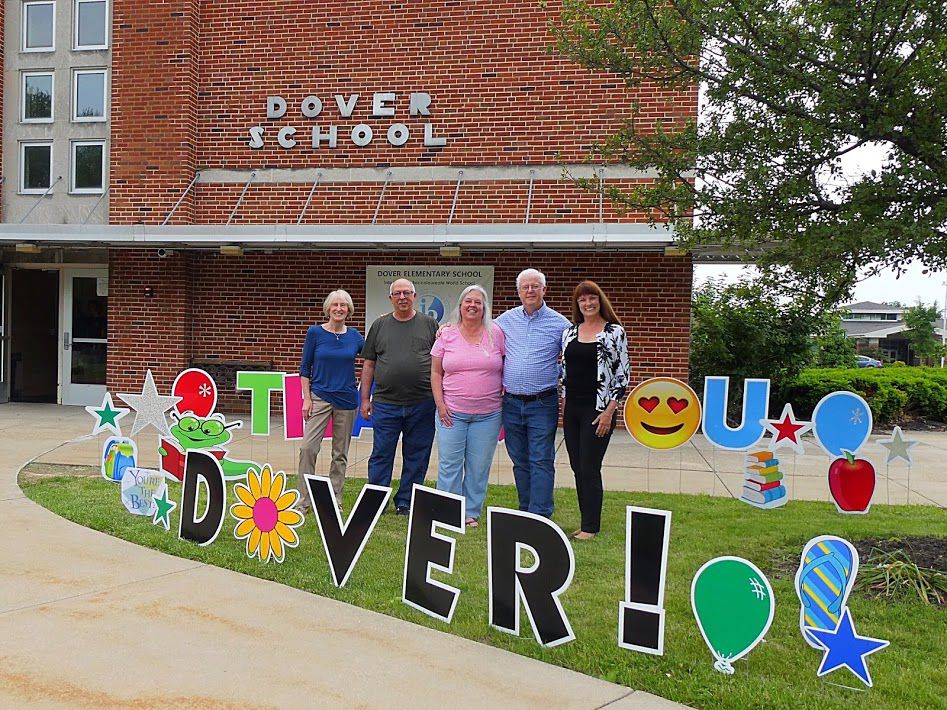 Teachers packed up their classrooms from top to bottom the day after school was dismissed in June. Amy Butcher was pulling classroom decor and teaching tools from ceilings, bulletin boards, windows and desk areas, all of which had to be packed before moving trucks arrived.

Photo courtesy You Know You're from Westlake...

Holly Lane's cannon, where several alums recalled receiving a first kiss. The cannon was a gift to the school from Procter & Gamble.

Janice Miller Schmitt holds two engraved charms she received during school fairs while she attended Dover School in the 1960s.

An Annie Oakley lunch box with matching Thermos. Disney movies on Saturdays at Hilliard. Getting a kiss under the cannon at Holly Lane. Square dancing. A song about little robin red breast. The international luncheon. Walking to school. The day President Kennedy was assassinated. A teacher who played ukulele. School fairs. The smell of mimeograph copies.

These are a few of the memories shared by those who attended one of the four elementary buildings that Westlake City Schools closed at the end of the school year in June. Students from those four schools will attend the new $38.5 million building when school resumes next month. Scores more posted memories on Facebook.

In early June, former students, parents and community members were invited to open houses at Bassett, Dover, Hilliard and Holly Lane schools for a last look, to take photos and meet up with former classmates. Dozens walked the halls, peeked into their former classrooms, looked through yearbooks and recalled favorite teachers, friends and school events. The buildings are 50 to 80 years old. About 1,000 students from pre-kindergarten through fourth grade and 200 staff that used those four building will be in one 154,000-square-foot school on Center Ridge Road.

Nadine Forthofer Bluemel, 66, met several classmates at the Dover School principal's office, then walked the building one last time before posing for a group photo near the front doors.

Among her vivid memories are the chalkboard art created by third-grade teacher Miss Brown. She recalled bright colors and the painstaking detail of each creation that filled an entire chalkboard, while lamenting the fact that they disappeared forever when erased.

She remembered the vacuum system used to clean chalkboards, a novelty compared to carrying chalk-laden erasers onto the playground to clap clean.

When she finished a task quickly, she remembers her fifth-grade teacher climbed onto a stool to reach a book tucked high above lockers. It was "The Secret Garden," she said.

Janice Miller Schmidtt started kindergarten at Dover in 1966. Ties to Dover go even deeper because her dad, Carl Miller, was building custodian for 10 of the 25-plus years he worked for the district. Her four sisters also attended Dover. Years later, her three children attended the school and, during that time, she was active in PTA.

Her fondest memories are of school fairs that featured 15 to 20 booths, food and an engraver who added their first names to little hearts and trinkets. She still has some of hers.

Former students weren't the only ones soaking up a little more time in buildings where they spent significant parts of their lives. Teachers, some with 20 to 30 years’ experience, were packing their memories as well as teaching tools, books and classroom decor.

Boxes were piled high in Holly Lane first-grade teacher Sarah Gorius' room. She was nearly done and looking forward to summer break. She and Principal Beth D'agostino shared a laugh about the lengths to which they went to ensure crayons don’t melt during the move.

Nearby, Intervention Specialist Amy Butcher was pulling small stuffed dolls and animals from where they had been suspended from the ceiling of her classroom. She was surrounded by boxes, bags of supplies and equipment that was slated to move with her.

D'Agostino said the last week of school felt bittersweet for many staff. The building did not schedule events during the last days of school so teachers could be with their students. At the end of the last day, teachers lined up near the front doors to clap kids out of the building for the last time. One teacher commented that it was just a sweet day to spend with their kids.

Over the next few weeks, school personnel and movers will begin picking up hundreds of color-coded boxes, along with equipment and furniture, and begin moving it to designated areas within the new building at 27555 Center Ridge Road.

Michele Murphy is a freelance writer in Avon Lake.