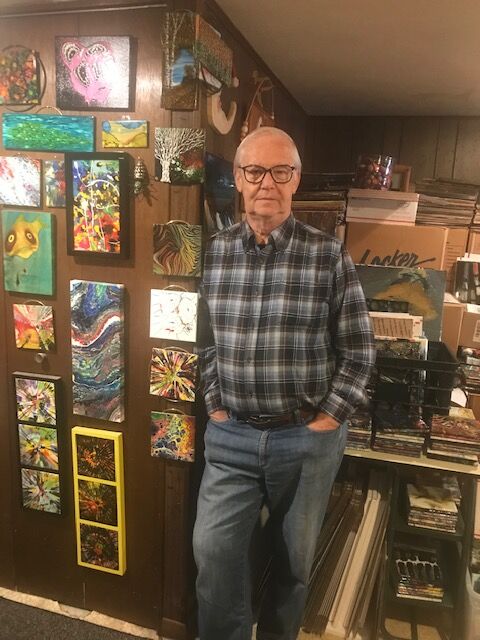 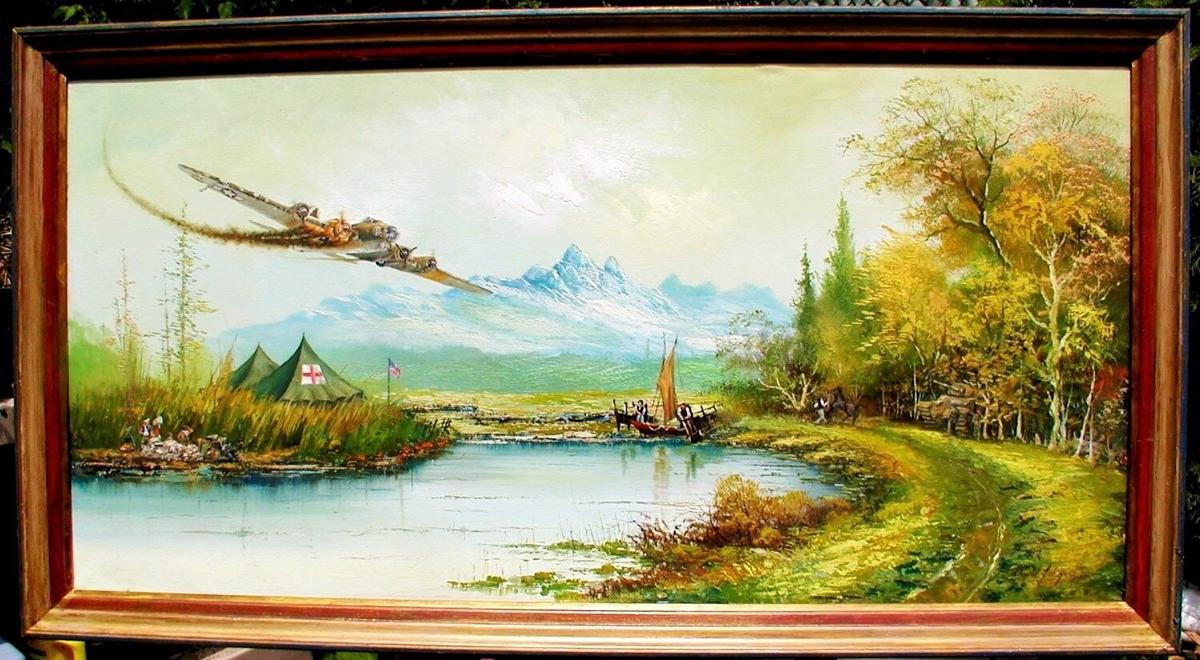 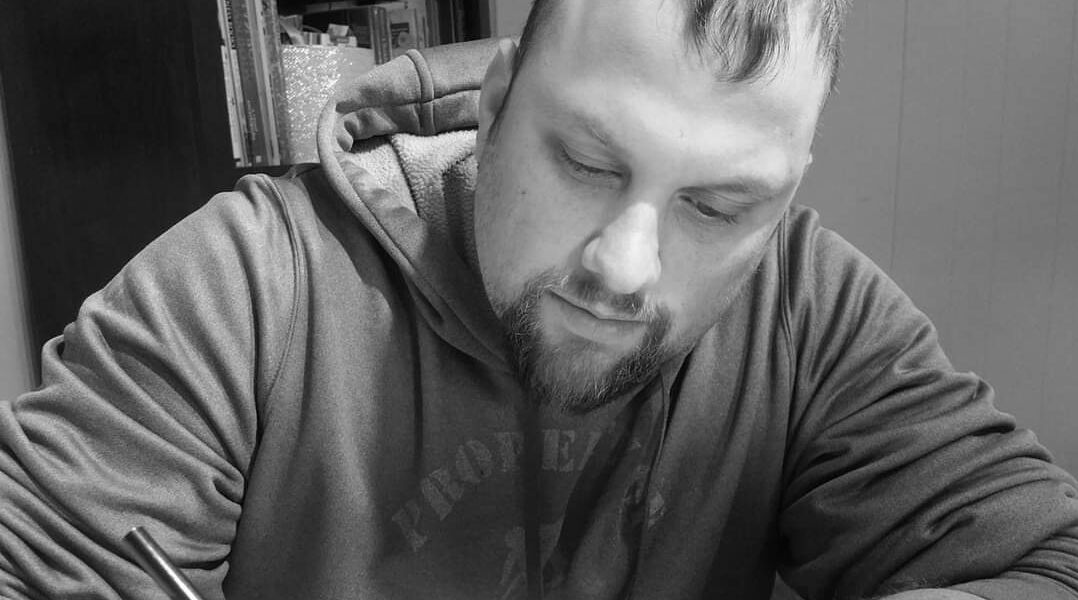 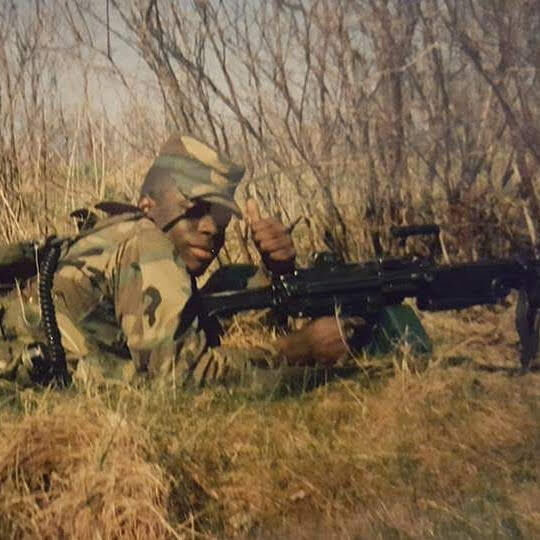 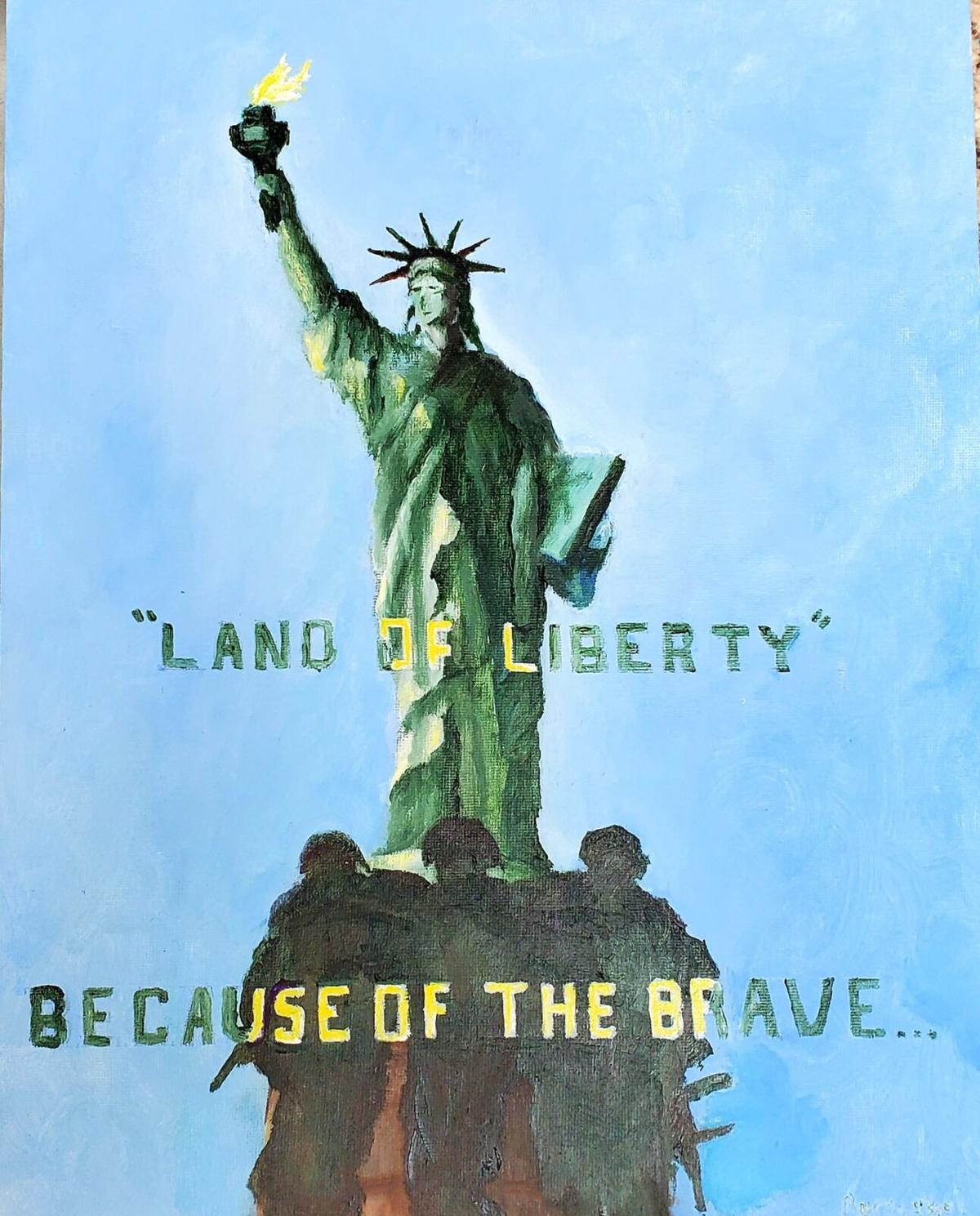 Honoring military service, the personal experiences of former military members and the ability to express passion and range through art are on full display in North Olmsted until Nov. 13.

The Veterans Art Gallery, a first-year creation of the city’s Arts Commission, was devised in July as a way to display the artwork of veterans hailing locally and in surrounding communities.

The gallery itself, which was posted virtually Oct. 3 due to COVID-19 restrictions, features a wide array of styles of art created by veterans of all ages from different branches of the military. In all, nine artists submitted a total of 40 pieces for display. The gallery can be found at www.north-olmsted.com.

For 77-year-old North Olmsted resident and Army veteran Thomas Baracskai, art is a way to honor those who have served. He submitted an 11x14 oil painting entitled “Land of the Free”, which depicts the Statue of Liberty, with the shadow figures of several soldiers at its base. Across the canvas reads “land of liberty, because of the brave”.

“I feel like there’s too many people today who take what we have for granted,” Baracskai said. “That’s why I chose ‘land of liberty, because of the brave’.”

Baracskai is an accomplished artist who cultivated his love of the medium at Elyria Catholic High School and at a pair of summer internships at the Cooper School, now known as the Cleveland School of Art. After graduating high school in 1960, he enlisted and didn’t paint again until age 67. His paintings have hung at galleries in North Olmsted and Westlake in recent years.

“When people see my painting (in the veterans gallery), I hope they think about the two subjects there–the troops that fight for us and the Statue of Liberty that signifies this country’s liberties and freedoms.”

For Dennis Nelson, a Coast Guard veteran in North Olmsted, art is a hobby.

Nelson served for four years in Michigan, then went to work with the organization after his service time, spending 33 years in both West Virginia and Cleveland in a vessel documentation role, registering U.S. flag vessels under a national program until his retirement in 2002.

An avid outdoorsman, Nelson used his art passion to create decoys for ice fishing, then started woodworking and painting. In the veterans gallery, viewers will see eight of his works, most employing the use of colorful acrylic paint poured over tile. His work has hung at North Olmsted City Hall in the past.

“The pictures that I picked out are the ones I like,” Nelson said. “I just hope people like the colors. It’s abstract art, and a lot of people might not care for abstract. But I always liked it because everybody sees something different...The (paintings) I like, maybe someone else doesn’t like, or they see something different in it, and that’s a neat thing about abstracts.”

Much like Nelson, 69-year-old Berea resident David Jakupca enjoys painting, with a focus on environmental pictures. All four of the paintings are of outdoor scenes. In the years since his four-year stint in the Army, where he was an “MP”, or military police, in California and in South Korea.

Jakupca worked as an air traffic controller and restaurant owner in the years after his service, then joined his wife, Renate, in making crafts and eventually using art for environmental causes. Starting in 1990, his work was displayed at a United Nations conference in Rio De Janeiro, then in Vienna in 1991 at a U.N. conference for human rights. The organization ran similar conferences every year until 2007, allowing the Jakupcas to travel all over the world to display their art. Currently, he creates sculptures for the Cleveland National Peace Plan organization that are displayed at city parks all over the country.

His “People, Not Mascots” drawing, which became the official logo for those protesting the Cleveland Indians’ Chief Wahoo for nearly three decades, was created in 1992.

Jakupca uses acrylics and oil paint in most of his paintings. Four can be found in the North Olmsted gallery.

“We’re considered environmental artists, and the work that I do has to do with social change,” Jakupca said. “On things like (the paintings I submitted), they go off on a tangent. But my focus is on environmental art.”

For Nelson Beckford, a 49-year-old Army veteran and Brooklyn resident, art is a way to remember.

While the pandemic forced people to stay home throughout the spring, Beckford, who served from 1989-92 and went on training deployments to Honduras, Panama and the Mojave Desert, started rummaging through old photos, eventually finding six that he submitted for the gallery. Along with the pictures, which showcase him and his fellow infantrymen in different locations, he included a quote-turned-life lesson from his platoon leader.

It reads, “It sucks now, but years from now you will cherish these moments.”

“My platoon sergeant said it, and it was while we were doing physical fitness,” said Beckford, who has spent the last 10 years working for the Cleveland Foundation. “We were doing these things called flutter kicks, where you lay on your back and flutter your feet. And it seems easy, but then you’re doing it for three minutes, four minutes, and it starts to hurt. So the physical pain is the hard part. It’s cold, you’re tired, and yeah, it sucks. But you’re going to look back years from now and be thankful you did it.”

Avon Lake resident Don Lensner, 65, has also used the gallery as a way to remember the past. He submitted four pieces created by his father, Victor, a gifted artist and Lakewood native who served in the Army during World War II and chronicled some of his experiences in the European theater in his sketchbook.

Victor, who passed away in 1966, attended the Columbus Art Institute on a full scholarship before he left for his Army training, and after the war, he worked as an artist in internal communications and internal marketing for Ohio Bell. He later worked on a design team for NASA at its location near Cleveland Hopkins Airport, formerly called the Lewis Research Center, drawing pictures of space-related items for publication, since there were no physical images available at the time. He also worked on the design team that created the current NASA logo, affectionately dubbed “the meatball” because of its large blue orb.

Pieces in the gallery include three from his time in the army, such as a scene of a cathedral in the French town of Neuf de Chatel in 1946, a painted scene of where he trained in Missouri in 1943, and even the pen and ink drawing of a nature scene that earned him his Institute scholarship in 1939.

“His sketches never reflected any of the horrors that he saw, that he went through,” Don said. “His sketchbook always reflected things that stood out to him as being symbols of a better time and a better age, and, hopefully, a renewal.”

For Jimmy Glenn, art is therapy.

The 34-year-old Fairview Park resident joined the Marines right out of his West Virginia high school in 2004, and went on to serve two tours of duty over a five-year period in Fallujah, Iraq.

He medically retired in 2009 after being injured on two separate occasions. He suffered a mild-to-moderate traumatic brain injury and post traumatic stress, as well as some orthopedic issues. Struggling to re-acclimate at home and dealing with depression and anxiety, his case manager at North Carolina-based Neuro Community Care recommended art therapy, which he credits for saving his life.

“(Art) is very therapeutic,” Glenn said. “I was struggling for the longest time, and I’d go to sit-down talk therapy, and I found that I was filtering everything, because there’s always a fear that if I say this, or if I say I’m struggling today with this, am I going to end up in a padded room, when really what I needed was an outlet to get things off my chest.”

A person with an interest in art from a young age who first learned about painting from his grandfather, Glenn found that art therapy awoke his creative side, and allowed him to not only learn a multitude of art styles, but also gave him an outlet to describe what he was feeling with a fearlessness that words couldn’t provide.

“It was just something that clicked, and it came so natural,” Glenn said. “I found that I wasn’t censoring myself, because with art you can’t sensor...It’s something that, you don’t have to be an artist to do art therapy, because it’s about the process, disassociating yourself from your mind. It allows you to put it down on paper. It’s a unique and different process that goes on.”

Glenn submitted 12 pieces to the North Olmsted gallery, showcasing a wide variety of skills. Viewers can see peaceful pastel paintings, wood burnings, metal works and vivid representations of what his post-traumatic stress has felt like at times.

One piece is a sculpture depicting a human heart, carved out of styrofoam, with handmade barbed wire surrounding it that Glenn colored with spray paint. Another is a paper mache mask he detailed with the colors of the American flag, a mouth wired shut, tears streaming down its face and exposed gears near the top of the head, all meant to represent the soldier’s struggle. The mask can also be seen on the Facebook page of Neuro Community Care, based in North Carolina, and previously at a show in Tampa, Fla.

Above all else, Glenn hopes that anyone viewing his work will see that it comes together to tell a story about his personal struggle in the years since completing his service.

“First and foremost, there’s a story that’s being told,” he said. “It’s an in-depth thing that requires more of a conversation than a small description could tell. It’s my story, and for those looking at it, I hope they can somehow see the story that’s there and maybe slightly understand the story, and I hope it inspires other veterans in general, that there’s a medium out there that will help people to tell their stories. Also to bring awareness to mental health. Almost everybody knows someone who’s struggled with mental health issues.”

For all of the veterans who submitted art, the military provided them with tools that they’ve used throughout their lives.

“With all the crazy stuff happening in the world, I just realized how much I look back with pride and joy at that time (in the military),” Beckford said. “With the racial climate in America, it’s a place where the only color (is the uniform). There’s a sense of commitment there, a sense of belonging. There was a mission and a belief in something larger.”