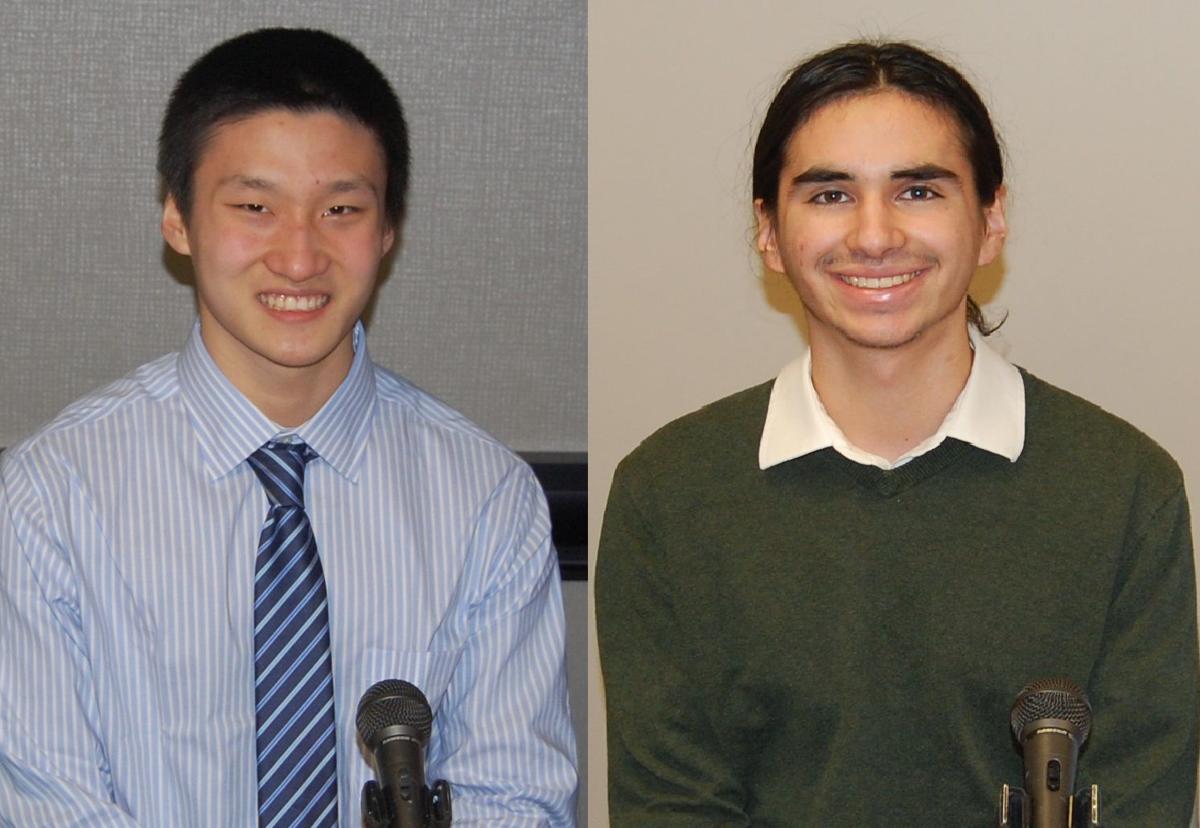 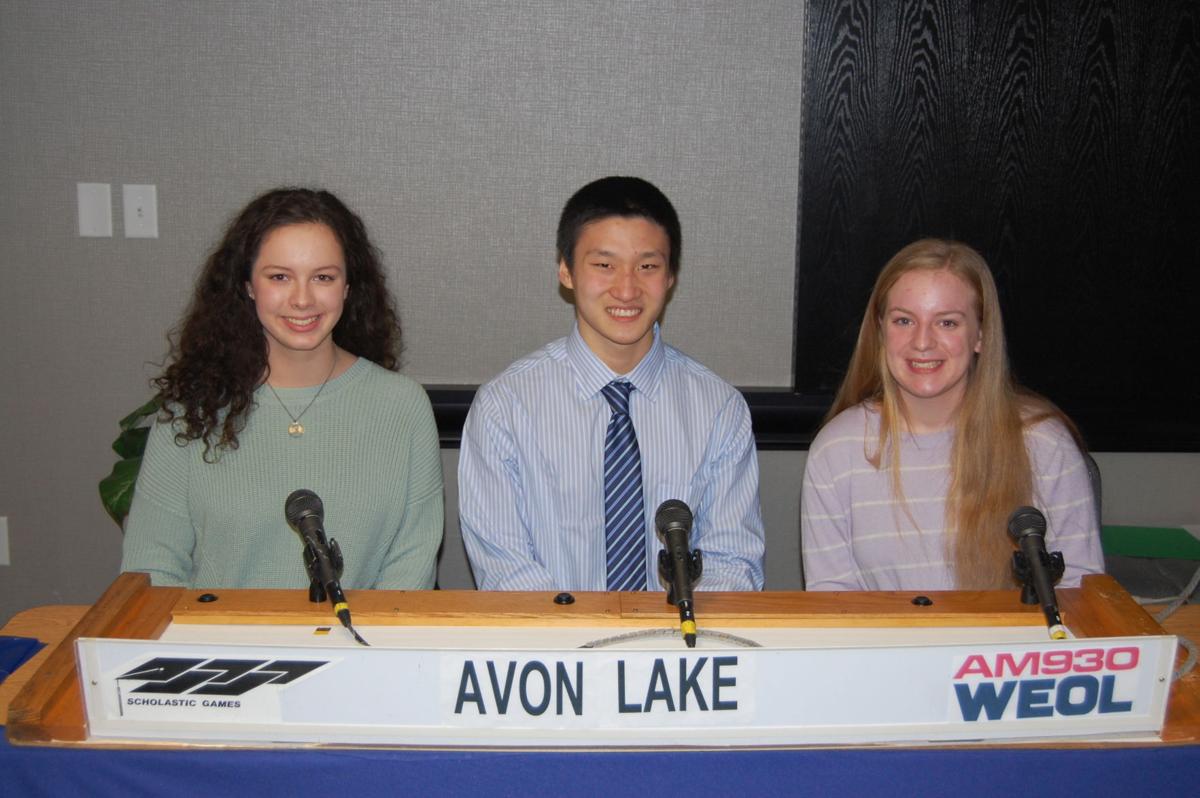 The Avon Lake Academic Team was composed of Cara Buck, left, Irwin Deng and Eva Ferrari. The team was named 2020 champions of the WEOL Scholastic Games.

The Avon Lake Academic Team was composed of Cara Buck, left, Irwin Deng and Eva Ferrari. The team was named 2020 champions of the WEOL Scholastic Games.

Avon Lake High School has been named the 2020 Lorain County Academic Champion of the Scholastic Games radio quiz series on Elyria's WEOL (AM 930 and FM 100.3). All 16 scheduled teams were able to compete, and among the winning teams, two of them were extraordinarily high scorers, reaching nearly twice the average winning score.

In the first program, Vermilion's academic team won with 600 points, and two weeks later, Avon Lake won with 560 points. Winning scores are usually closer to 300. “These two programs had really lopsided scores against weaker teams, while all of the other competitions were much closer in their final scores,” said producer Jim Mehrling. “Fortunately, they appeared so early in our schedule, we were able to pair these two teams in our first quarterfinal, which Avon Lake won 390 to 270. By over 100 points, Avon Lake had defeated the team that had achieved the highest score of the year."

Mehrling conferred with his staff of judges and scorekeepers who observed each program and they concurred in the naming of a "champion with an asterisk." He added, "We are very sorry that we had to stop after our second quarterfinal, as there were a number of excellent teams that well could have emerged if our usual succession of playoffs had taken place. For example, North Ridgeville won our second quarterfinal and had the third-highest average score of the year, but that had to be the end. I'm sure these can be ranked among a number of disappointments for students this year, particularly the seniors."

Also among the extraordinary events of this year were first-round defeats of Avon (by Lake Ridge Academy) and Olmsted Falls (by Oberlin). In the last 11 seasons, Avon or Olmsted Falls had won the program's championship nine times. Those two teams lost (Avon by only 10 points) with the two highest losing scores of the year, meaning they would have met in the program's "Wildcard Competition," with the winner advancing to quarterfinals. Scheduled for late March, that was the first among the playoff programs that had to be canceled because of school closings.

Usually the Scholastic Games champion has to win four times: after the first, wins in quarterfinals, semifinals, and the championship. Outstanding students with repeated appearances can also win multiple weekly Standout Scholar Award $50 prizes. After winners were named on each of the nine programs produced this year, two additional Standout awards were announced, also unprecedented in the program's 30 years. Jacob Boesger of Avon High School, who was denied Standout honors by one vote in a split decision, was provided the honor as a second honoree when the program was rebroadcast. The other was Irwin Deng, of the designated champion team at Avon Lake, who had been the unanimous Standout winner in both of his appearances. He received a third award with the announcement of the champion school.

Area colleges and universities participate by providing $1,000 tuition credit awards for allocation by participating high schools. Bonus awards usually given to the champion and runner-up school will be distributed this year among all of the schools that qualified for quarterfinals. Despite the shortened season, there will be a total of 39 awards this year from the University of Findlay, Lorain County Community College, Oberlin College, Ursuline College, Ashland University, Baldwin Wallace University, Heidelberg University, John Carroll University, Lake Erie College, Tiffin University and Notre Dame College.