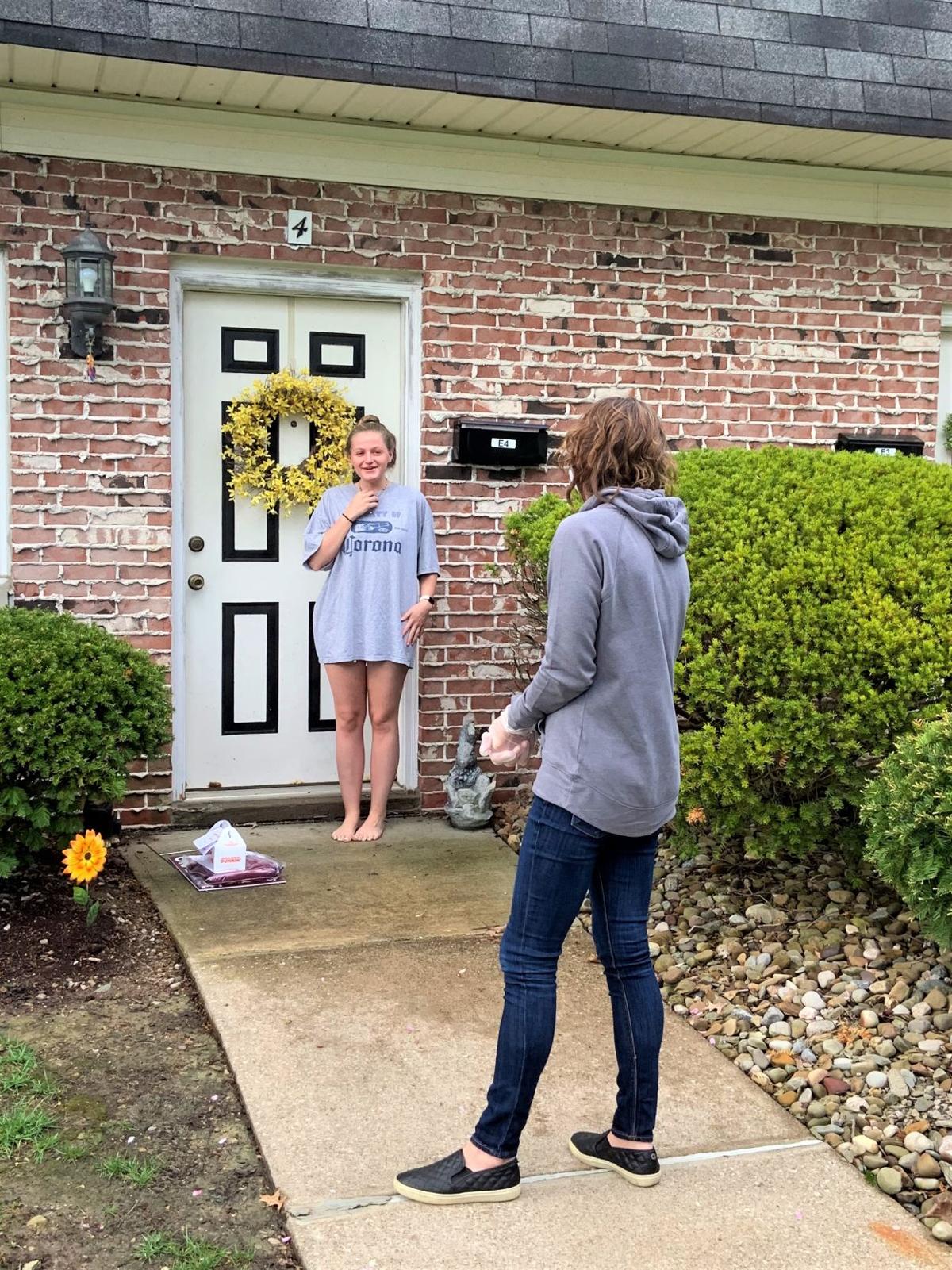 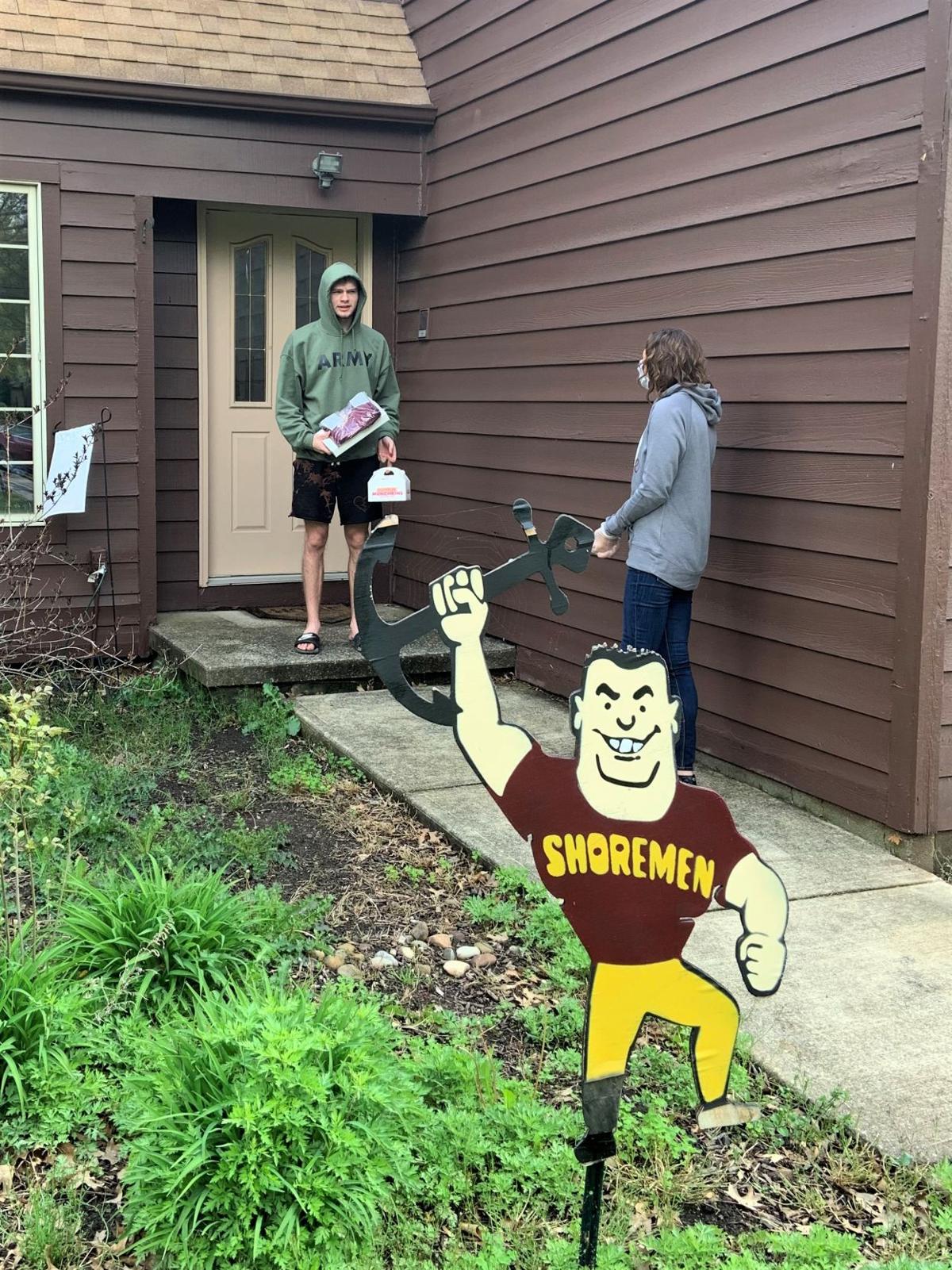 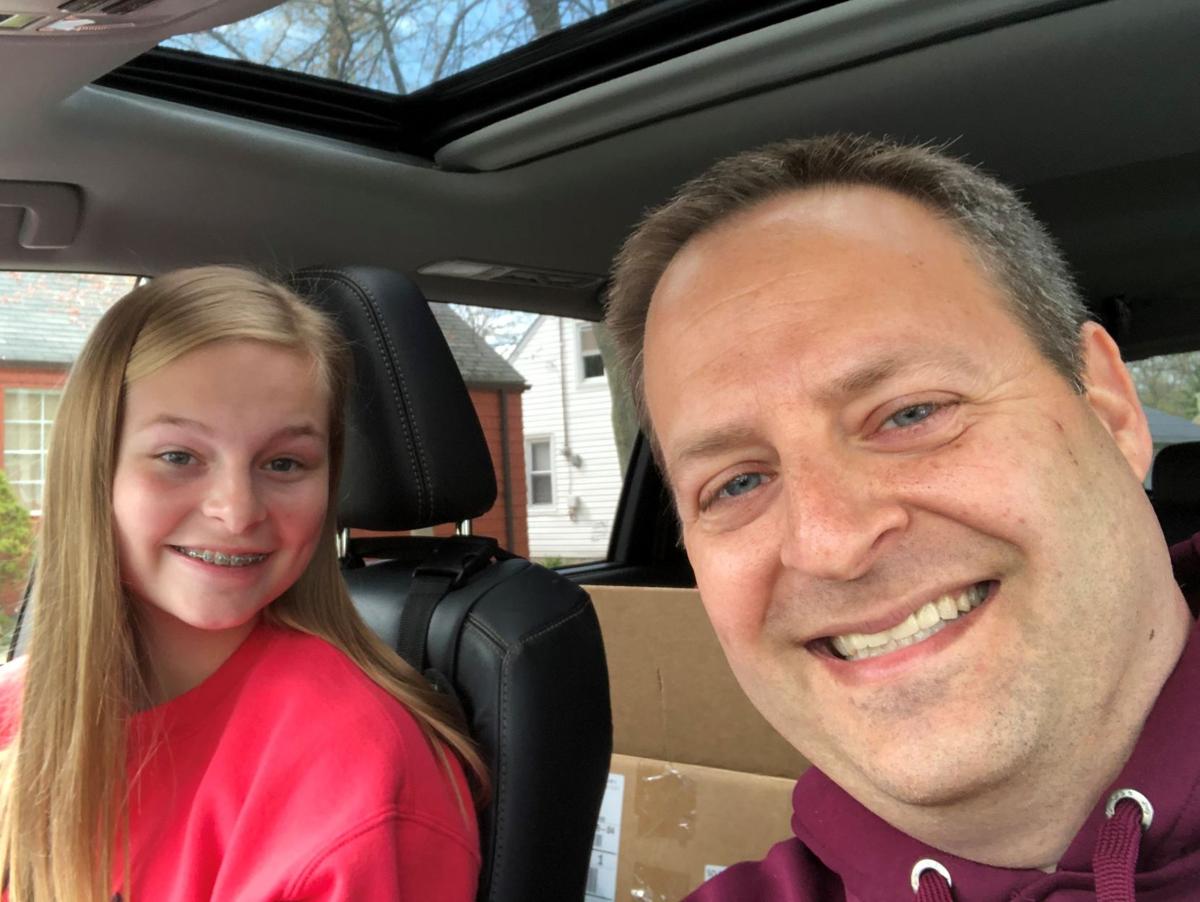 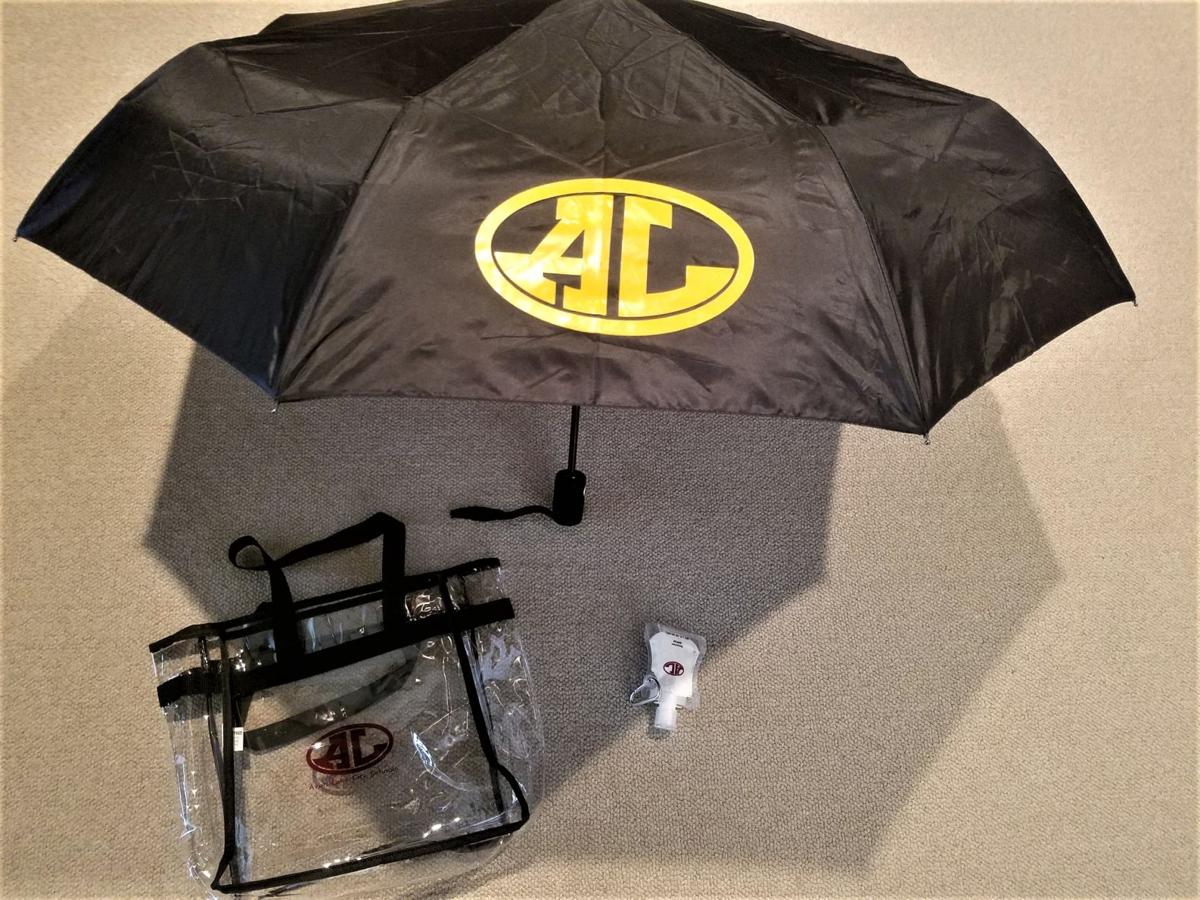 Move over, Amazon. You have competition in Avon Lake, and some may be surprised to discover who is making those deliveries.

Over the past two weeks, 80 teachers volunteered to deliver caps and gowns to the homes of the district's 351 seniors, while 17 administrators and all five school board members delivered Staff Appreciation Week gift bags to the homes of 551 teachers and staff members.

The weather Friday morning was warm and dry as teachers pulled their vehicles one by one into the circle drive near the back of the high school's Commons. Colleen Penick, a high school math teacher who has helped organize commencement activities for more than 10 years, said teachers wanted a chance to say goodbye to students and this provided some with that opportunity. Volunteers included elementary school teachers who had watched some grow up while attending the district's schools.

Two weeks earlier, during a freezing, occasionally snowy day, school board members and administrators crisscrossed the city – and beyond – delivering hundreds of gift bags as part of Staff Appreciation Week, a 20-year tradition they were determined to continue despite having buildings closed due to coronavirus.

Board President Jim Stobe and his daughter Savannah were among those who made the special deliveries. Stobe, a CPA and chief financial officer at the Community Foundation of Lorain County, said the board wanted to help out. “We couldn't have asked staff to do more than they did (since the shutdown of buildings due to COVID-19). They were amazing with their time, being creative and keeping education of students their priority.)

“Even now, they're trying to put end-of-year experiences together,” he said,

Stobe, whose two children attend district schools, noted teachers went well beyond “keeping up with homework. There were a lot of personal touches made with our students,” he said, noting he'd personally seen it happen.

He laughed about the way they passed each other as they completed their deliveries to staff. “We were all out in the community doing the same thing at the same time.” He said he was walking his dog after he and Savannah completed their task when the district treasurer drove past him as she made her deliveries.

Among the teachers who distributed materials to members of the class of 2020 was Robin Bottini, who teaches biology and biotechnology at the high school. Like her colleagues, she was able to select which students' homes she would visit. In her case, five students had been in her classes when school buildings abruptly closed, moving instruction to distance learning in mid-March. Others had been in her classes in prior years.

Bottini's first stop was to the home of Isaac Schaeffer. She carefully placed his cap and gown, which was in plastic packaging, and a yard sign on the front steps. Bottini had also purchased a small box of doughnuts for grads. She then rang the doorbell, standing back about 10 feet wearing a mask and gloves, waiting to see who answered. Schaeffer's dad looked a bit surprised until Bottini explained why she was at their door. Schaeffer, who has enlisted in the U.S. Navy, then came out to spend a few minutes talking to his teacher and saying goodbye. Bottini told him she was proud of him.

Then it was off to see Jamie Usher. As she gathered the things she would leave at her student's front door, Bottini admitted it was emotionally tough to do. Usher, however, appeared both surprised and delighted to see her teacher. Bottini asked how she was doing and Usher said it was not the way she thought senior year would go. She plans to attend Lorain County Community College and promised Bottini she would continue to take science classes. She said she also intended to follow up with a local veterinarian about a possible internship opportunity that had been canceled when COVID-19 struck.

Kuwalu Kai was asleep when Bottini rang his doorbell, but his dad woke him so he could speak to his teacher. Kai is also going into the military and, after a few minutes of talk, Bottini congratulated him before moving on to make the rest of her deliveries.

As she drove away, other teachers were spotted at nearby homes, each repeating Bottini's actions in mask and gloves, standing at a distance, but offering heartfelt congratulations to class members whose senior year will become something studied in future high school history classes.