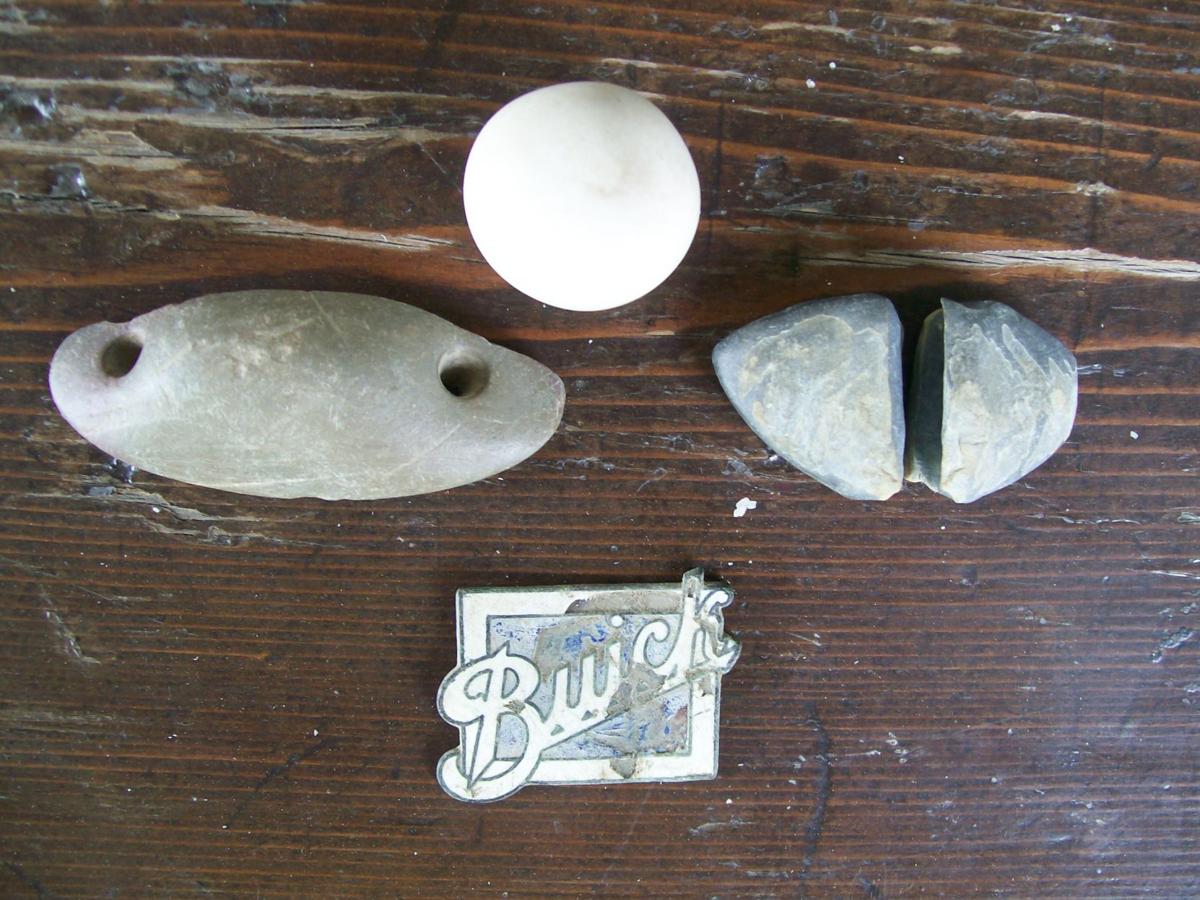 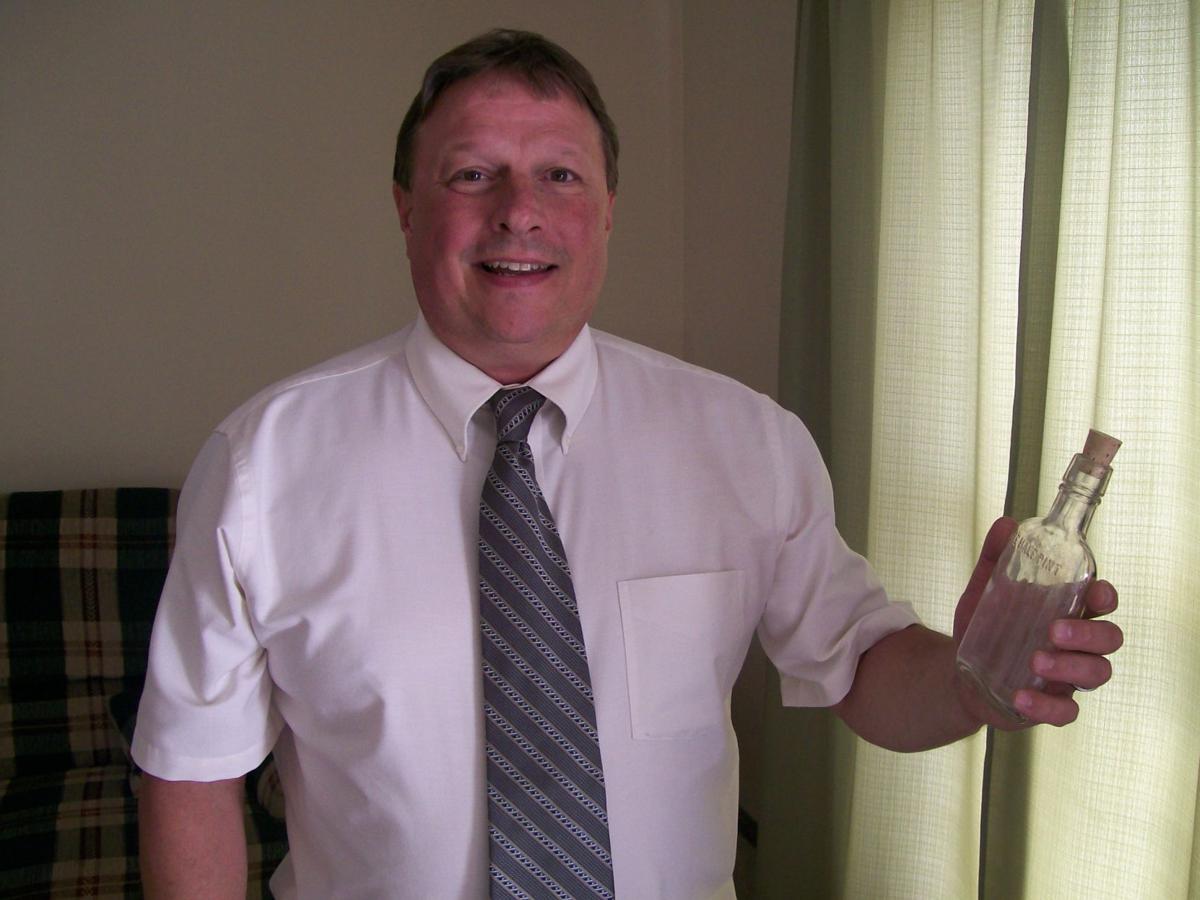 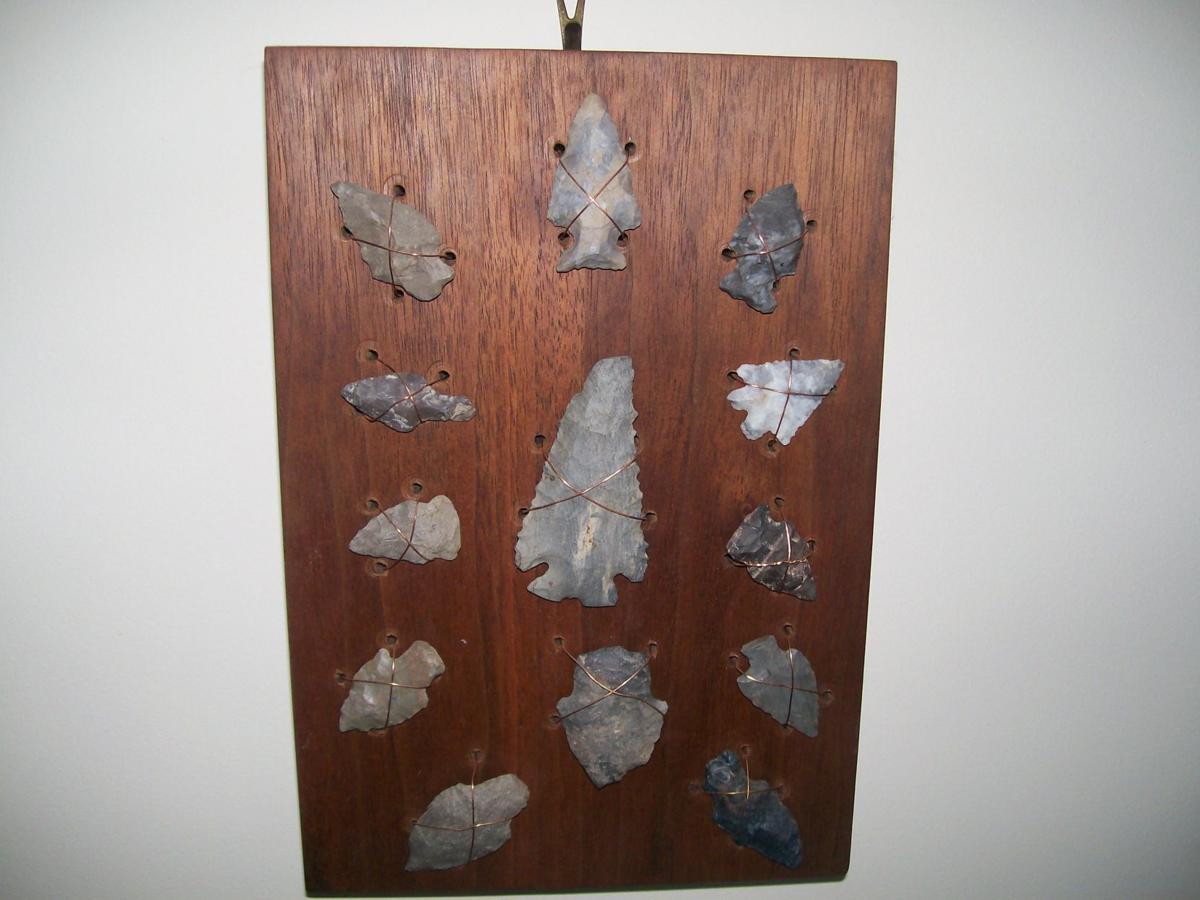 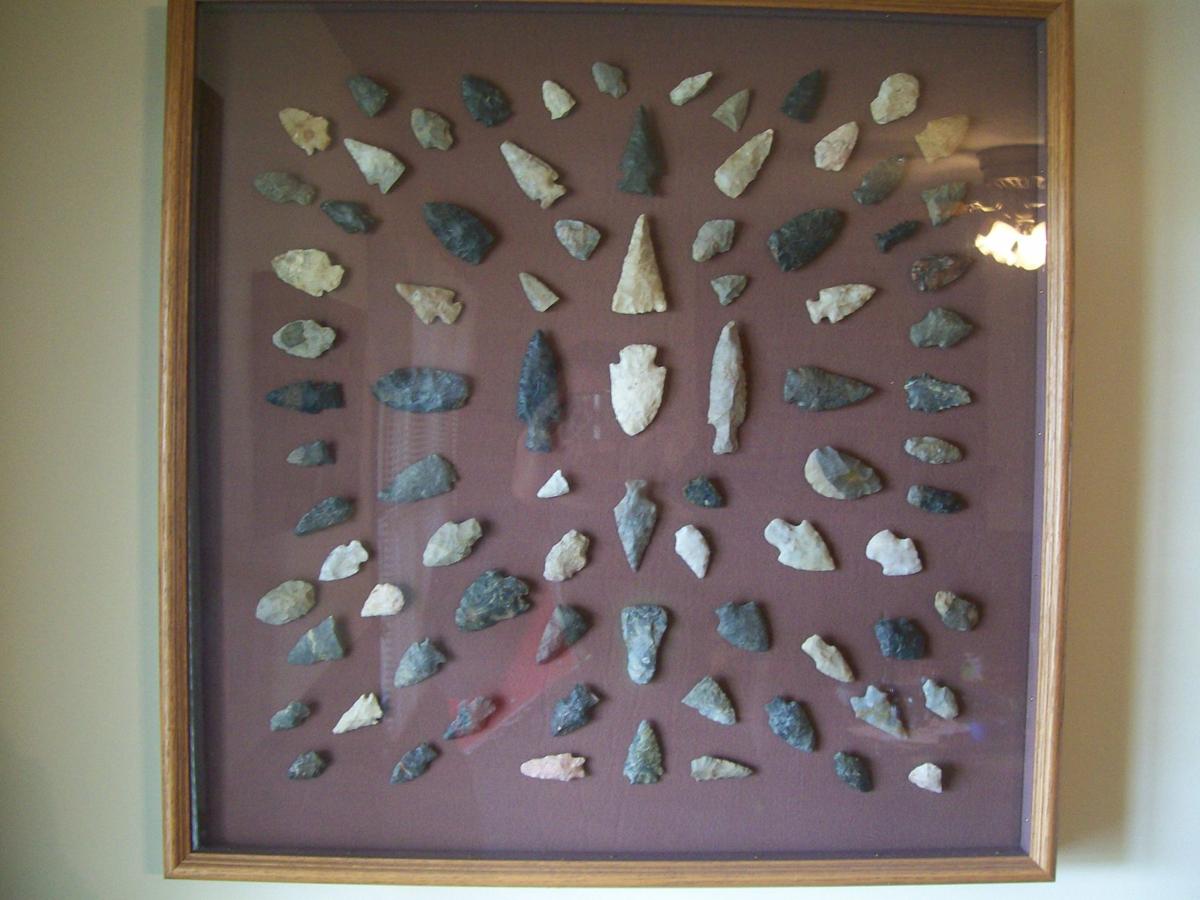 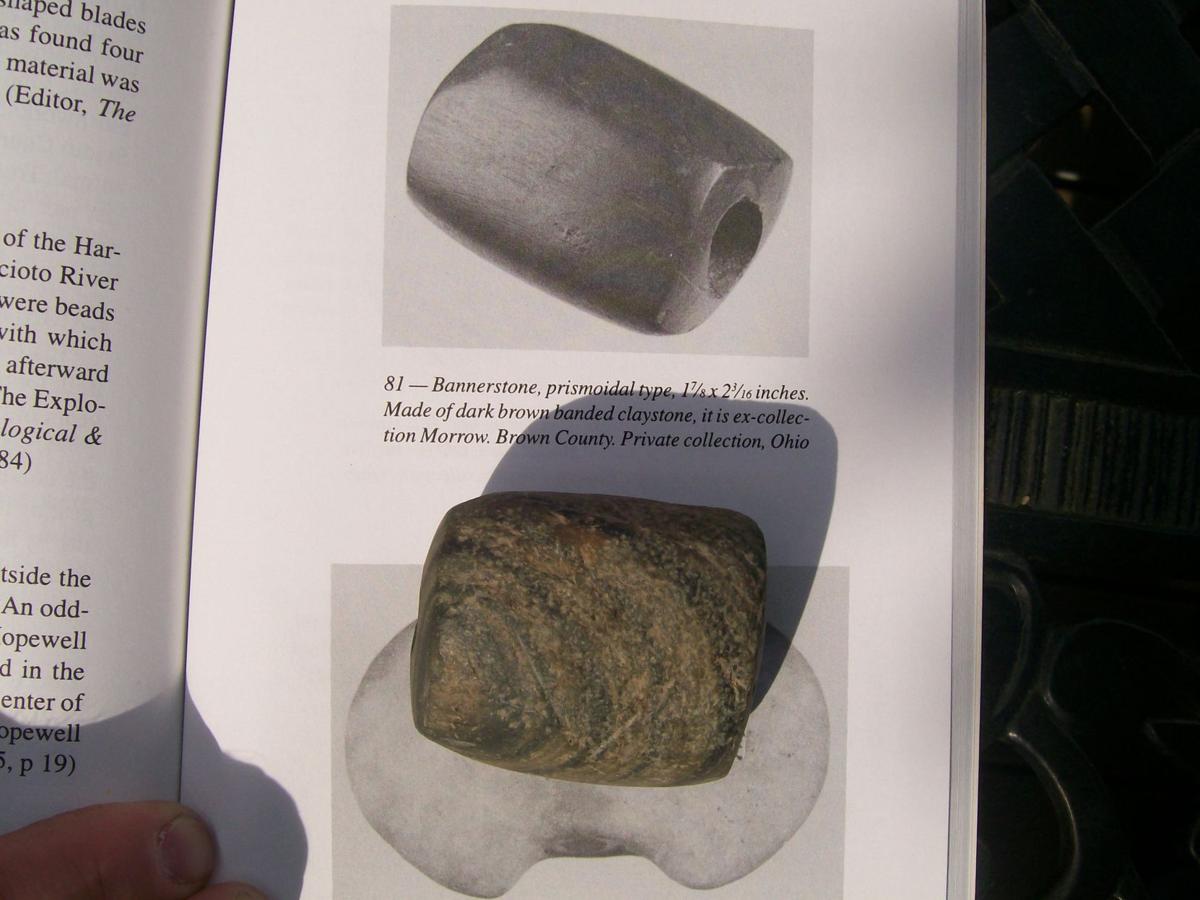 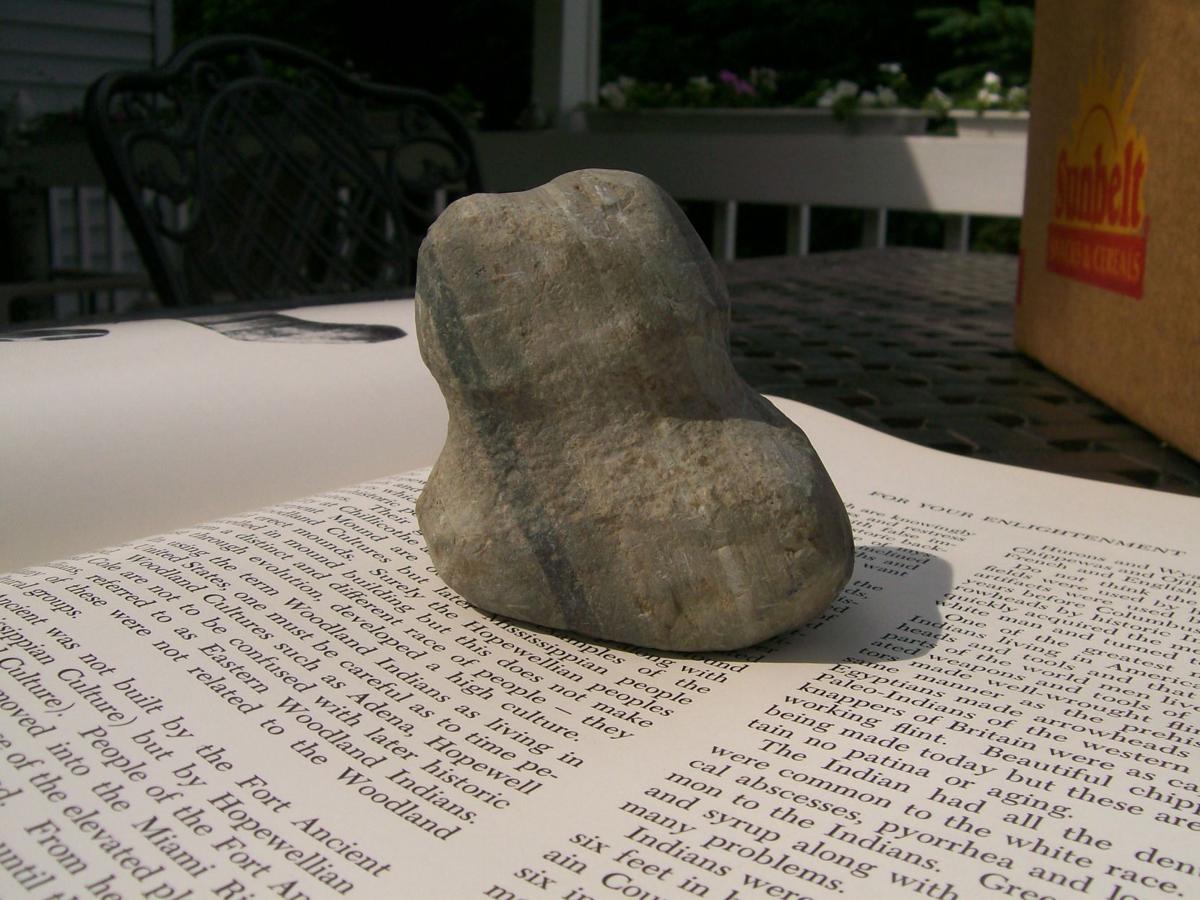 One of the rarer pieces in Smith’s collection is this unfinished banded slate effigy. When finished the artifact would have been made to look like a bird or other animal important to native culture. Press photo – Brian Mitchell 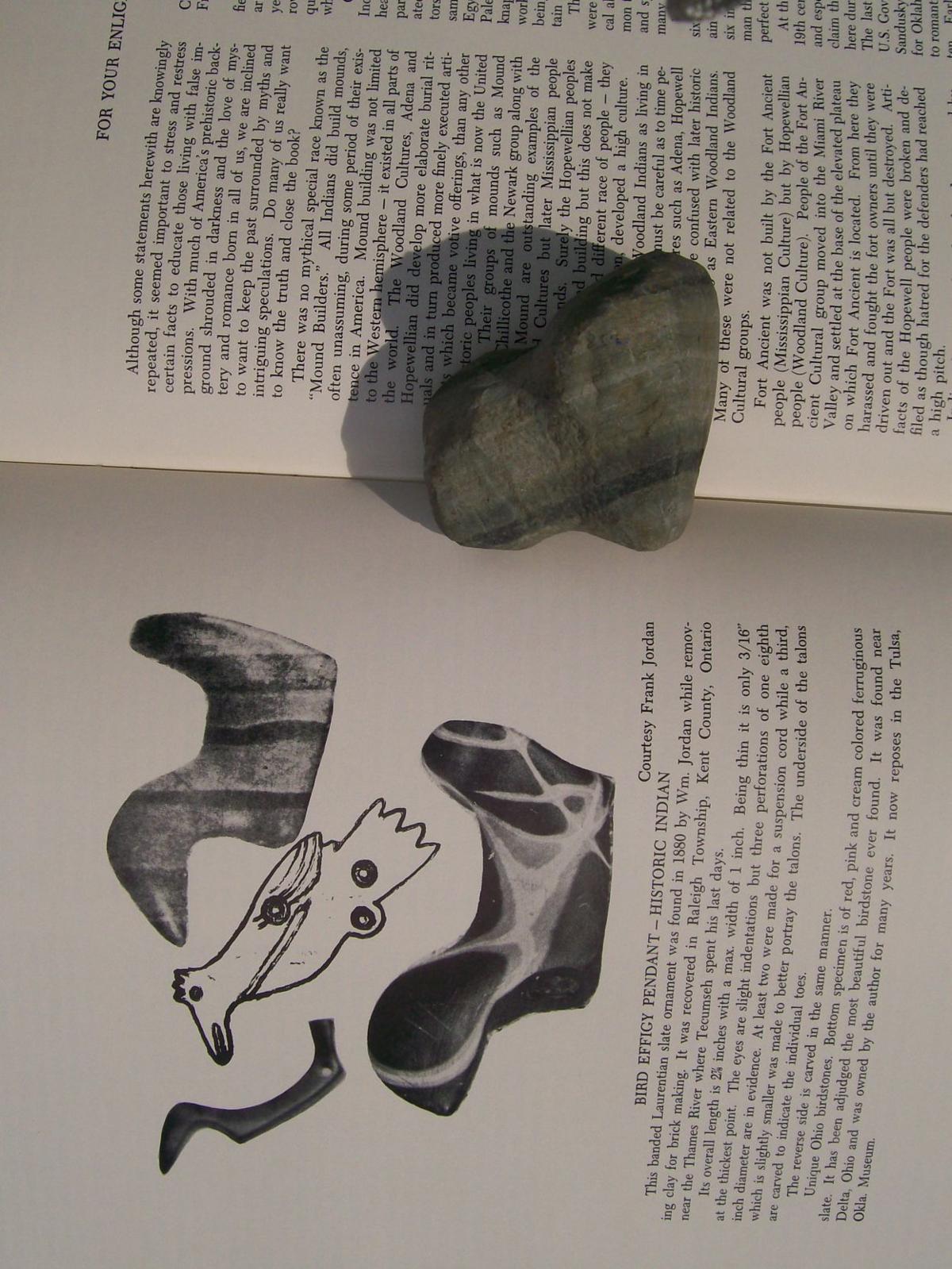 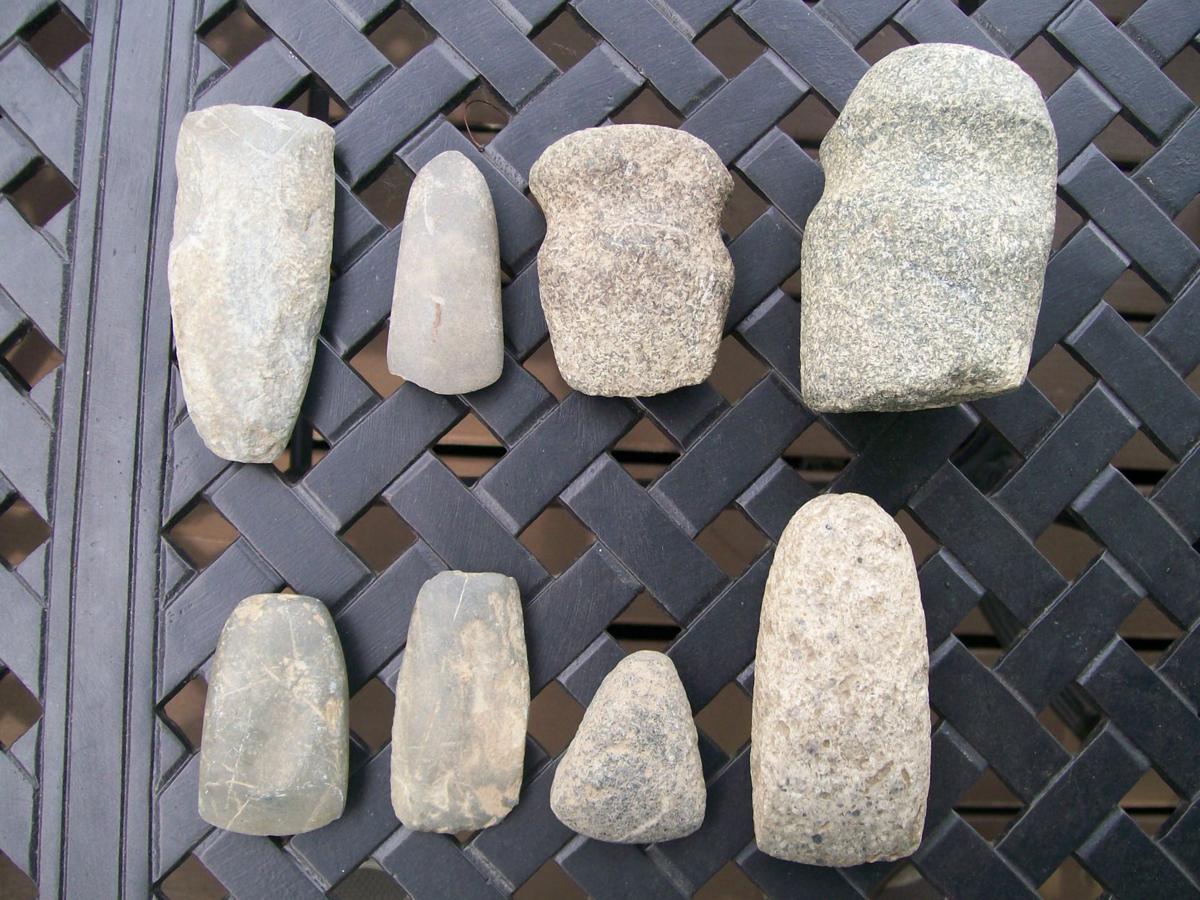 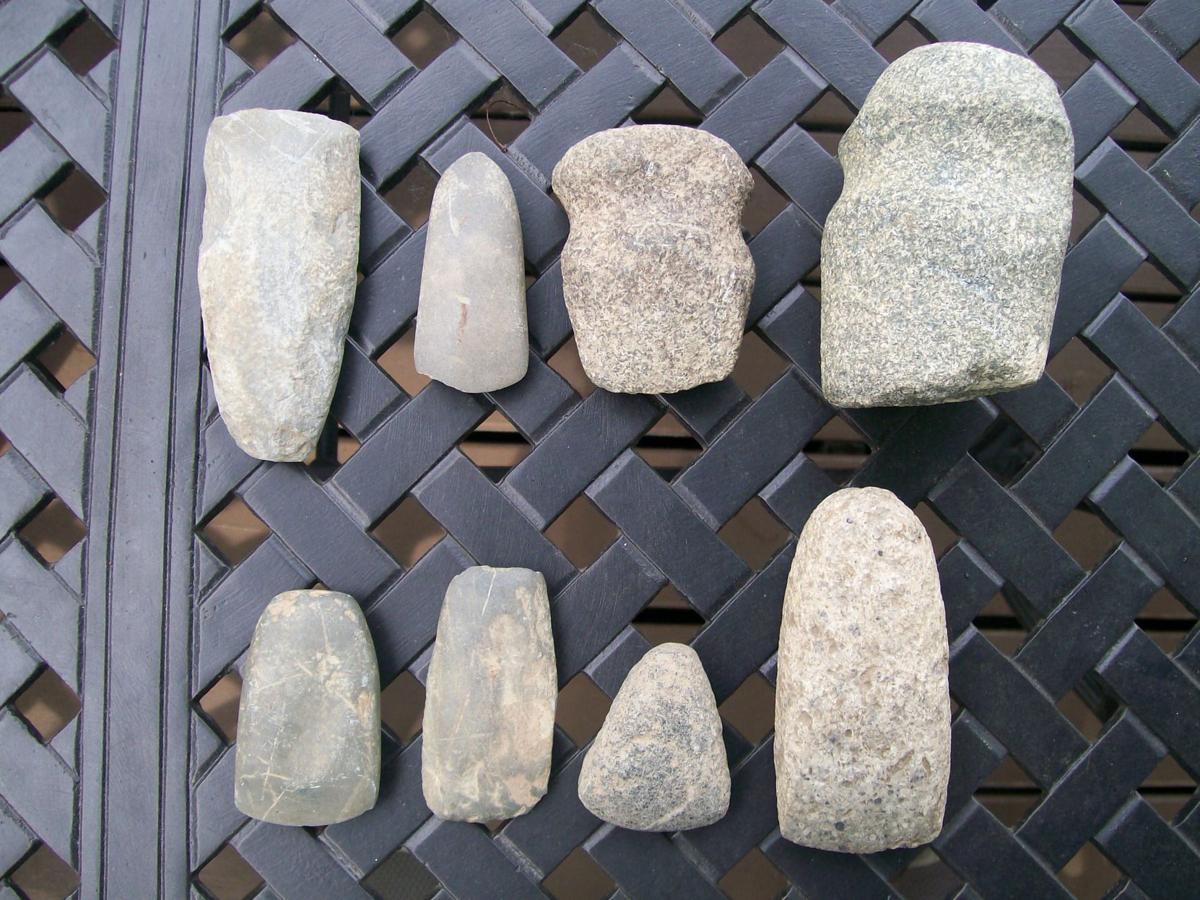 One of the rarer pieces in Smith’s collection is this unfinished banded slate effigy. When finished the artifact would have been made to look like a bird or other animal important to native culture. Press photo – Brian Mitchell

By Brian Mitchell
Avon
Avon is a 21st-century city on the rise. There are huge tracts of newly built homes, fiber-optic high speed Internet cables, and six-lane super highways. However, just below the surface lies evidence of the area’s earliest inhabitants, and Avon resident Tom Smith has been searching for these artifacts nearly his entire life.
After years of walking through row upon row of farm fields, searching for the slightest hint of an Indian artifact, Smith has built an impressive collection of tools and weapons from

One of the rarer pieces in Smith’s collection is this unfinished banded slate effigy. When finished, the artifact would have been made to look like a bird or other animal important to native culture. Press photo – Brian Mitchell

Avon’s ancient past.
“My grandfather was the first one to show us arrowheads he had found,” Smith said of how he began his artifact hunting. “Then once some excavation got started behind my parents’ house, we began to find artifacts.”
Smith said the majority of his finds were discovered while working on various farms throughout Avon in his youth. The artifacts are brought up to the surface when the fields are plowed in preparation for new crops. He added the best time to go looking for artifacts is after it rains, as the flint tends to shine, making it easier to spot. Most of Smith’s collection was found at the Pickering Hill Farm, and on a farm that is now home to Heritage North and South elementary schools.

According to Smith, many of his artifacts can be dated to the Archaic period, approximately 8,000 B.C. to 1,000 B.C.
“The Archaic points have a notched, dovetail base,” Smith said. He added that later points dating to the Woodland era have square bases.
The Archaic Indians arrived in Northeast Ohio around 6,500 B.C. In addition to being hunters, they are believed to be the first group in Ohio to effectively gather roots, berries, leaves and nuts. These people are also believed to have domesticated squash. This era of native history is referred to as the Foraging Stage, and it coincided with environmental changes that occurred following the end of the last Ice Age. It was during this time that Ohio’s climate began to stabilize and native communities began to take shape.
The Archaic Indians created flint tools and stone weapons for hunting and other practical uses. They lived in small groups, traveling across the area in search of animals and foraging for food. The Archaic peoples generally traveled in cycles between river valleys, the Lake Erie shoreline and interior forests, depending on the time of year. As they traveled they would set up camps near water, often returning to the same camps year after year.
Smith added that while Indians’ points are generally referred to as arrowheads, most of the larger pieces in his collection are actually spearheads used by the Native Americans to take down large game, like bears and wolves, that were once present throughout the local area. The smaller points in his collection are true arrowheads used to hunt birds and other small game.
Some of the more unique pieces in Smith’s collection are the stone gorgets, a type of jewelry wore around the neck, and stone “marbles,” which the Indians used to play games. Smith also has a highly sought-after banner stone and a rare unfinished banded slate effigy piece. There is a debate on what the actual purpose of a banner stone was, with some believing it was part of a spear and atlatl tool kit, while others theorize a banner stone was a ceremonial piece. An atlatl is a long stick with a hooked end that provides extra leverage when throwing a spear. The banded slate effigy, while unfinished, would have been carved into a bird or another important animal in native culture.
Smith also has a large collection of grooved stone axe heads and celts. A celt is a type of axe head tool with a hatchetlike cutting edge. Amazingly, many of the celts in Smith’s posession still retain their bladed edge.
Indian artifacts are not the only objects Smith has uncovered in Avon’s fields. He also boasts an antique bottle collection, and he has a handful of old coins.
“I have found old pennies and Buffalo nickels,” Smith said. “I have a bottle collection of old farm dumps that I excavated.” Smith’s bottle collection includes what he believes is an Prohibition-era whiskey bottle featuring a flattened design, enabling a person to hide the bottle in their pocket without being discovered.
Smith noted that with the growth of Avon he has lost many of his former hunting grounds; he does not search for artifacts as much as he used to. However, he said he plans to visit some farms in the local area in the near future.