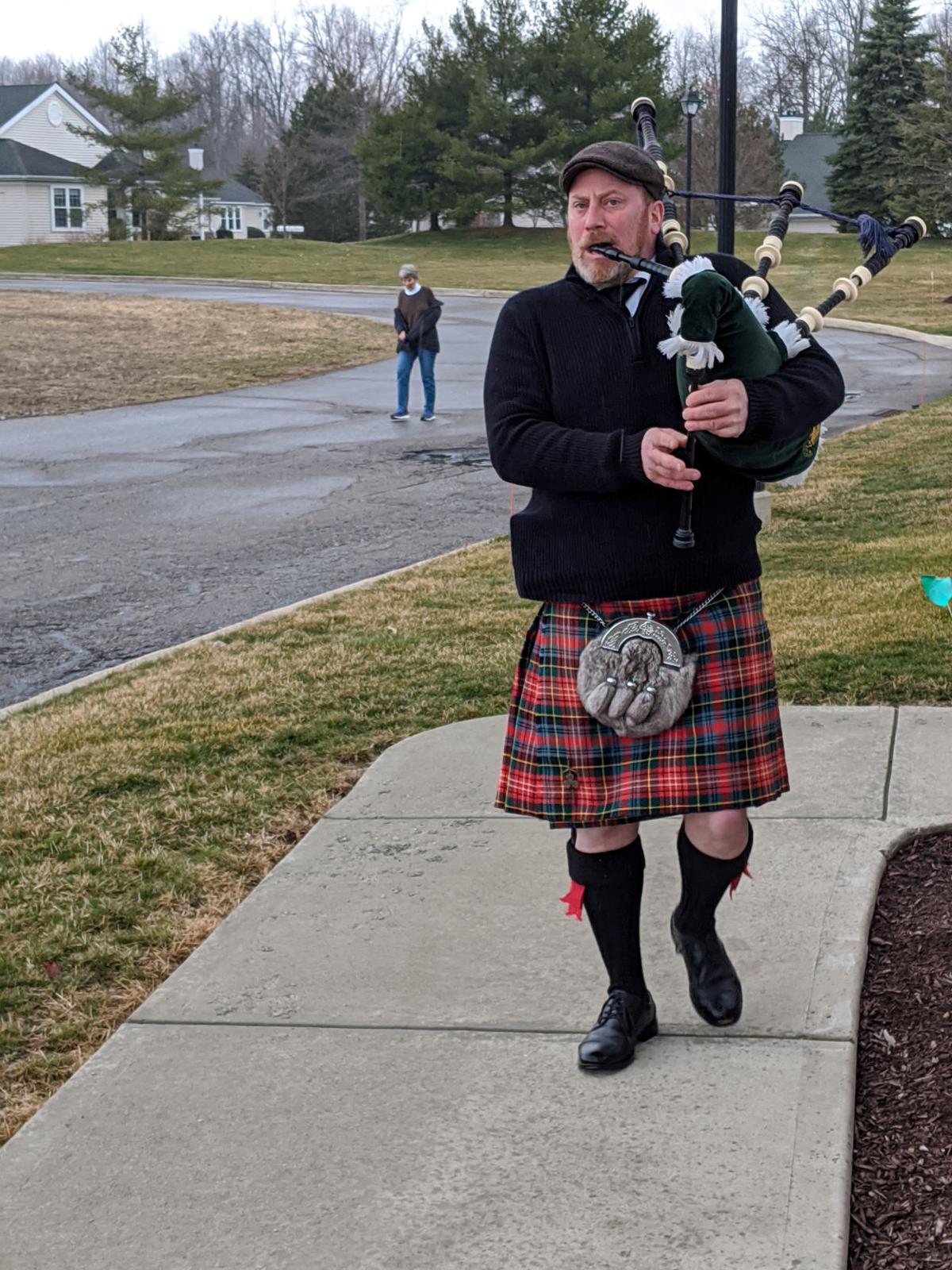 Tim Reed of Westlake prepares to play some old Irish favorites on his bagpipes for nursing home residents on St. Patrick’s Day. 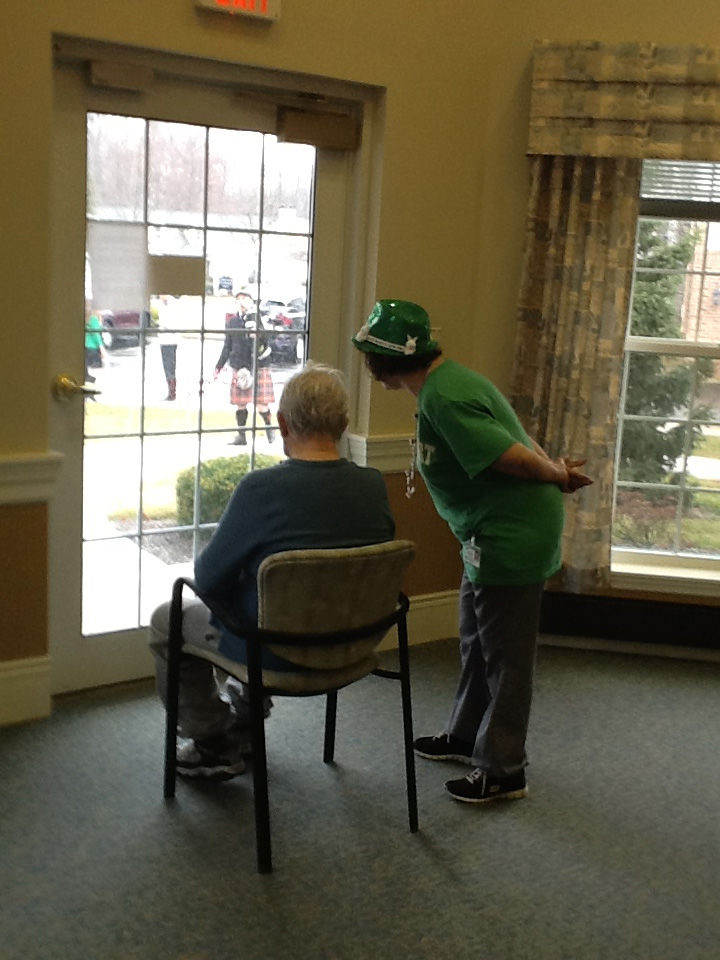 Towne Center Community Campus residents Wilma Kissig, 95 (right), and a friend were among many entertained by bagpiper Tim Reed on St. Patrick’s Day.

Tim Reed of Westlake prepares to play some old Irish favorites on his bagpipes for nursing home residents on St. Patrick’s Day.

Towne Center Community Campus residents Wilma Kissig, 95 (right), and a friend were among many entertained by bagpiper Tim Reed on St. Patrick’s Day.

You know things are a little rough when the bagpipe player isn’t allowed to perform inside the venue on St. Patrick’s Day.

Visitors are banned from Ohio nursing homes during the COVID-19 (coronavirus) pandemic, so bagpiper Tim Reed of Westlake made an adjustment. Dressed in a kilt, Reed played some Irish favorites and threw in a couple of Scottish tunes while standing outside facilities in Avon Lake.

The sight of Reed and sounds from his booming bagpipes brightened the day of Towne Center Community Campus residents. Reed walked the entire skilled-nursing and assisted-living areas of the campus to play for about 180 residents who watched from their windows.

Reed entertained residents at the six nursing homes owned by Sprenger Health Care Systems throughout Lorain County. He started as far east as Towne Center and later performed as far west as the Elms Retirement Village in Wellington,

With residents hunkered down in their rooms, Sprenger Health Care is “thinking out of the box,” said Morgan Hammond, administrator of Towne Center Community Campus.

The nursing home is planning similar events and activities for residents who are isolated in their rooms as a preventive measure.

Towne Center residents knew Reed was coming, and they were waiting with great anticipation, Hammond said.

One of them was Wilma Kissig, who was wearing green St. Patrick’s Day attire.

“They told me to put my shades up,” said Kissig, 95, who has been coloring pictures and listening to books on tape from the library during the pandemic.

“I was very, very surprised and happy,” Kissig said of seeing Reed. “I liked his outfit and music, of course. He was professional in the way he marched.”

“I was thoroughly impressed,” said McIntyre, who has been listening to books on her iPad to pass the time. “I love bagpipes.”

“I saw smiles, excitement, tears – just about every emotion you can imagine,” he said. “I saw their faces and hands come up to the windows. It was cool. People usually come to see me and my band during St. Paddy’s Day, but this time, I got to bring St. Paddy’s Day to the people.”

Reed, who is of Irish descent, has played the bagpipes for 21 years. He said he learned how to play from his father, Timothy Reed, and family friend Sandy Hain. Reed has marched with his bagpipes in Cleveland’s St. Patrick’s Day Parade for about 10 years. The parade’s cancellation altered his plans. He also played at the Western Reserve Fire Museum and Education Center in downtown Cleveland and at two private parties that day.

“Oh, they loved it,” Hammond said of Reed’s audience. “It brought a little more cheer to their day, especially as our residents are facing isolation. It’s a tough situation, especially when our residents can’t leave their rooms. This gave them something to see, and it made them happy.”