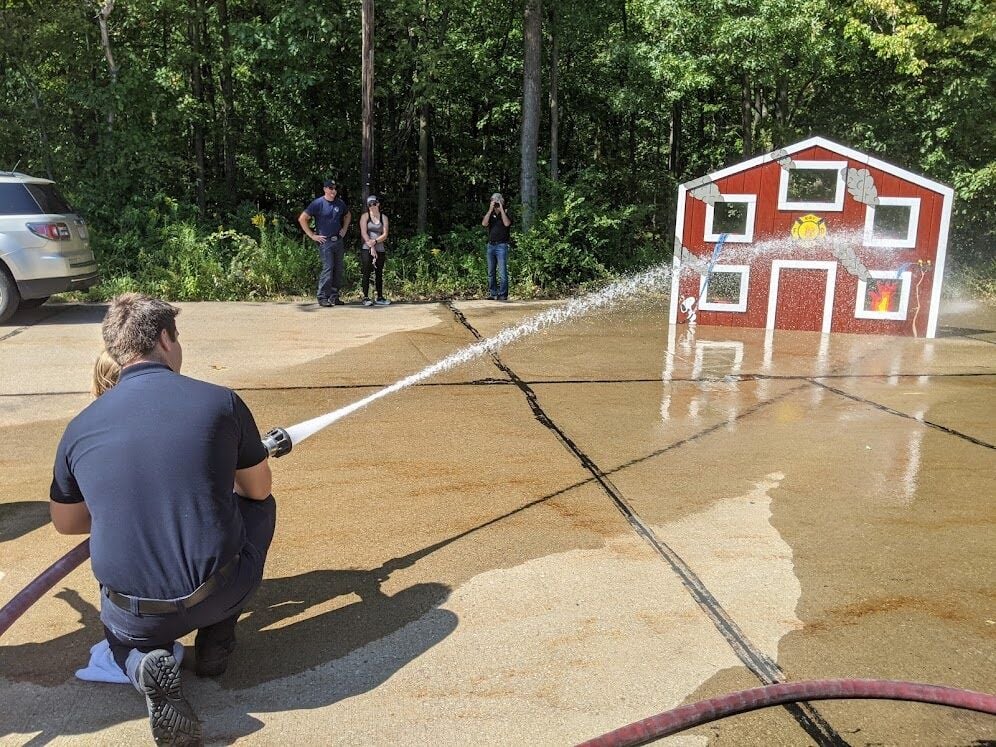 Firefighters created a ‘house fire’ with wooden flames for children to extinguish. 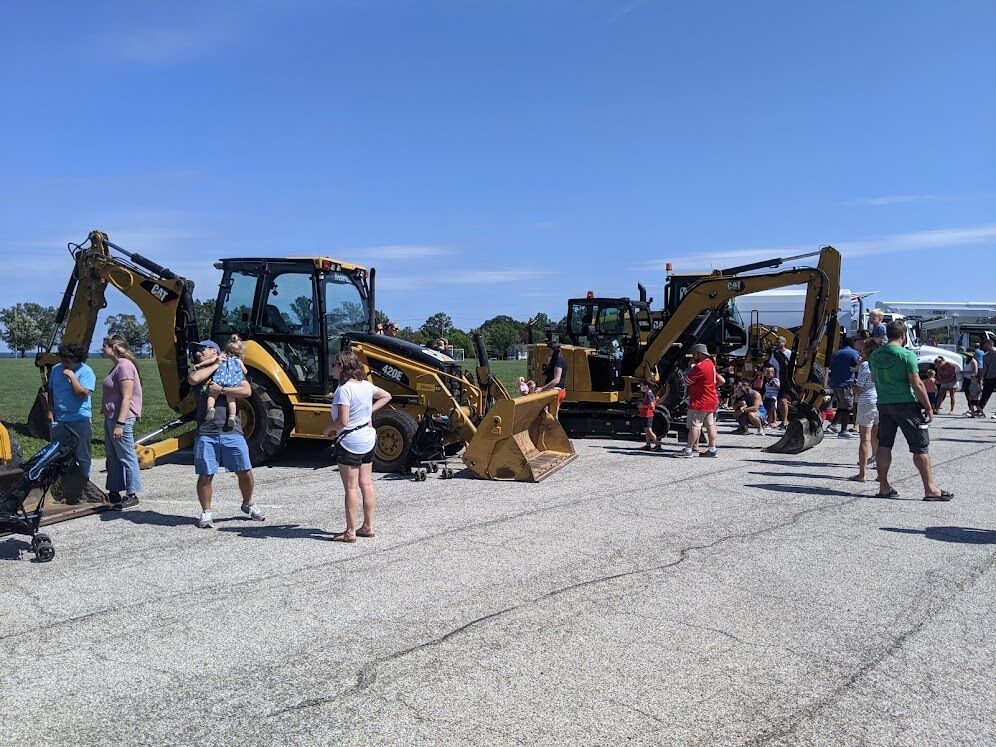 Construction vehicles were popular — especially when you get to honk the horn. 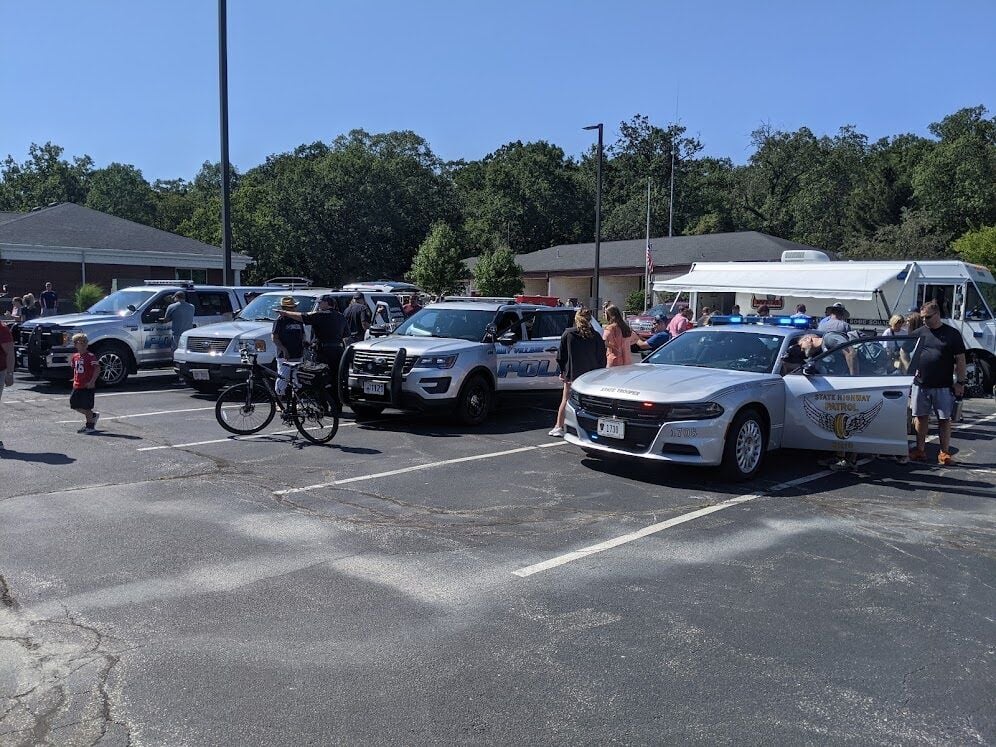 Vehicles at the Touch-a-Truck event included a state trooper car and FBI and SWAT cars.

Firefighters created a ‘house fire’ with wooden flames for children to extinguish.

Construction vehicles were popular — especially when you get to honk the horn.

Vehicles at the Touch-a-Truck event included a state trooper car and FBI and SWAT cars.

Cover your ears! Give a child the chance to set off sirens and lights of fire trucks and police cars and … well … it can get loud.

About 1,000 people attended Saturday’s three-hour Touch-a-Truck event at the combined safety campus of the Bay Village police and fire departments on Wolf Road. Started in 2014, the event is usually held during the week of 9/11. This year, it happened on the 20th anniversary of the terrorist attacks.

Touch-a-Truck is a time when children — and adults who are pretending they are just there for the children — get to climb into a fire truck, touch all the shiny silver knobs and giant hoses, look at the bucket on the back of the fire truck, climb into the back seat of a police cruiser (“I’m innocent, officer!”) and generally enjoy finding out how police, fire personnel, FBI and even SWAT teams do their jobs.

There were over a dozen vehicles from snow plows to school buses for the children to explore. The event spread over into Cahoon Park, where families parked before walking over to the event. The fire department worked a grill throughout the day, providing hot dogs and other food for attendees, and Smokin’ Rock n’ Roll food truck served attendees as well.

Police Chief Robert Gillespie was excited to see families and members of the community come out and to interact with them. This is Gillespie’s first time running the event as chief.

“It’s essential to be able to be seen by the eyes of the public and humanize police officers,” said Gillespie, who took over as chief in May. “It’s a chance to say ‘Hey we don’t just arrest people or give tickets.’ It’s a chance to come and get to know the officers.”

The fire station often hosts tours, Lyons said, but this event gives another look at how they perform their jobs.

The two departments share a parking lot, which made it easier to coordinate between the groups. In addition to the fire and police, the service department had trucks for the public to see.

“We have other community partners that come out,” Lyons said before the event. “The hospitals will have representatives there so hopefully we’ll be able to take some blood pressure for community members.”

University Hospitals’ helicopter landed in Cahoon Park for the event.

There were events for children, such as shooting fake flames out of a small house constructed by firefighters and a grill cooking hot dogs.

“It’s bittersweet to have this on the 20th anniversary, this year of commemoration of the supreme sacrifice by our firefighters and police personnel,” Lyons said.