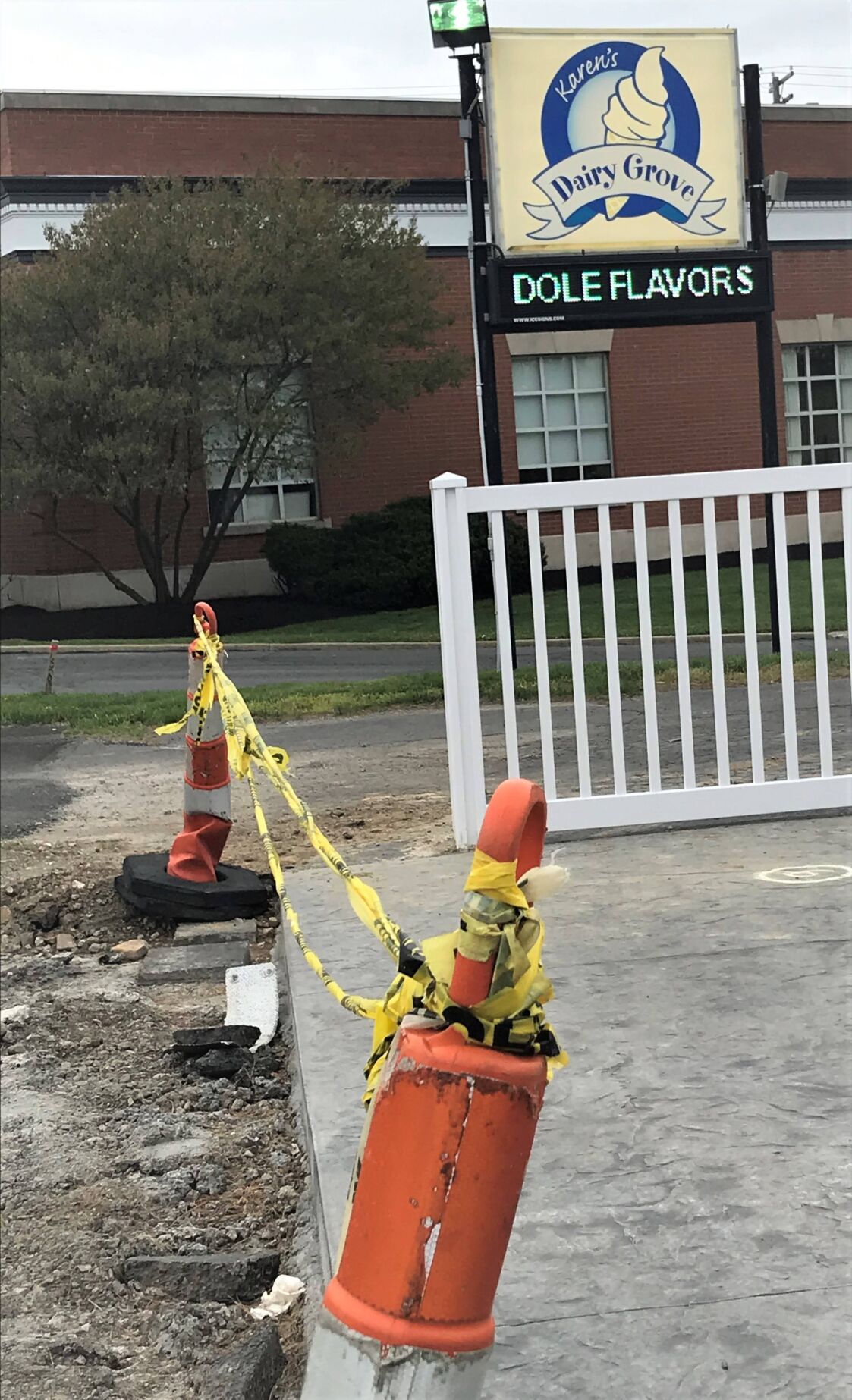 The inspiration for the concoction Karen’s Dairy Grove owner Karen Morell came up with about two years ago was sitting outside the front window of her Center Ridge Road store… And still is. 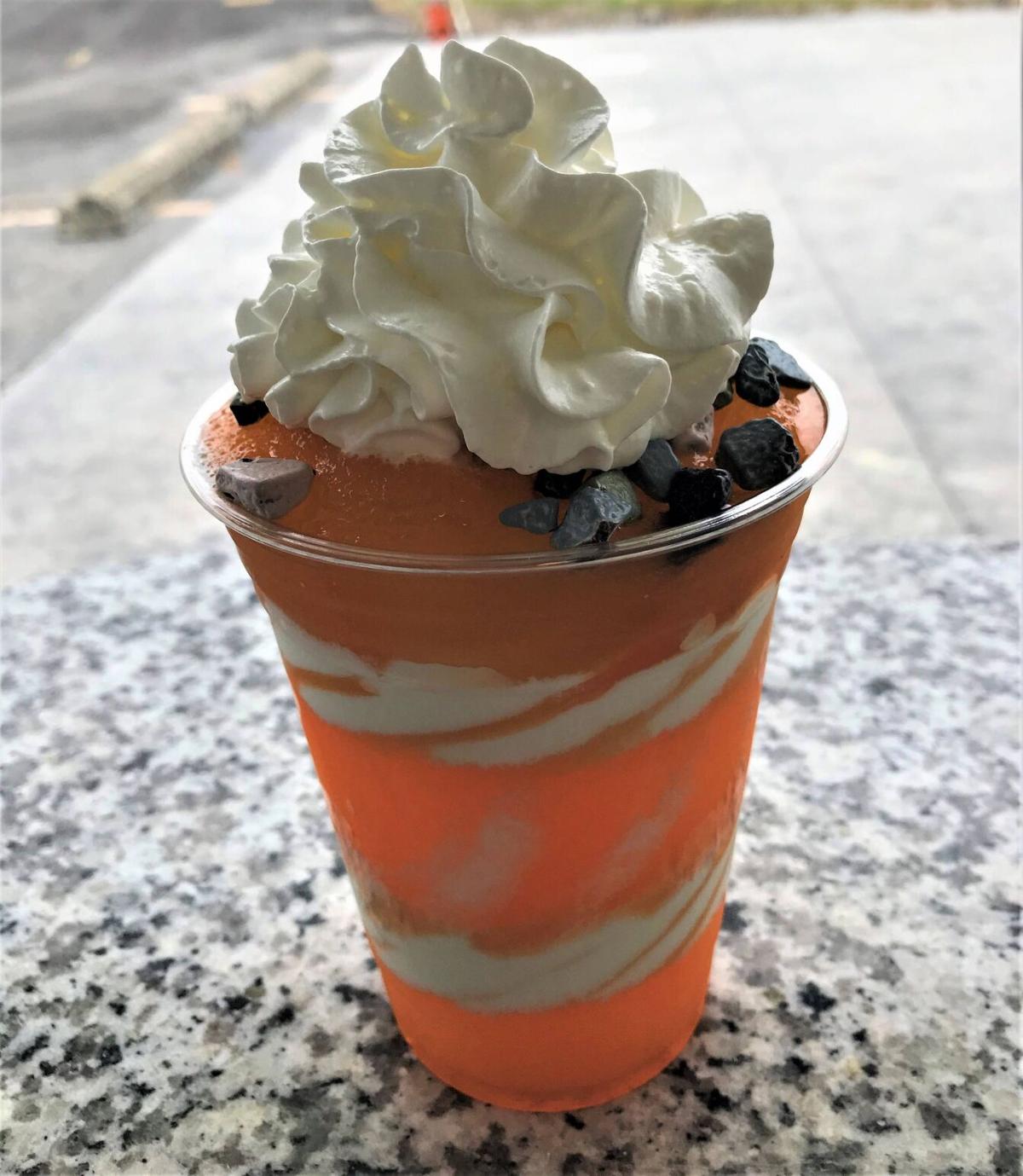 The inspiration for the concoction Karen’s Dairy Grove owner Karen Morell came up with about two years ago was sitting outside the front window of her Center Ridge Road store… And still is.

Dairy Grove, owned and operated since 2010 by Karen Morrell, opened April 15 for the spring and summer season. By April 20, Morell had sold approximately 250 of her icy Construction Barrel concoctions.

The Construction Barrel, dreamed up by Morrell, 58, is a parfait consisting of layers of orange slushy and vanilla ice cream. Served in a clear plastic cup, Construction Barrels are meant to resemble their seemingly ubiquitous namesakes inhabiting both sides of Center Ridge. The top of Morrell’s cones are coated with chocolate chips and chocolate chunks representing the road debris usually scattered alongside real construction barrels.

“People start to take pictures of them,” Morrell added, regarding her barrels.

Like everyone else familiar with Center Ridge Road, Morell has been staring at orange construction barrels for approximately three years.

ODOT’s widening of Center Ridge began in March 2018 and the work has taken its toll on Morrell’s bottom line. She said business has been down about 25% annually for three years. Add to that the toll taken by COVID-19 and Morrell said she has seen some lean times.

“I really believe widening Center Ridge is a good idea,” Morrell said. “But I had no idea it was going to take this long.”

She added a hope she can retire the Construction Barrel soon. That hope may be realized in a few months as ODOT says the project should finally be substantially completed in June.

Prior to buying the ice cream shop, which has been at its current location since 1961, Morrell was a prosecutor for the City of Cleveland for four years

“It wasn’t always the most fun job in the world,” she said. “There’s a lot of misery in that line of work.”

Morrell said she tired of the grind of being a city prosecutor and when the opportunity presented itself to buy the ice cream shop, she jumped at it.

“It was definitely a leap of faith,” Morrell said, “but it worked out and I enjoy it.”

There was undoubtedly one good thing to come out of Morrell’s time as a prosecutor. She met husband Roy Rich, who retired after 35 years with the Cleveland Police Department. Lawyers and police getting together happens frequently in her former line of work, Morell added.

In addition to her Construction Barrels, another popular and unique offering at the Dairy Grove is the Mad Scientist, a colorful parfait topped with gummy worms. It comes complete with a spoon that changes color when dipped into and removed from the ice cream. Morrell comes up with most of her unique offerings herself.

Dairy Grove is at 35455 Center Ridge Road. Hours are 1-9 p.m. Sundays through Thursdays and 1-10 p.m. Fridays and Saturdays. Dairy Grove normally stays open until the week after Labor Day. The cost of a Construction Barrel is $3.95. Morrell donates 25 cents of every sale to the North Ridgeville Safetytown.