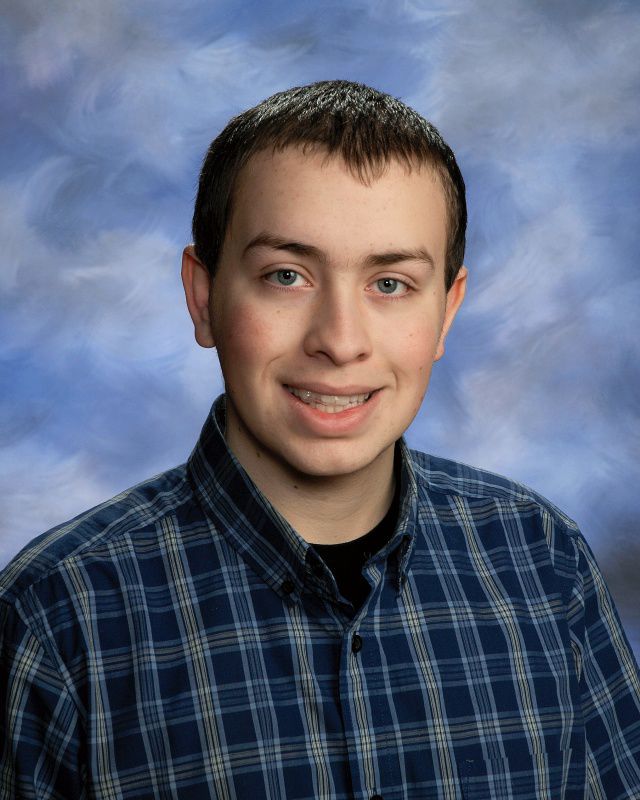 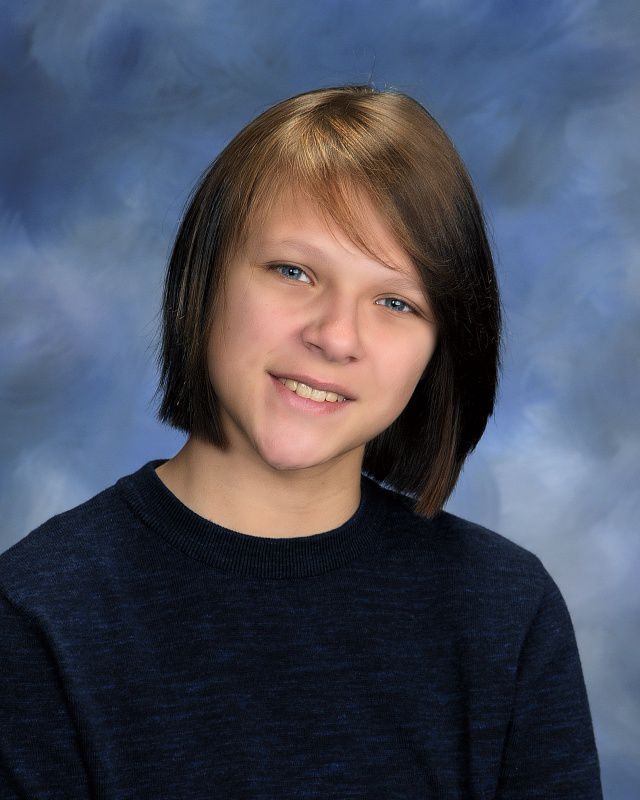 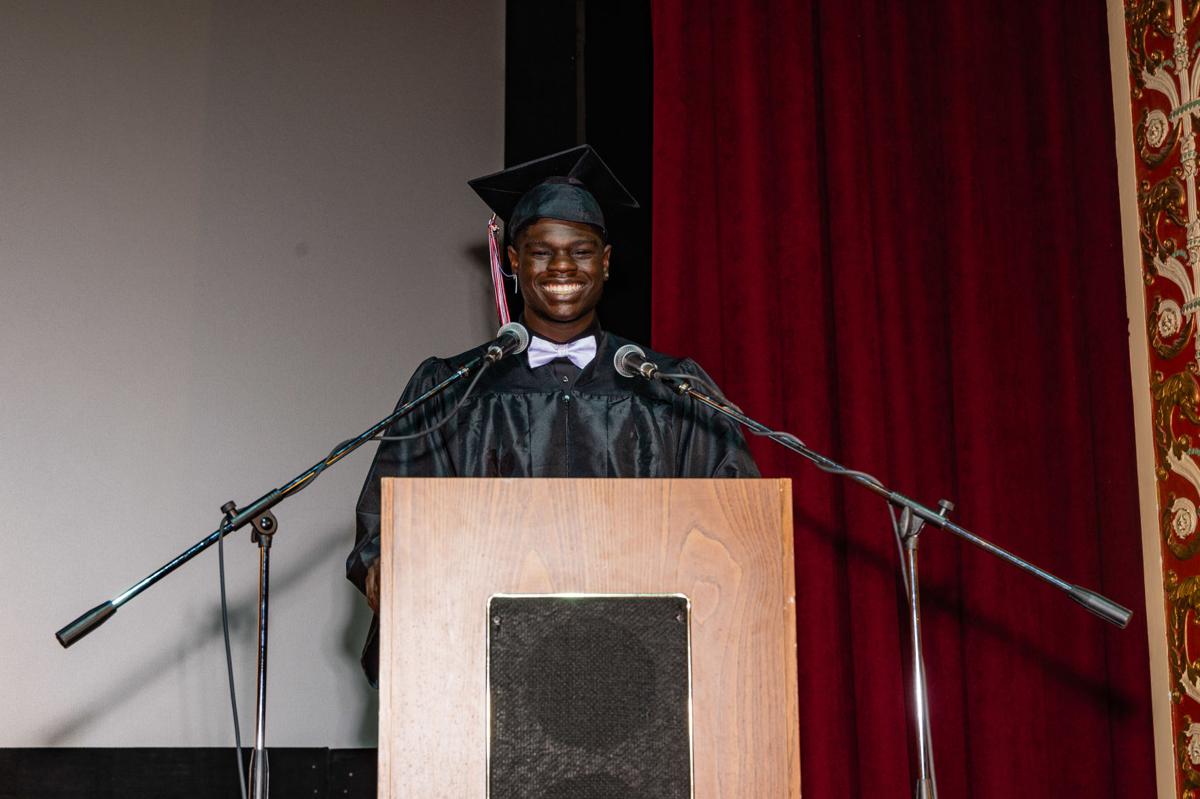 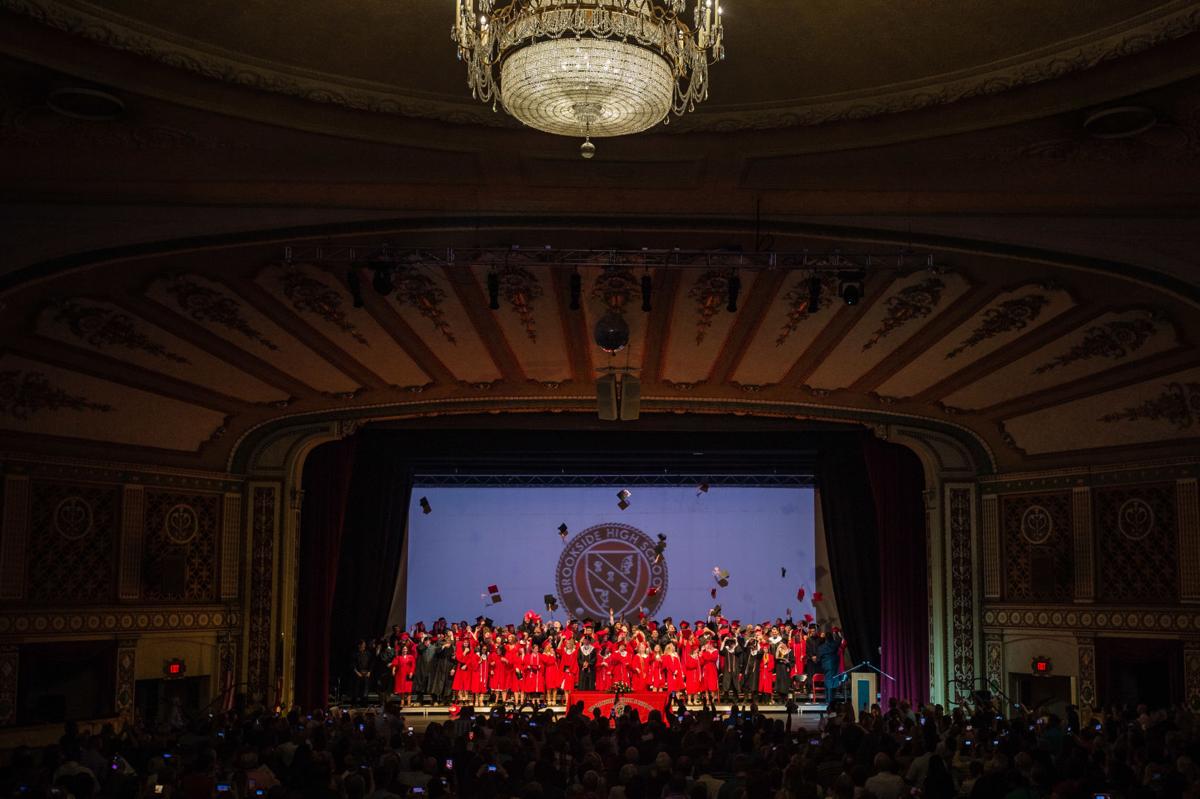 Newly minted graduates from Brookside High School toss their caps at the close of commencement exercises.

Newly minted graduates from Brookside High School toss their caps at the close of commencement exercises.

Commencement exercises were held May 25 at Lorain's Palace Theater for 137 seniors of Sheffield-Sheffield Lake's Brookside High School. Besides their high school diploma, five students earned an associate degree from Lorain County Community College for their participation in College Credit Plus, a program that allows students to take college courses while still attending high school.

Speakers were senior class president Malachi Dominick, Connor Baughman and Brandon Min. They are among the top five students in the senior class along with valedictorian Burke Miller and salutatorian Lauren Prezelj. Counseling Department secretary Pat Blaseg said the top five students were so close that they did not know who would be valedictorian or salutatorian until final grades were posted by the very last teacher.