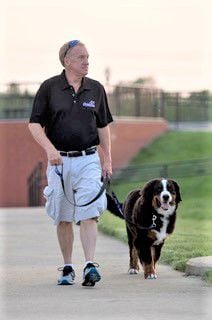 Tom Kramig, team owner, with Zeus, a regular at the stadium 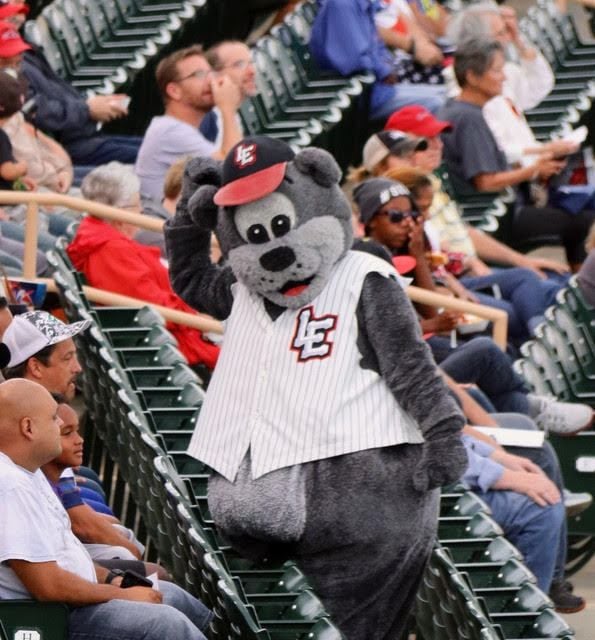 Fans enjoyed baseball and a wine event at Crushers Stadium. This photo, taken a few years ago, shows why social distancing is challenging in venues like stadiums. 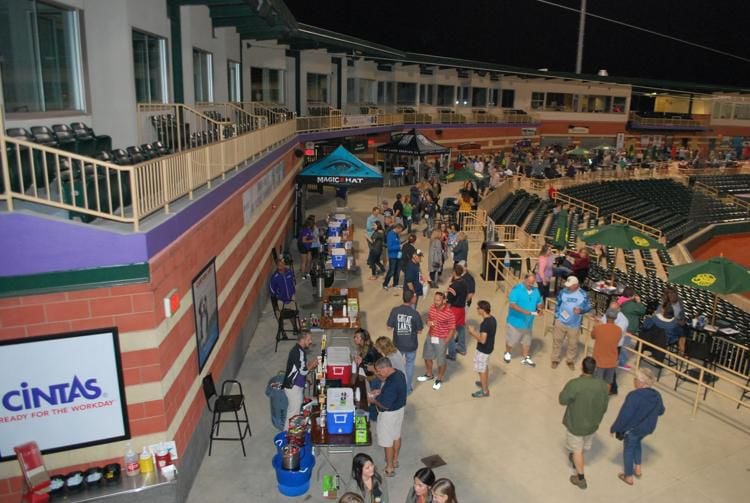 Crowd favorite Stomper mingles with fans at a Crushers game in 2018.

Tom Kramig, team owner, with Zeus, a regular at the stadium

Fans enjoyed baseball and a wine event at Crushers Stadium. This photo, taken a few years ago, shows why social distancing is challenging in venues like stadiums.

Crowd favorite Stomper mingles with fans at a Crushers game in 2018.

Baseball hasn't caught COVID-19, but it might as well have. Avon's Lake Erie Crushers canceled their 2020 season late last month due to the virus and associated travel and group gathering restrictions.

No fan is more bummed out than owner Tom Kramig.

He is already looking forward to 2021 and says, barring another outbreak next winter, “We'll be back.”

Even if some restrictions are still in place, Kramig believes they can play ball. He explained that when the virus caused the first cancellations and restrictions in March, he and the other 13 owners of baseball teams comprising the independent Frontier League initially believed they would have a season, albeit a shorter one. They created plans dealing with social distancing and travel restrictions. They bumped opening day to June. “Then it was April, then May,” he said. As weeks passed and the virus did not abate as hoped, it became clearer they might not play this year.

There are two Canadian teams in the Crushers’ division and they had canceled their season before the others due to Canadian travel regulations. There is a ban on travel between the U.S. and Canada due to COVID-19.

By late June, owners agreed the season was lost. The primary reasons were restrictions on public gatherings and travel plans. Major League Baseball teams will generate revenue through lucrative television contracts when their season begins later this month, Kramig said. The Crushers make money only when fans are in the seats and buying concession stand items. When that happens, fans see sponsors' signs inside the stadium. Ticket sales, sponsorship and concessions are the three top revenue generators for the team

With severe limits on the number of fans permitted and restrictions varying from community to community, Kramig said it just did not make financial sense for the league to try to play ball.

Despite his obvious disappointment about this season, he said, “When you work in baseball, you gotta remain an optimist. I hope fans will come back because they miss the game. We gotta hang onto that.”

Mayor Bryan Jensen agrees. “I am hoping the loss of the 2020 baseball season will make people even more eager to want to watch the Crushers next year.”

A recent Monmouth University poll suggests fans miss baseball more than any other pro sport this summer. Among those who miss live pro sports a lot, 49% say they are really hankering for the return of baseball.

However, to get to next year, teams need to survive 2020. “Teams are going to go broke this summer,” Kramig said, including affiliated minor league teams. He believes teams in the Frontier League will survive. There are 160 minor league teams, not counting the independent leagues like Frontier with teams like the Crushers.

“Some players will have to give up the dream and go get a new job,” he said. He told Crushers team members in March when the first restrictions were issued to not quit their off-season jobs. “Some won't come back,” he said, acknowledging they have bills to pay and lives to get on with in this year's unpredictable environment.

The Crushers will lose money this year. “We're trying to minimize the damage.” He said they were renting the facility to travel baseball associations. However, bathrooms and concessions are closed. They have two portalets and installed hand sanitizing stations throughout the facility. He said it will generate a little revenue but nothing like what the Crushers can generate.

Season and package tickets holders as well as billboard sponsors were able to roll their 2020 purchases forward to 2021. “I was very pleased that 90% of our ticket holders and sponsors told us to keep the money,” Kramig said.

He used federal Paycheck Protection Program money to pay staff through the spring. Most are furloughed, but he hopes to bring them back in the fall to prepare for 2021.

Another hurdle Kramig must clear has to do with the lease and rent paid to the City of Avon, which owns the stadium.

Last year he proposed that the lease be extended through 2029. That would have allowed him to accept an offer to sponsor an electronic billboard inside the stadium with proceeds benefiting the team and city. He also wanted rent reduced from $250,000 to $100,000 annually, maintaining the Crushers pay double of what every other team in the league pays for rent.

Earlier this year, Avon City Council made a counterproposal, but it did not move negotiations forward, Kramig said.

“We're going to need to figure this out fast,” he said. The team has a lease through the end of the 2024 season, but Kramig said a new agreement must be reached well ahead of that. He also said, “If it was May 2021 and we were looking at a possibility of two years off, I don't know if we could keep going.”