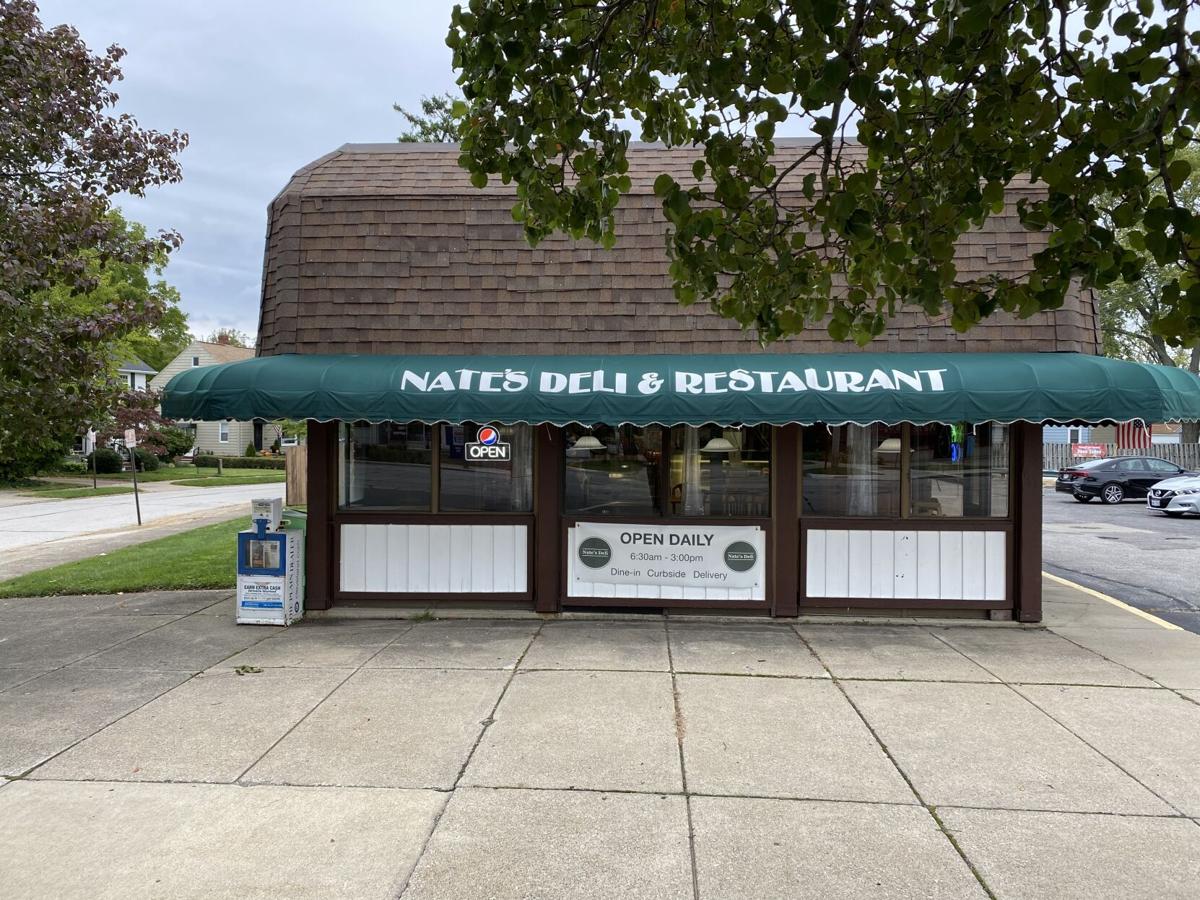 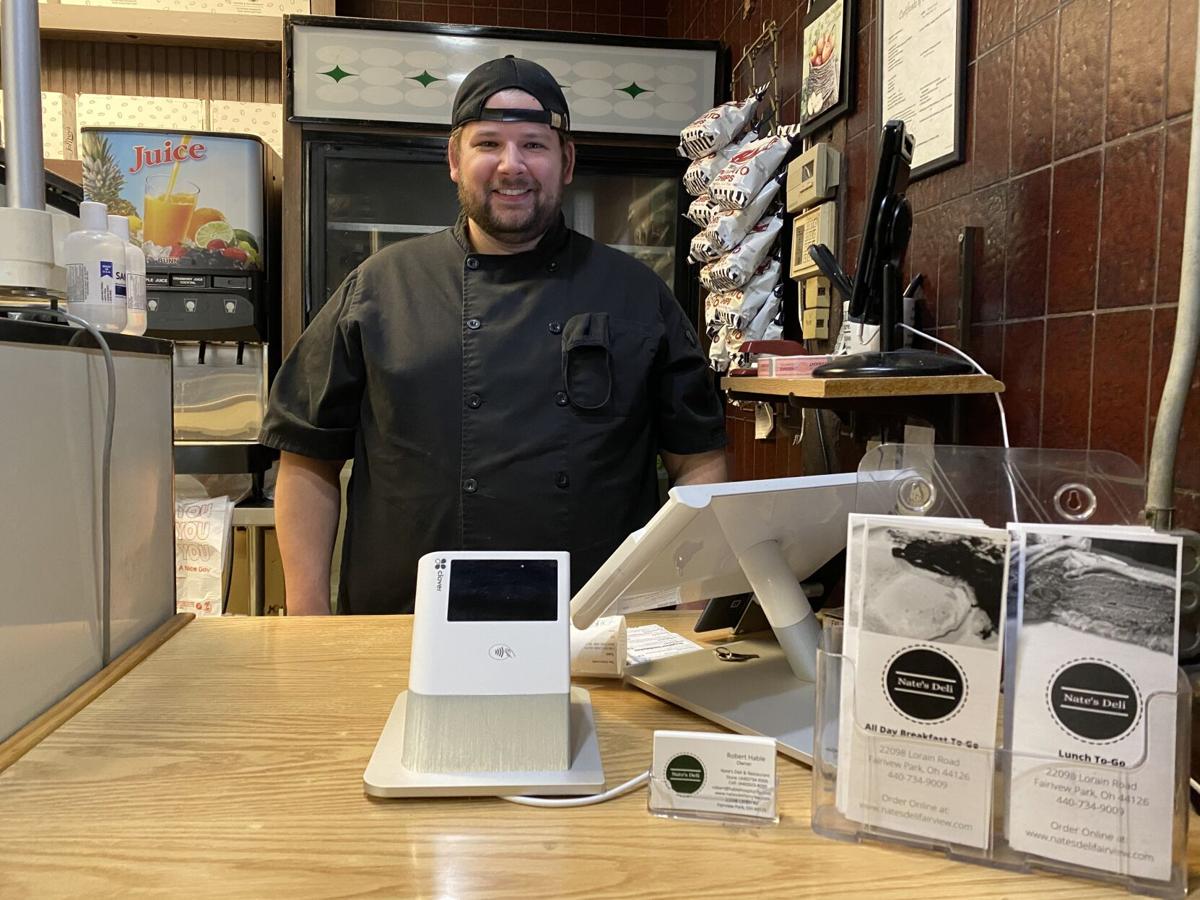 Nate’s Deli owner Robert Hable is a business owner for the first time, but has over two decades of experience in restaurant work.

Nate’s Deli owner Robert Hable is a business owner for the first time, but has over two decades of experience in restaurant work.

Corned beef and large, stuffed omelettes are two of the most sought-after items at Nate’s Deli, a Fairview Park institution for over 32 years with a loyal customer base.

For owner Robert Hable, who took over the business at 22098 Lorain Road on March 30, the chief items on his personal menu have been uncertainty, long hours and an adjustment to a new normal.

The 38-year-old Hable, a veteran of restaurant work for two decades, achieved his professional dream when he was approved for a loan through the Small Business Association (SBA) to purchase Nate’s in October of 2019. What he wasn’t expecting was the hardship that would befall his business – and most other restaurants and bars across the country – when COVID-19 forced dining room closures.

Two weeks before Hable got started, Gov. Mike DeWine called for restaurant dining rooms to close. One week after he began, Ohio’s stay-at-home order went into effect. As DeWine’s rulings came down, Hable was in the process of signing a new lease for Nate’s.

“I did that on a Friday, and that Sunday is when the governor shut down dine-in for all restaurants and bars,” Hable said. “So it was the home stretch for me when all of that happened.”

He checked with his lender, who said his loan approval was good for 90 days, giving him the option of not having to open up shop right away. He went ahead anyhow.

“It was kind of a now or never thing,” Hable said. “The old lease was up in April, and if the business was going to keep going, it was only going to do so with me as the owner. So it was kind of like, this is what I wanted, and I know it’s not the most opportune time, but I’ve got to jump in with both feet and we just did it.”

Along with just one other employee for those early days of the shutdown order, Hable rolled up his sleeves, using a wealth of knowledge gained from years working in every facet of a restaurant setting. The Olmsted Falls native’s first restaurant job was as a host at an Applebee’s when he was 18, and in the years after he became a waiter and, later, a manager for both Applebee’s and Buca di Beppo, where he learned how to cook.

He installed a new point-of-sale system and upgraded the establishment’s internet connection to handle more online orders and better track what customers were actually ordering. He shortened and streamlined the menu and learned the recipes for each item on it, finding a consistency of quality in the process and cooking everything to order.

With a plan in place, he just needed interested diners to place their orders. Since COVID-19 and the Easter holiday fell early in his tenure, Hable would have to wait for an uptick in business. Thanks to federal CARES Act funding granted to the SBA, his rent payments were covered through September. He’ll make his first one this month.

“I think the first couple weeks, there was a Monday and Tuesday where we may have only done three or four orders for the entire day,” Hable said. “And that was scary, because I’ve got to have someone else working with me. I couldn’t do everything myself, and had to have at least one other employee in the building. There were some days where what I paid her didn’t match what was coming in the door.”

Making matters more difficult, Hable didn’t qualify for any of the Paycheck Protection Program loans issued by the federal government because he was too new to his own business and didn’t have payroll data to submit. He was on his own, waiting for some normalcy.

“I think most of us thought we’d be back to normal by summertime,” he said. “My mindset changed very quickly from trying to make a profit to just to get by, do the best I could, improve the food where I could, and give everyone the best product possible to keep them coming back.”

Early on amid the pandemic, Nate’s was serving around 120 orders per week, but as establishments and their dining rooms have continued to open, he’s gotten up to 500 orders per week, with breakfast the most popular meal of the day. His staff of two has grown to six as a result. And Hable no longer has to do all the cooking. The restaurant’s hours have been extended from 8 a.m.-2 p.m. in April to 6:30 a.m.-3 p.m. currently.

To stay in line with health protocols, he removed the booths situated along the walls of the dining room, replacing them with 10 tables. In the space between the tables, he installed curtains to separate patrons. To ensure consistency in food preparation and, also, to make sure that all sanitation guidelines were being followed, he moved all food production to the kitchen, rather than having a kitchen and a deli area.

“The dining area is nice and open, and we’ve gotten nice feedback from the guests,” Hable said. “They say it’s clean and they feel safe.”

For Hable, location matters. His parents and grandparents all grew up in Fairview Park. Hable and his wife, Nicole, lived in Fairview for two years before moving back to Olmsted Falls. The Hables have two children, 2-year-old Ellie and 2-week-old Owen.

“I didn’t grow up in this community, but it’s a community I’ve lived in and felt connected to,” he said. “When I heard that Nate’s Deli was for sale, it was perfect. My grandparents used to come here.”

The desire to succeed in the restaurant industry and be his own boss has kept him going through all the long hours and all the uncertainty that a once-in-a-lifetime virus has provided. Regardless of the hardships, Hable’s living his dream.

“I feel a big sense of pride,” he said. “It’s a little surreal that I’m here and that this is the time that I got here with everything that’s going on. I think that what we’ve been able to do over here the last six months, and the transformation this place has made in the last six months is something that I’ve got a lot of pride in. Two of our employees were here under the previous owners, so they’re a reminder every day of why I work so hard. It’s not just for me, but I have an impact on the community and the lives of my employees, and that’s something I’ll never take for granted.”