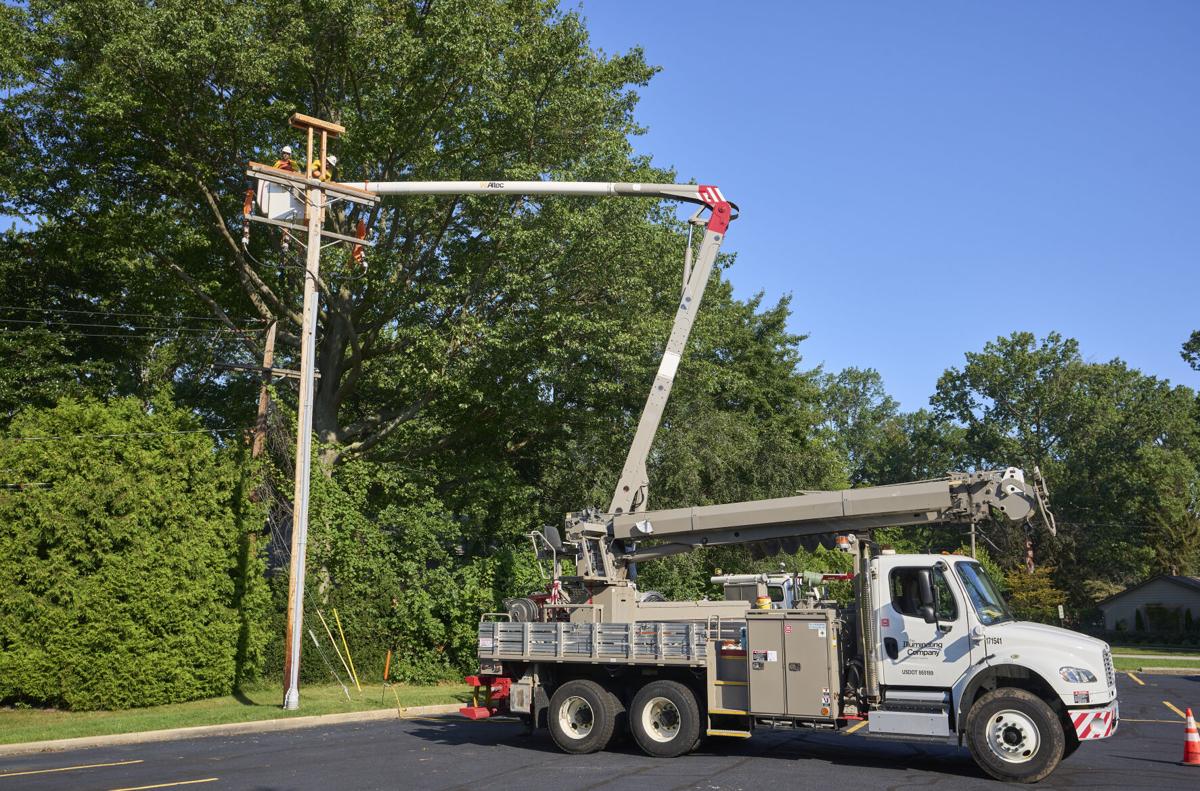 FirstEnergy workers built a perch on a utility pole for young eagles while they learn to fly. 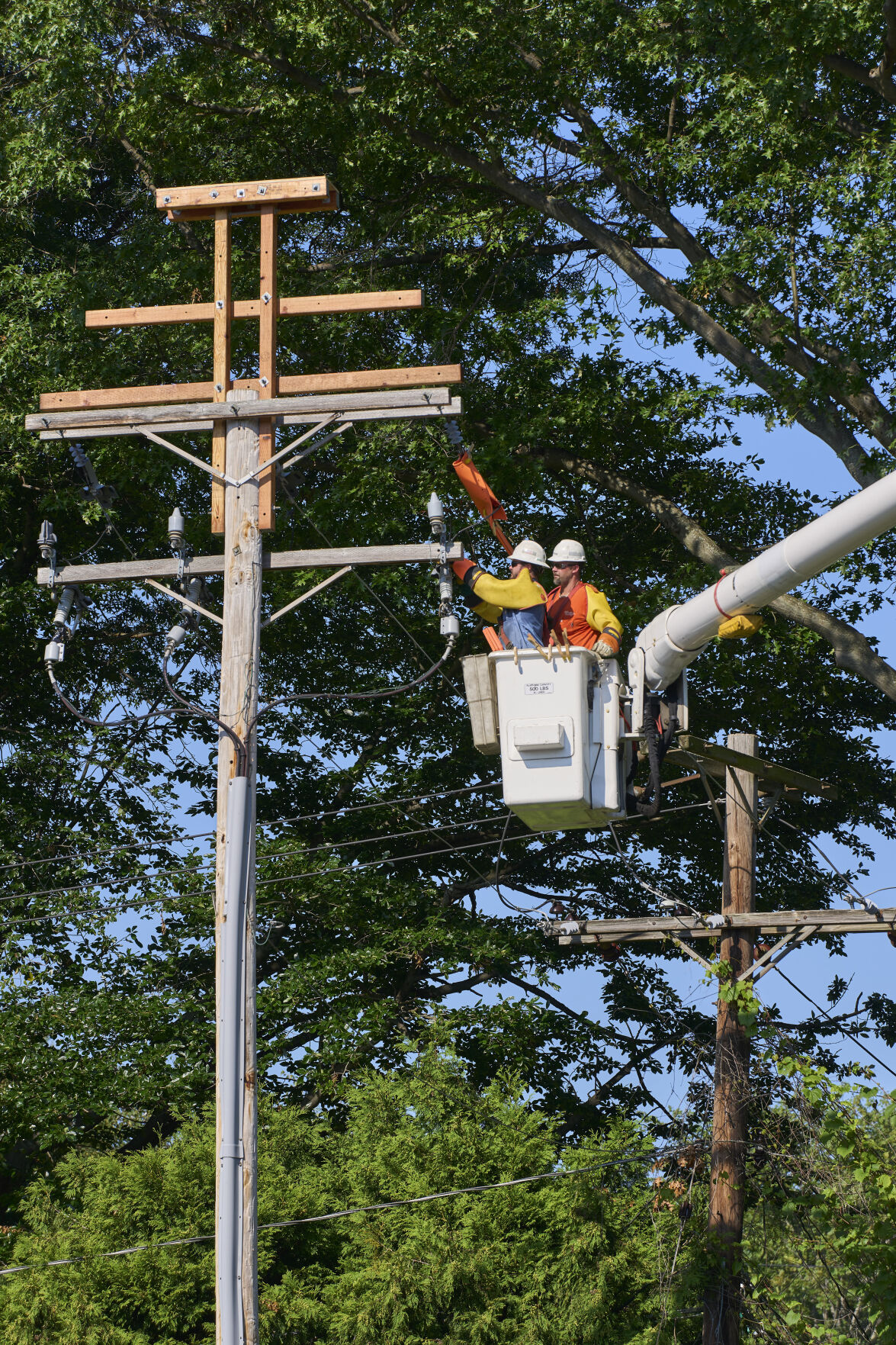 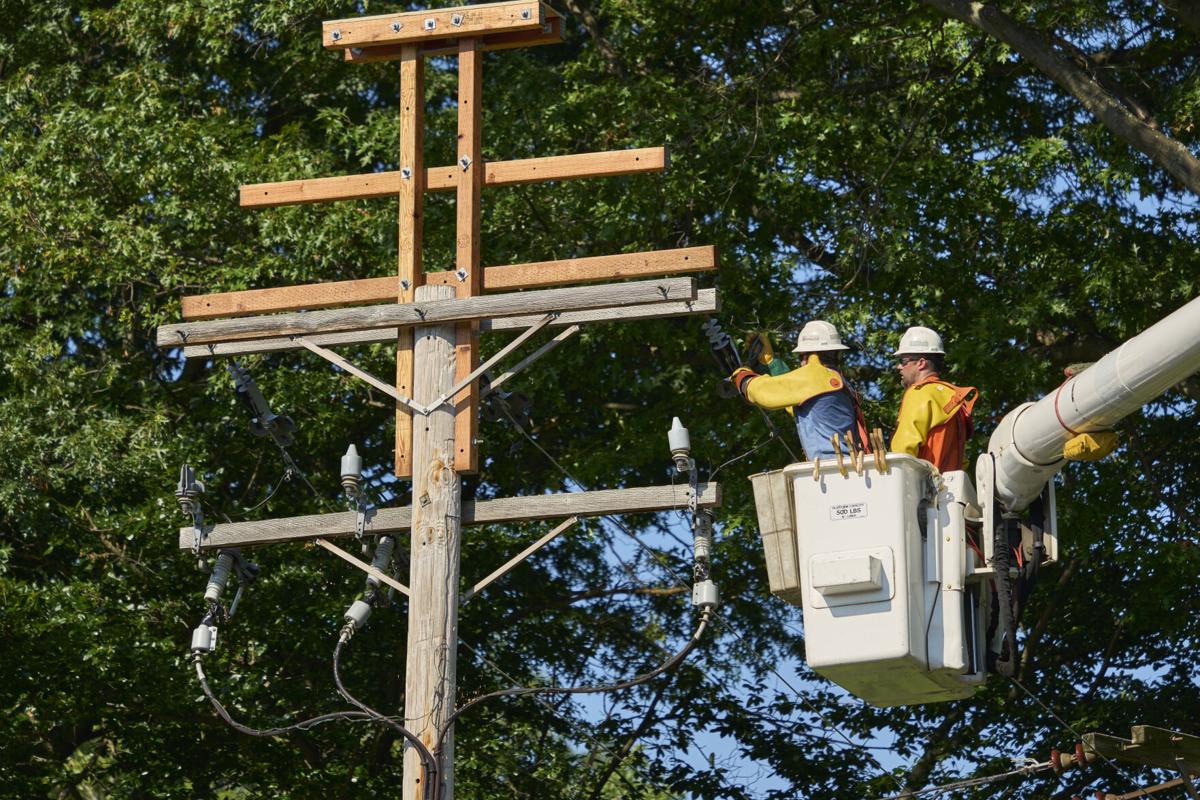 FirstEnergy workers built a perch on a utility pole for young eagles while they learn to fly.

Freedom, Bravery and Mighty, the three young bald eagles hatched this year outside of Redwood Elementary to parents Stars and Stripes, no longer need to fear getting electrocuted near their home.

Residents and eagle watchers alerted the FirstEnergy Co. after noticing that the eaglets were leaving their nest … and were perching for long periods of time on a utility pole at Redwood school, company spokeswoman Lauren Siburkis said.

Utility workers fixed the problem by building a bird of prey perch above the close-by distribution power line utility pole.

Within three days of receiving concerns, the company put up a temporary perch before installing a permanent, solid wood one. The structure rises 8 feet above the existing utility pole, which is a neighborhood distribution power line.

The utility workers added another horizontal bar and then a deck above the existing arm that carries the wires. This allows for young birds to perch on the pole while they learn to fly without risking getting electrocuted by the 69 kV lines. KV stands for kilovolts. Commonly used transmission voltages are 69 kV and 138 kV.

The perch provides several benefits for the environment and the community, Siburkis said.

“Not only does it help protect these young birds from electrocution, but it also helps prevent power outages and costly repairs on our end,” she said. “So it’s really a win-win for the entire community.”

FirstEnergy has worked in other areas to create similar perches or other projects to help wildlife.

“This is a type of project that’s a testament to the value of working closely with the local communities that we serve,” Siburkis said.