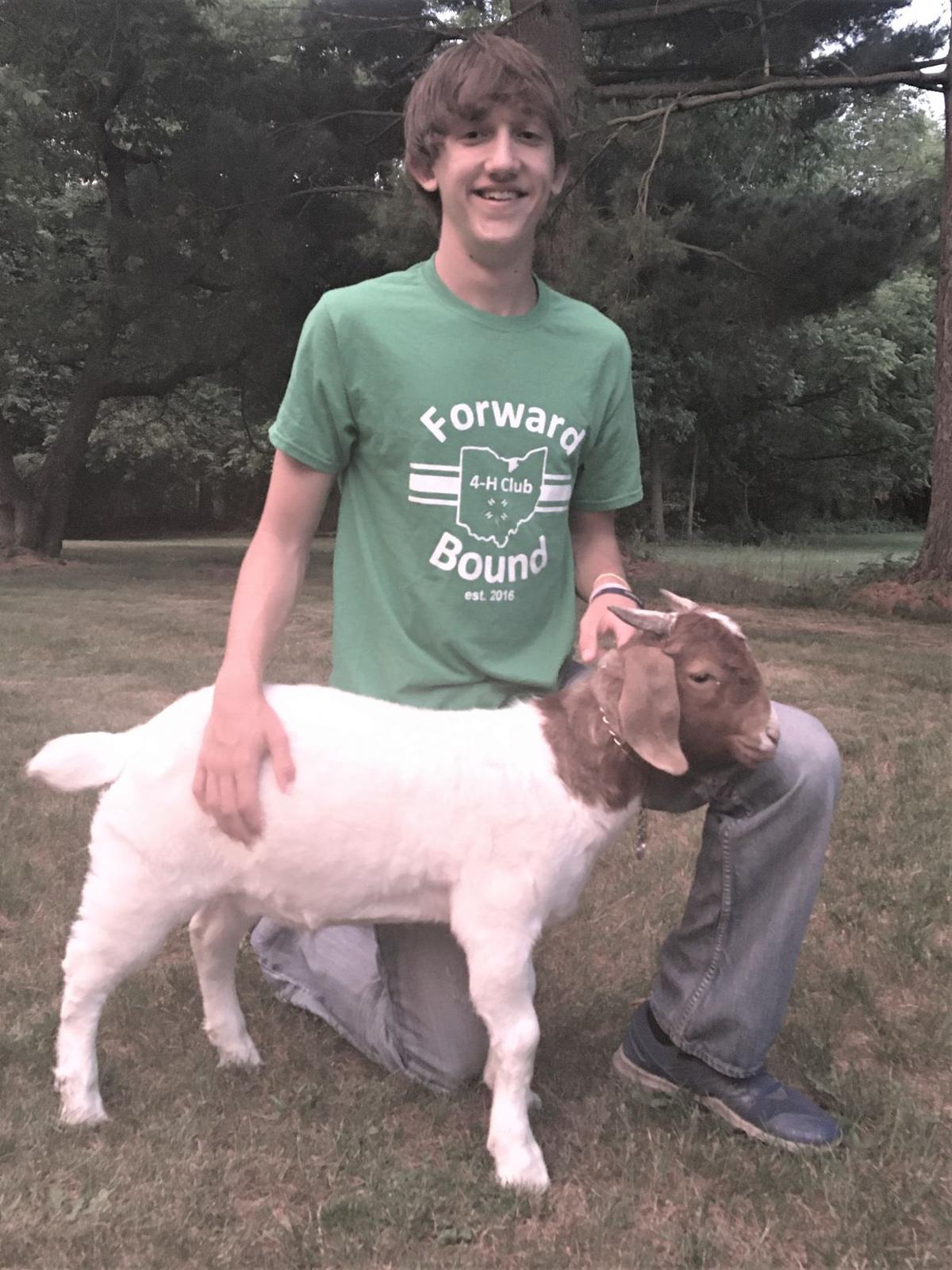 Noah Clegg, a member of Forward Bound 4-H Club, with 45 students from northern Lorain County communities, poses with the goat he will show at this summer’s Lorain County Fair, even if it has to be done virtually. 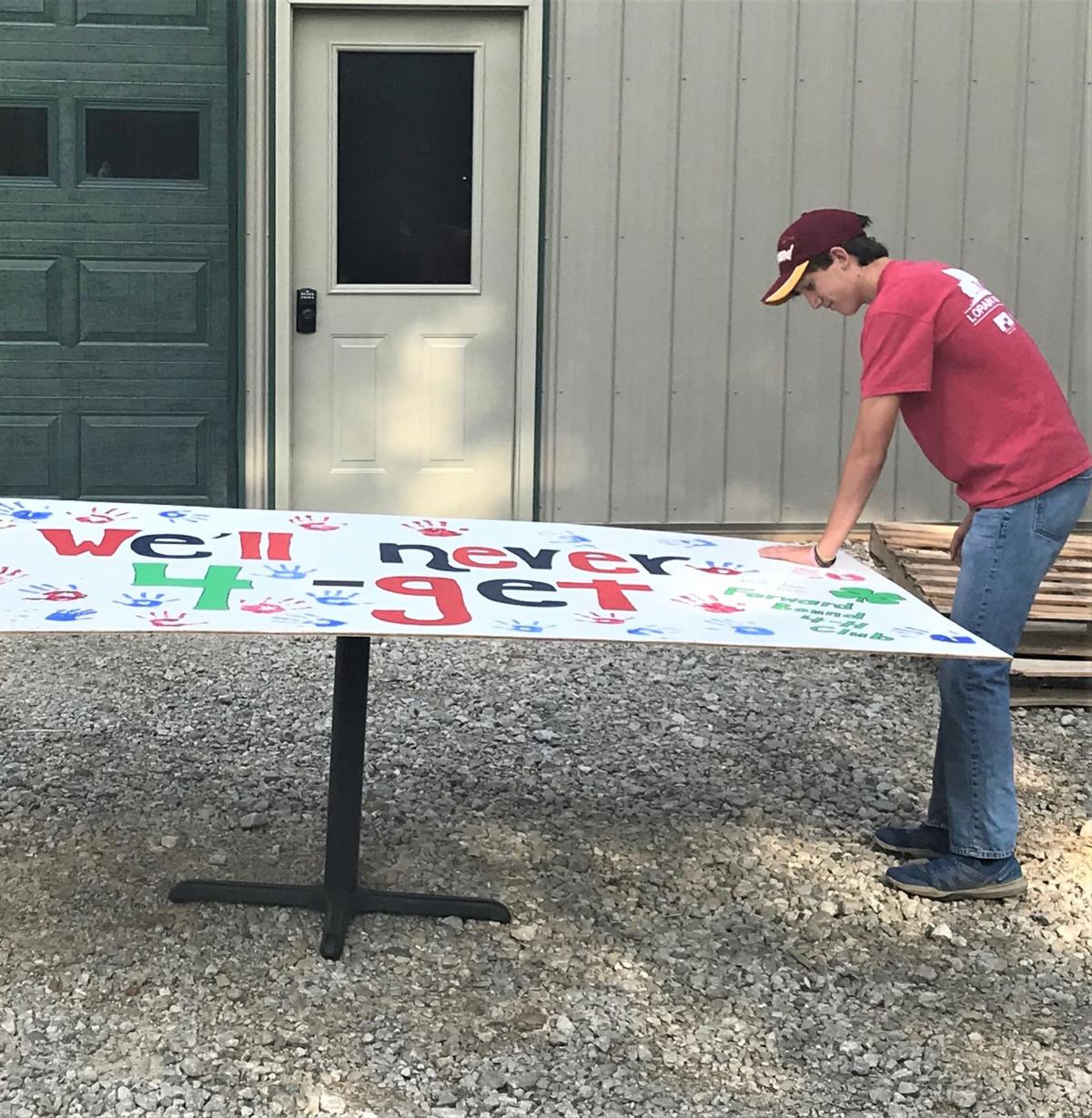 4-H club members were determined to honor veterans on Memorial Day. To respect social-distancing requirements, they took turns placing their handprints on a large thank you sign posted at the VFW in Avon. Here, Noah Clegg adds his handprint.

Noah Clegg, a member of Forward Bound 4-H Club, with 45 students from northern Lorain County communities, poses with the goat he will show at this summer’s Lorain County Fair, even if it has to be done virtually.

4-H club members were determined to honor veterans on Memorial Day. To respect social-distancing requirements, they took turns placing their handprints on a large thank you sign posted at the VFW in Avon. Here, Noah Clegg adds his handprint.

When A.B. Graham started what is considered the country's first 4-H club in Clark County, Ohio, in 1902, he wanted kids to learn through hands-on experiences. That first club focused on growing tomatoes and corn in largely agrarian Ohio.

Among them is 15-year-old Noah Clegg, who is not only hustling to ready three projects for upcoming competition at the Lorain County Fair, but is also helping to figure out what the fair will look like this year as a member of the Junior Fair Board.

He said they still do not know whether the competition will be held virtually, in person or in between.

However, they are preparing for all contingencies, which means a number of programs traditionally presented during the fair have been moved to Zoom, just like the club's monthly member meetings.

It's taken some getting used to, he admits, but adds it is good to see everyone once a month even at a distance. The 45 club members range in age from 5 to 19 and live in Avon, Amherst, Columbia Station, Elyria, North Ridgeville, Sheffield Lake, Sheffield Village and Vermilion, according to Noah's mom, Beth. She is one of eight advisers to the club. The other advisers are parents or grandparents of club members.

Noah serves as his club's news reporter, which means he's charged with seeking positive publicity for the club. It's a new role for the North Ridgeville teen, who has served as club president twice during the five years he's been in 4-H.

He said shutdowns due to COVID-19 have hampered group activities, thus limiting opportunities to write about the club's accomplishments.

However, an opportunity presented itself over Memorial Day. When a traditional ceremony at VFW Post 7035 in Avon was canceled, club members were determined to do something to recognize veterans. They created a large sign to post in front of the building on Mills Road. It featured the words “Thank You.” Then club members took turns going to a nearby yard they used as a staging area to create the sign. Each one added his or her handprint to the sign.

While many projects are done as a group, the Thank You sign allowed members to complete a group project while respecting social-distancing requirements. Noah said they heard from several VFW members who appreciated their efforts. “They thought it was amazing,” he said.

His mom said club members created cards for nursing home residents this spring and are planning to make pillowcases for a local nonprofit next month. Service is a key element of the 4-H experience, she said.

All 45 members are working on their fair projects. They include cooking, sewing, fishing, photography, beekeeping, carpentry and money management. Noah said some members do one or two projects while others do as many as five.

He is working on three of his own, including showing a rabbit and a goat. His third project is in a category called “pantry panic.” He said he's still undecided about what to cook for judging.

However, 4-H guidelines say the project helps youth develop the skill and imagination to prepare healthful meals from ingredients you have on hand or might receive from a food pantry.

Part of the learning is focused on the issue of food insecurity.

One of the highlights of the county fair is the judging. Noah said this year's ribbon winners will miss out on competing at the Ohio State Fair, which was canceled due to COVID-19 regulations restricting large gatherings.

One the other hand, the experience – even missing out on the state fair – builds life skills for all participants. “It doesn't matter whether a kid wants to be a doctor or a farmer,” Beth said.