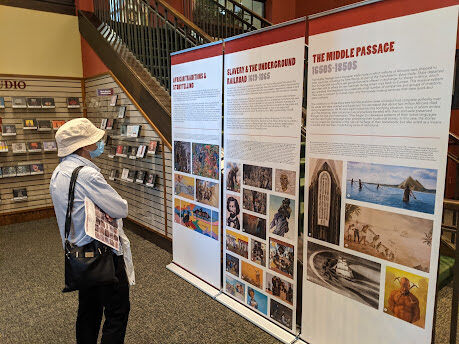 A woman stops to read the panels for “Telling a People’s Story” in the library. 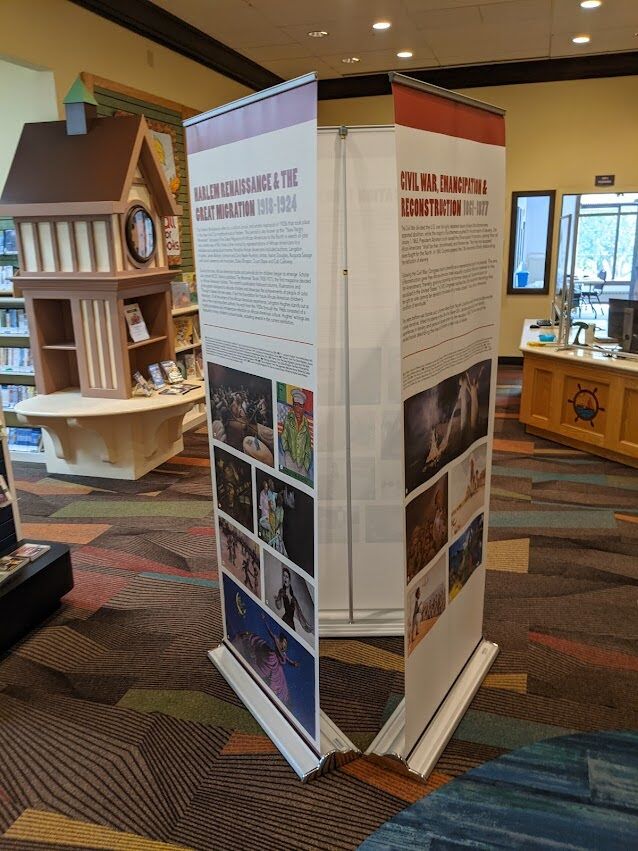 The panels are spread out on the library floors, starting at the entrance before moving up to the children’s section.

A woman stops to read the panels for “Telling a People’s Story” in the library.

The panels are spread out on the library floors, starting at the entrance before moving up to the children’s section.

The traveling exhibit, organized by the university’s art museum through a grant from the Martha Holden Jennings Foundation, is focused on illustrations from African-American children’s picture books.

“I think it's a great way to kind of expose people to different kinds of museum-type opportunities in the library,” said Charlotte Blaiser, children’s services manager for the library. “Being part of the Cowan Pottery Museum we are interested in bringing in culture and exposing people to new focuses.”

There are bingo cards for children to mark off as they walk through the exhibits, spotting the different illustrations and matching them to the card. Blaiser said this was done to make the exhibit more interactive. There is a small prize for those who complete the card.

The exhibit begins at the library’s entranceway and leads to different stopping points before the final panels in the children’s section. Each section carries a different part of the timeline, Blaiser said.

Modern Cultural Identity (1970s and beyond)

Visitors can follow the panels chronologically. Blaiser said there is a small break in the timeline with the Biographical Sketches that are placed following the Harlem Renaissance.

“It's a great way to showcase that literature goes beyond just reading enjoyment, that it has historic importance,” Blaiser said. “All of the huge events that took place throughout black history have been really beautifully captured in these stories, and that those illustrations need to be celebrated.”

The library paid $300 through the programming budget, which is used for speakers and presenters, Blaiser said. The exhibit will be available through Sept. 26.

“We haven't been able to get in-person performers or presenters as much so it's another way to kind of bring something to the library that allows people to be distanced,” Blaiser said. “It’s a more COVID-friendly activity, which we’ve been trying to come up with.”

At the end of the exhibit is a display of books by African American illustrators and titles featured in Marley Dias’ 1000 Black Girl Books available to borrow from the children’s area.