You are the owner of this article.
Edit Article Add New Article
You have permission to edit this article.
Edit
Welcome, Guest
Home
News
Communities
Sports
A & E
Announcements
Obituaries
Opinion
Multimedia
Classifieds
Publications
1 of 3 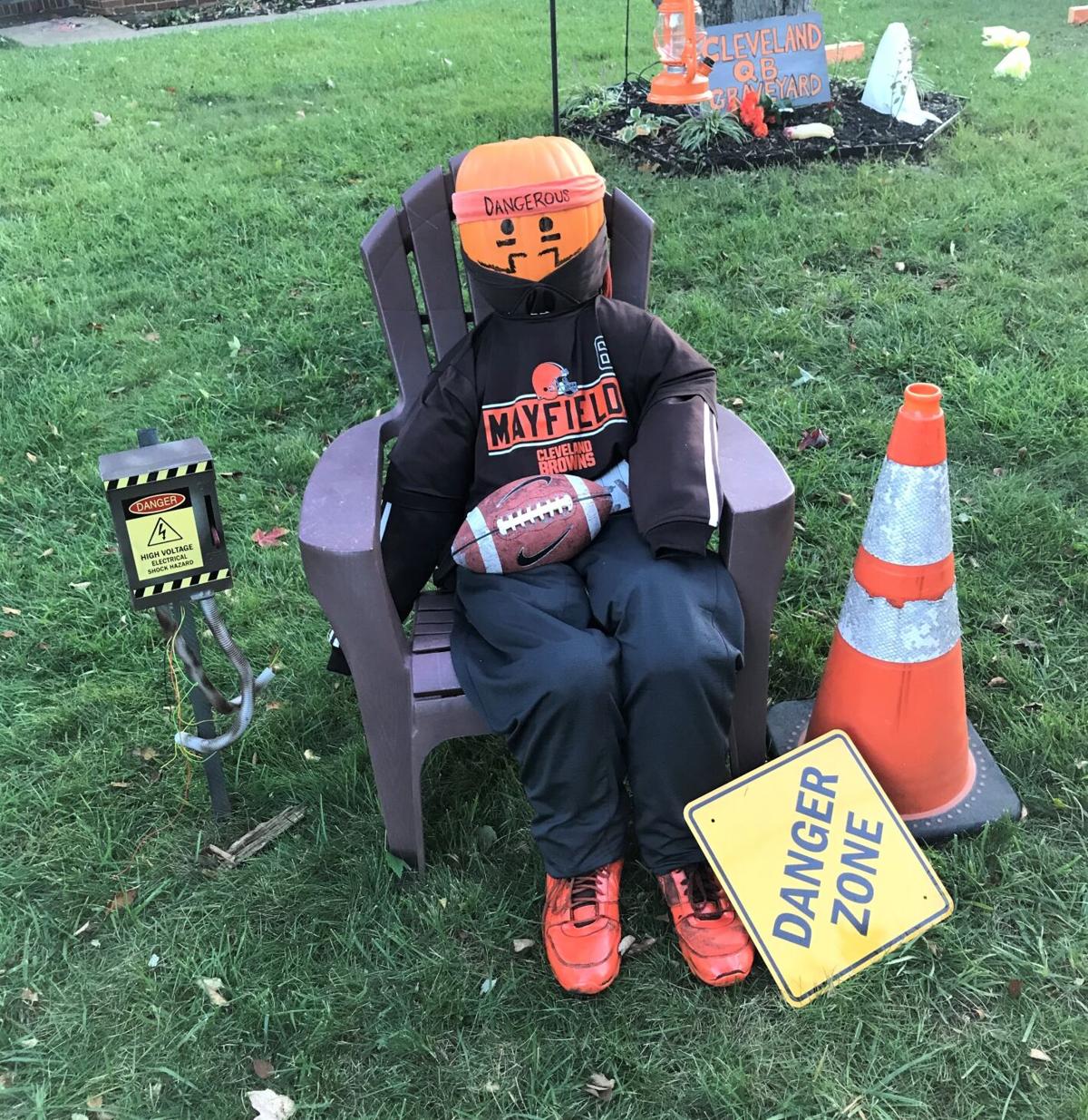 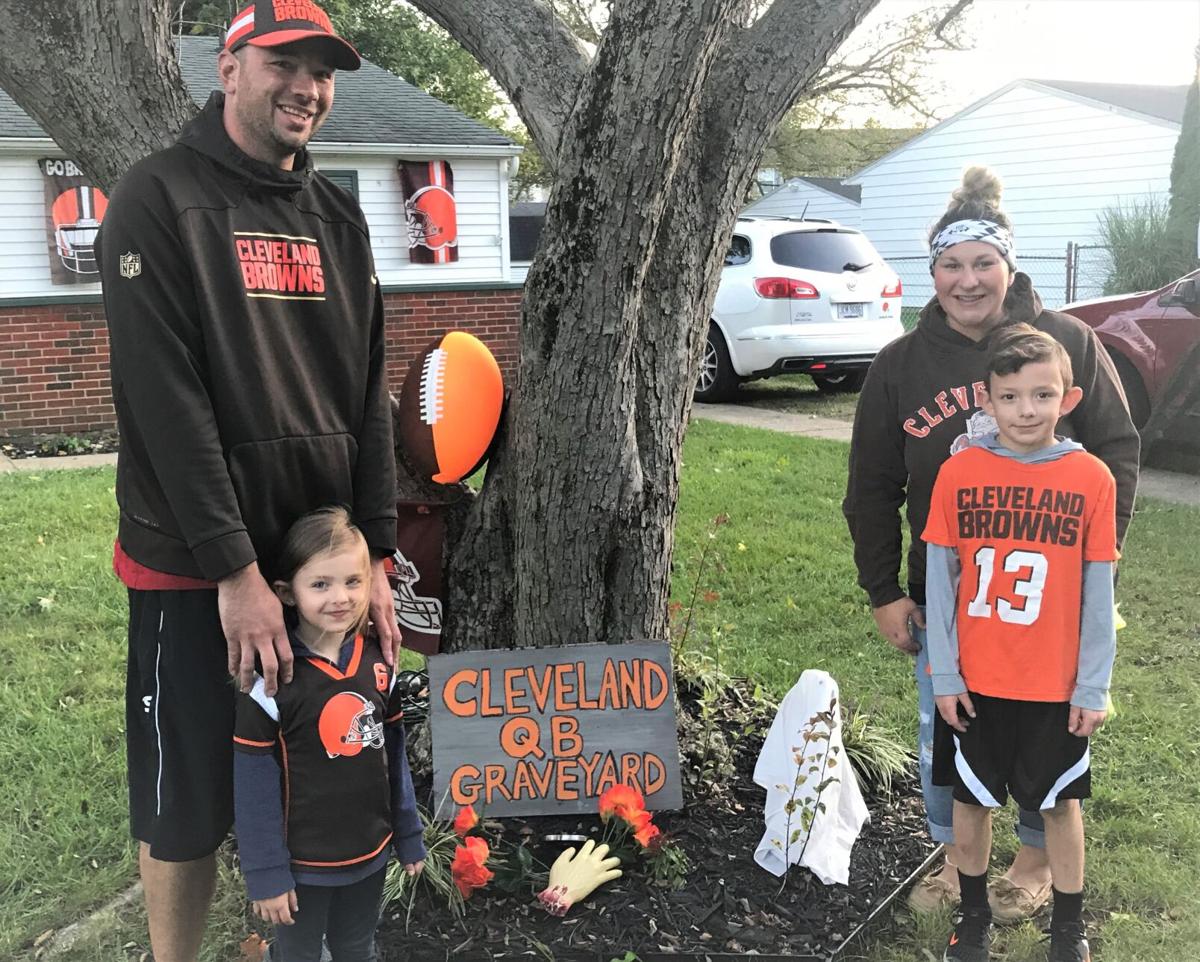 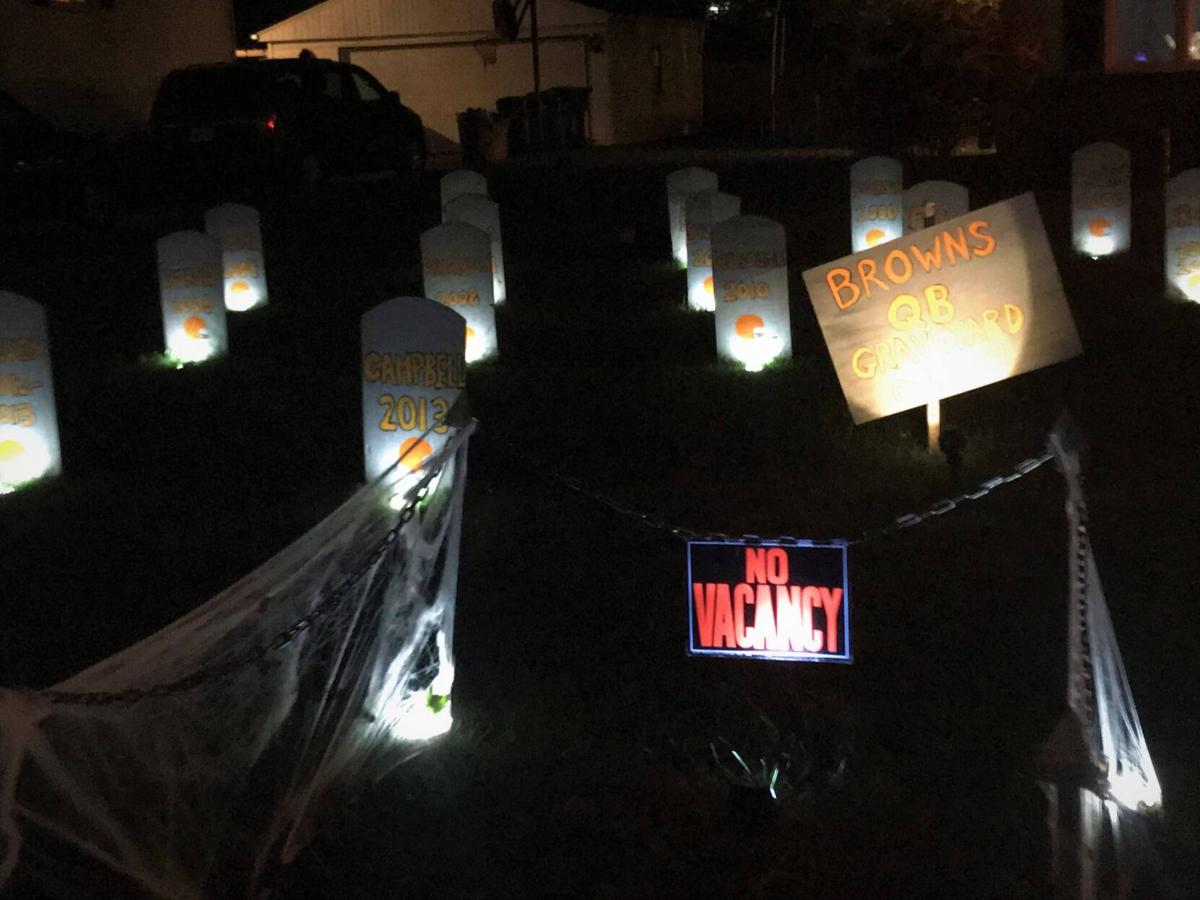 A night time view of the Browns QB graveyard on Charles Road. Creators Tony and Jill Timoteo hope the “No Vacancy” sign can stay in place for some time with current QB Baker Mayfield never earning a plot.

A night time view of the Browns QB graveyard on Charles Road. Creators Tony and Jill Timoteo hope the “No Vacancy” sign can stay in place for some time with current QB Baker Mayfield never earning a plot.

If you are a Cleveland Browns fan, the annual Halloween display in front of the home of Tony and Jill Timoteo is likely more frightening, more stomach churning, than any haunted house or ghost story.

Located on Charles Road just east of Paula Boulevard, the eerie display features headstones for each of the 28 men the Browns have deceptively labeled quarterbacks since 1999, when Tim Couch was notoriously taken with the overall No. 1 pick in the NFL draft.

“This is our first house,” said Tony Timoteo, 35. “We always wanted to do a Halloween display. We’ve always been big Browns fans and a light bulb just kind of went off.”

Even setting aside Couch, many of the names on the gravestones may have stumbled through the nightmares of Browns fans. Ty Detmer. Brady Quinn. Colt McCoy. Joss Weeden. Robert Griffin III, aka RG3. Johnny Manziel. And the list goes on.

Notably and optimistically, the names on the gravestones do not include that of incumbent Browns quarterback Baker Mayfield, who joined the team in 2018. Timoteo says the graveyard is closed and hopefully will stay that way. Mayfield has a sort of place of honor in front of the graveyard sitting in an electric chair Timoteo hopes will never be fired up.

A sign in front of the graveyard announces its inaugural date as 1999. Timoteo said that’s the year Couch launched the Browns’ decades of quarterback ineptitude. In actuality, this marks the sixth year for the graveyard.

The display has the full support and cooperation of Jill Timoteo, 34, whose husband said she came up with several ideas for the display.

Tony Timoteo said it takes about five or six hours to set up the display to which he and his wife have added every year. As of early last week, he added he still had some additional lighting to put in place.

One recent addition to the display is a referee hanging from a tree over several objects some observers have mistakenly taken for ghosts. The weighted yellow bags represent the many penalty flags tossed in the Browns’ direction. It’s not a coincidence the bags sit near a representation of an end zone, complete with weighted pylons on either side.

In the front of the graveyard, Johnny “Football” Manziel earns a special place of dishonor, his gravestone sitting in a large blowup swan. Timoteo borrowed the idea from a famous photo of Manziel partying in a Las Vegas pool on the back of a floating swan. For her birthday, Jill Timoteo received a birthday cake topped with a reproduction of that photo.

Even the Timoteo’s two small children get in on the family’s appreciation of the team. Son Cooper, 8, announces himself a big fan. With a laugh, Tony Timoteo notes on the day of the Browns recent Thursday night game daughter Bayler, 4, started a “Here we go Brownies” chant at her preschool.

Timoteo said the display gets plenty of attention from passersby, some of whom visit the neighborhood just to see the graveyard. Talkative and friendly, Timoteo often walks out of his house to chat with people passing by the display. He mentions he especially enjoys speaking with “old-timers” who can personally remember the days of Bernie Kosar and company.

Neighbors have no problem with the display or the foot and car traffic it attracts, Timoteo said. Those neighbors and others have suggested adding to the graveyard the many coaches the team has gone through. Timoteo said there is simply no room for that many new headstones.

Others have suggested adding various kickers, but Timoteo again notes his yard is only so big.

To his knowledge, Timoteo says no former Browns quarterback has taken offense to the display. Quinn put pictures of it on his Instagram account.

“He said he thought it was funny,” Timoteo said. “We really are big Browns fans. We just try to get a laugh out of it.”