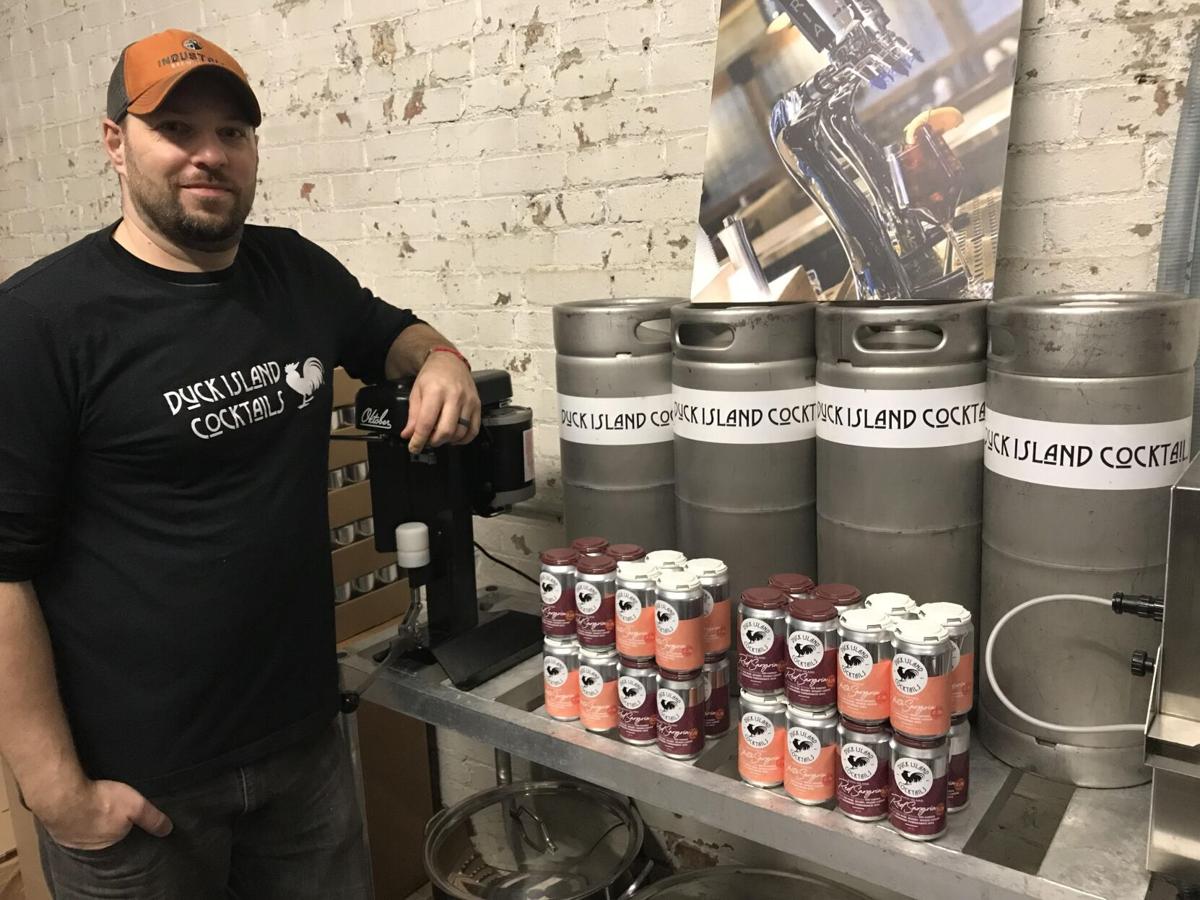 Duck Island owner Jim Waltz said the picture displayed next to him in his current Duck Island production space is a favorite because it shows how his cocktails are served from taps. 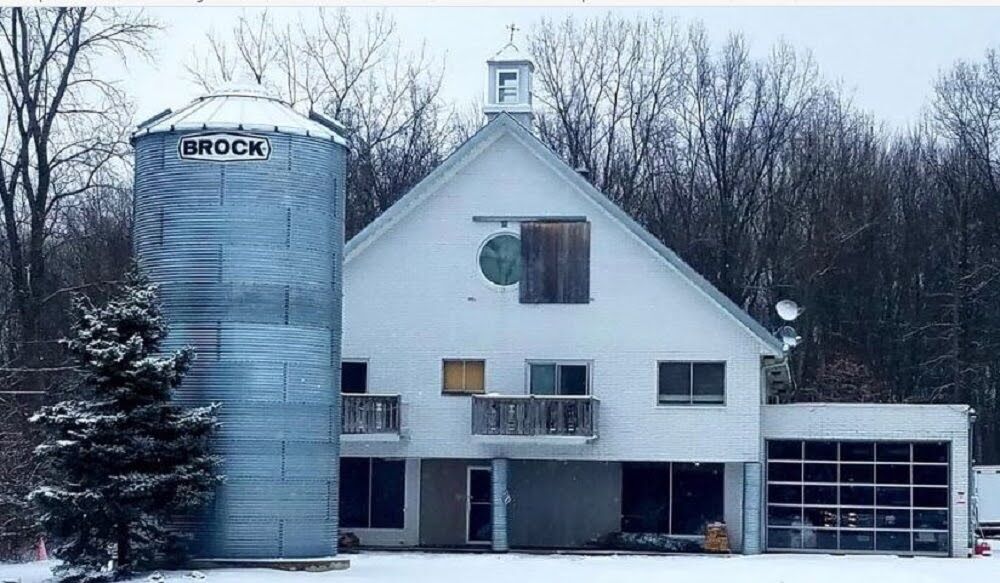 Production of Duck Island Cocktails will take place in the left side of this building on Colorado Avenue. A tasting room will sit next door. Duck Island’s owner hopes to put a company logo on the decorative silo.

Duck Island owner Jim Waltz said the picture displayed next to him in his current Duck Island production space is a favorite because it shows how his cocktails are served from taps.

Production of Duck Island Cocktails will take place in the left side of this building on Colorado Avenue. A tasting room will sit next door. Duck Island’s owner hopes to put a company logo on the decorative silo.

Waltz is an Avon native and a 1996 graduate of Avon High School. Avon being his hometown is a major reason Waltz is moving production of his Duck Island Cocktails from a small space tucked away in a corner of Forest City Brewery in Cleveland.

Duck Island will take over a roomier 1,500 square feet of space currently unoccupied in a rustic building on Colorado Avenue in Avon.

After graduating from high school, Waltz earned a business degree from Kent State University. He got a job in marketing, but a notion soon popped into his head.

“I decided it just wasn’t for me,” Waltz said.

He and wife Jenni ended up in Mount Airy, North Carolina, a small city whose claim to fame is being the spot used to film “The Andy Griffith Show.” Surry Community College sits in the equally small town of Dobson about 25 minutes away. It was at Surry that Waltz earned a degree in viticulture, the study of vineyards and grapes. He took up the trade after moving to Lakewood, New York, another small city with a population of about 3,000.

Waltz eventually decided to return to Ohio and now lives in Avon Lake. He launched Duck Island about three years ago. The idea was to combine his knowledge of wine with the brewery skills he picked up along the way. The result are cocktails including several types of sangria, wine mixed with various flavors. The cocktails are sold in kegs, just like small beer kegs, to bars, restaurants and similar establishments.

The drinks also are sold in cans.

One idea with the kegs is to cut down the time bartenders need to prepare sangria drinks. The cocktails flow through taps the same as many beers. Bartenders do not need to mix anything when making sangria cocktails, just hit the tap, add any garnishes and serve the finished drink.

The name Duck Island has nothing to do with fowls. The area around Columbus Road in Cleveland, Duck Island’s current home, was renowned as a hiding space for bootleggers during prohibition. The bootleggers used the area to “duck” authorities.

Duck Island’s cocktails include Red Sangria, a mix of strawberry and pomegranate flavors. Crushed Cocktail is a strawberry-kiwi flavored sangria.

Seasonal drinks include the Lucky Duck, a green apple lemonade available in spring and summer. Another warm weather offering is slightly carbonated Lucky Duck Lemonade that Waltz said is one of his most popular flavors.

A Kringle Cocktail, consisting of cranberry and cinnamon, is available at Christmas time.

“It’s all just chemistry to me, putting various ingredients together to get the proper flavor profile,” Waltz said.

COVID-19 affected Waltz’s business as it did so many others. Jack Casino in downtown Cleveland was one of his biggest clients. The pandemic limits the number of customers allowed in the casino, reducing drink sales.

Many of his customers have shown lots of loyalty, Waltz said, but his sales are still down.

“The entire hospitality business, from restaurants to bars to casinos, is hurting,” he added.

The Avon location will be a production facility. It will not include a bar or the food featured at many microbreweries. A small tasting area will be one piece of Duck Island’s new home, Waltz said.

“It’s just a small area for a few drinks and some conversation,” Waltz added.

While he is moving into a bigger facility, Waltz is not sure how much his production will increase. As long as the pandemic continues to cause restaurants and bars to lose business Waltz is uncertain how much additional product he will be able to market.

The Avon Lucky Duck production facility at 37462 Colorado Ave., should be ready in a few months, Waltz said. It will have about three employees. The space will need upgrading to meet city codes, said Avon Economic Development Director Pam Fetcher. He is still trying to figure how much effort is necessary to improve the leased space but is confident he can complete that work quickly, Waltz said.