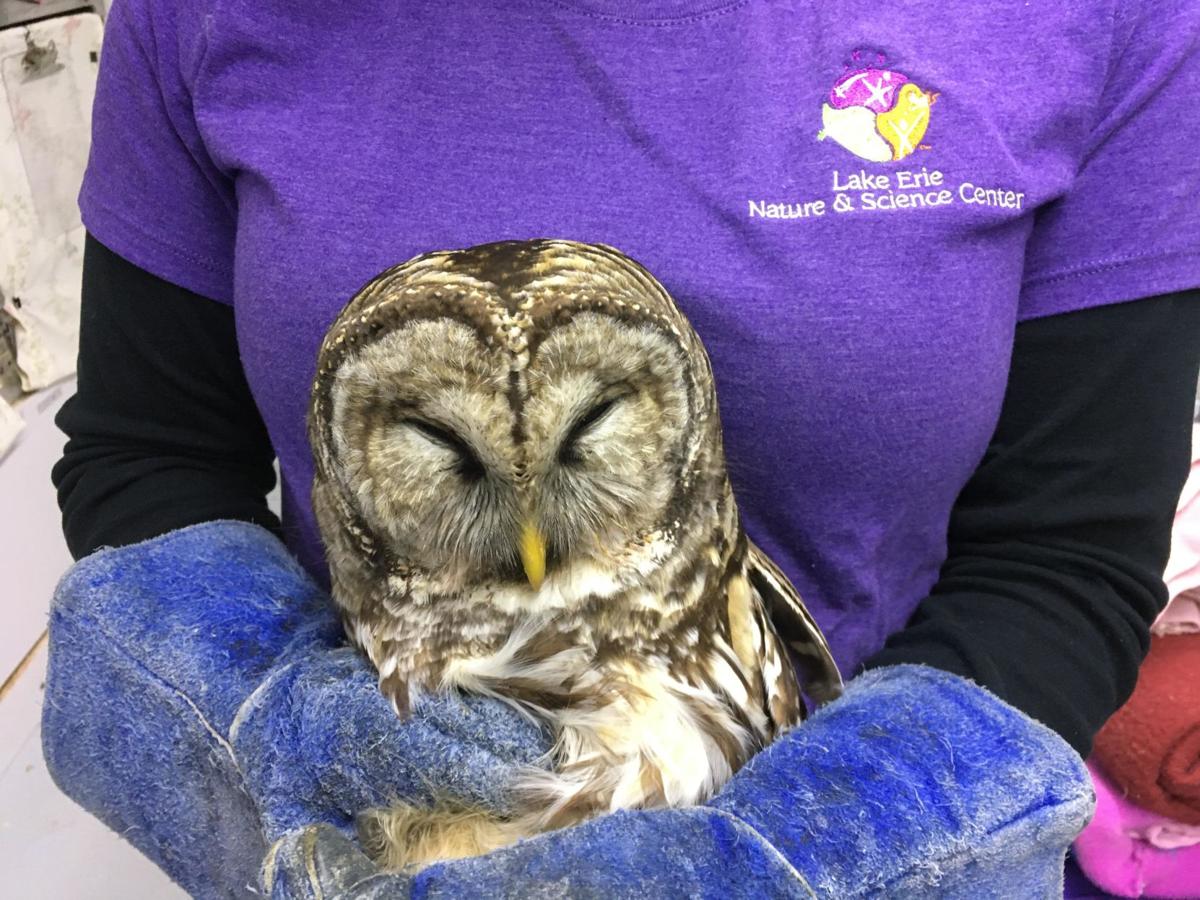 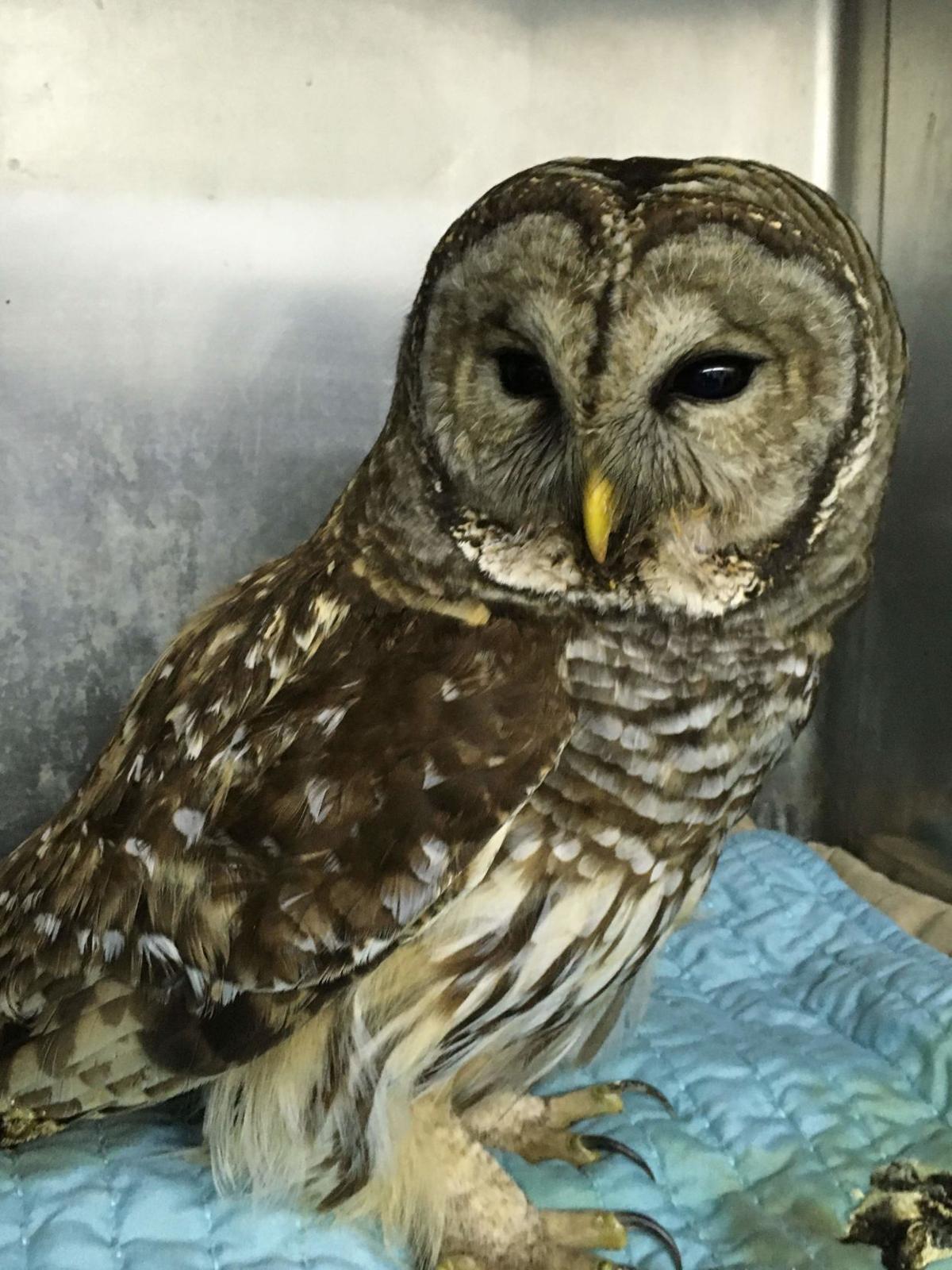 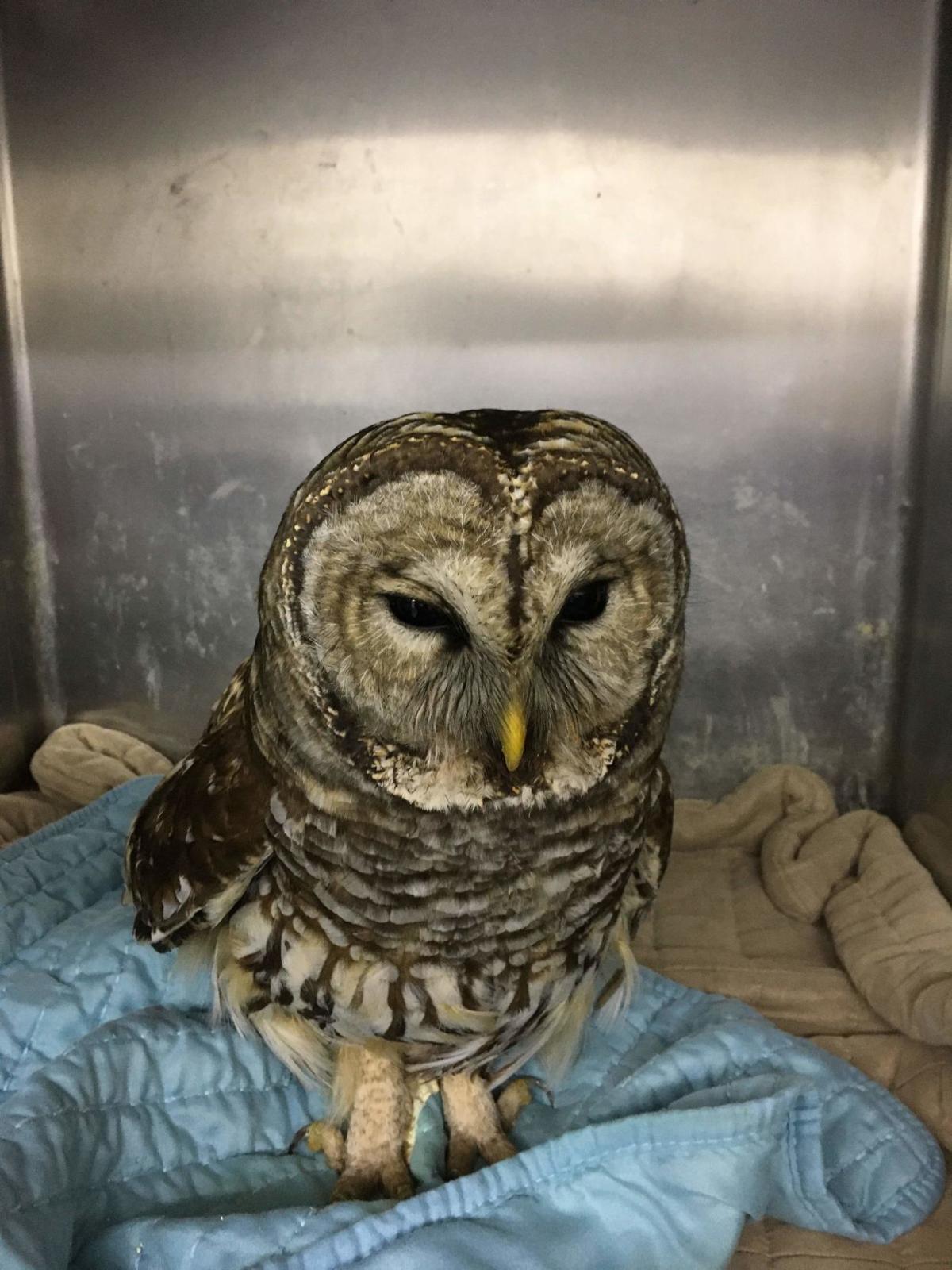 Staff at the Lake Erie Nature & Science Center are working to help an injured barred owl have a happy New Year and take flight again.

Westlake Animal Control Officer Jim Wang rescued the 1.5-pound owl New Year’s Eve afternoon after it was flying around inside an office building under construction on Bradley Road. Once the owl landed, construction workers managed to get a box over it while waiting for Wang to arrive.

“It was pretty upset by everything when I first got there,” Wang said. “It took a little bit to get him controlled so I could get him to the center.”

There weren’t any other problems with animals at the building site, Wang said. It is the first barred owl Wang has rescued during his 17 years as Westlake’s animal control officer.

“It’s a beautiful bird when you get to look at it,” Wang said. “It was nice to be able to help it out and get it to a place where it can get help.”

Staff at the Bay Village center are working to rehabilitate the injured owl. Nothing appeared to be broken, but the owl had some bruises and was dehydrated, said Christine Barnett, the wildlife program specialist working with the bird.

“We’re working to get it hydrated and give it additional nutrition because it appears to have lost some weight,” Barnett said.

The owl is taking liquids, but is having problems keeping solid foods down, said Barnett, who has attempted to give it organ meat from mice.

“It can be a long, slow process to get them back to good health,” she said. “We’re giving it the organ meat so it doesn’t have to crunch bones and fur right now, which could slow the healing process.”

It could be several months before the bird is well enough to be released.

“It needs to be well enough to get its own food again,” Barnett said. Barred owls usually feed on small reptiles, birds and amphibians..

Staff are unsure whether the owl is male or female.

Three barred owls, and 22 owls overall, were brought to the center last year. One barred owl is in the public area.