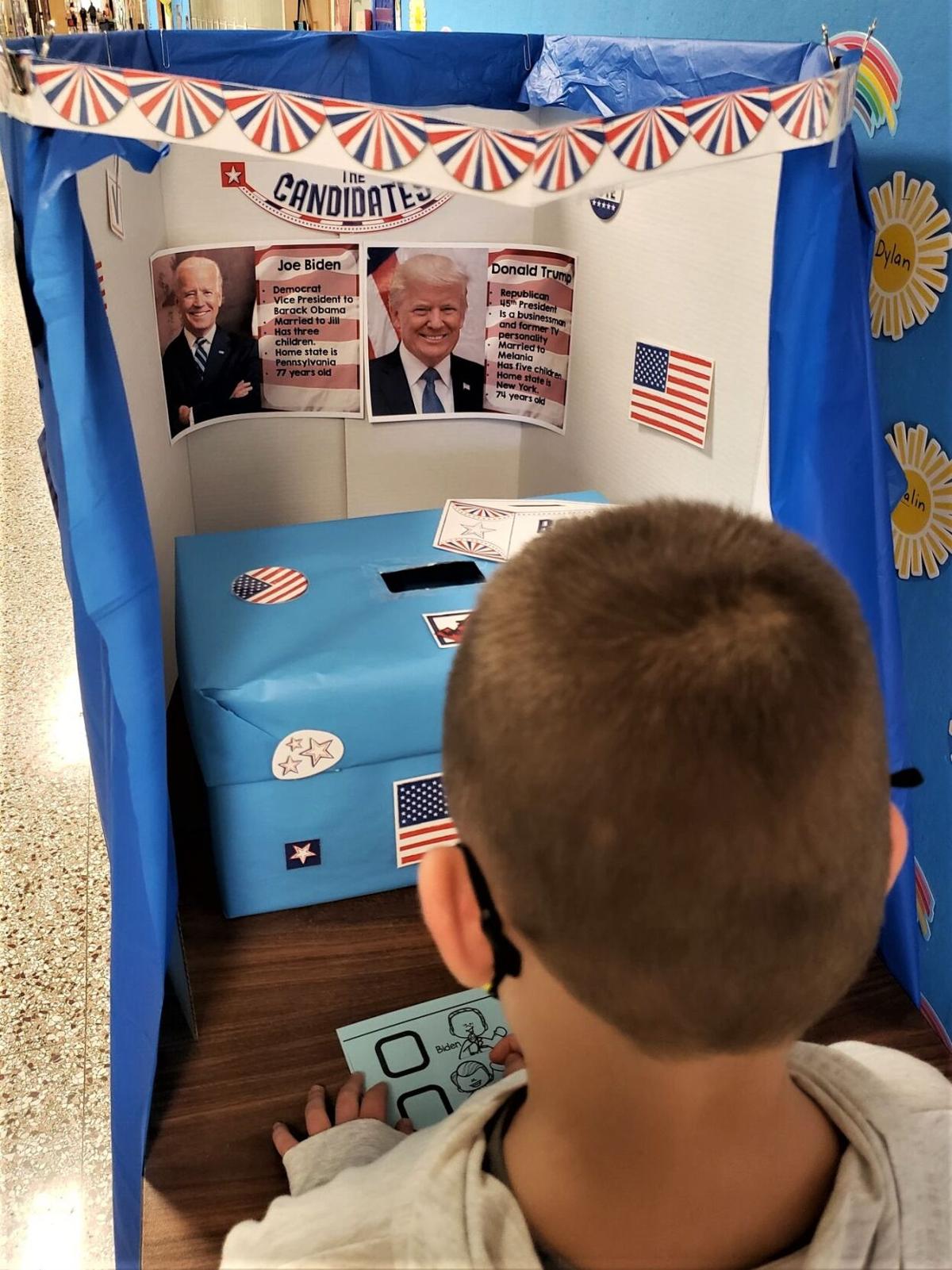 Deacon Rosso weighs the attributes of the presidential contenders before casting his vote in Knollwood School's presidential election. 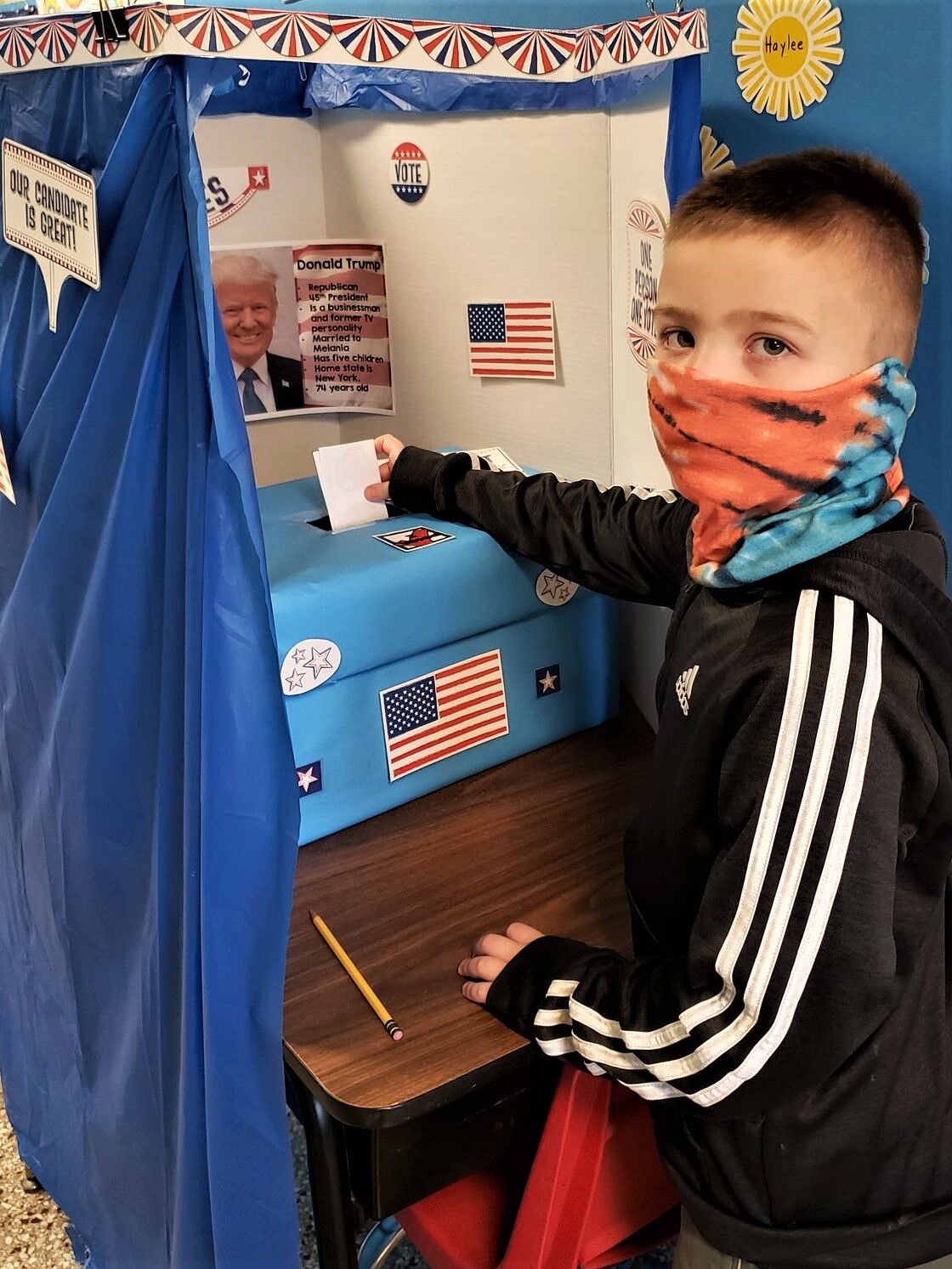 Dylan Jackson drops his ballot into the box after voting in his school's presidential election exercise. 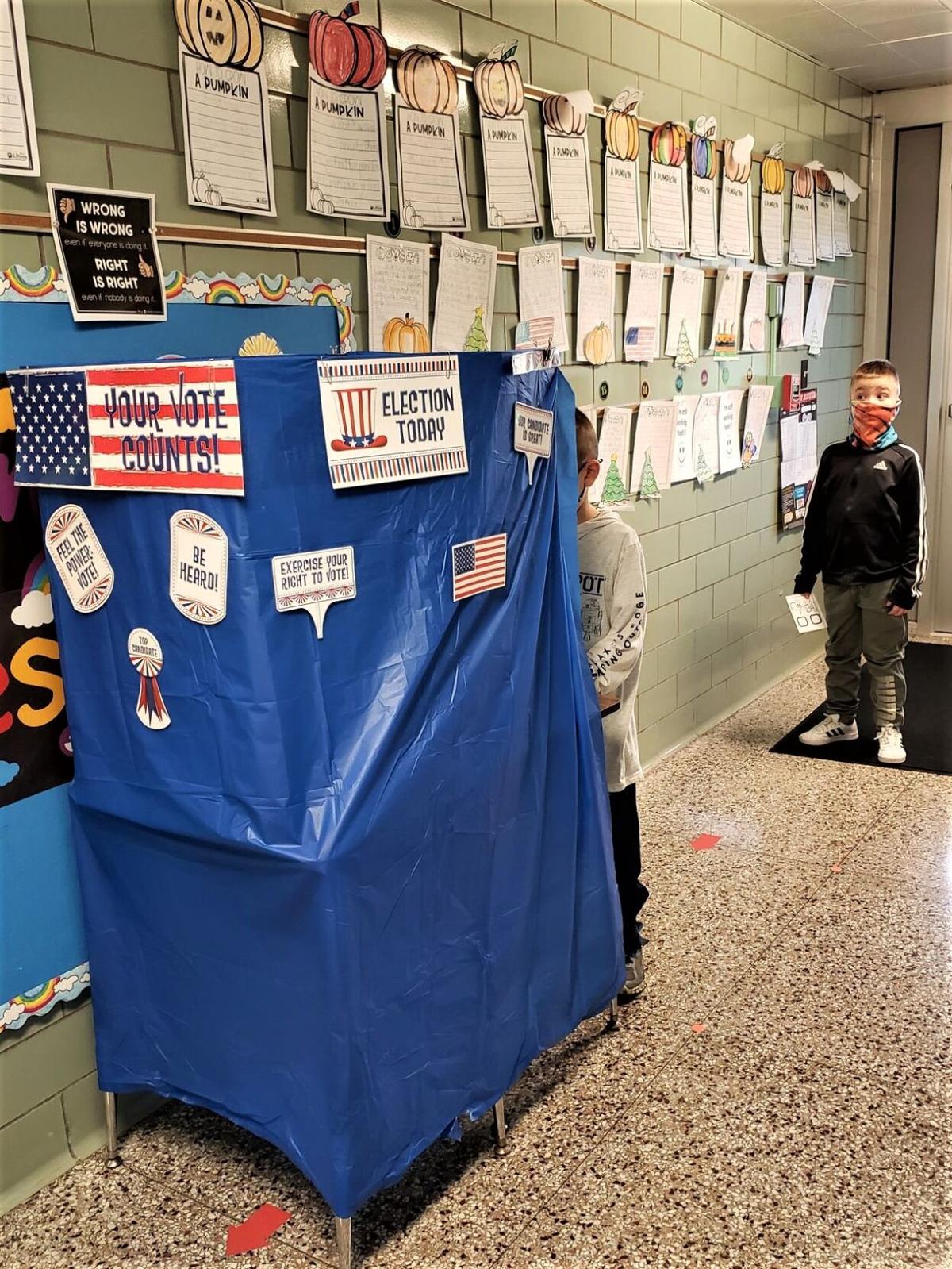 Safety is an important part of voting this year whether you're 7 or 70. Here, second-grade students at Knollwood School are ready to cast their votes for president.

Deacon Rosso weighs the attributes of the presidential contenders before casting his vote in Knollwood School's presidential election.

Dylan Jackson drops his ballot into the box after voting in his school's presidential election exercise.

Safety is an important part of voting this year whether you're 7 or 70. Here, second-grade students at Knollwood School are ready to cast their votes for president.

It will be another decade before they legally cast their first ballots for U.S. president, but that did not dampen the excitement that permeated Sheffield-Sheffield Lake's Knollwood School last week as 160 first- and second-grade students prepared to vote in a mock election.

Patti Hicks' second-graders were among the pee-wee voters. She explained during a phone interview that the activity tied to state social studies learning standards including responsible citizenship, voting and the branches of government.

Hicks believes her students also need something fun to do as they learn. She and fellow teachers have had to rethink many of the activities they would have kids do, but cannot given strict COVID-19 precautions in place. “This is something fun they can do separately,” she said.

Leading up to Election Day, students created a tree with three branches to help them key in to what they were learning about the duties of the branches of government. “We took a virtual field trip to the White House, which was incredibly cool! Each child had headphones and a computer so it was like a personal tour. They absolutely 'oohed' and 'aahed,' she said.

Last week, a group of her students participated in in-person voting for purposes of this story. The official vote took place on Election Day and results were not available before presstime.

Mimicking the adult process, kids wore masks and stood 6 feet apart while waiting to use the voting booth. Unlike the adult version, kids voted only for president. Hicks helped them focus on their task by posting photos and information about President Donald Trump and former Vice President Joe Biden on the inside of the bright blue voting booth, decorated with positive slogans and flags.

Although kids have been learning about government and voting for a few weeks, actually getting a chance to vote along with all the other kids in their school was seen as a really big deal, according to Hicks. “They feel so grown up even though they are only 7 or 8,” she said.

Once students vote, they will receive the same “I love voting” sticker that adults receive. Hicks said she was delighted when elections board staff gave her a roll of stickers after she explained what the school was doing to teach good citizenship.

Despite the extra time required to rethink classroom activities, Hicks believes it is worth it. “These are the parts of second grade that they remember. Something that is fun and engaging helps kids have positive memories of school.”