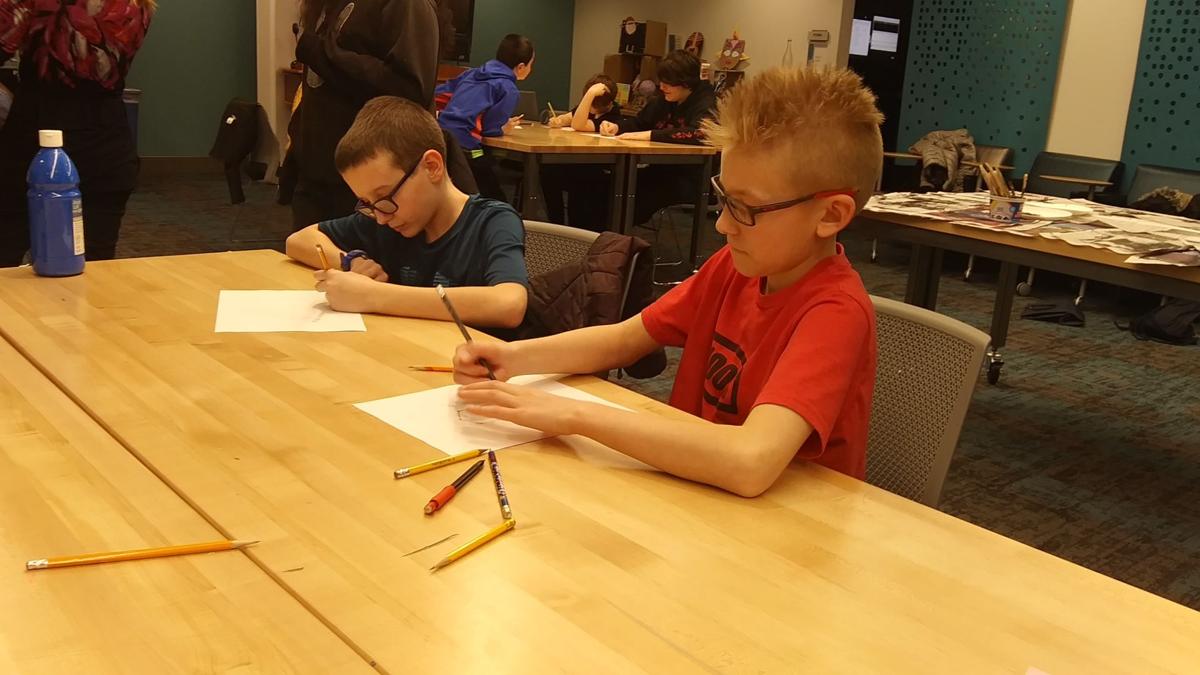 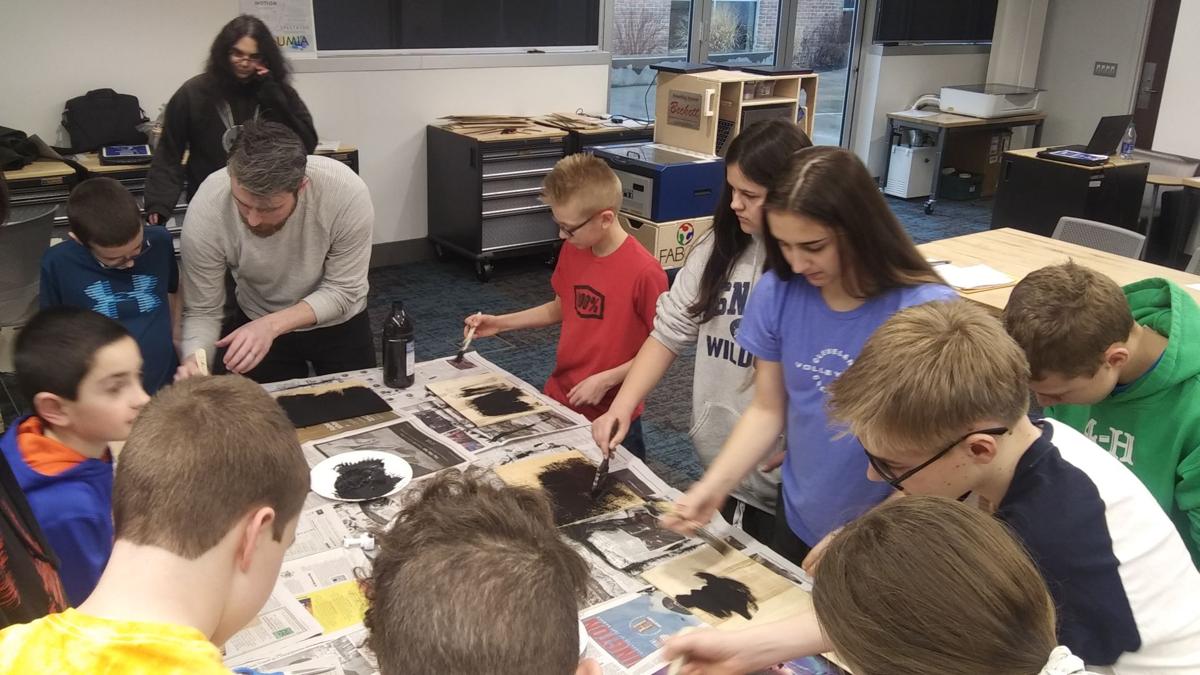 A group of students from St. Peter Catholic School paint their wood boards in preparation of their constellation engravings during the STEAM program at Lorain County Community College’s Campana Center for Ideation and Invention on Wednesday.

A group of students from St. Peter Catholic School paint their wood boards in preparation of their constellation engravings during the STEAM program at Lorain County Community College’s Campana Center for Ideation and Invention on Wednesday.

It’s full STEAM ahead for 14 St. Peter Catholic School students when it comes to applying new technologies to art at Lorain County Community College’s Campana Center for Ideation and Invention.

That is where the sixth- through eighth-graders are learning about Science, Technology, Engineering, Art and Math on Wednesdays. Under the leadership of science teacher Janis Van Dyke and LCCC Art Coordinator Ryan Craycraft, the students are completing projects that sometimes reflect their passions or hobbies, such as dirt bike riding, ice skating or volleyball.

The students are working in the Fab Lab, a 5,000-square-foot area where they conceptualize, design, develop and test ideas.

They also are learning to use laser cutters, CNC routers, vinyl cutters, 3-D printers and computer software. The program is part of the Campana Center’s mission for manufacturing and invention, said Joan Perch, the center’s program developer and outreach coordinator.

“This isn’t just for kids that are interested in technology, but kids who are interested in art,” Perch said. “Kids learn best when they are having fun and engaged. It helps them be creative. These technologies are going to be everywhere.”

In the program’s first week, students laser cut wood blocks and used computer software to design the letters in their names.

They also are working with forensics, arts, media and even film producing during the six-week program.

Last week, the program’s third week, the students began working on celestial paintings, a process that started with brushing black paint on squares of wood and later sketching and engraving a constellation or pattern of stars to whatever pattern or image came to mind.

One might expect them to draw the Big Dipper or the Big Bear, but not sixth-grader Brody Nieding.

Brody, who said he likes designing, drew stars in the shape of a dirt bike.

It was the same for eighth-graders Alyssa Nagel and Peyton Essenmacher.

Van Dyke appreciates the opportunities her students are getting.

“This is a great program,” she said. “It’s exposing the students to things they never get to do in a classroom. All of the projects in the program have been interesting. The kids are engaged and having fun with something they normally don’t get to do.”

Editor’s note: This story was reported before schools closed for the pandemic.Contact this reporter at msakal@westlifenews.com or 440-871-5797.