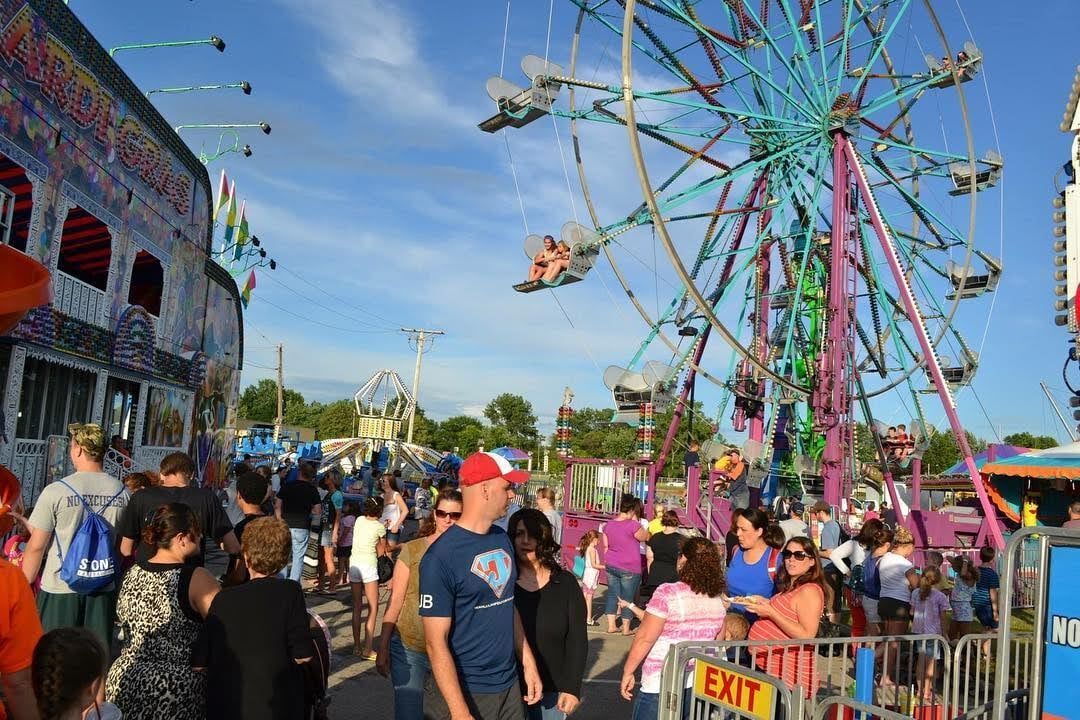 The crowd at Summerfest can reach into the thousands according to Summerfest Chair Kathy Yarian.

The crowd at Summerfest can reach into the thousands according to Summerfest Chair Kathy Yarian.

Final checks for the 29th annual Summerfest are underway with opening day just eight days away.

The four-day event will be July 29 through Aug. 1 at Bohlken Park off West 210th Street and will include rides, vendors, competitions and a parade.

Safety is one of the top priorities for the committee due to some issues earlier this month in Michigan. Summerfest Chair Kathy Yarian sent multiple emails to Big O Amusements following a ride malfunction July 8 at Michigan’s Cherry Festival, involving a different amusement company, to ensure inspections for their company would be up to date.

The incident in Michigan involved a Magic Carpet ride that came off its blocking and began to rock with passengers on board. Bystanders rushed to stabilize a teetering Magic Carpet ride, seen in multiple viral videos on social media. There were no injuries.

Yarian said due to the pandemic, amusement companies were able to use the inspections from 2019 for the year 2021, but only until July 1.

“When they come, all rides will be inspected by the building commissioner,” Yarian said. “Our number one priority is safety, number two would be fun.”

She said all the rides will have been inspected before they open for the preview night on Thursday.

Ohio also has Tyler’s Law, established in 2019 to modernize safety inspection standards for improving safety and operations of amusement rides in Ohio.

Tyler’s Law was named after Tyler Jarrell who was killed while on an amusement ride at the Ohio State Fair in 2017.

Yarian said Big O Amusement is new to Summerfest. The previous amusement company broke its contract, citing COVID and being unable to do both Summerfest and the Medina County Fair.

“They said they couldn’t get enough workers to do both so they broke contact at the end of March,” Yarian said. “Big O had excellent reviews when we called around to other cities that used them.”

Individual ride tickets cost $1.25 each, and an all-day ride wristband is $20.

The parade, for which 24 groups have signed up, begins at 6 p.m. July 30 at Gilles-Sweet Elementary School on West 220th Street. It will head south on West 220th to Lorain Road, where it will turn east and finally north on West 210th to Bohlken Park.

Opening ceremonies will follow at 7:30 p.m. at the flagpole. They include an invocation by Pastor Matt Tomko of Fairview Grace Church; and Color Guard presented by American Legion Post 738 and Greater Cleveland Young Marines.

Other activities include a pizza eating competition, 3-on-3 basketball tournament and a beer garden throughout the weekend. Fireworks are planned for Saturday night.

There will be no LifeFlight helicopter flyover, 5k race or car show due to COVID. Signs will be posted reminding unvaccinated people to wear masks throughout the festival.

There are currently 67 vendors registered with contracts closing Tuesday for last-minute additions.

Police Chief Paul Shepard said officers from Westlake, Bay Village, Rocky River and North Olmsted will be assisting the department for the parade.

Shepard said the plan is to bring more officers on site during busy hours and have less officers when the festival is not as busy.

“We prepare as much as we can for every possibility and then be pleasantly surprised when it all goes according to plan,” Shepard said. “I’m confident it will go well.”

Yarian said the committee has not kept track of the crowds in the past years, but she estimates thousands turn out for the events and fireworks night.

“All the lawns, fields and houses are packed that night,” Yarian said.

The summerfest committee is run by volunteers, Yarian has served as chair for the committee for five years.

“I truly appreciate all the work our volunteers on the committee do,” Yarian said. “They have big hearts and are so hardworking, I’m grateful for such a strong committee.”

She said the cost for Summerfest is usually around $30,000 including paying city workers, police, entertainment and fireworks.

The committee usually breaks even between the cost of the festival and earning from vendors and ticket sales. All money comes from the Summerfest Committee Fund to rent entertainment, tents, chairs and workers.

“I’m looking forward to seeing people’s smiling faces without the masks,” Yarian said. “It’s going to be wonderful seeing neighbors and community friends out and about enjoying themselves.”

For more information, go to https://www.fairviewsummerfest.com/2021-schedule/.