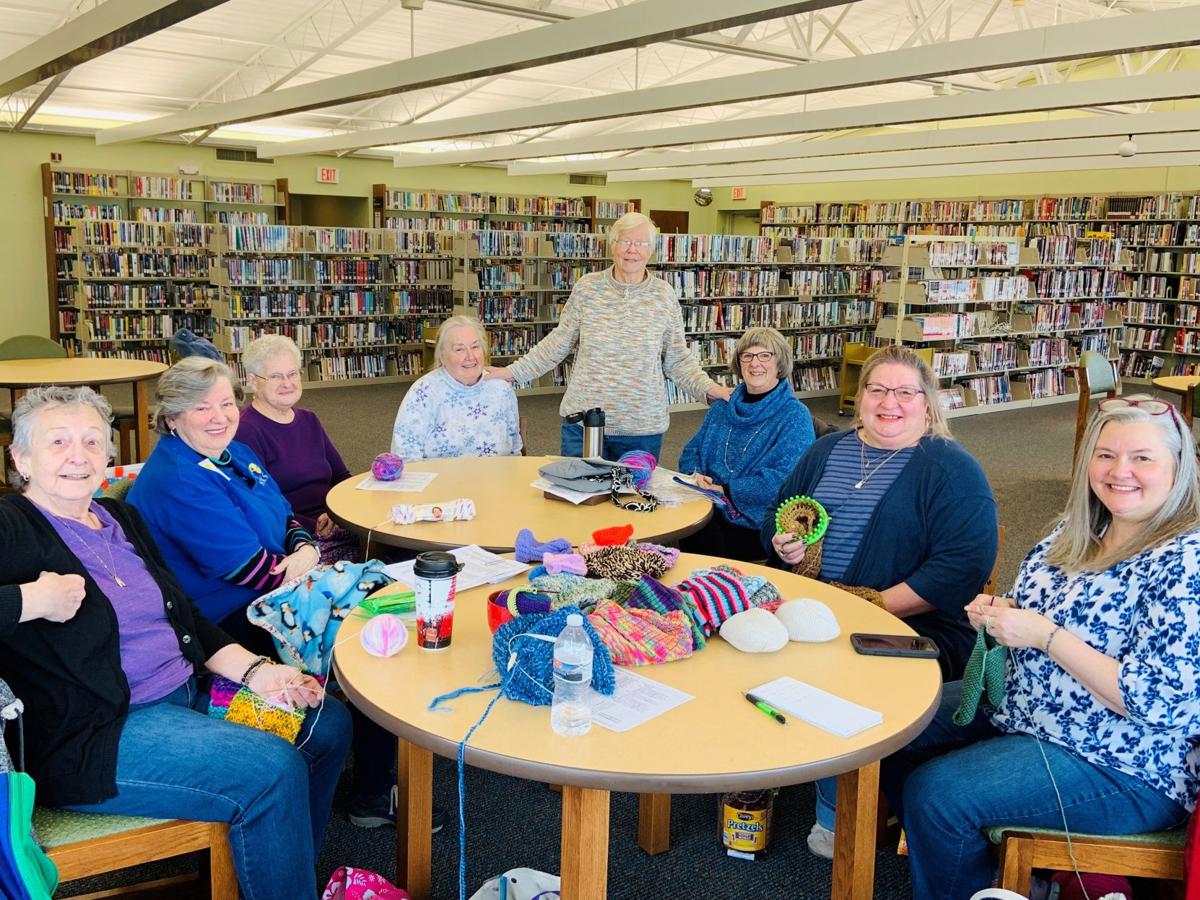 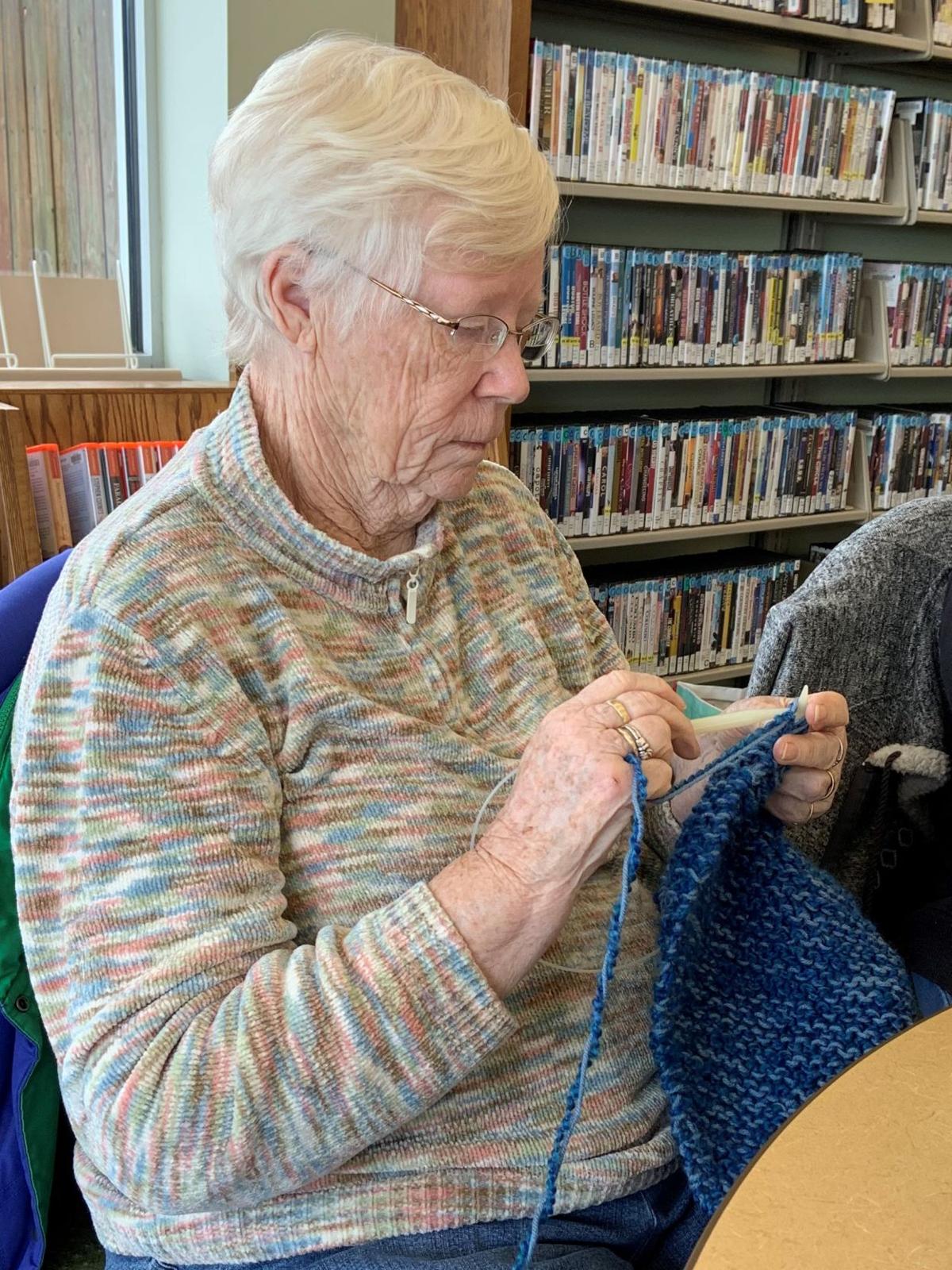 Sheffield Laker Jeane Taylor was taught to knit as a 3-year-old and is still at it 79 years later.

Sheffield Laker Jeane Taylor was taught to knit as a 3-year-old and is still at it 79 years later.

“Needle in, wool around, make a stitch and over.” Sheffield Lake resident Jeane Taylor repeats the words her neighbor “Auntie Sarah” said to her 79 years ago as she taught her to knit as a 3-year-old in England.

Seated around her were members of two local knitting groups joined by the common goal of using their skills to help others, explained Rachel Mitchell, a member of Domonkas Library-based “Stitch and Bitch.”

Seated alongside the Domonkas group were members of Chicks with Sticks, a group that meets at Joyce Hanks Community Center, but who traveled to the library so they could work together on a service project honoring the legacy of the Rev. Martin Luther King Jr.

Over the next month and beyond, they will complete hundreds of items including tiny caps for premature babies; blankets and hats for children; and hats, scarves, slippers, lap blankets and wheelchair bags for adults undergoing chemotherapy.

Mitchell drew their attention when she told the group her current project was an animal pouch that will eventually find its way to an Australian nonprofit working to save the kangaroo, koala and wallaby populations decimated by fires across that country.

The two groups were brought together two years ago by library staff member Beth Campbell after she created a monthlong service project to honor King's legacy. King's birthday is in January.

“The Month of Service is a unique and heartwarming way for members of our library to reach out to the community, through their hard work and craft savvy of beautiful blankets, hats, scarves, and afghans,” Campbell said.

“It has been wonderful to build a relationship with the people who receive these items, and I think it truly embodies the spirit of community service that Dr. Martin Luther King Jr. left as his legacy.”

Given the amount of good-natured teasing whipping around the circle, it’s evident the group is having fun. “It keeps us out of trouble,” Taylor quipped.

“Oh, no it doesn't,” chimed in another group member, drawing laughter around the table while work never stopped, evidenced by the muffled clicking of needles.

Taylor worked on a shoulder shawl for someone who uses a wheelchair. Using straight and round knitting needles, she wove yarn from two different skeins onto the needles, where she locked them into place. She explained that the round needle is used for items that are rounded like shawls, sweaters or hats.

Regina Honse pulled out a container of plastic grocery bags that had been cut into uniform strips. She weaves the strips into mats that are distributed to homeless people through a local church. The plastic mats prevent clothing from becoming wet when homeless people sit or sleep outdoors, she explained. That prompted a discussion about what might happen if plastic bag bans went into effect. “There's plenty of other plastic,” one concluded.

Mitchell showed them a knitted knocker, which are welcomed by women who have undergone mastectomies. That prompted Taylor to add she has knitted “carrots,” which fit into stroke victims' hands to prevent them from curling.

The library group meets on Fridays at 4:30 p.m. while the group at Joyce Hanks Community Center meets Thursdays from noon to 2 p.m. Anyone is invited to join, including those who do not know how to knit or crochet. Several members offered to teach newcomers.

As an example, Dolly Moore of Chicks with Sticks learned how to crochet just two years ago. Fellow member Rosemary Boothe was her teacher. Honse admitted she flunked her knitting class so her daughters helped teach her the craft.

That prompted Marianne Bontempo to share that she learned how to knit 50 years ago when she took a class at a local high school. She was raising three young sons at the time, so the class provided her “a night out.” That prompted several to giggle about the therapeutic value of knitting and crocheting. “It's cheaper than a psychiatrist,” Taylor joked.

Both groups accept donations of yarn. Bontempo said they receive donations when people clean out rooms at their homes or decide they are not interested in knitting or crocheting anymore. Donations can be dropped off at the library or the community center. Both are open weekdays from 9 a.m. to 2 p.m. The library is open until 8 p.m. weekdays and from 9 a.m. to 6 p.m. on Saturday.

Campbell hopes the effort will continue to grow over time. She can be reached at t ecampbell@lpls.info or 440-949-7410.