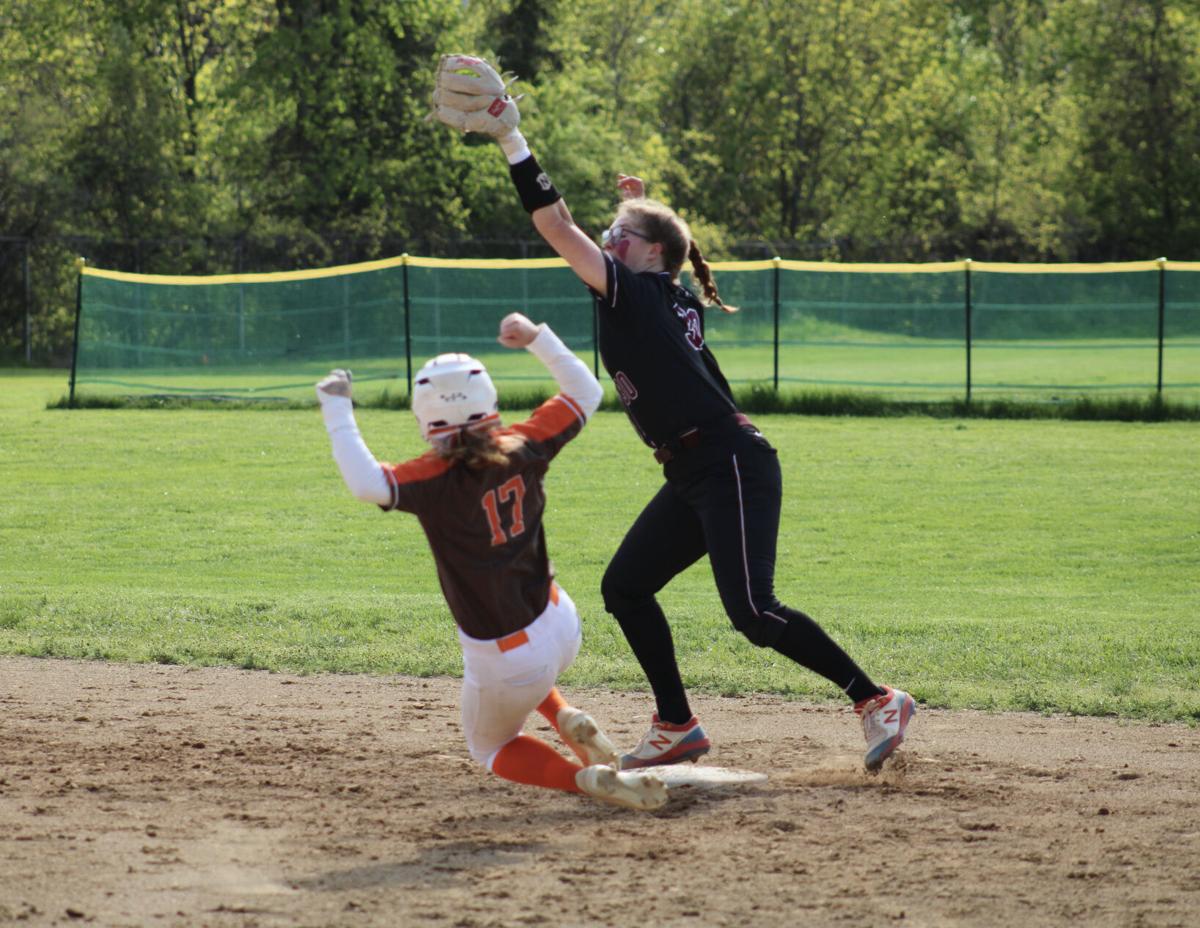 The Rocky River softball team returned to the diamond after a nine-day layoff due to inclement weather, and gave up 14 runs on 20 hits to visiting Buckeye on May 6. A team that averages nearly 12 runs per game this season, the usually-potent Pirates offense was held scoreless on four hits against the Great Lakes Conference-leading Bucks. 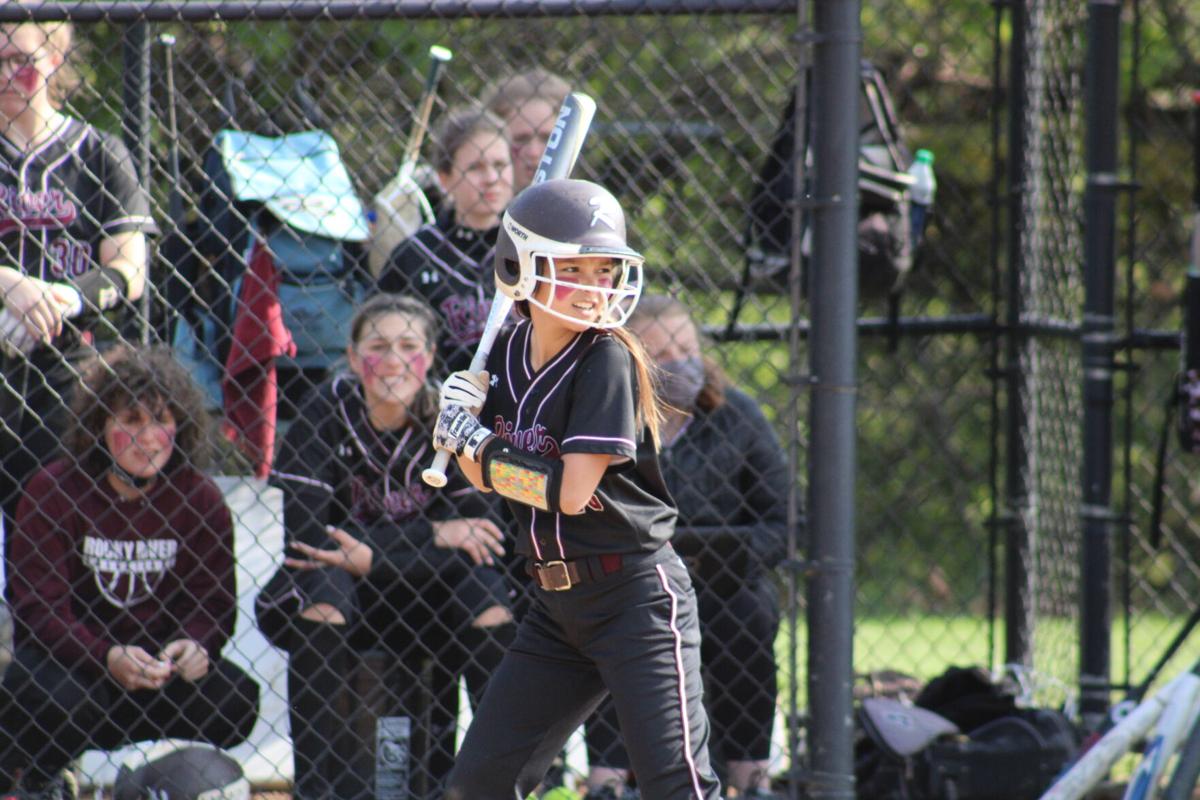 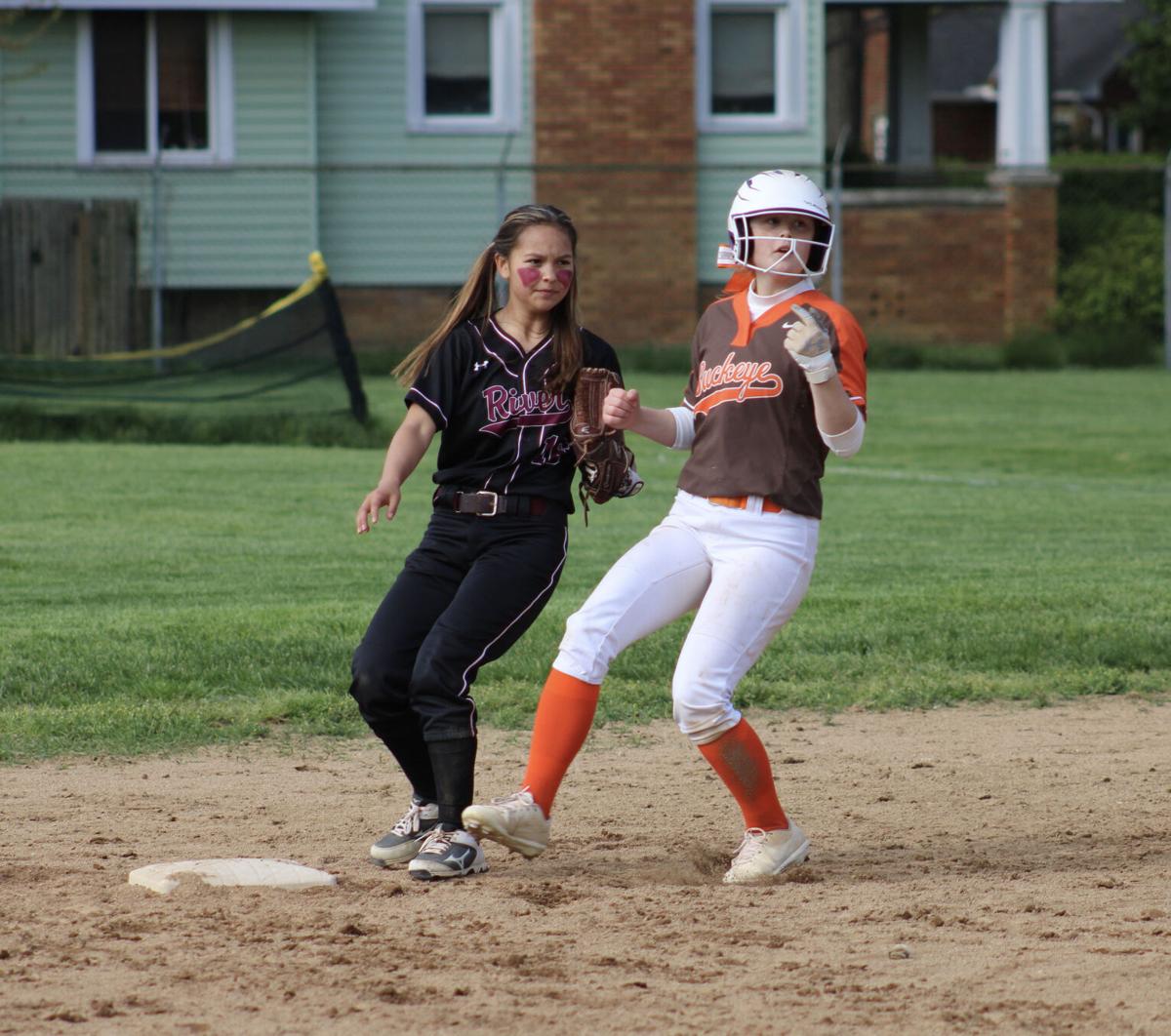 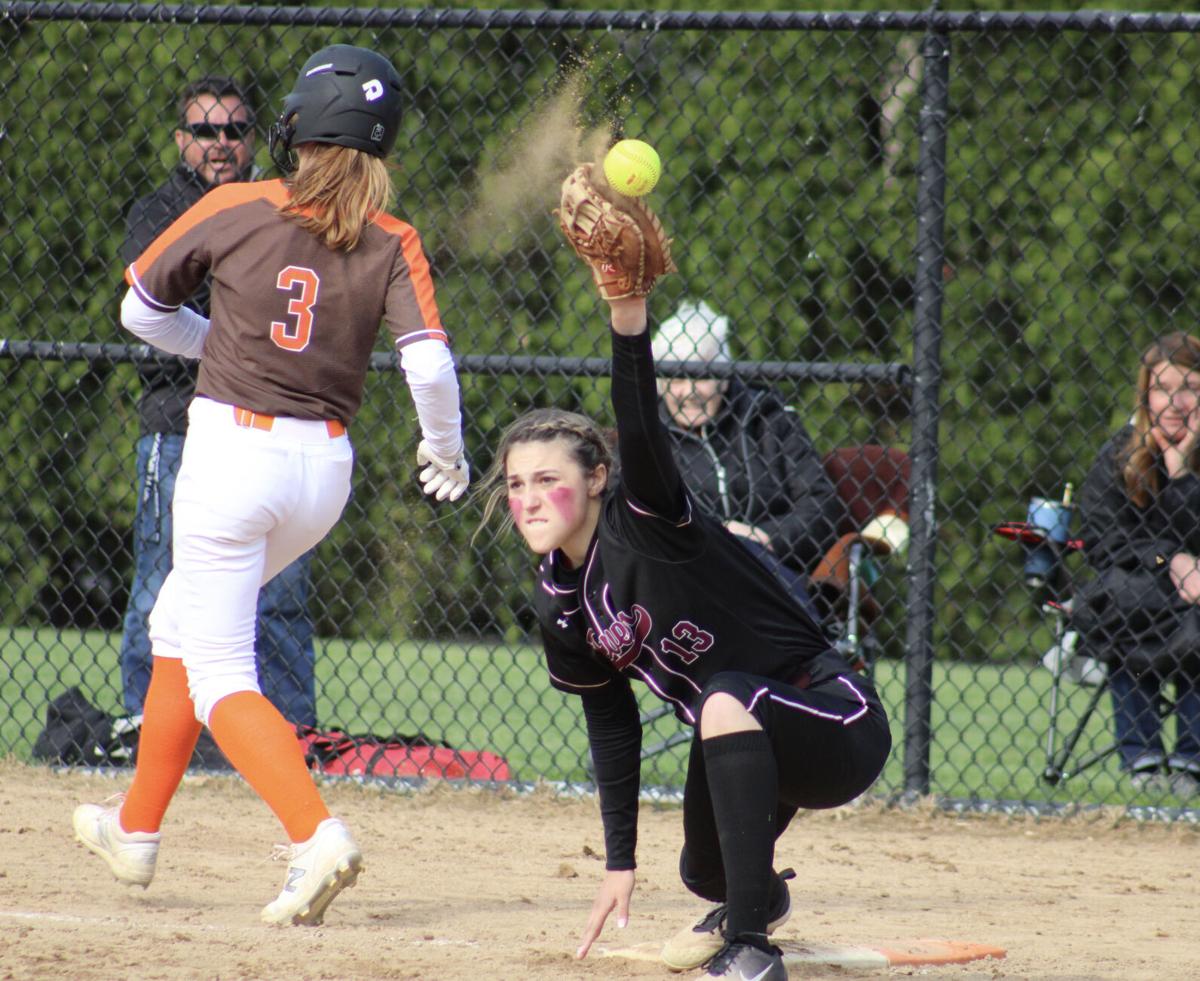 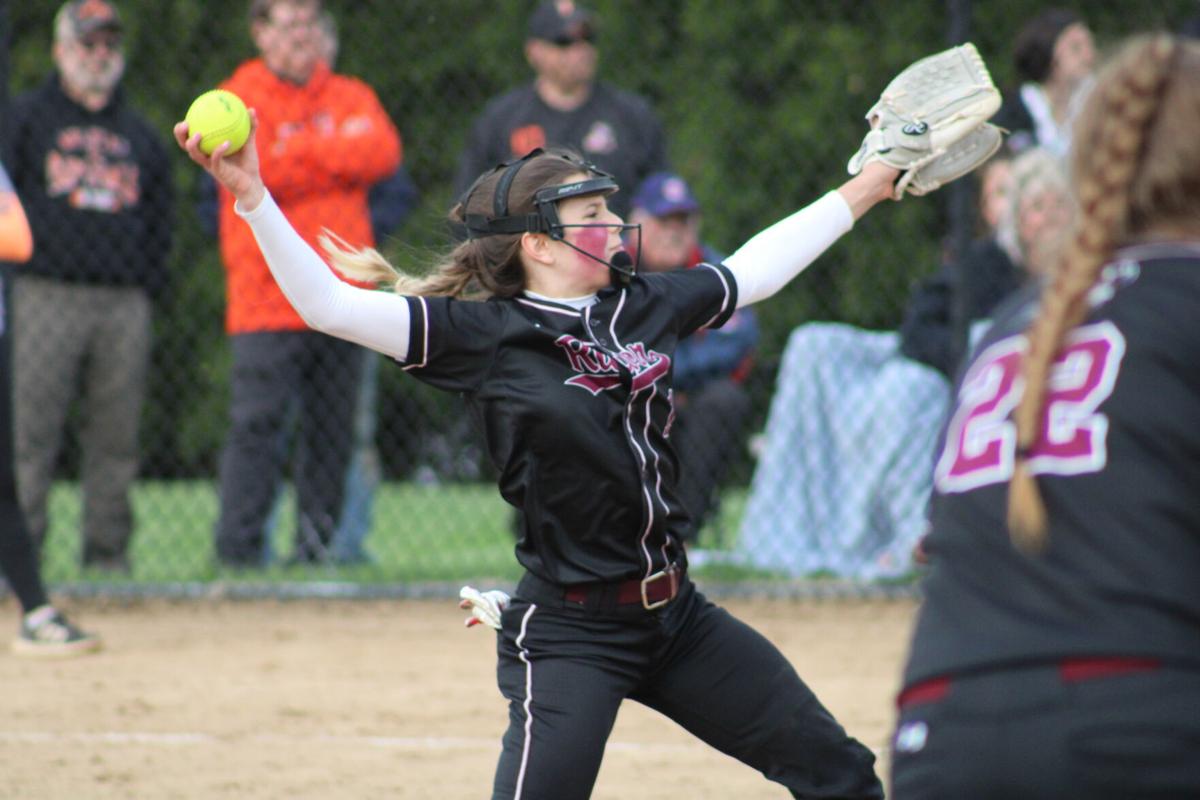 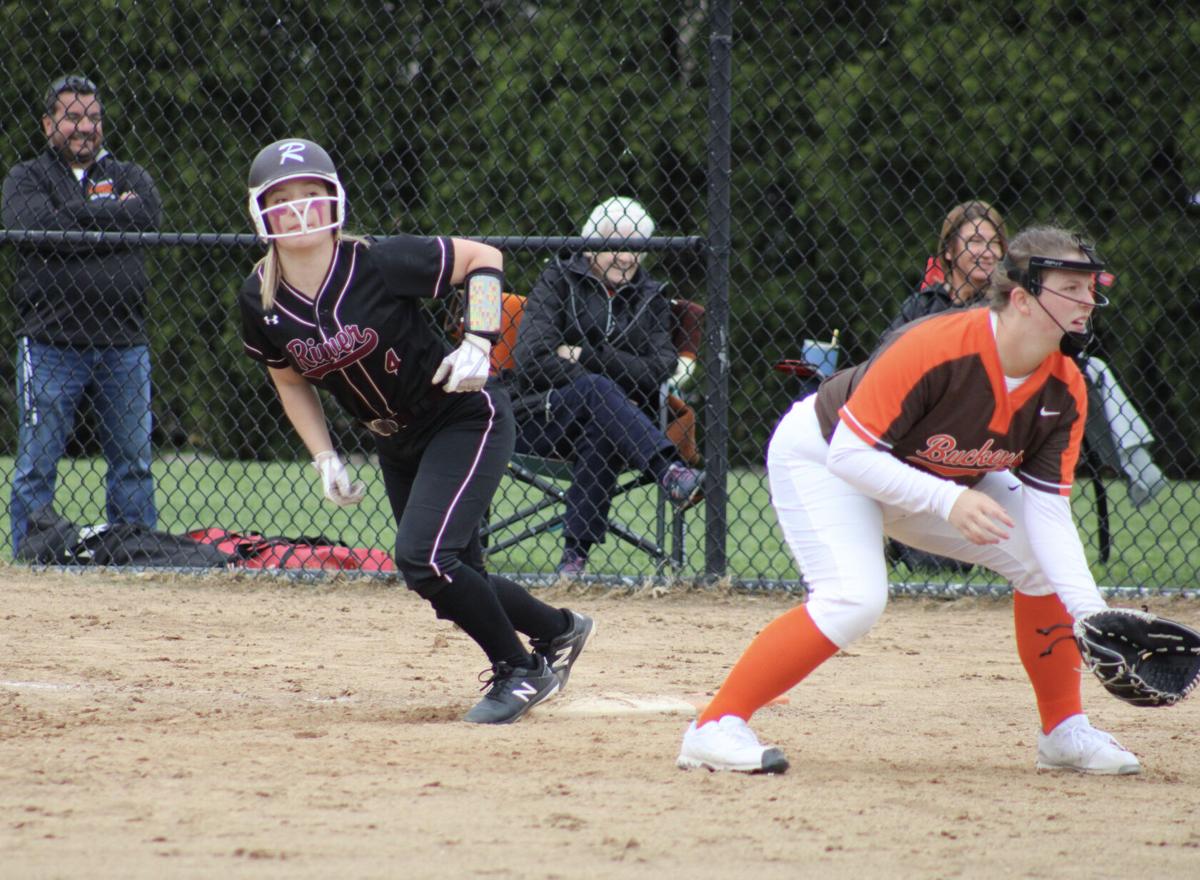 The Rocky River softball team returned to the diamond after a nine-day layoff due to inclement weather, and gave up 14 runs on 20 hits to visiting Buckeye on May 6. A team that averages nearly 12 runs per game this season, the usually-potent Pirates offense was held scoreless on four hits against the Great Lakes Conference-leading Bucks.

To go nine days without playing a game could be considered a form of torture for a team focused on finishing the regular season strong.

Thanks to ugly weather at inopportune times, the Rocky River softball team endured such a stretch, finally facing live competition on May 6 after a layoff that began on April 27.

Also unable to conduct full-go practices outside for most of that time, the Pirates looked rusty at the plate and in the field when they were finally able to play, losing to Great Lakes Conference-leading Buckeye, 14-0, in five innings.

“It’s hard because we had momentum,” Pirates coach Jeffrey Hammond said. “Then you go on a week-and-a-half hiatus where you’re not even playing on the dirt, and you’re facing a pitching machine. It’s hard to make that adjustment (to live games). The rainouts will kill you. We’re used to seeing those early in the year, not late in the year. Hopefully we’ll bounce back.”

It was a rare lopsided loss for an otherwise explosive Pirates team that had won six of its previous seven games before rain washed away the positive movement . Normally an offense that can put up crooked numbers in a given inning, they were held to just four hits–all singles–by Bucks starter Cassie Girard, who mixed her pitches well and kept the hosts off-balance.

“They had a one-two combo with those pitchers where they had a lot of speed,” Hammond said. “It’s kind of hard because we haven’t seen live pitching in a week-and-a-half. You go out there and face one of the fastest pitchers you’re going to see all year, and your timing’s a little off. We’ll get there and we’ll adjust.”

Katie Mommers had two of the Pirates’ (12-7, 7-4 GLC) four hits, while Kelsey Murphy and Julianna Benjamin each had one. It marked just the second time all season they’d been shut out, the last being a 15-0 loss to Padua on April 3.

Entering the contest, the offense had averaged nearly 12 runs per game.

“When you don’t see live pitching for a while, it hurts you,” Hammond said. “We always say hits are contagious. You get one, and then others kind of string along. And that’s how we’ve been. We’ve had big, explosive innings and we build a lead that way.”

The Bucks (14-4, 11-1 GLC) racked up 20 hits and took a quick 2-0 lead after the first inning. Up 5-0 after two, the lineup batted around in the third, scoring nine runs to make it 14-0. They opened the frame with eight straight hits off Pirates starter Maggie Hill, then punctuated the stretch with two-run hits by Courtney Keeler and Addy Beckett.

Rocky River will host Fairview today at 4:30 p.m., then open up Division II tournament play on Thursday. Seeded ninth in the La Grange District, the Pirates will host either No. 37 Cleveland Max S. Hayes or No. 17 Clearview at 5 p.m. in a sectional final.