Free access for current print subscribers
Get Started
You are the owner of this article.
Edit Article Add New Article
You have permission to edit this article.
Edit
Welcome, Guest
Home
News
Communities
Sports
A & E
Announcements
Obituaries
Opinion
Multimedia
Classifieds
Publications
1 of 2 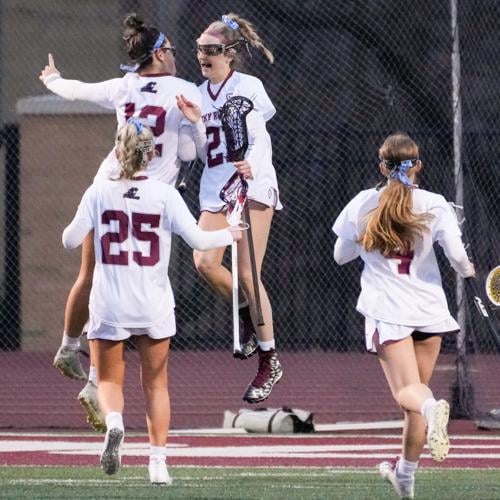 A 16-4 loss at Avon one year ago provided plenty of fuel for the Rocky River girls lacrosse team, which put together a full-game effort in an 11-8 win on March 22. 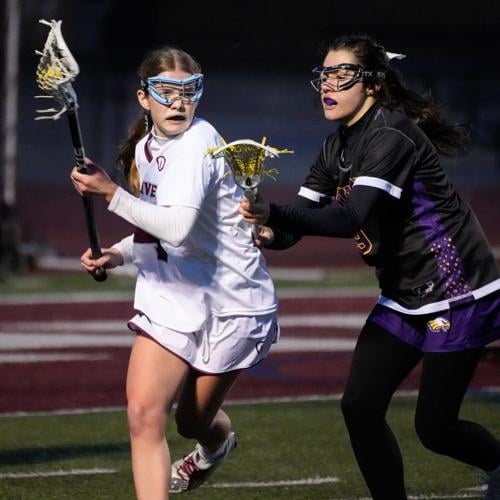 The Pirates carried a 6-4 lead into halftime, then controlled the flow of play in the second half to stay ahead.

A 16-4 loss at Avon one year ago provided plenty of fuel for the Rocky River girls lacrosse team, which put together a full-game effort in an 11-8 win on March 22.

The Pirates carried a 6-4 lead into halftime, then controlled the flow of play in the second half to stay ahead.

Odds are good the Rocky River girls lacrosse team has signature wins yet to come on its 2022 schedule.

But it also proved the second game of the season isn’t too early to tack on one.

Immersed in a steady rainfall and chilly temperatures on March 22, the Pirates showed strength in all phases of an 11-8 victory over visiting Avon.

The significance of the Northern Ohio Lacrosse League win over the defending champion Eagles (1-1, 0-1) wasn’t lost afterward on the Pirates (2-0, 1-0). Exactly one year ago, the Eagles beat them handily, 16-4.

“I’m so excited for this, because we never beat them,” said Ella Nejad, a Pirates senior captain. “We came out hard and we executed. This is a statement for us. It means we’re only going to go up from here. We’re not going to go down.”

Daisy Thompson and Olivia Konopka added a goal apiece for the Pirates, who outshot the Eagles 17-12 on net and managed to control possession for much of the second half. They took an early 3-1 lead and carried a 6-4 advantage into halftime.

Senior goalie Hannah Burgess made four saves for the Pirates, and the defense in front of her made sure the Eagles’ potent scorers didn’t get room in front of the net to fire off shots. Though the Eagles still managed eight goals, only two came during the natural flow of play, with the rest coming via free position attempts.

“The offense pushes the defense, so when the offense scores, the defense knows they have to get a stop for them,” Pirates coach Colleen Hile said. “Our energy today came from Hannah Burgess in goal. She’s just fabulous. Her saves really drove us.”

Eagles senior Katie Beatty scored a game-high six goals, and Rachel Crumbacher and Ayla Perez each had one. Goalie Grace Herbert made six saves. But every time they’d score and momentum seemed like it might shift, the determined Pirates answered with another goal or a timely defensive stop.

The Eagles pulled to within one, 7-6, on Beatty’s score with 18:52 remaining, but Byrne scored twice over the ensuing four minutes to extend the Pirate lead. Konopka and Nejad scored in the final eight minutes to make it 11-7 and ensure the win. Crumbacher netted the Eagles’ final goal with 1:34 left.

“River just had more capability to go to goal, and caught us out of position at times and capitalized on our mistakes,” Eagles coach Todd Kortowich said.

The Pirates hope to keep the momentum going. Thirteen players – including two of their top four scorers – graduated last June, leaving 10 seniors behind to try and build on a Division II state runner-up finish in 2021.

Hile said her roster has already developed a closeness that has translated to the field. Nejad, also a co-captain last year, has no interest in taking a step back in the team’s pursuit of another trip to Columbus.

“I know losing in the state championship was very hard, but I think it gave us that extra motivation and drive,” Nejad said.

The Pirates will host Brunswick at 7 p.m. Thursday in NOLL action, while the Eagles will head that day to Richfield Revere for a 7 p.m. start.