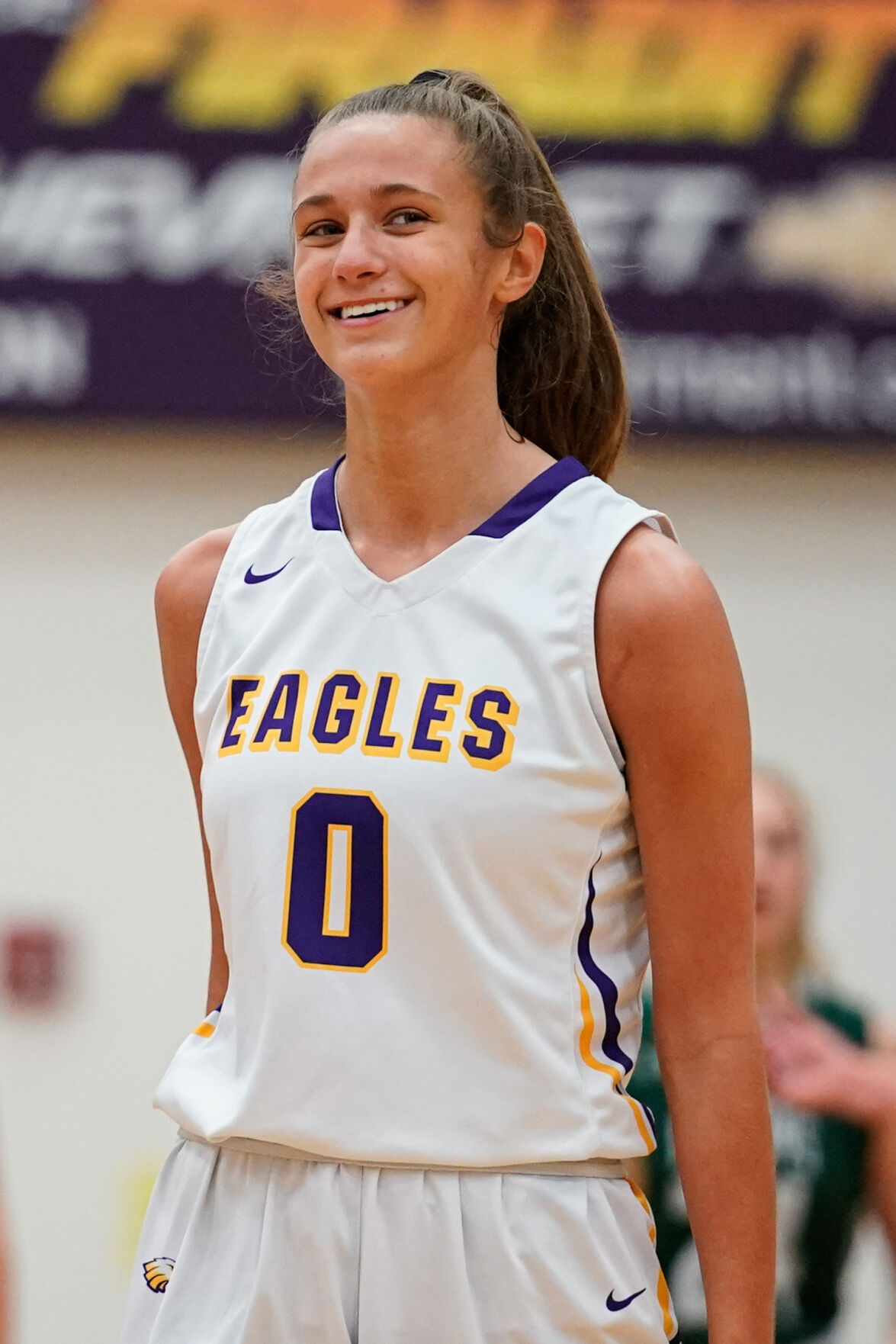 Avon junior Abby Liber showed off her diverse skill set this season, averaging 14 points, 7.2 rebounds, two assists and a block per game. On Feb. 28, she was named the Southwestern Conference’s Most Valuable Player, as well as the Lorain County Player of the Year for Division I. 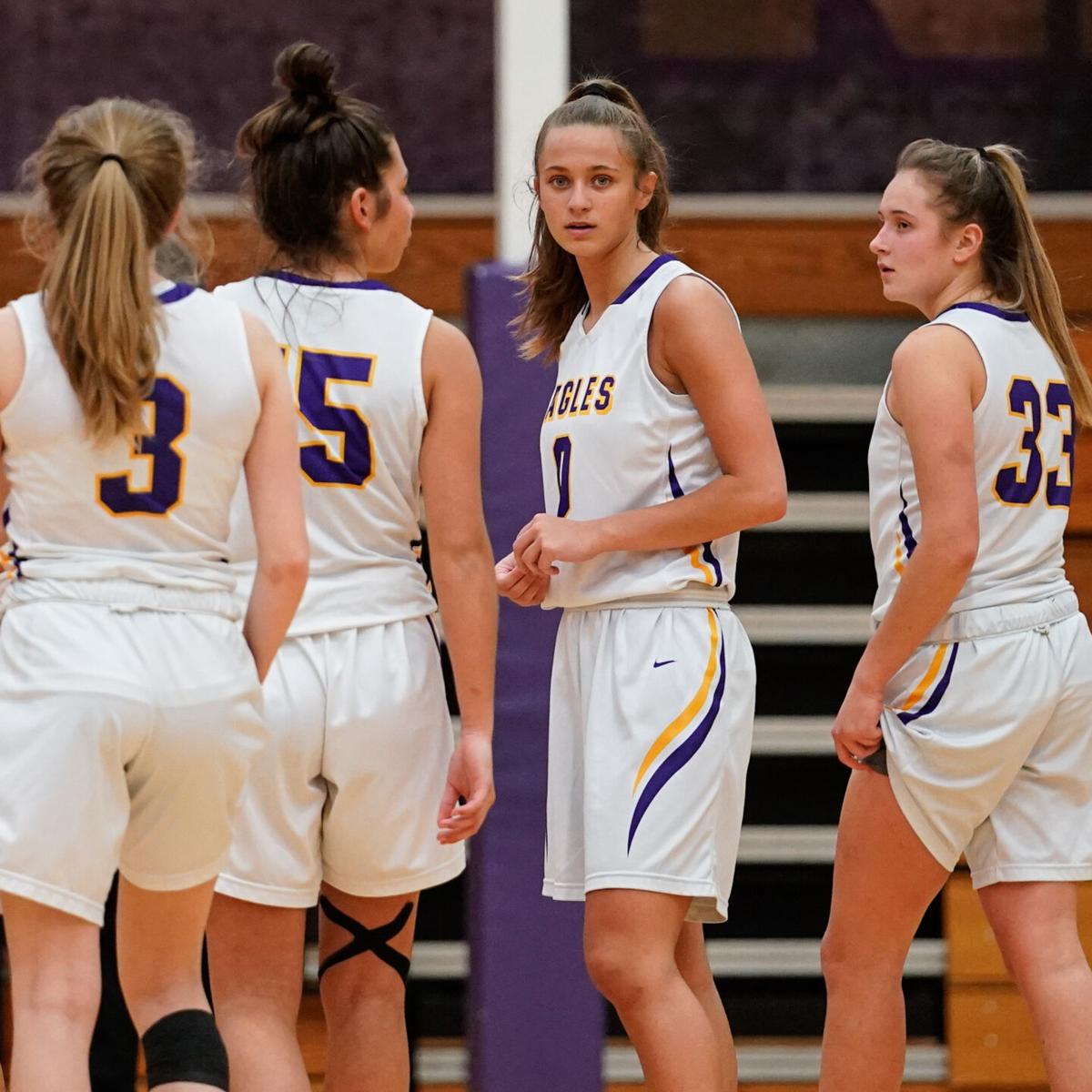 Avon junior Abby Liber showed off her diverse skill set this season, averaging 14 points, 7.2 rebounds, two assists and a block per game. On Feb. 28, she was named the Southwestern Conference’s Most Valuable Player, as well as the Lorain County Player of the Year for Division I.

Throughout this past girls basketball season, there were sequences where Abby Liber could make her own coaches question their strategy.

Those plays were fast, and the kind that covered all 84 feet of the court.

The Avon junior would grab a defensive rebound at one end of the floor, sprint forward with her eyes up, beat a defender with a dribble around her back, get into the paint and lay the ball in while another defender or two stood flat-footed, unable to stop it.

Even a veteran head coach like the Eagles’ Meghan Larrick was caught Liber-watching on occasion.

But there were the other plays the 5-foot-11 Liber would make, and make often. In addition to scoring 14 points per game this season, she added 7.2 rebounds, two assists, nearly three steals and one block, an all-around effort that didn’t go unnoticed by opposing coaches from around the area.

On Feb. 28, she was named the Southwestern Conference’s Most Valuable Player. The following day, she was announced as the Lorain County Player of the Year for Division I. She was also included on the First Team for both awards for the second year in a row.

“It was really exciting when I found out,” Liber said. “It’s a great honor, especially since I’m a junior. There are a lot of good girls in the area, so it meant a lot to me.”

Amidst so many talented players in both the SWC and Lorain County, Liber was able to make herself stand out by constantly tinkering with her game. During the season, she estimated that she would take 300-500 shots in the gym before practice, then stay late to get in more work.

Some nights, she’d have to be reminded that it was closing time at the high school gym.

“She’s that kid,” Larrick said. “She’s one of the hardest workers. She gets into the gym to get 300-500 shots in before practice, then after games there are so many times when we actually have to kick her out of the gym because she’s not happy with how she performed and wants to get up more shots. She’s always trying to improve herself so she can be better for her teammates. She has a tireless work ethic.”

All of that extra shooting paid off, as her percentage for the season hovered around 47%. Through so many hours of practice, she has also developed an increasingly accurate 3-point stroke.

There’s also all of the skillwork–including ball-handling and passing–that have steadily improved since she first cracked the Eagles’ varsity roster as a freshman in 2018.

During the high school off-season, she attends summer camps run at Avon and plays for the Cleveland-based SMAC AAU program, often squaring off against some of the top players in the state.

“During the season I’d always show up about an hour early to get shots up and practice different moves,” Liber said. “In the off-season I play AAU, work out and work on the things I need to improve for the next season.”

The key to Liber’s success has been versatility, along with effort. Listed as a guard, she has forward length and can play just about any role Larrick and her staff can draw up. At times, she acts as a point guard initiating the offense. At others, she can post up inside.

Defensively, she’s tall enough and quick enough to defend just about any of the five positions.

“That’s what’s so great,” Larrick said. “When we’re getting pressured at our guard position and our guards are having difficulty advancing the basketball, there are times where we say ‘Abby, go get it,’ and she’s able to bring up the ball confidently. She’s able to go inside when needed. She’s really that remarkable all-around player that’s willing to do whatever it takes to make our team better.”

Given her willingness to adapt to whatever the team needs on a given night, it’s no surprise that one of Liber’s favorite players is LeBron James, one of the most versatile players to ever step foot on a basketball court.

“He’s just an all-around good player, “Liber said. “He’s kind of all over the place and can do anything, I think. I try to take a role and do whatever. He tries to fill whatever role is needed and I try to do that.”

Leadership is another facet of her game that has grown each year. In a rare occurrence, she was chosen by her teammates as a captain her sophomore year, then again this season as a junior.

The Eagles’ season came to an end Feb. 27, when they lost a grind-it-out Division I district championship game at Olmsted Falls, 34-31. Along the way, they posted a 15-6 record and were among the upper echelon of the SWC, all in the face of the COVID-19 pandemic which threatened to derail schedules and put entire teams on ice for weeks at a time through quarantines.

“I was grateful just to have a season,” Liber said. “I think it was really hard because we’d have girls coming in and out of quarantine, so I was really proud of my team and the players who’d step up when other girls weren’t there.”

With seven varsity players expected back for next season, don’t expect Liber and the Eagles to fade away anytime soon.

“I think we’ll do well,” she said. “We had a lot of younger girls who got experience this season, so even though we’re losing (five) seniors, we’ll still have girls who’ll be able to step up and play.”