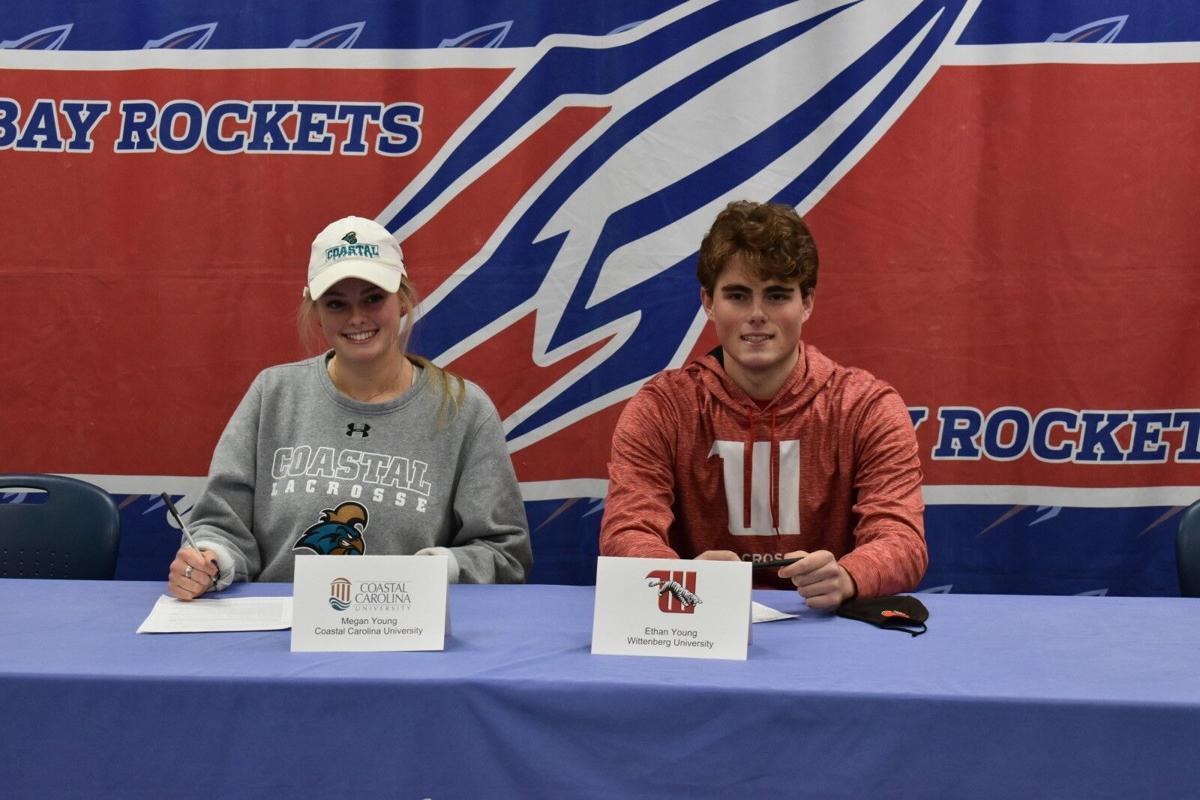 Twins Megan and Ethan Young, who will play lacrosse in college, are well-rounded athletes. Ethan has played football at Bay High School, while Megan has played tennis. 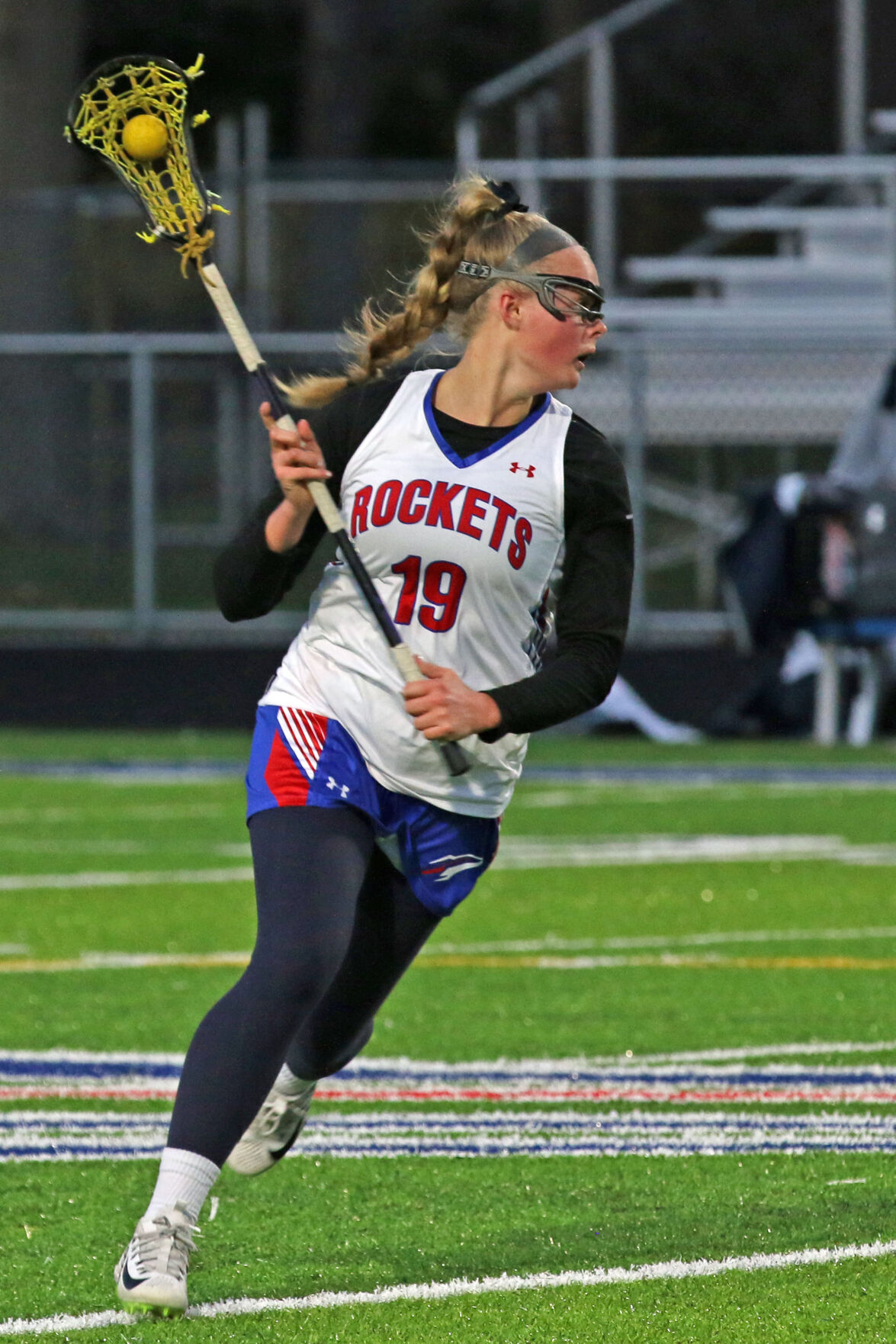 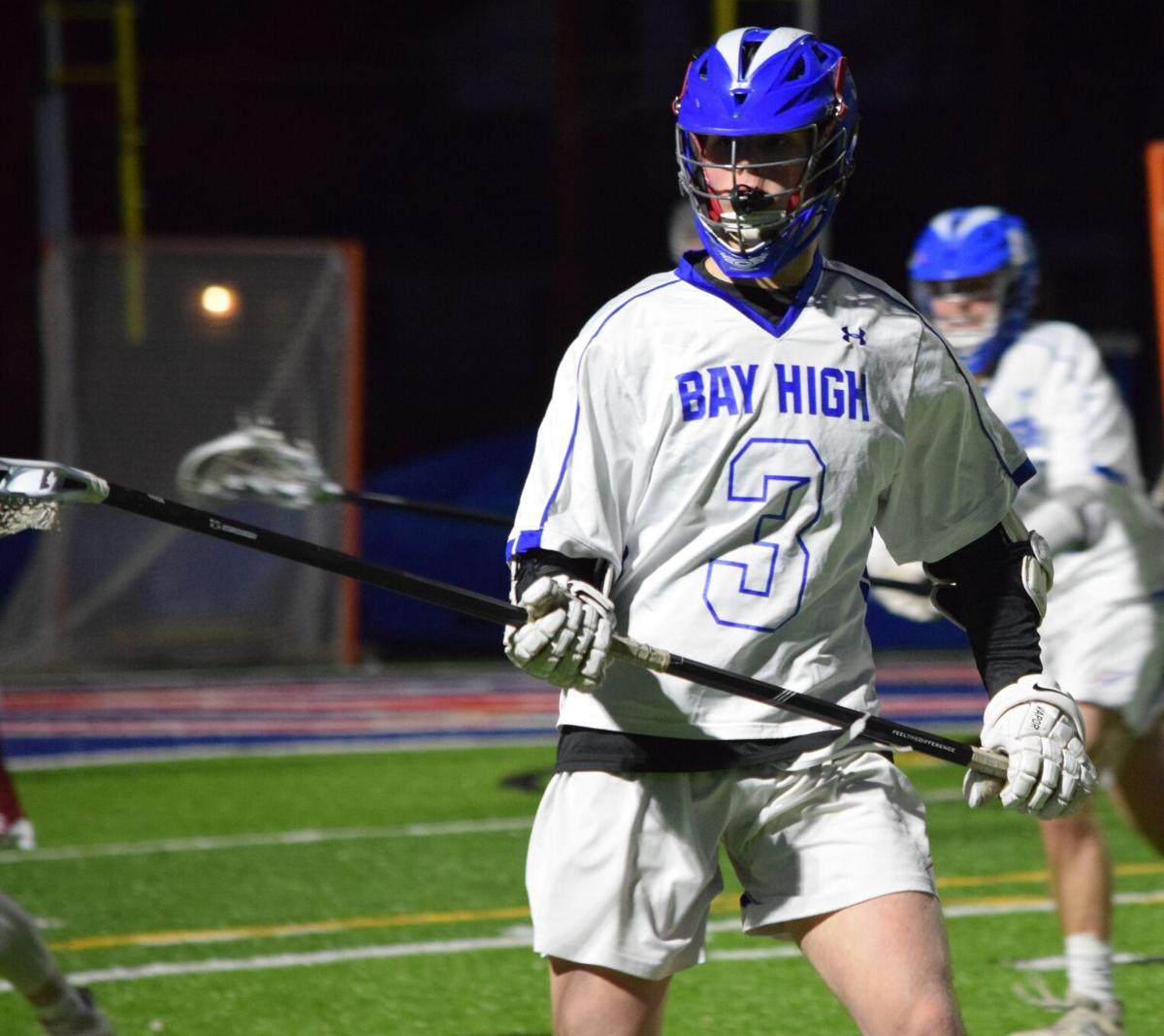 Bay senior Ethan Young, who’s missed much of his first two varsity lacrosse seasons, is feeling healthy and is excited to get to finish out his high school career in the spring.

Twins Megan and Ethan Young, who will play lacrosse in college, are well-rounded athletes. Ethan has played football at Bay High School, while Megan has played tennis.

Bay senior Ethan Young, who’s missed much of his first two varsity lacrosse seasons, is feeling healthy and is excited to get to finish out his high school career in the spring.

Megan and Ethan Young would complement each other well if they ever played on the same lacrosse team.

Megan is the midfielder-attacker with a nose for the net who can fire laser beams off her stick from 10 or more yards away. Ethan is the sturdy defender who relishes shutting down an opponent.

As members of varsity programs at Bay High School, the twin seniors–born 30 seconds apart–have both used their unique skill sets to help lead the Rockets to winning seasons during the spring season, while also showing off those skills at club tournaments throughout the rest of the year.

And all those hours of practicing and hitting the gym, up to 12 hours a week sometimes, helped them both land college offers to continue playing. On National Signing Day on Nov. 11, Megan signed her Letter of Intent to play for NCAA Division I Coastal Carolina University, in Conway, South Carolina, while Ethan signed on with NCAA Div. III Wittenberg University in Springfield, Ohio.

“For our whole family, it’s super exciting,” said their father, Tom Young. “We’ve really been blessed. It’s been great to see them play in high school and club, and see them have success and fight through challenges and go on and play. We’re already planning to travel down to Coastal to see Megan play and travel down to Wittenberg to see Ethan play. Senior year is kind of emotional as it is, because you’re seeing things come to an end for high school. But we’re excited that we can keep seeing them play for a little longer.”

While outside competition has helped both siblings improve over the years, they also sharpened each other from a young age by squaring off in their front yard, setting up a goal and attempting to outdo each other with their shooting prowess. They’d play games of H-O-R-S-E or wall ball to mixed results, with contests sometimes ending when one of them would throw down their stick and walk away in frustration.

“It was pretty much neck-and-neck,” Megan said. “We’d go back and forth, definitely.”

Other times, they’d practice fundamentals. Megan’s dangerous shot – the one that’s already set a state record for 9 goals in a single game – was developed while playing catch with Ethan and their older brother Brennan. The two boys would send hard passes to each other, and if Megan wanted to join in, she’d have to do the same.

“Ethan taught me how to shoot,” Megan said. “I think because of that I’ve always had this strong shot, and I can rip it from eight meters...We’d come up with games and play against each other, and it definitely made us better.”

There was also a steep learning curve as she navigated her earliest seasons of playing organized lacrosse. She joined the Bay Village Lacrosse Association in 2013 as a fourth grader on the fifth and sixth-grade team. Two years later as a sixth grader she wound up leading it in scoring as it finished 18-2. As part of the seventh and eighth-grade team in 2017, she scored a team-high 64 goals and the team went 20-4 overall.

Playing with her brothers and then with older girls early on has served her well during her high school career. As a two-year starter for the Rockets, she’s already set state records for goals in a game (9), set in 2019 in a win over Revere, as well as points in a single season (112). She also holds team records for assists (single game, season and career).

Until COVID-19 wiped out the 2020 spring season, she was poised to be a lead contributor on a Rockets team that was on the verge of reaching the Division II state semifinals. In 2019, the Rockets set a program record for wins by going 20-2, and lost 16-15 to Walsh Jesuit in a regional final.

“Losing out on my junior year of high school lacrosse was tough, because we were good,” Megan said. “We probably would’ve gone to state. We would’ve been really good, so that was devastating.”

While Megan was able to compete consistently before the pandemic hit, Ethan had to spend significant time rehabbing injuries. A dislocated clavicle his freshman year kept him out much of that season. A torn ACL suffered halfway through his sophomore season took a little over a year to overcome, leading to an abbreviated but memorable high school career as a varsity Rocket.

Boys varsity coach Brian Hare said that, when in the lineup, Ethan has shown a lot of promise.

“He’s a great kid,” said Hare, whose team finished 10-6 in 2019. “For the high school piece (of his playing career), we’ve seen more of his ability to rehab and stay focused on being positive so he can get healthy and compete. He’s missed some games, but whenever he’s been able to play he’s always contributed and brought a positive attitude and work ethic. He brings an edge to the team. He’s the type of kid we can put on an island and he can lock down offensive players.”

There’s nowhere else on the field Ethan would rather be.

“I started playing defense because I was pretty big, so (coaches) would throw me onto defense,” Ethan said. “But over the years, I would never switch to offense. I love defense and I love how you play it.”

Thanks to extensive time spent playing for club programs and attending camps in various locations, both Young siblings were able to make an impression on college coaches during their recruiting process.

Despite missing so much time, Ethan was able to find the perfect match in Wittenberg, a program he’s excited to join next year.

“I really like the atmosphere. It’s a beautiful campus,” Ethan said. “I love how it’s small, and it’s Division III. I was interested in Division I, but I thought Division III was the best for me. The facilities (at Wittenberg) are amazing.”

Megan found the same fit at Coastal Carolina, which she noted is located close to the beach, a nice selling point.

“The coaches there were always the best,” Megan said. “They worked with my summer team (Midwestern Force), so I had known them for a very long time, which made it easier to connect in that way. Right when they were talking to me about committing, I just knew that was the perfect spot for me.”

Their beginnings were certainly humble. In fact, the family knew nothing about the sport of lacrosse until Tom entered second-grade Ethan and fourth-grade Brennan into a BVLA youth camp. The two brothers were already bored with baseball, and both eventually came to enjoy lacrosse. Megan started in the fourth grade and fell in love right away, setting a goal early on that she wanted to get better.

“I remember crying because I didn’t want to go to practice,” Ethan said of those first experiences. “I hated it. I didn’t even know how to play it. But thankfully, my dad kept me in it...It takes a long time to learn. You have to practice every day if you want to be good.”

That love of the game has endured ever since, and will now continue past high school. When college starts, the twins will head their separate ways. But they spent years making each other better during those front yard showdowns, and know what the other is capable of.

“Megan works extremely hard and she deserves everything she gets,” Ethan said. “She’s going to play great at Coastal, and I’m excited to watch her.”

“His hard work and dedication throughout his lacrosse seasons (with the injuries) has been insane, and something I’ve always looked up to,” Megan said. “He’s always made me work harder, too. ”