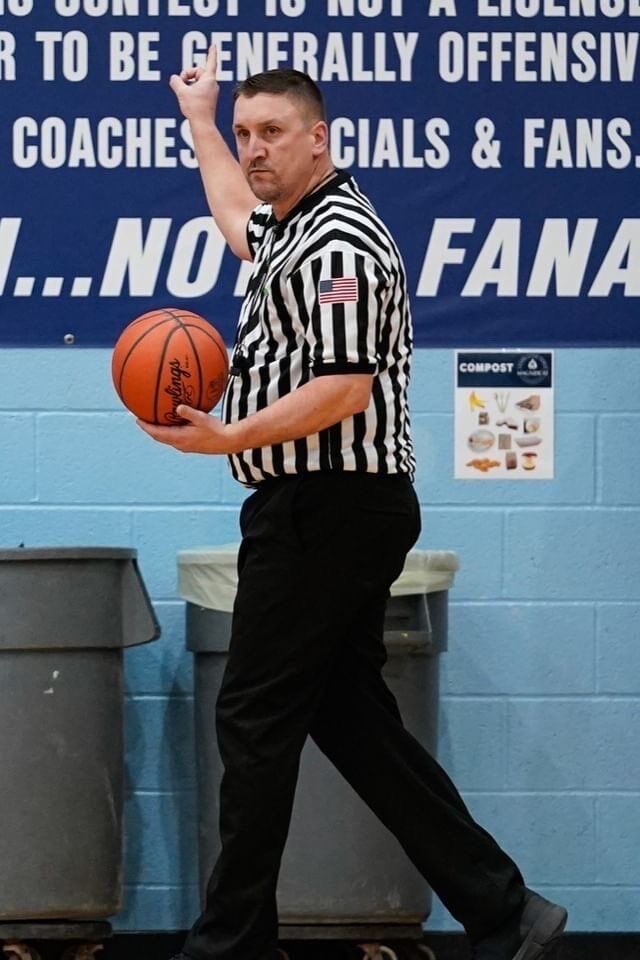 Over the past 10 years, the number of referees across the Ohio High School Athletic Association’s 26 sanctioned sports have declined each year. With fewer people going through the process of becoming licensed referees each year during that same stretch, a lack of available officials could force high schools and middle schools to rethink how their teams schedule and play in the coming years. 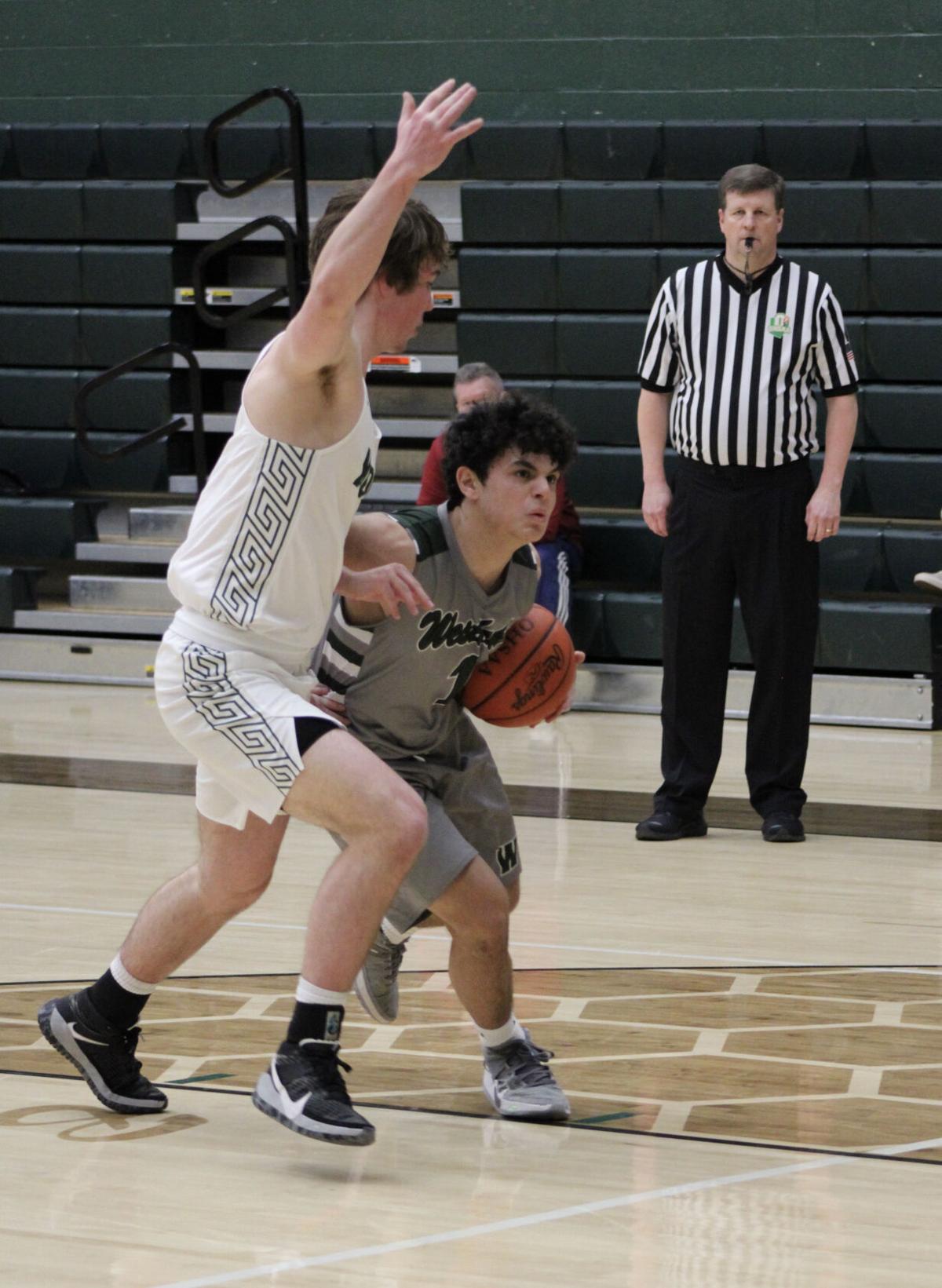 Across Ohio High School Athletic Association-sanctioned sports, boys and girls basketball has seen one of the steepest declines in its number of referees over the past decade.

Over the past 10 years, the number of referees across the Ohio High School Athletic Association’s 26 sanctioned sports have declined each year. With fewer people going through the process of becoming licensed referees each year during that same stretch, a lack of available officials could force high schools and middle schools to rethink how their teams schedule and play in the coming years.

Across Ohio High School Athletic Association-sanctioned sports, boys and girls basketball has seen one of the steepest declines in its number of referees over the past decade.

Ohio’s pool of referees across all high school and middle school sports is shrinking, with no signs of growth on the horizon.

Numbers calculated by the Ohio High School Athletic Association paint an ugly picture for the present and future. Per its reporting, the OHSAA went from an all-time high of 16,629 officials a decade ago to 13,585 in 2021 for all 26 sports it sanctions, and the number of new individuals taking the required training and testing to join the referee ranks isn’t filling the growing void.

Recent OHSAA data shows that, in the same 10-year window that the number of active officials has decreased, the number of people trying to enter certain sports has fallen with it. In 2010, for example, there were 925 people testing to umpire baseball and softball, 422 to call football and 920 for basketball. By 2020, the numbers for each sunk to 553, 280 and 670, respectively.

“I’ve been an official for 56 years, and these are the worst shortages we’ve ever had,” said Ron Knight, the OHSAA’s Northeast District officials administrator. “There’s more total officials now than there were 50 years ago, but there’s more sports now, so the demand is greater. In the last 10 years we’ve lost about one-third of the officials we had in the OHSAA.”

In order to work OHSAA games, prospective officials must take 30 hours of classes and pass a test to become certified. After that, it’s up to them to reach out to game assignors and their local officials associations to get work.

New officials are required to work lower-level games, such as middle school or junior varsity, for two years before they’re eligible to take another test and earn their Class 1 license, which allows them to work varsity games.

Football is the OHSAA’s chief money-maker in terms of gate revenue, which it relies on heavily for operating funds. With the 2021 season set to kick off in less than a month, the ref shortage isn’t likely to affect scheduling in Northeast Ohio, according to area officials assignor Michael McCarthy. But at the current rate of decline, and as the current pool of officials ages, issues are likely to arise before long.

There isn’t a single reason for the decline in officials or the lack of retention, but rather a handful that make jobs like McCarthy’s difficult. Throughout the year, he assigns referees to a wide range of Southwestern and Great Lakes Conference games at the high school and middle school level.

For one, COVID-19 proved harmful. Though he didn’t have an exact number of referees who left the ranks or took time off during the pandemic, McCarthy believes some left for that reason, choosing not to come back.

“COVID didn’t do us any favors,” he said. “A lot of people took time off from officiating during COVID and a lot have not come back from it. A lot of people who didn’t take time off specifically because of COVID over the last year-and-a-half, their job schedules have changed dramatically and taken them out of being able to officiate school games that might start at 4:30 or 5 p.m. We’re not in a good place.”

Pay can also be a hurdle. On average, officials calling an OHSAA-sanctioned contest will receive between $40 and $75, depending on the sport. That’s for a single game, with different crews calling different levels, such as junior varsity and varsity.

Combine that with travel – officials drive all over the state to call games and aren’t reimbursed for gas mileage unless it’s an OHSAA tournament game – and a $50 check may not seem as enticing. For sectional, district, regional and state tournament games, the OHSAA will reimburse $1 per mile for travel, but only for one way. The organization determines the amount to be paid out by measuring the distance between the zipcode of the officials’ home and the zipcode where the game in question is being played.

There’s also a competition of sorts between OHSAA sporting events and those conducted by travel and AAU programs. The latter has been known to pay a little more – and by the game – for a day’s work.

“It used to be that high schools were the only game in town,” Knight said. “Now, the officials might say, if I have my choice of doing a baseball game for $50 or a travel team game for $75 or $80, I might (consider the travel game). When you’re competing with youth baseball, there’s nothing stopping that coach from paying you $75 or $80 in cash, whatever it takes to get somebody to do the job. I think something should be done to compensate the officials a little more.”

M.J. Smith is a former North Ridgeville boys basketball standout who was named Lorain County’s Player of the Year in 2018. Still an active player entering his final season as a guard at Muskingum University, he’s also branched out into officiating games during his off-time, calling mostly youth contests as he works his way up to eventually calling varsity and even college games, if he has his way. Last week he called a series of 15 summer tournament games at Cedar Point, receiving $25 for each game, a departure from the OHSAA’s model.

“Raising the pay would help (at the prep level),” Smith said. “It just has to be a little bit, nothing crazy. With what refs have to deal with during the game or even after sometimes, it would be good if it paid a little bit more. It’s not easy being a ref.”

Another factor contributing to the referee shortage is verbal abuse coming from the stands. McCarthy, who has called a myriad of sports for over 40 years, believes that spectators have become increasingly less civil over time.

“Fan and player and coach behavior over the years has deteriorated significantly in most sports,” he said. “Let’s be honest, nobody likes getting yelled at, especially when they’re doing something they enjoy doing. They’re not professionals at it. You’d like to think that everybody that’s officiated a high school volleyball match or basketball game, there’s a certain level of professionalism about it and they’re trained. But they’re not ready for the NBA or the NFL. They’re much more likely to make mistakes, and I think we’re in a place in our sporting society where people, in general, are much less tolerant of those mistakes.”

“I’ve told officials and I’ve told coaches, I’ve never seen anyone get better who’s getting yelled at,” he said. “It’s counter-productive, and seems to be happening more and more.”

To Matt Smith, M.J.’s father and a longtime basketball official, the chatter can usually be easy to block out. Sometimes there are exceptions.

“We can block out the noise for the most part,” he said. “It’s when they start making it personal that we tell the site director or athletic director.”

A problem of a slightly smaller scale is the allure of calling college games. The OHSAA and college conferences have little to no dialogue, according to McCarthy, which can lead to some qualified officials backing out of pre-scheduled prep contests to call college ones. That can have a trickle down effect on where others are assigned.

Outside of increasing payouts, there aren’t many solutions available to reverse the decline of referees. Though the upcoming season isn’t in jeopardy, increased shortages in the coming years could force individual schools to rethink how they schedule games. One suggestion McCarthy had for softball teams, for example, was to start scheduling JV and varsity games at the same site to lessen the number of umpires needed.

“I’ve already told some athletic directors in some sports that they need to start looking at thinking outside the box in terms of creative scheduling,” McCarthy said. “Schedules are going to be affected (in the future), and I think even the ability to play some sports in the future is going to be affected. I don’t see it getting better or easier in the state of Ohio anytime soon.”