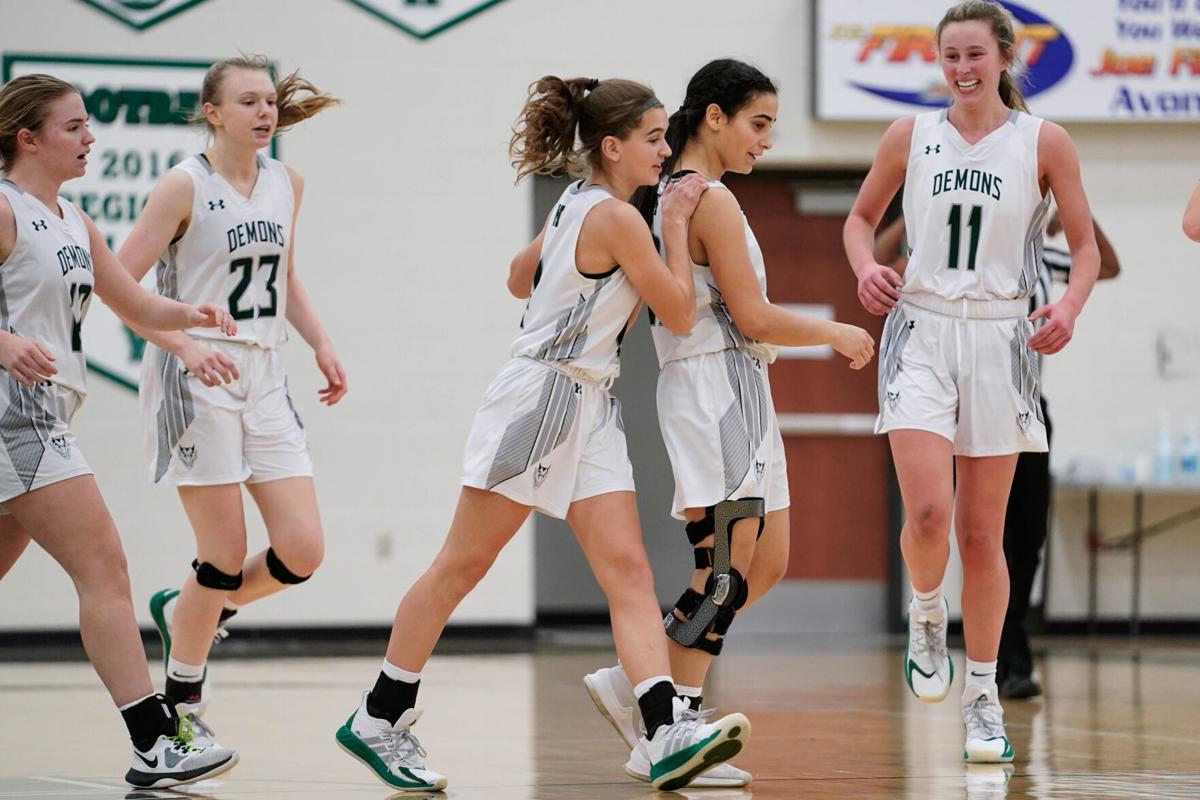 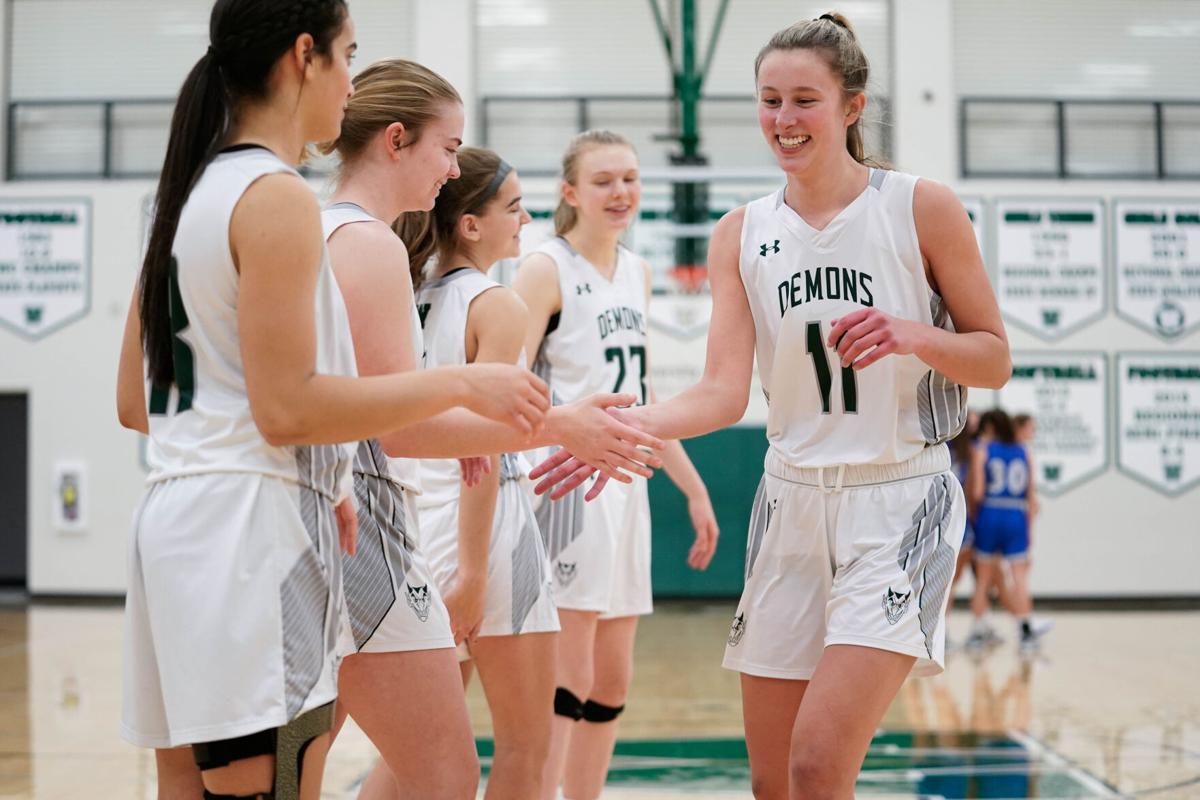 Westlake senior guard Abbie Gardner, right, was an important two-way cog for her team in its 46-34 win over Midview on Dec. 16. She scored eight points, grabbed seven rebounds and blocked a shot. 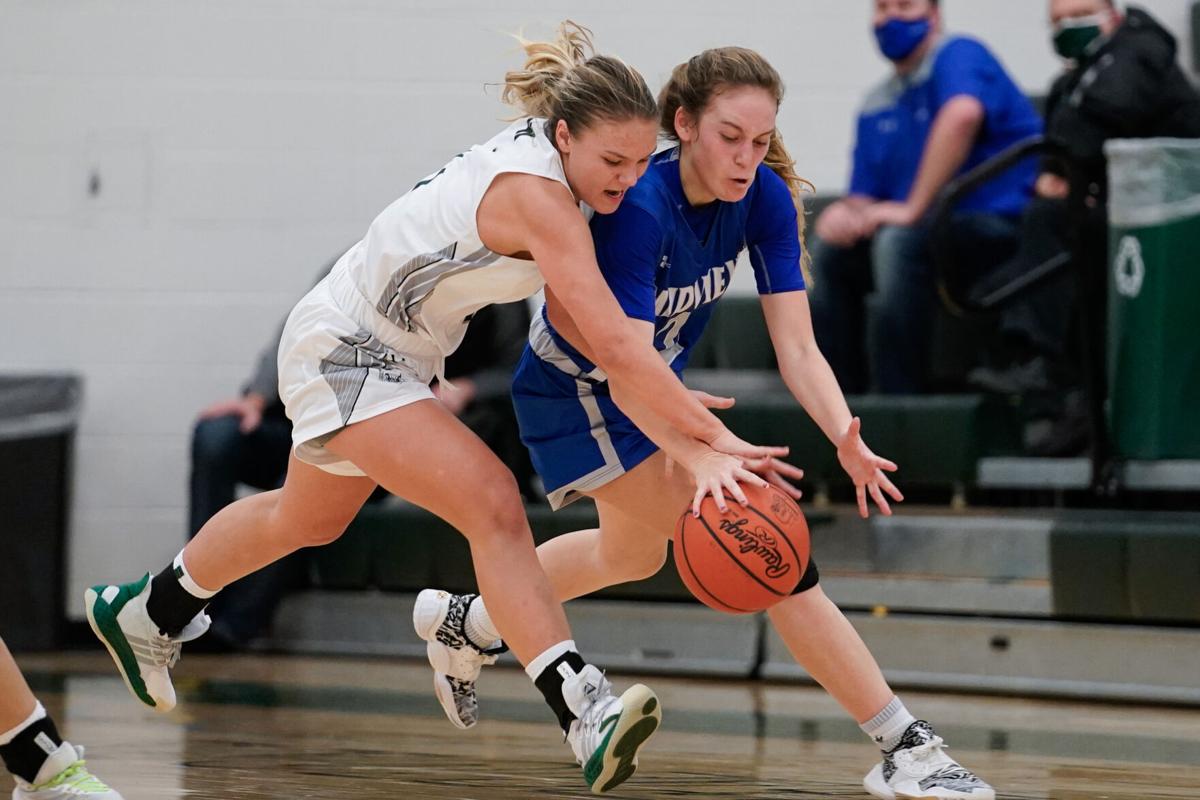 Defense will be the Demons’ calling card this season. In a 46-34 win over Midview Dec. 16, they forced 13 Middies turnovers and held them to 26% shooting. 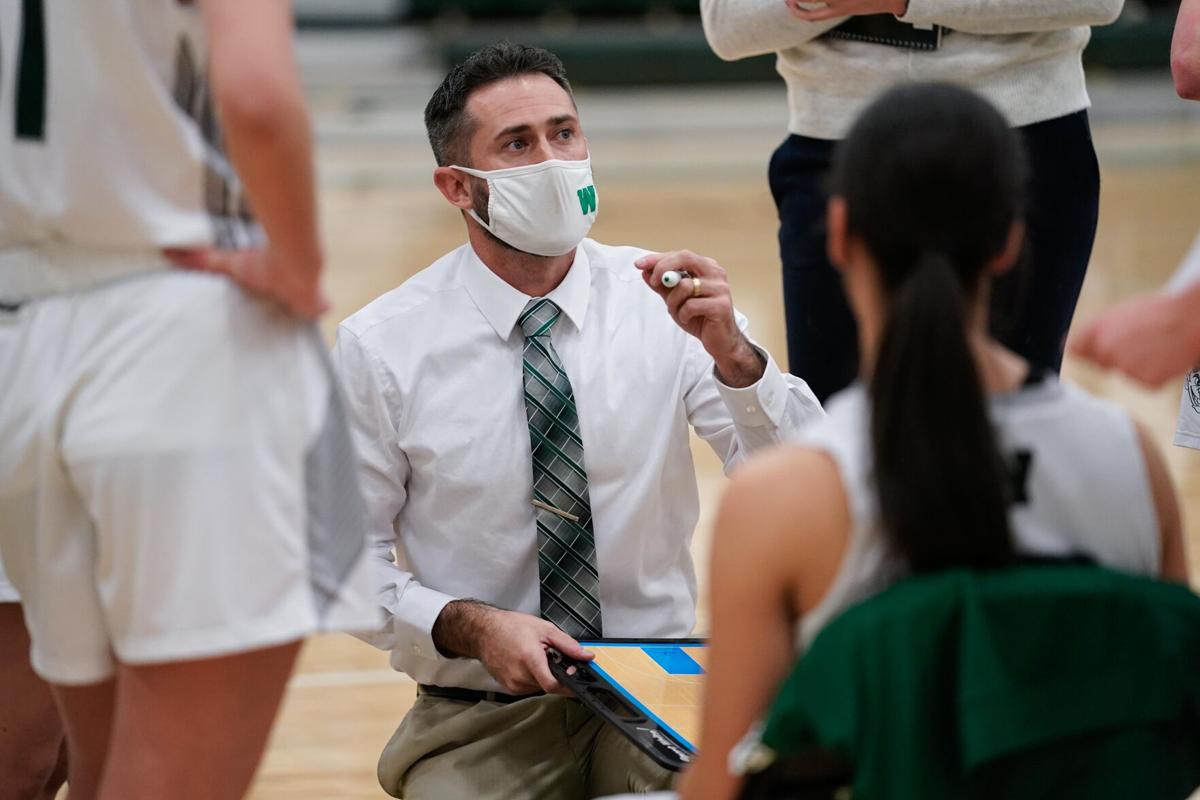 Westlake senior guard Abbie Gardner, right, was an important two-way cog for her team in its 46-34 win over Midview on Dec. 16. She scored eight points, grabbed seven rebounds and blocked a shot.

Defense will be the Demons’ calling card this season. In a 46-34 win over Midview Dec. 16, they forced 13 Middies turnovers and held them to 26% shooting.

With its top three scorers from a year ago graduated, this season’s version of the Westlake girls basketball team likely won’t feature a 20-point threat every night.

But tenacious defense is about will more than skill, and the Demons, under first-year coach Cory Rojeck, have plenty of that. It showed in a 46-34 victory over visiting Midview on Dec. 16.

The Demons (2-0, 1-0 Southwestern Conference) forced 13 Middies turnovers, outrebounded them 29-20 and held them under 10 points in three of four quarters.

“I think everyone showed up tonight defensively,” said Demons senior guard Summer Salem, who led the team with three steals.

Rojeck, a Northeast Ohio native who’d spent the past 10 years coaching in Arizona, likes to run a defense based on guarding opponents man-to-man. Under previous coach Karen Swanson Haan, the Demons had been running a diamond press that would morph into a 2-3 zone. That meant his nine returning varsity players had to learn a completely new system during an off-season when practice time was curtailed by a global pandemic.

Still as they took the lead for good, 14-13, on an Abbie Gardner bucket midway through the second quarter, the Demons looked to be right at home playing a new style. They went into the half up 20-17, then continued to lean on their defense with a 12-4 run in the third that briefly lifted the lead to 33-21.

The Demons held the Middies (1-2, 0-2 SWC) to seven points in the fourth quarter, securing Rojeck’s first victory on his new home court. For the game, the Middies shot a chilly 26%, with high-scorer Autumn Vance totaling 10 points.

“Defensively, what we do this year is a lot different than what they did last year,” Rojeck said. “And there’s no right or wrong. It’s just a different system. I think the girls have done a great job of buying into what we’ve been talking about on defense.”

Relying on an ensemble effort offensively, the Demons overcame a cold shooting night (41%) and were led by senior guard Summer Salem’s 12 points. All eight of the players who received court time scored during the contest, with Gardner and Taylor Gregory each chipping in eight points. Morgan Kress scored six.

The Demons used crisp ball movement and patience to find the right shots all evening, even if many didn’t fall.

“The silver lining of not having a group of kids who are ball-dominant or naturally want to score, is that the ball naturally moves quick,” Rojeck said. “We become really hard to defend when the ball’s moving. We may not have one kid who scores 20 points a game, but we do have a bunch of kids who can score six to eight to 10, and everyone pitched in on offense tonight.”

After a late 6-0 run by the Middies pulled them to within six, 33-27, at the end of the third quarter, the Demons dialed up their offense to start the fourth. Gardner scored on the team’s first possession, then Salem hit a 3-pointer on the next one, stole the ball from Midview near half court and raced back for a layup, capping a 7-0 run that boosted the lead back to double-digits, 40-27, and effectively seized control of the game’s outcome.

“We play really well together and get each other open,” Salem said. “We do whatever we can to help each other succeed.”

Westlake will next travel to Avon today for a 7 p.m. start.