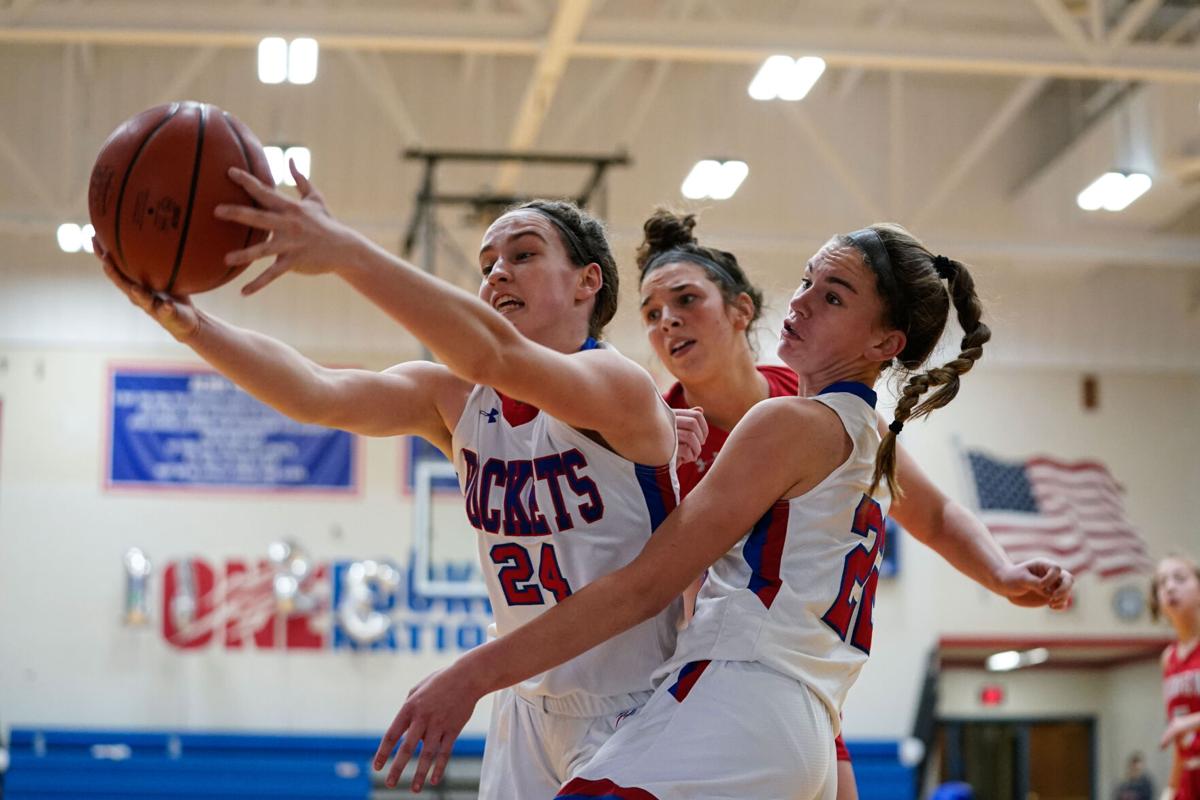 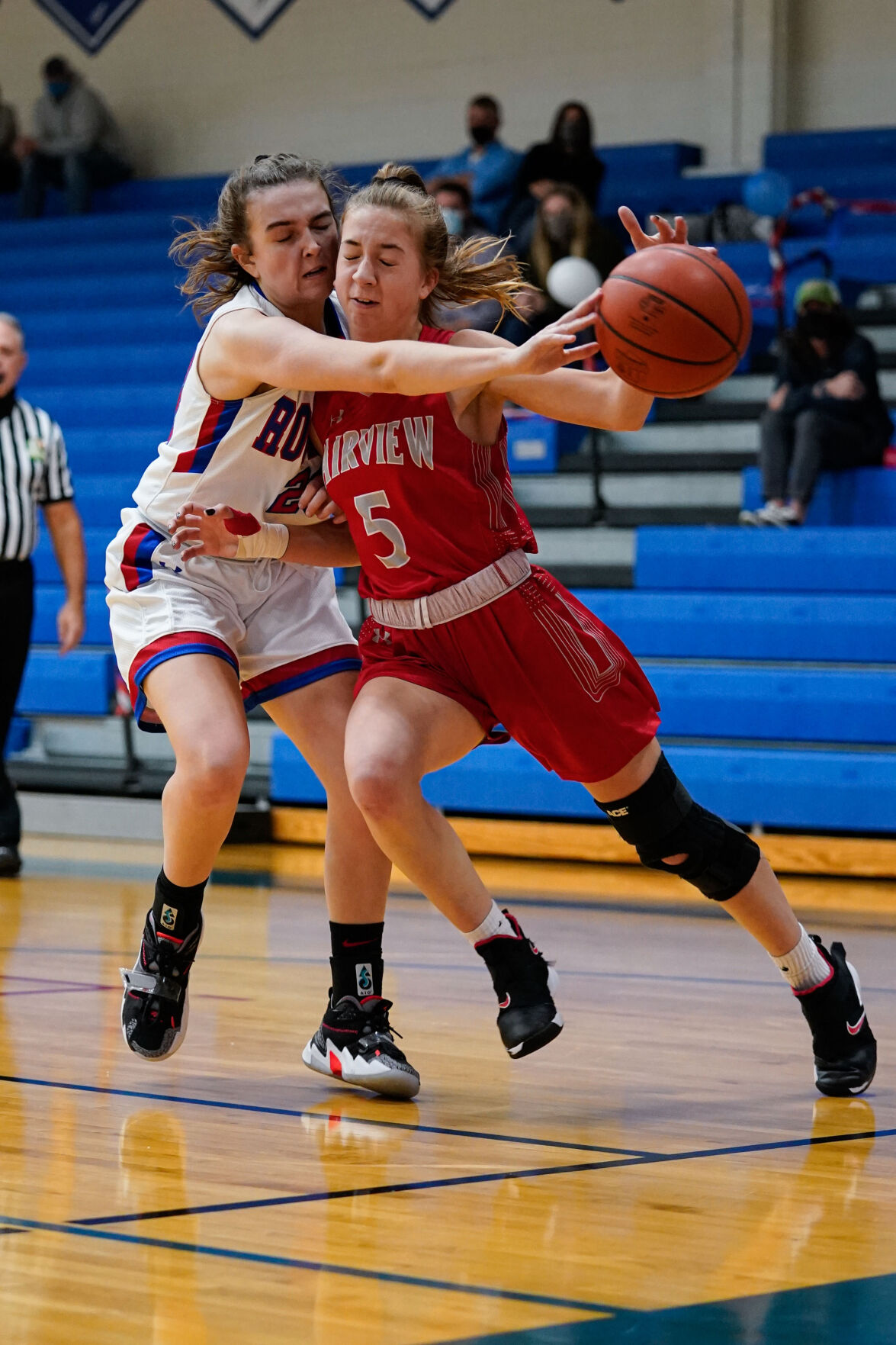 Bay’s defense against Fairview was suffocating at times. The Warriors committed 29 turnovers, with the Rockets collecting 23 steals on the way to a 56-33 win. 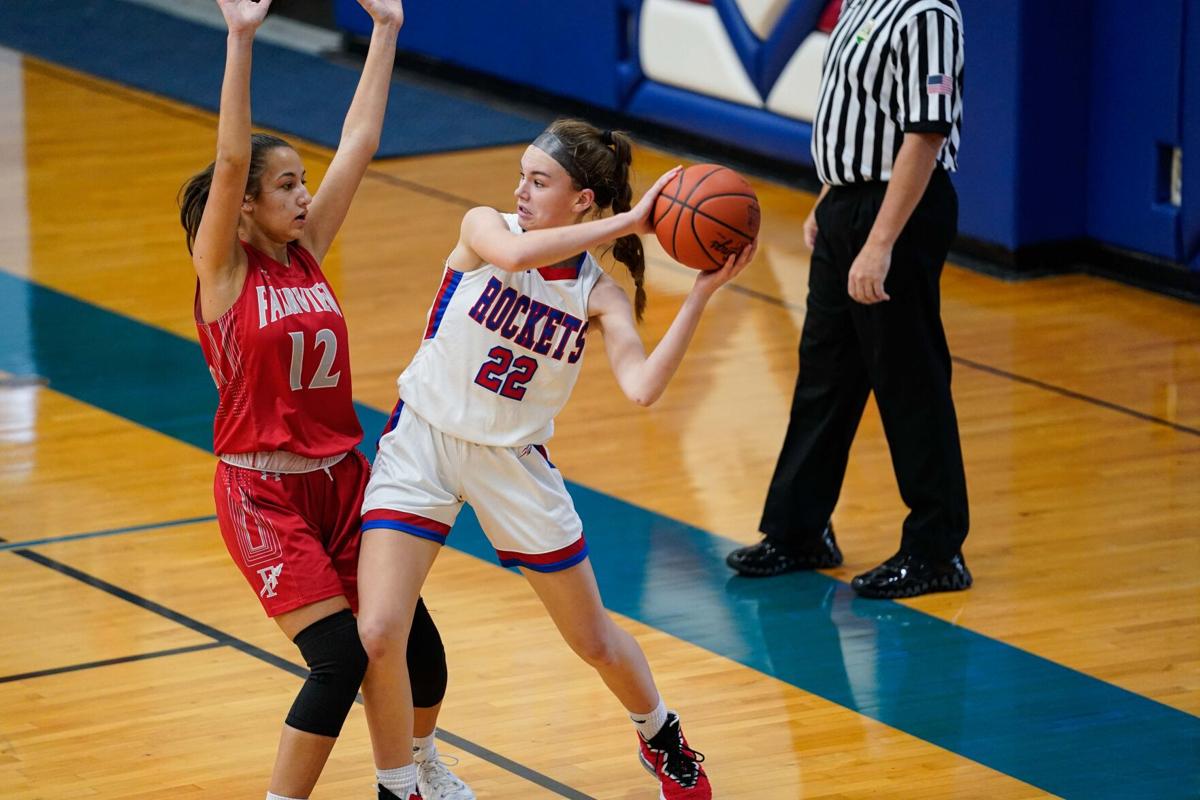 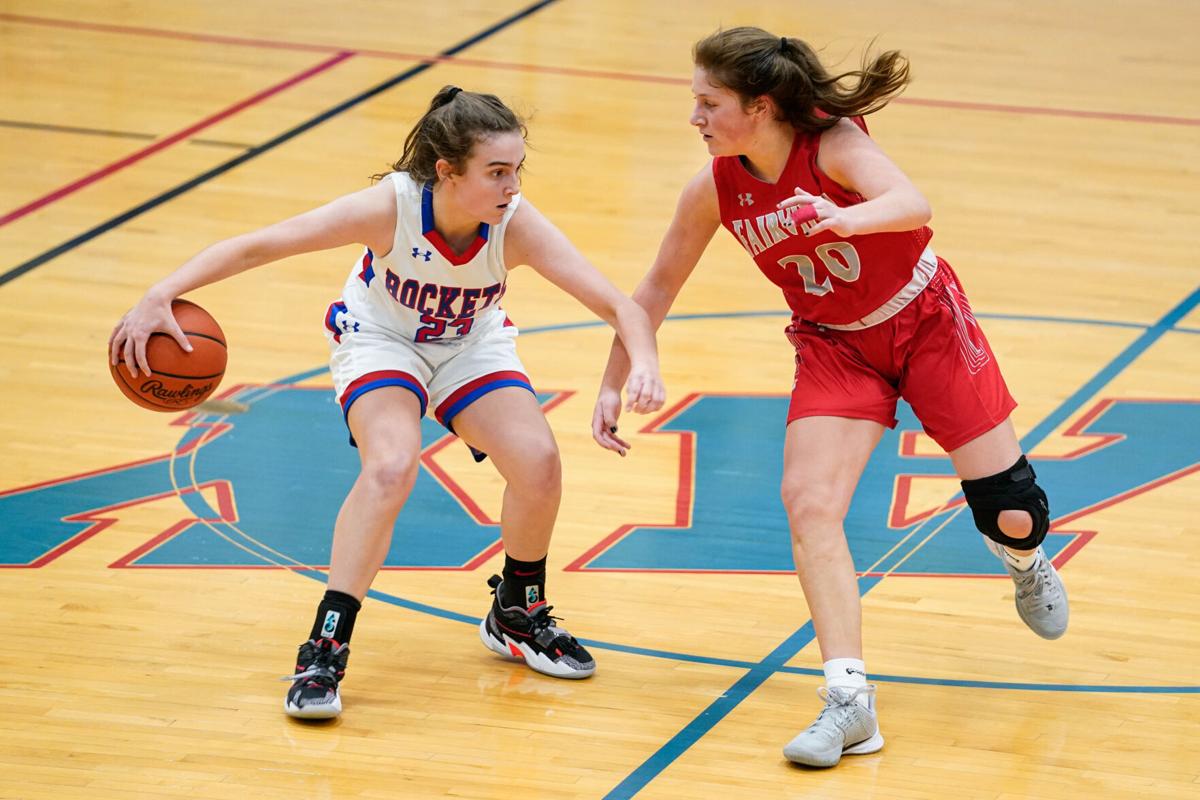 Bay’s defense against Fairview was suffocating at times. The Warriors committed 29 turnovers, with the Rockets collecting 23 steals on the way to a 56-33 win.

It took around 12 minutes for the Bay girls basketball team to pull out of an early funk in its game against visiting Fairview Dec. 12.

But once the Rockets awoke, the game belonged to them.

Trailing 19-16 with four minutes left in the first half, the Rockets hunkered down on defense and put together an 11-0 run to close it. The defense-first approach led to a 14-5 scoring disparity in the third quarter, and eventually a 56-33 win.

It was Bay’s (2-0, 2-0 Great Lakes Conference) second win of the week following a delayed start to the season. The Rockets defeated Holy Name on Dec. 9.

“It was just great to be able to play, and it was just good for everybody. It makes everybody feel a little bit better,” Rockets coach John Curran said. “We had two games this week, we have two next week and we’re going to take it one day at a time.”

Defensively, the Rockets helped cause 29 Warriors (0-3, 0-2 GLC) turnovers, 23 of which were steals. In one game-turning stretch of the second quarter, steals on three consecutive possessions by Rory Marcis, Chaeli Ziebarth and Audrey Hyland resulted in seven transition points, turning a one-point game into a 27-19 Rockets lead.

“We’re really young and it takes us awhile to get going,” Curran said. “For a handful of our kids it’s their first varsity year, so it takes a while to settle in. We felt like we executed okay, but we felt like we weren’t playing with much energy, so we flipped things up a little bit, changed our pressure and we got going.”

Ziebarth went on a 10-point tear in the third quarter, pushing the lead to 16, 41-25, with 10 seconds to go. A 7-0 run in the fourth keyed by back-to-back 3-pointers from Hyland and Emma Fox gave the Rockets their biggest lead, 52-28, before the game ended.

Ziebarth and Hyland proved to be a difficult inside-out matchup for the Warriors. They led all scorers with 12 points apiece, Ziebarth’s buckets coming in the paint and Hyland’s coming via four made 3-pointers. They combined for 13 rebounds and nine steals.

Lucy Bisson came off the bench to post nine points, nine rebounds and six steals. While defense carried the day, Curran noted that his relatively young roster has plenty of room for improvement offensively after committing 11 turnovers and shooting 29% from the floor. Only three of his returning players, Ziebarth, Hyland and Emily Martin, played regular varsity minutes last year.

“We’re trying to get better every day,” Curran said. “Until we get a better handle on what we can do, it doesn’t really matter what else we do. So we’re focusing on us and taking an incremental approach to getting better.”

Leila Descenza scored nine points to pace the Warriors, and Gabbie Davenport and Alice Chambers each chipped in eight, but the inability to hold onto the ball prevented them from keeping the score closer.

Fairview started the game off well, trading the lead with Bay in the first quarter and eventually going up 19-16 midway through the second period, thanks to a basket by Davenport and a free throw from Jada Witnik. But Hyland hit a 3-pointer to tie it with 3:55 left in the half, and Bay took over from there.

“Turnovers killed us,” said first-year Warriors coach Dave Murphy. “We have to do a better job of taking care of the ball. The first 14 minutes, it was 19-19. (Bay) did a little bit more pressing, but I don’t think there were a lot of forced turnovers. We just have to value the ball more.”