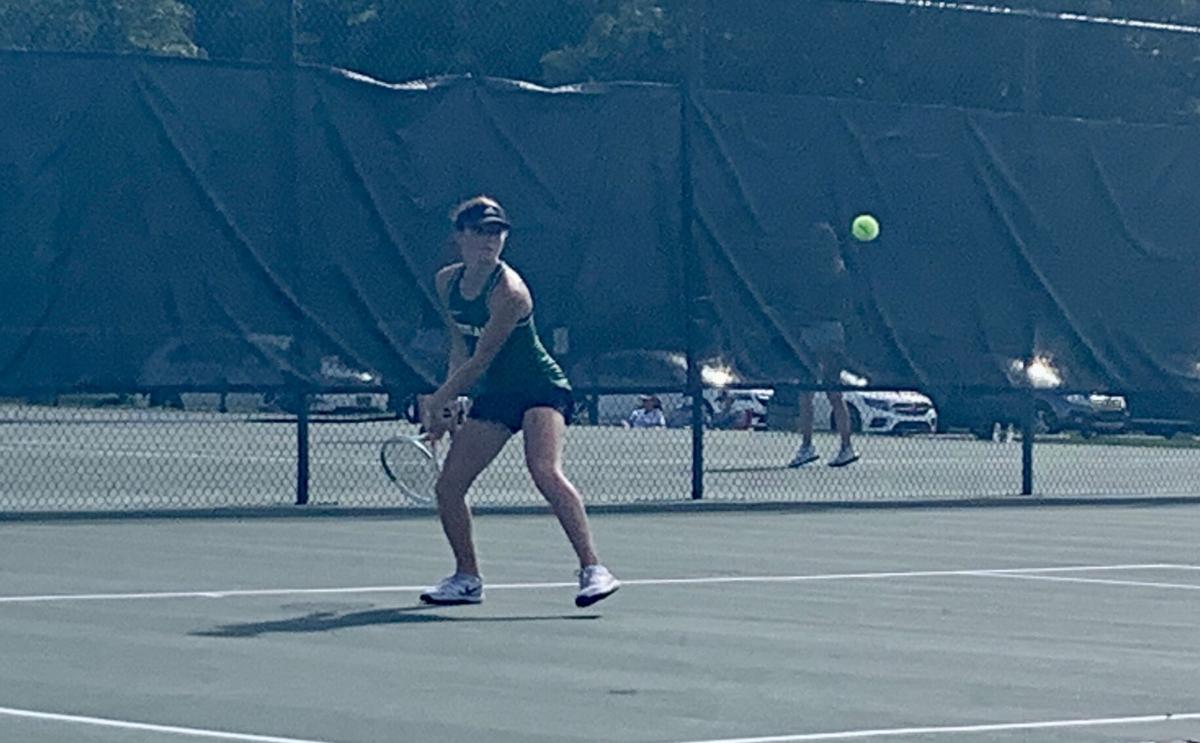 Westlake sophomore Madison Shami gets ready to hit a backhand shot during her match against Rocky River’s Becca Krebs on Aug. 31 at Tri-City Park. 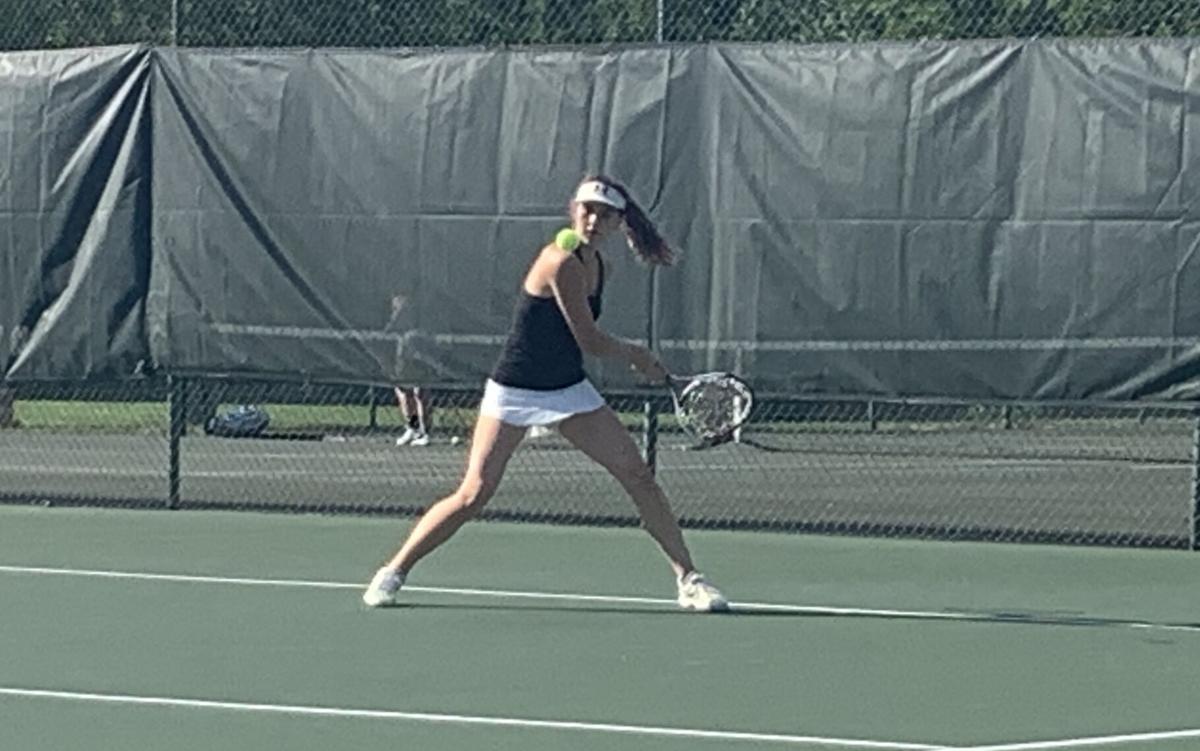 Westlake sophomore Madison Shami gets ready to hit a backhand shot during her match against Rocky River’s Becca Krebs on Aug. 31 at Tri-City Park.

Three matches came down to the final matches in an Aug. 31 girls tennis meeting between the Westlake Demons and Rocky River Pirates. And it was the Demons who did just enough to come out on top, 3-2.

Westlake (7-3) got crucial wins on both doubles courts at Rocky River’s Tri-City Park, then sophomore Madison Shami put away a hard-fought match in second singles to seal the victory. It was the team’s third 3-2 win of the season.

“There were a lot of long points; it was hard-fought,” Demons coach Doug Cook said. “We were fortunate to win one (of those long singles matches).”

After Pirates (5-6) sophomore and 2019 state qualifier Samantha Robertson defeated Niege DeAngelis 6-0, 6-0, the fate of the entire match came down to the second and third singles courts, which were both marathons split between the two teams.

In third singles, the Pirates’ Makenzie Runyon came back from a 5-0 deficit in the second set to win, then took the third set over Mia Iditolu, 1-6, 7-6, 6-2. Shami earned the Demons the third team point when she used a combination of a strong forehand and quick reflexes at the net to beat Becca Krebs 7-6, 6-1.

Pirates coach JoHanna Forman thought her team made strides even if the end result wasn’t what they’d hoped for. The team remains undefeated against Great Lakes Conference competition at 3-0, but is 2-6 against a tough non-league schedule.

“I think that we’re super lucky to have such a deep team that pushes each other to get better,” Forman said. “They lost today, but they were all into every match, so it’s all you can ask for.”