The summer months are a time for team-building exercises at the high school level, and the Westlake girls soccer program, under first-year coach Dan O’Brien, took a unique approach last week.

On July 7, members of the team were split into groups – marked by different colored shirts and shapes – and had to work together in a competition based off of popular CBS reality show The Amazing Race.

The show takes contestants on a trip around the world, where they scour for clues and solve challenges along a winding path to the finish line and a big cash prize. In the Demons’ version, players, with the help of parent chaperones, traveled to several locations around town over the course of about two hours, starting at the high school’s football stadium and ending at one of the players’ backyard pool. Destinations included the Westlake rec center and Crocker Park.

Teams had to find clues at each stop, which included the rec center’s gazebo, Crocker Park’s fountains, Graeter’s Ice Cream and American Greetings. At one point in the Crocker Park portion of the game, teams had to perform a cheer on a stage in front of the Cheesecake Factory that was judged by Demons cheer coach Bianca Beekman.

In the end, the purple team, made up of Abbey Sadd, Sydney Peer, Anna Williams, Lauren Novak and Marisa Cutter reached the finish line first. 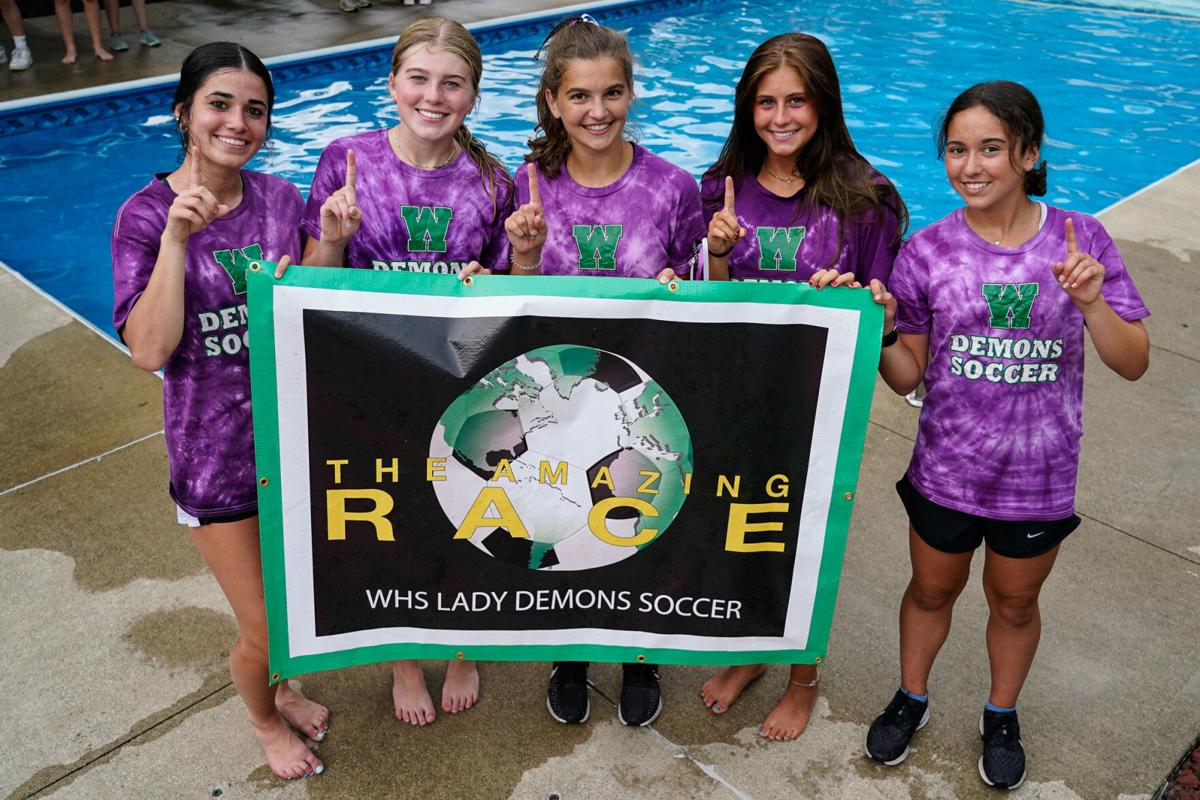 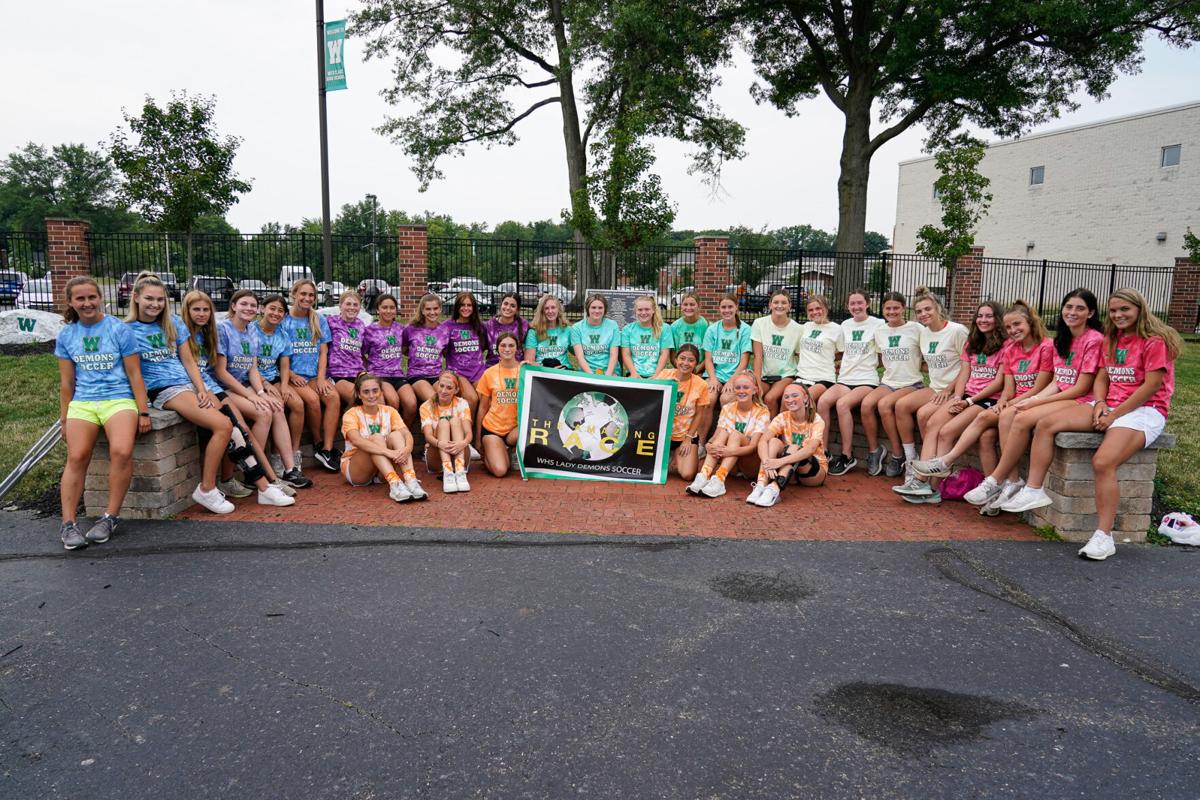 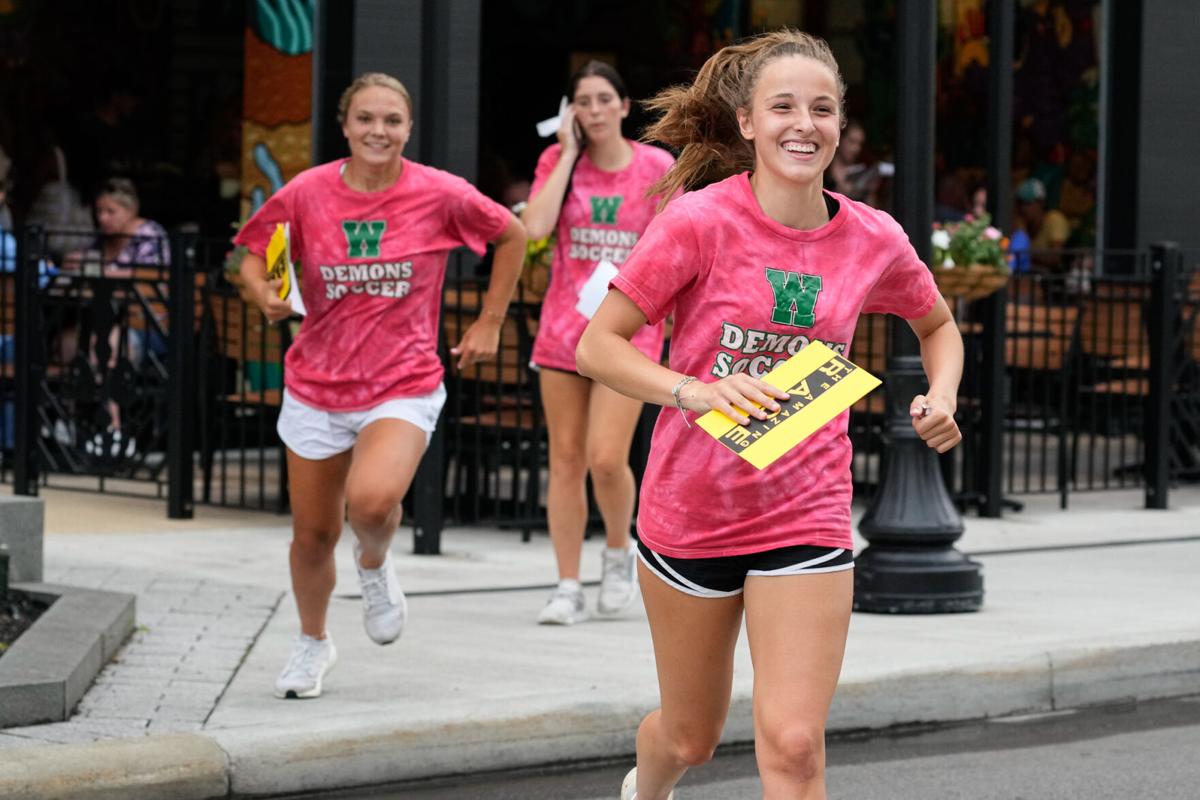 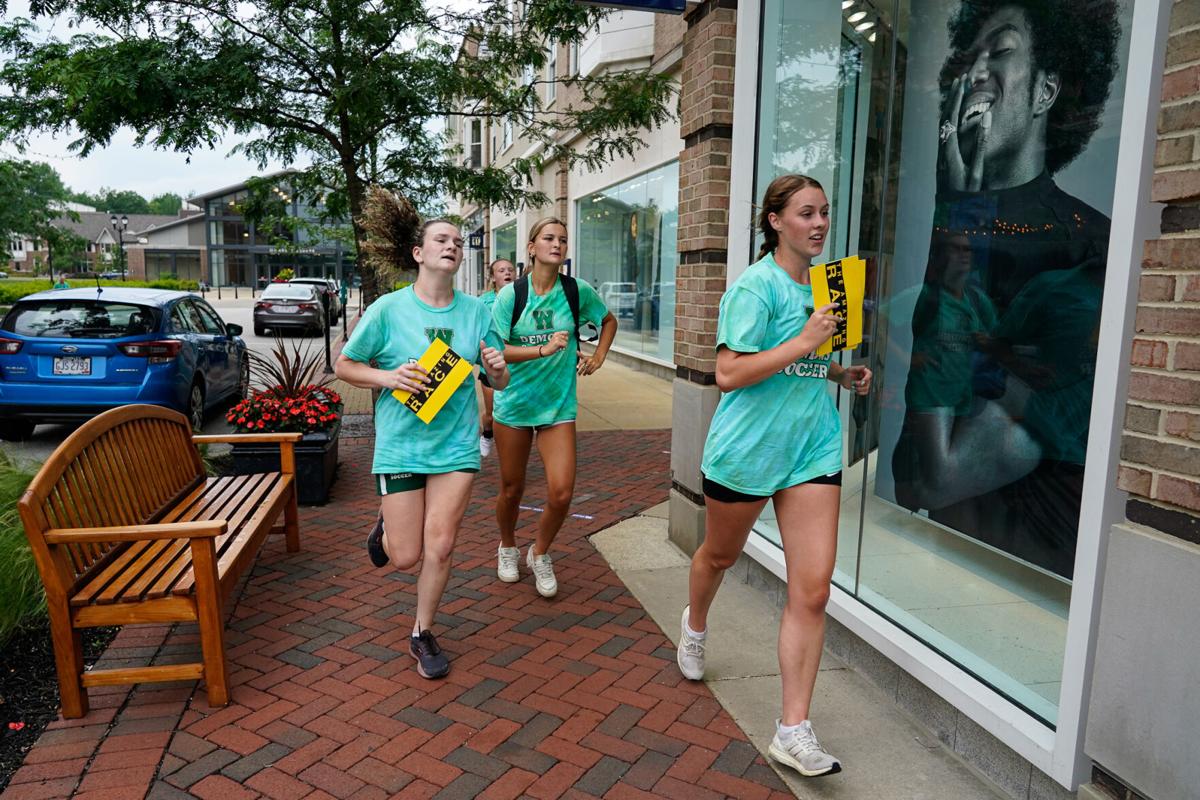 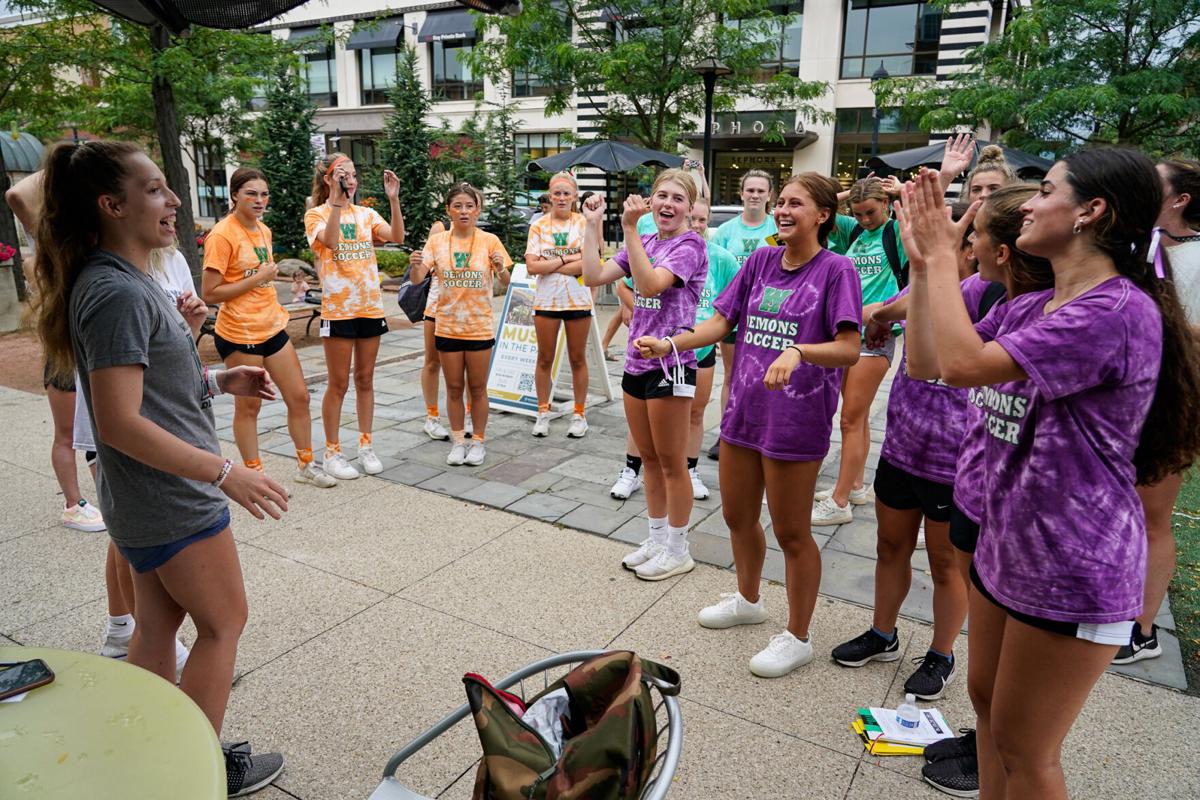