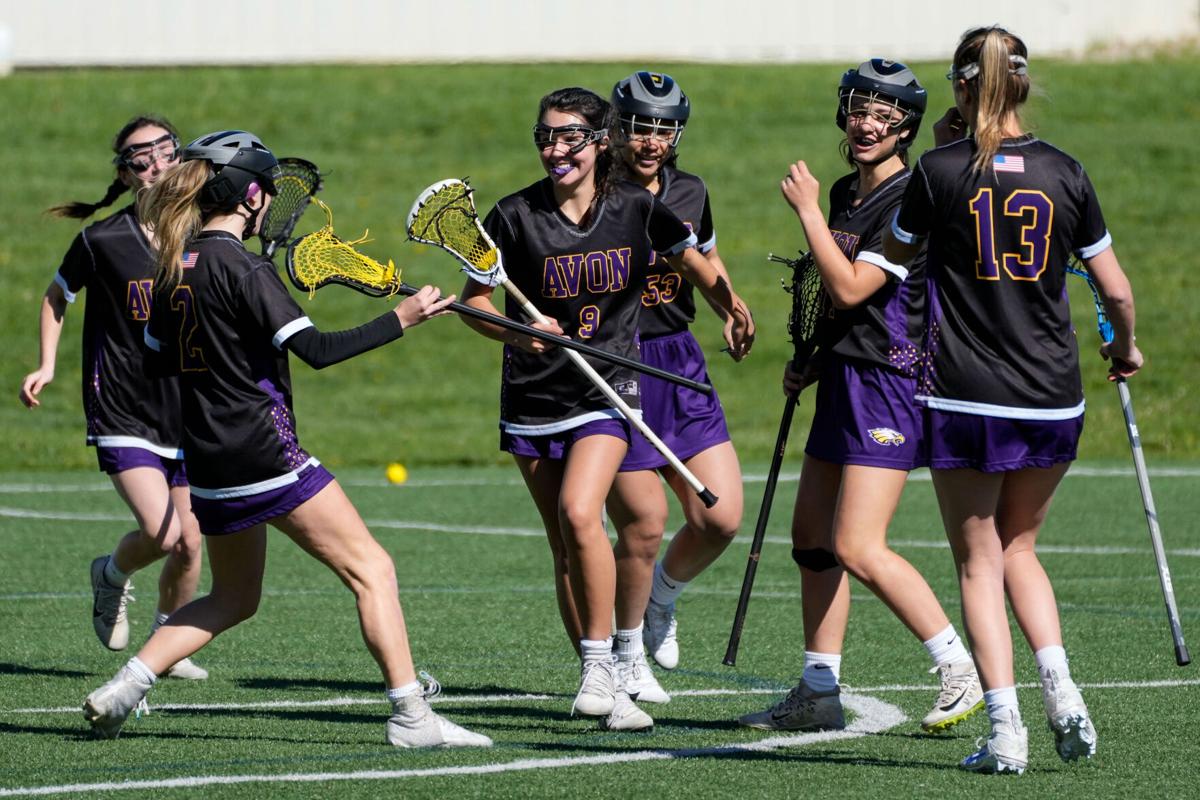 The Avon girls lacrosse team overcame a goal deficit in the last two minutes of regulation to tie St. Joseph Academy on May 1, then scored the game-winning goal with just over two minutes in the second sudden-death overtime to win, 11-10. 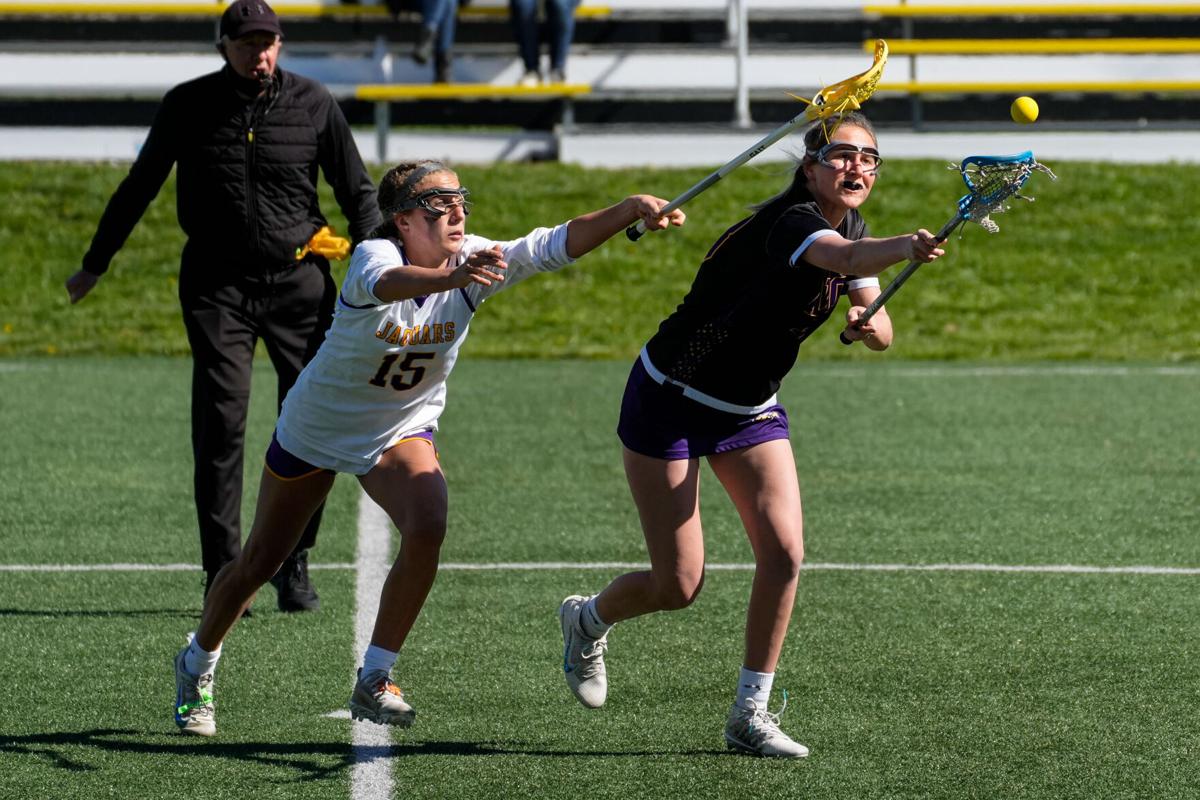 The Avon and St. Joseph Academy girls lacrosse teams renewed their rivalry at Lorain’s Lost Nations Sports Park on May 1, and it took two overtimes to decide a winner. The Eagles got two free position goals from Katie Beatty, one late in regulation to tie the game at 10, and another in the second sudden-death overtime, to win 11-10. The Eagles, currently enjoying the best season in program history, improved to 13-0, tying their 2019 win total. 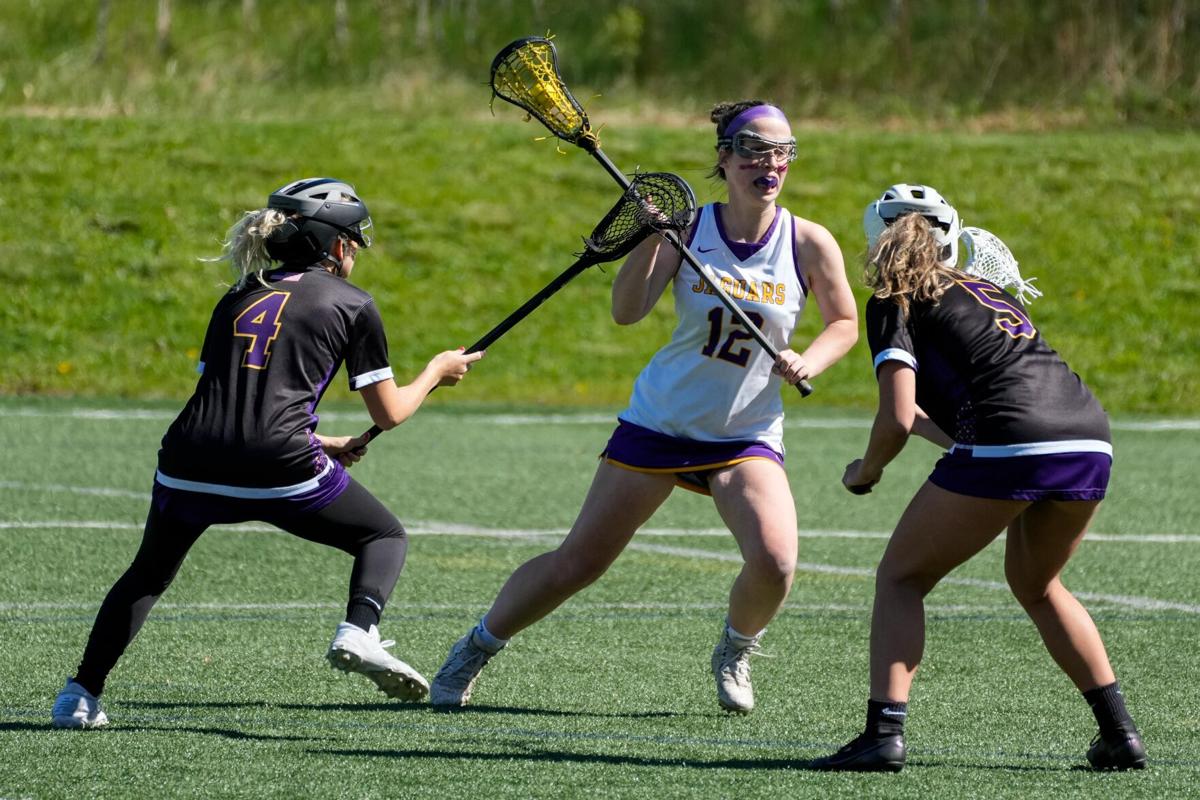 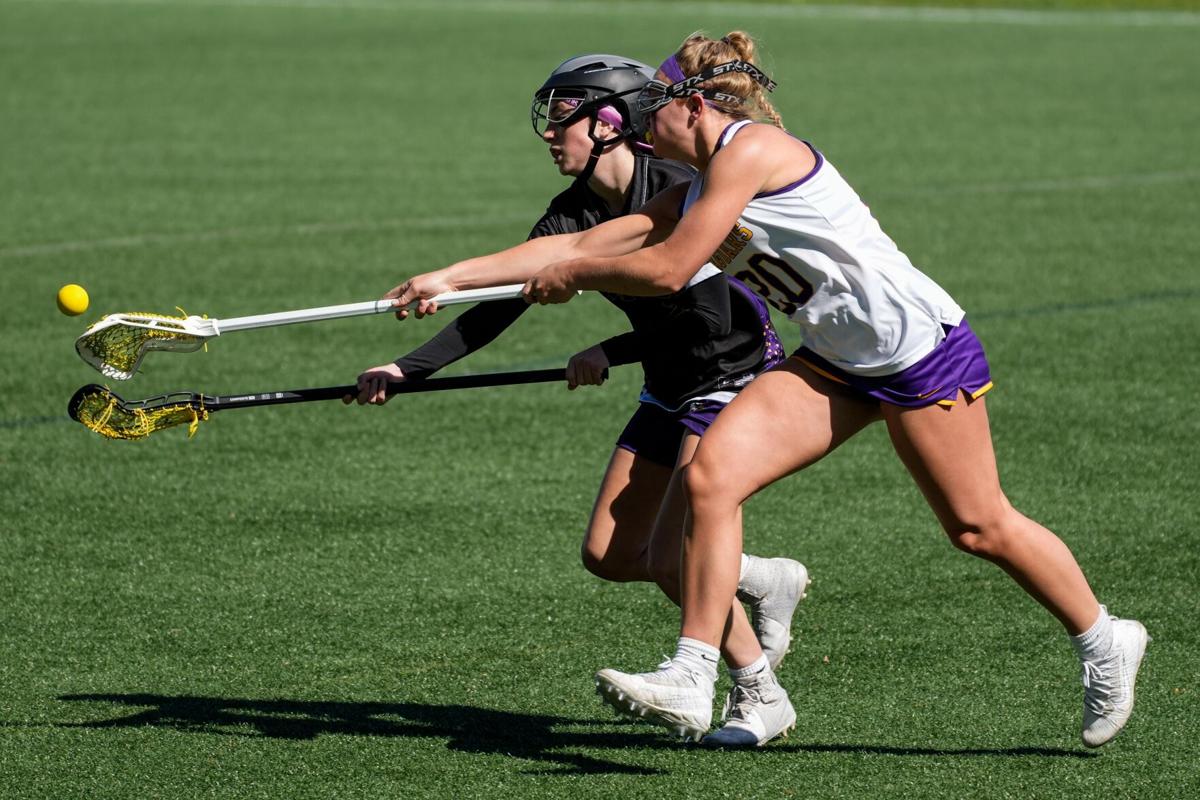 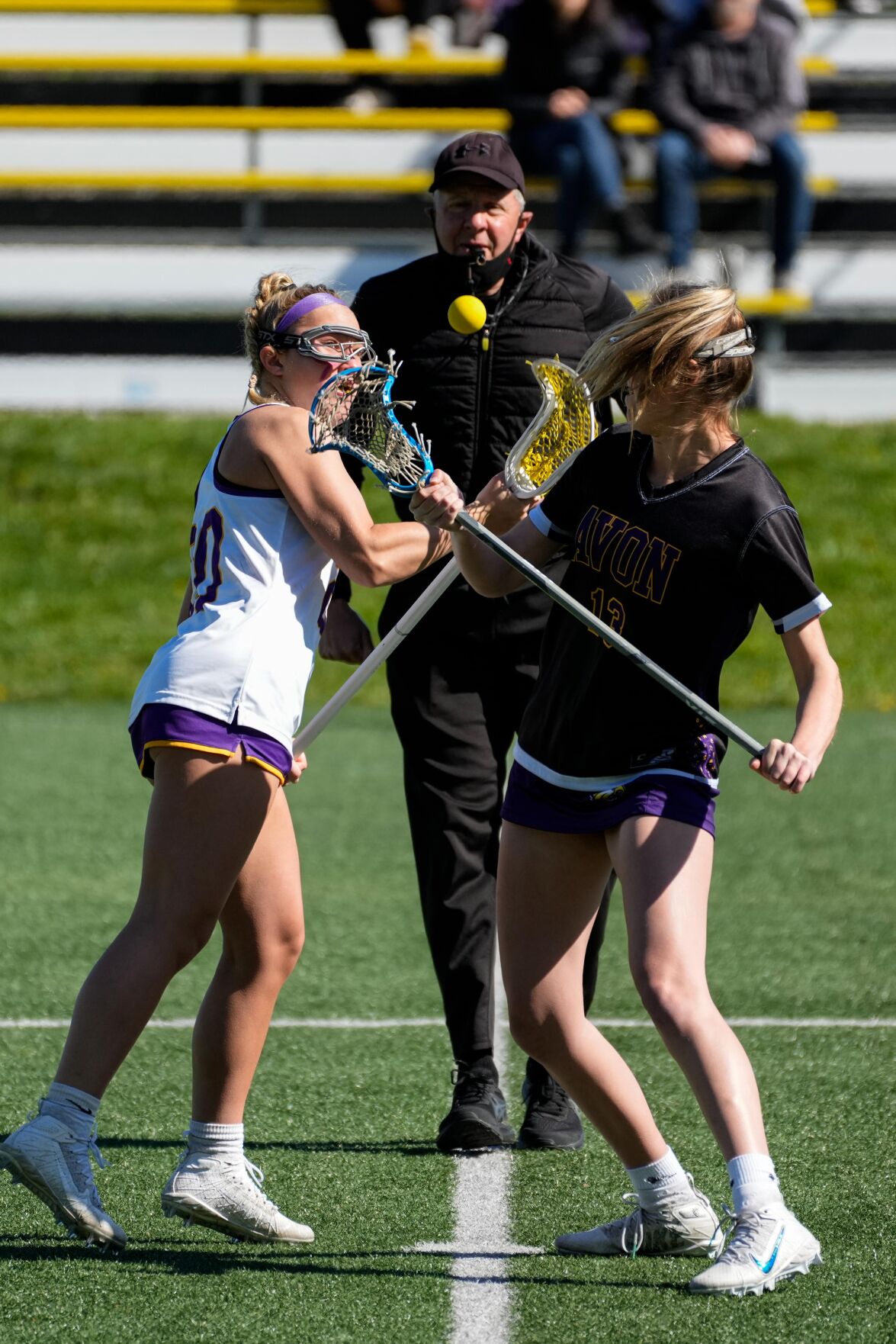 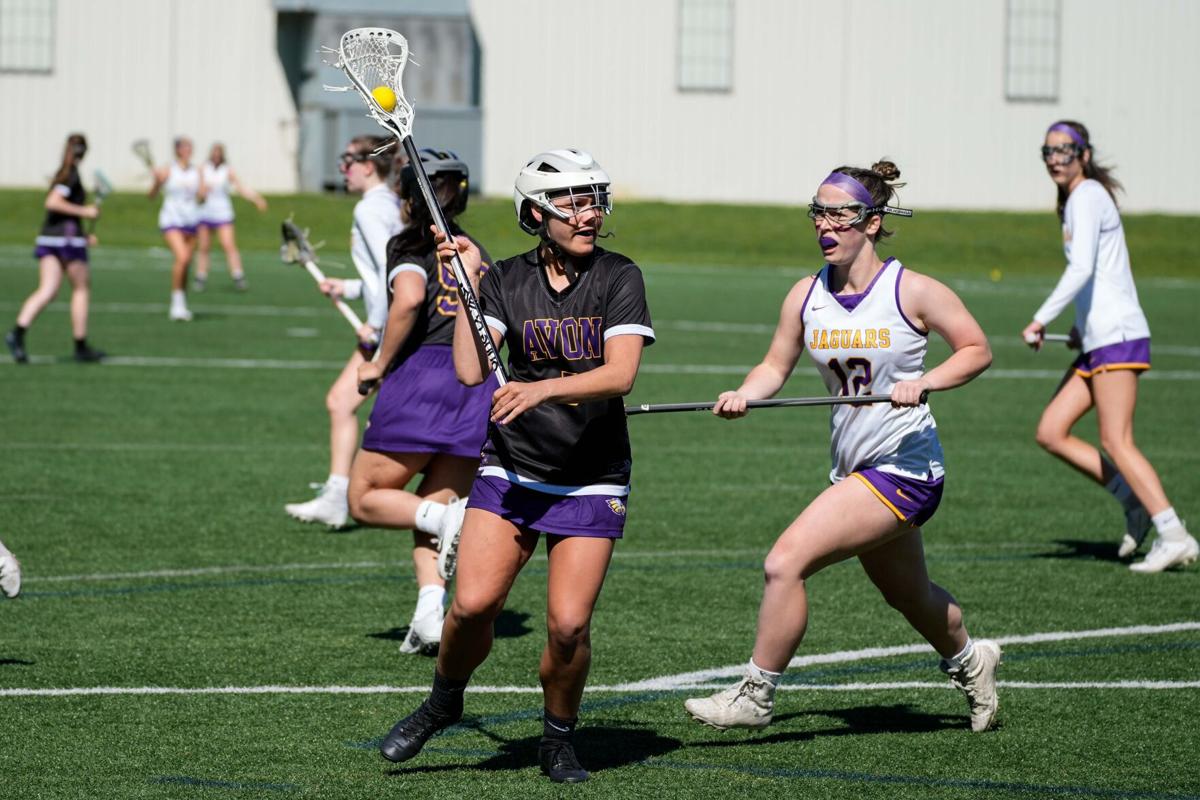 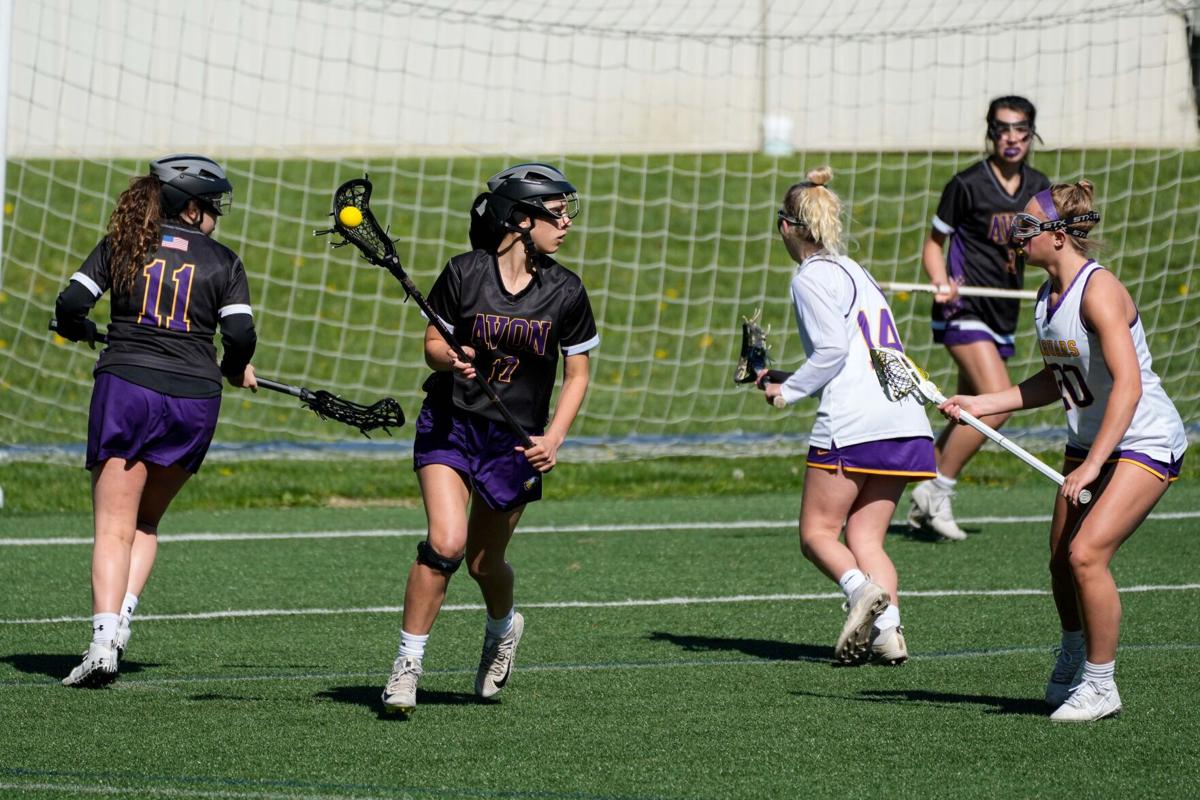 The Avon girls lacrosse team overcame a goal deficit in the last two minutes of regulation to tie St. Joseph Academy on May 1, then scored the game-winning goal with just over two minutes in the second sudden-death overtime to win, 11-10.

The Avon and St. Joseph Academy girls lacrosse teams renewed their rivalry at Lorain’s Lost Nations Sports Park on May 1, and it took two overtimes to decide a winner. The Eagles got two free position goals from Katie Beatty, one late in regulation to tie the game at 10, and another in the second sudden-death overtime, to win 11-10. The Eagles, currently enjoying the best season in program history, improved to 13-0, tying their 2019 win total.

The Avon and St. Joseph Academy girls lacrosse teams know what they’re in for when they meet each season.

On the picturesque morning of May 1 at Lorain’s Lost Nations Sports Park, all of the above proved true. In sudden death double-overtime, Katie Beatty’s free position goal with 2:19 left gave the Eagles an 11-10, come-from-behind victory over the Jaguars in a battle of two of the area’s top teams.

“Every time we play them, it seems to be an overtime thriller,” Eagles coach Todd Kortowich said. “It’s circled on our calendar every year. We know they’re going to come for us and we know we’re going to get their best. We like to see that kind of high competition level.”

Two of the last three meetings between them have required overtime, the most recent being in 2019. In fact, no head-to-head matchup in the last five seasons has been decided by more than a single goal. For the second year in a row in this burgeoning rivalry, the unbeaten Eagles (13-0) were able to celebrate at the end.

“The rivalry’s been going on since even before I got to high school,” said Beatty, who’s free position goal with 1:14 left in regulation tied the game at 10 and helped force overtime. “Freshman year (2019), it was the same situation, overtime, when we were clutch (in a 7-6 win). It’s always a nice atmosphere to have a rivalry. And every year we come to the table with neither team being better than the other.”

“The atmosphere is amazing,” she said. “It brings out the best in lacrosse and it goes back and forth and it’s aggressive. We love to play them every year.”

Beatty, a free position specialist with her combination of speed and shot placement, finished with a game-high six goals–four coming from that very scenario, awarded after a foul call on the opposing team in front of the net. Her first-half hat trick, combined with two goals from faceoff specialist Grace Santee and a goal apiece from Rachel Crumbacher and Nadia Benninghofen, gave the Eagles a 7-3 lead at halftime.

Staying true to form, the Jaguars (10-2) came out with renewed purpose in the second half and mounted a big rally. They scored seven goals in around 15 minutes–including a 4-0 run–to turn an 8-4 deficit with 20:31 left into a 10-9 lead with 7:30 on the clock. Grace Mattimore’s second goal of the half gave them their first lead of the day, and also proved to be the last time a ball would get past Eagles goalie Kyli Warnkin (12 saves).

In the second half, the Jaguars outshot the Eagles 12-5 in attempts on target and dominated possession, starting with a decided advantage in faceoff wins.

“I think we put a little more intensity in in the second half,” Jaguars coach Laureen Antall said. “I think the energy was stronger. We got better on the draw, boxing out (and getting possession)...Pushing the ball on the attack was something we talked about at halftime.”

Avon controlled the ball with just over three minutes remaining and probed for a game-tying shot until Crumbacher was awarded a free position attempt, which was knocked away by Jaguars goalie Susie McGowan (4 saves). She got another chance with 1:55 remaining and sent her shot over the net, though the Eagles were able to corral the ball and keep possession.

Beatty was fouled with 1:17 left and got the free position, but was fouled on three subsequent attempts, which led to a pair of Jaguar yellow cards that sent players off the field to the penalty area. With less traffic surrounding her, Beatty dashed inside and buried the tying goal on her fourth try.

“I know that my teammates were putting trust in me to get that goal, so after every time (I’d get fouled again), they’d help me back up and I’d try to get it in for them,” Beatty said. “You’ve got to protect your stick, because Joe’s is really good at crashing. I don’t enjoy being very close on the scoreboard, but I enjoy free positions a lot. It’s something we work on a lot.”

For the game, the Jaguars outshot the Eagles 22-15 on-net, including a pair of close calls in the first overtime that were snared by a fast-acting Warnkin. Sarah Scott finished with a hat trick and Elise Larsen added a pair of second half scores.

The teams, which entered their matchup with just one loss between them, appear poised for continued success as the season inches closer to state tournament time. They’ve largely mirrored each other since 2016, when both were still club teams working to gain varsity distinction. At 13-0, the Eagles tied the program record for win total, set during the 2019 season when they finished 13-8.

“At this point, when you see we’re 13-0, yes, I’d say my own expectations had been smashed a long time ago,” Kortowich said with a laugh. “And I’m okay with that.”

Avon will have another tough test tonight when it hosts Shaker Heights (9-2) at 7 p.m. St. Joe’s will wrap its regular season with a pair of tough games, first at surging rival Magnificat (12-1) on Thursday at 5 p.m., then at Lost Nations on Saturday at 10 a.m. when it faces Rocky River (9-2) in the regular season finale.