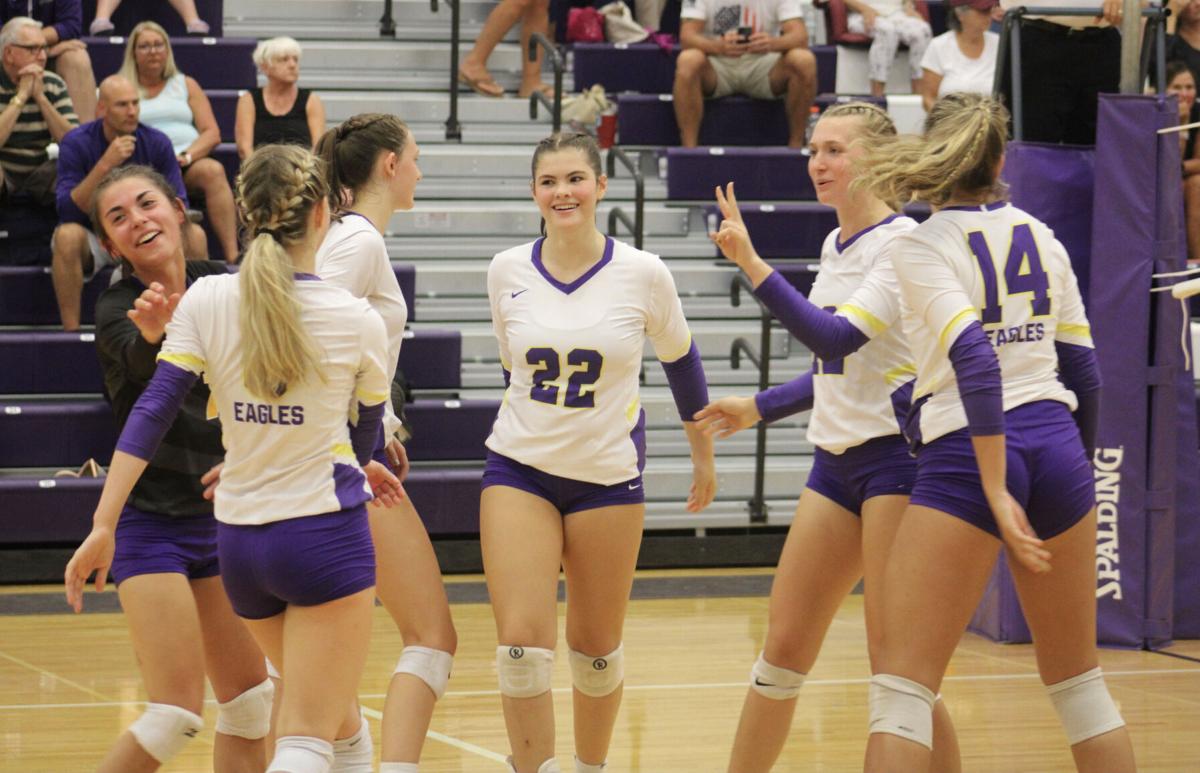 The Avon and Avon Lake volleyball teams renewed their rivalry in the Eagles’ gym on Aug. 24, with the hosts winning a hard-fought match 3-1. The Eagles only return a handful of starters from the 2020 roster, but still have a wealth of varsity playing experience as they seek their sixth consecutive Southwestern Conference championship. The Shoregals are a young team that has shown a relentless attitude through their first two matches. 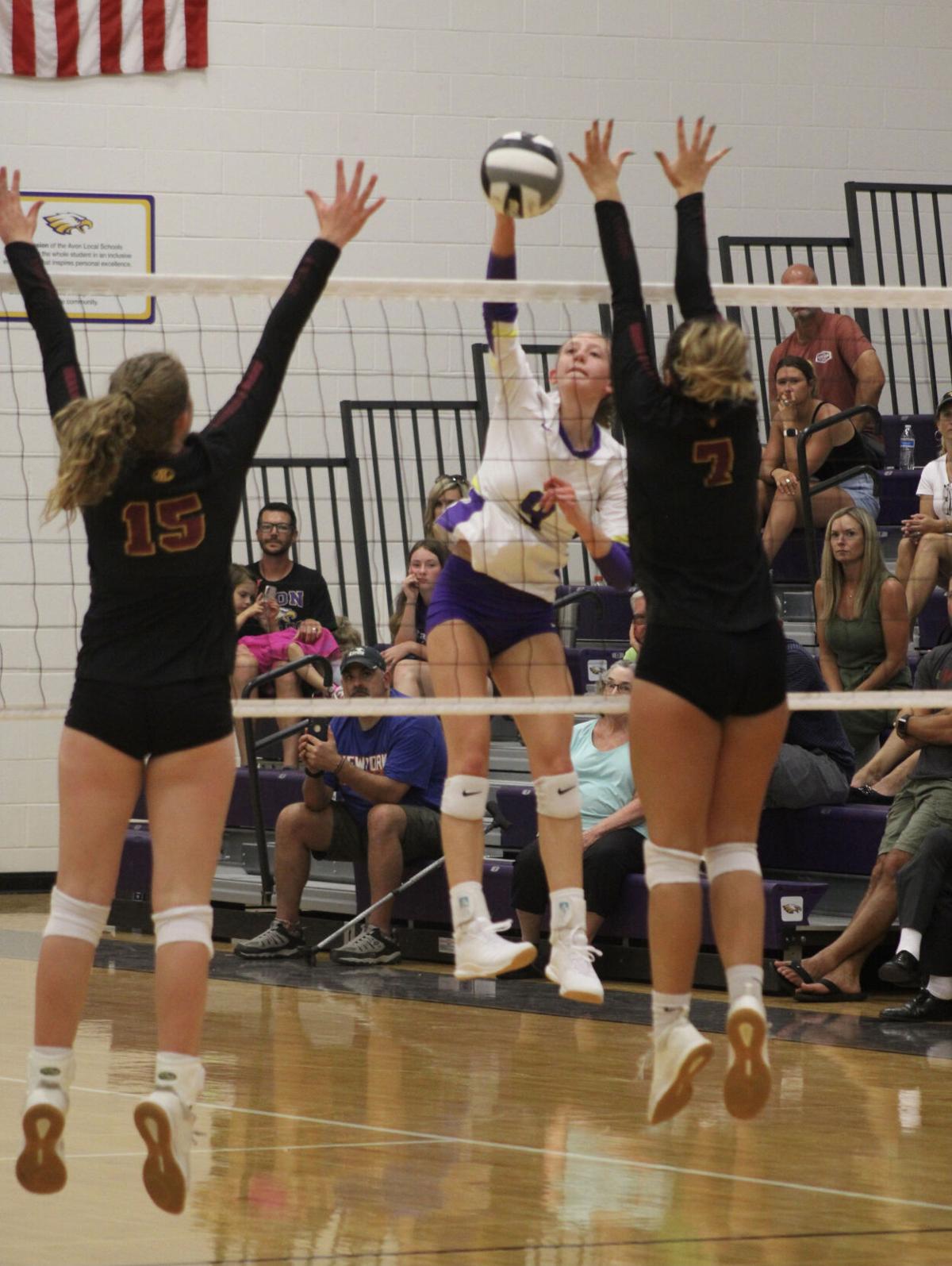 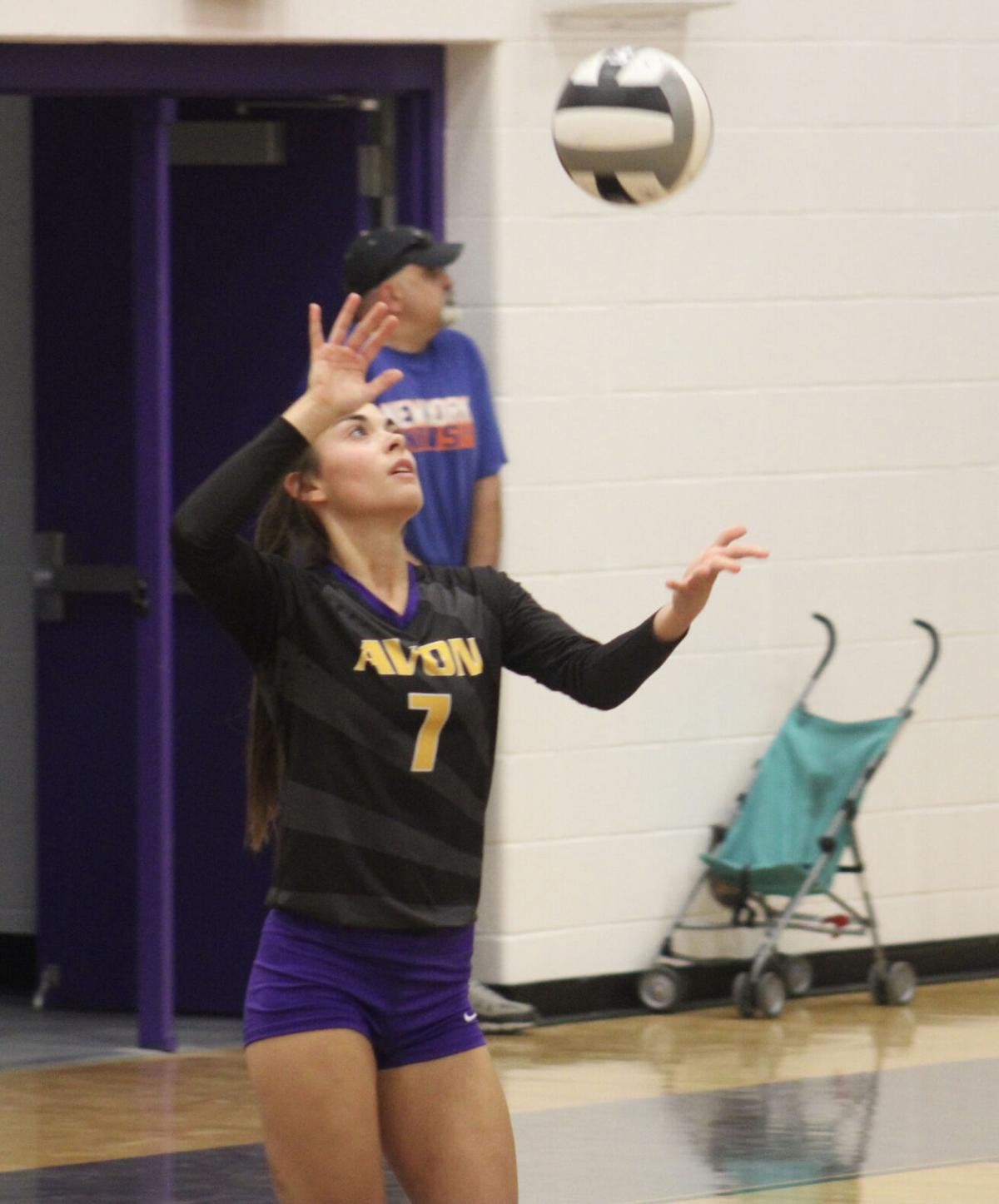 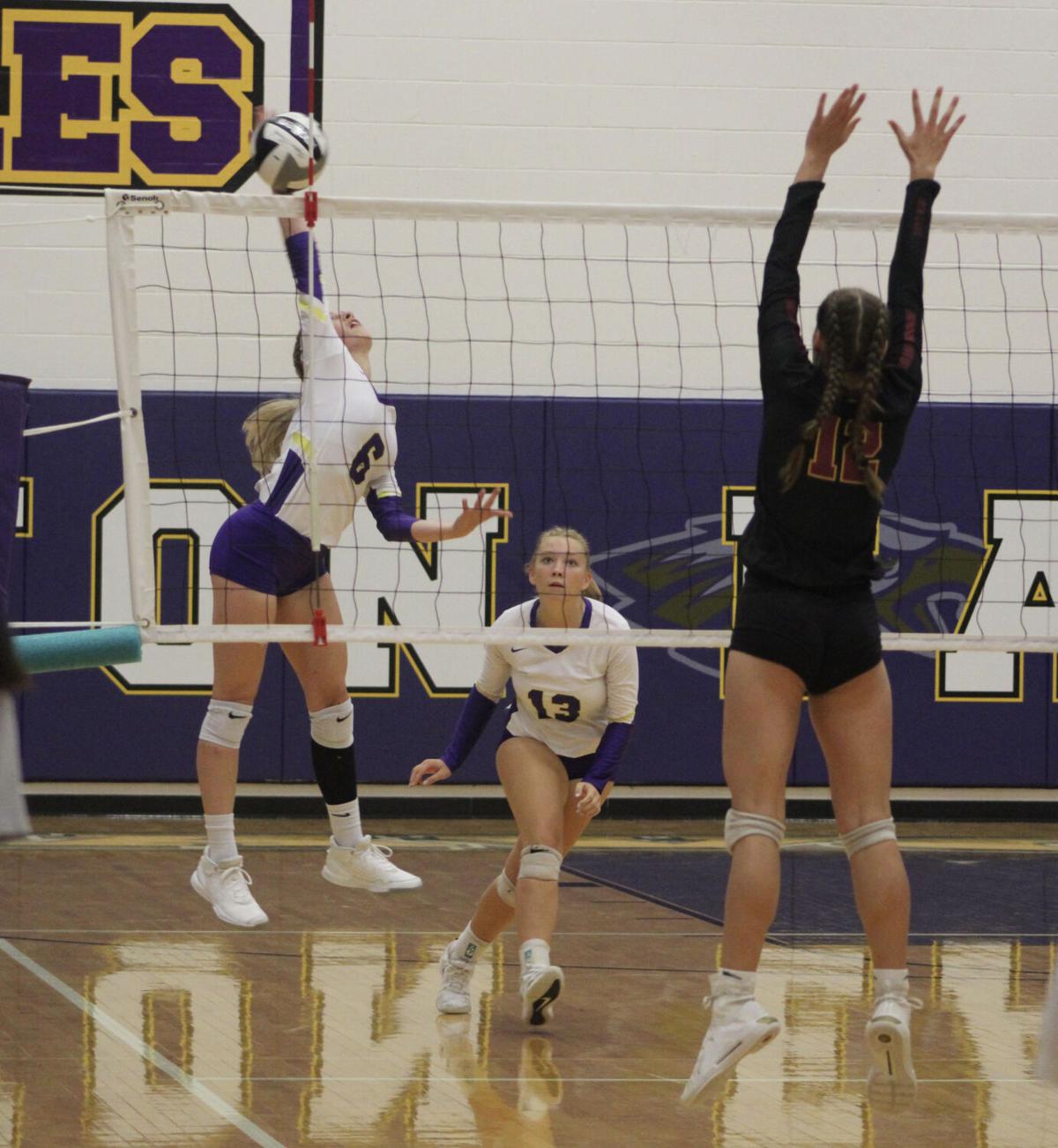 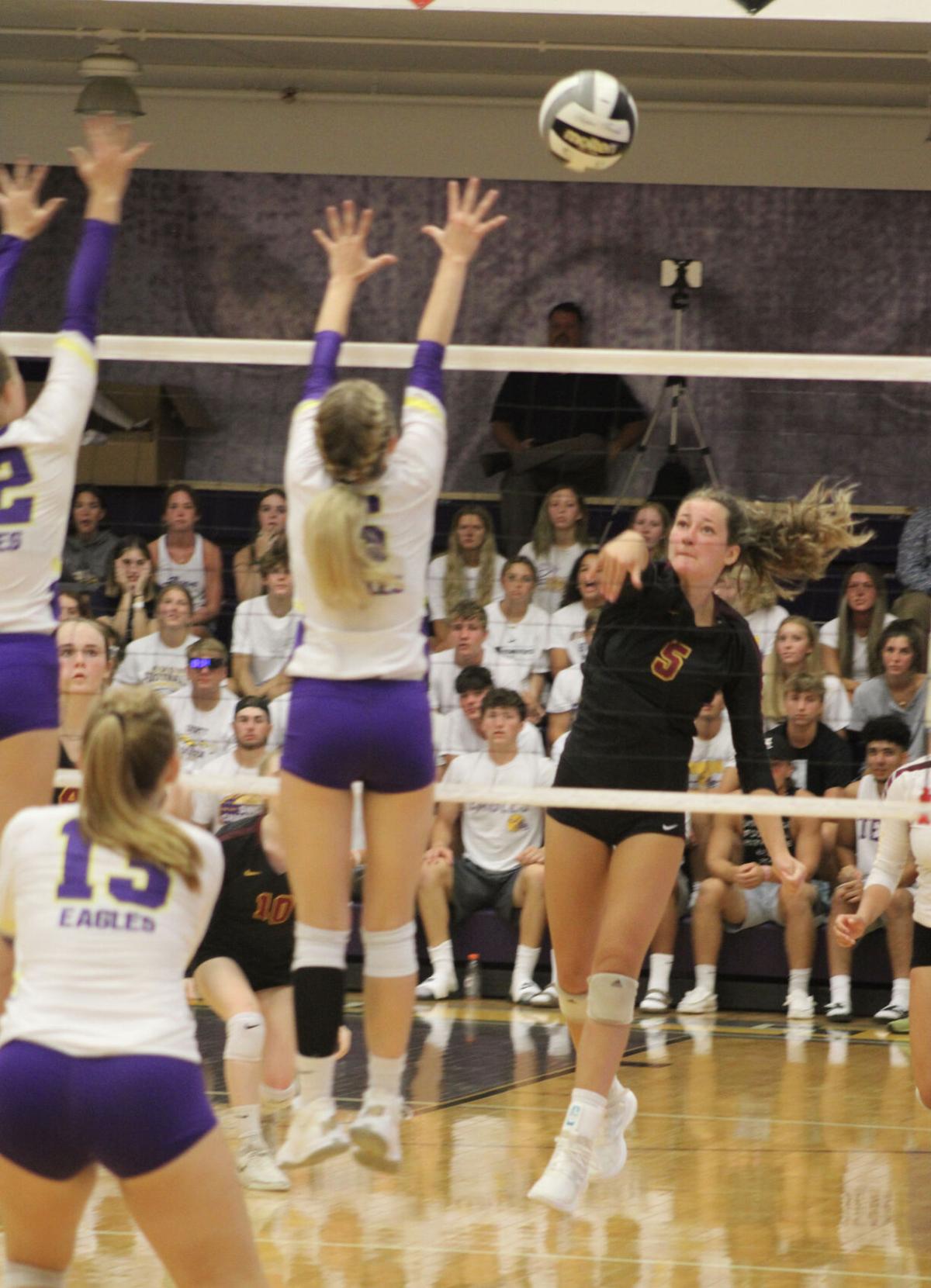 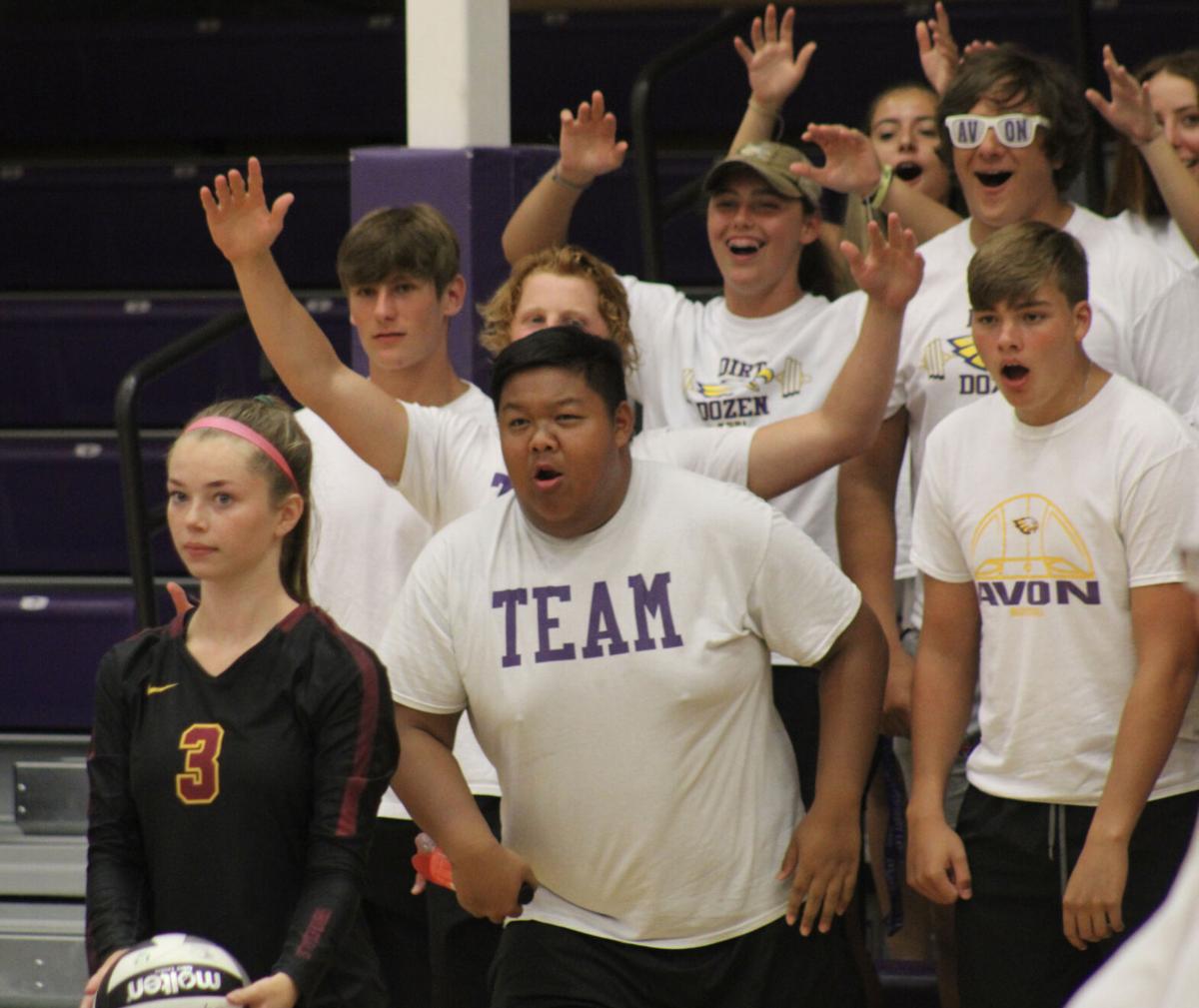 The Avon and Avon Lake volleyball teams renewed their rivalry in the Eagles’ gym on Aug. 24, with the hosts winning a hard-fought match 3-1. The Eagles only return a handful of starters from the 2020 roster, but still have a wealth of varsity playing experience as they seek their sixth consecutive Southwestern Conference championship. The Shoregals are a young team that has shown a relentless attitude through their first two matches.

Members of the Avon volleyball team know what’s coming before a Southwestern Conference match even starts.

When you’re part of a roster that has dominated conference play for a half-decade, you learn to expect every opponent’s best shot. On Aug. 24, visiting rival Avon Lake certainly provided that.

Opening the SWC schedule, the Eagles managed to fend off the Shoregals in four games, 25-23, 25-20, 19-25 and 25-20. But seemingly every point was hard to come by as the teams traded leads and momentum swings.

“Everyone comes out with their best game when they play us,” Eagles setter Emma Farney said. “They played really well, and we just had a few too many errors. That was a really good game, and every (opponent’s) going to come out fighting like that.”

Farney, a senior, was all over the court for the Eagles (1-1, 1-0 SWC), with 18 assists, 11 kills, 10 digs and 5 aces. Fellow seniors Jordin Kauffman and Alyssa Joherl had 4 blocks and 10 digs, respectively. Other key contributors were junior Avery Abfall (8 kills) and sophomores Grace Busold (13 kills) and Kamryn Danielson (14 assists, 5 aces).

That crew, along with seniors, Abby Maruskin, Mallory Korzen, Cassy Ziegler and Abbey Gerak, junior Emily Agostin and sophomores Audrey Lieux, Maddie Weller, Molly Drenik and Abby Christy are the latest to carry the weight of expectations for the Eagles, who have won the SWC five years in a row and have only lost one conference match since September of 2017.

The young Shoregals (0-2, 0-1 SWC), with three freshmen and two sophomores logging significant minutes, were hungry to become the second team to knock off the Eagles. The back-and-forth first game set the tone for what was to be a tough match.

“We know Avon doesn’t make mistakes, and if they do, they’re aggressive,” first-year Shoregals coach Shana Miocinovic said. “We knew coming into this that every point mattered, every touch mattered. We went into it being as aggressive as we could, and we executed 50% of the time. We’re a younger team and we made some young mistakes. We’re trying to find that click with your younger players.”

The teams managed yet another late tie, 16-16, in the third game before the Shoregals were able to outscore the Eagles 9-3 down the stretch to win, 25-19, with seven points scored off of Eagles miscues.

“Our effort is there,” Eagles coach Julie Bendzuck said. “All of the things that teams are scoring off of are things we can control, missed serves, missed swings, blocking errors, whatever it is. We’re in a good spot, but we need to work to get better at a few things.”

Avon found itself in the fourth game, using an 8-0 run to take a 24-14 lead. Refusing to go away, the Shoregals scored six straight points to make it 24-20, but a Danielson point ended the match and gave the Eagles their first league victory of the season.

“We were just communicating with each other really well (during the big run), calling shots, setting the right people, it just worked out well,” Farney said.

Avon will next host Olmsted Falls – which snapped its 57-match SWC win streak last October – on Thursday at 6:30 p.m. Avon Lake will host Amherst at 6:30 p.m.