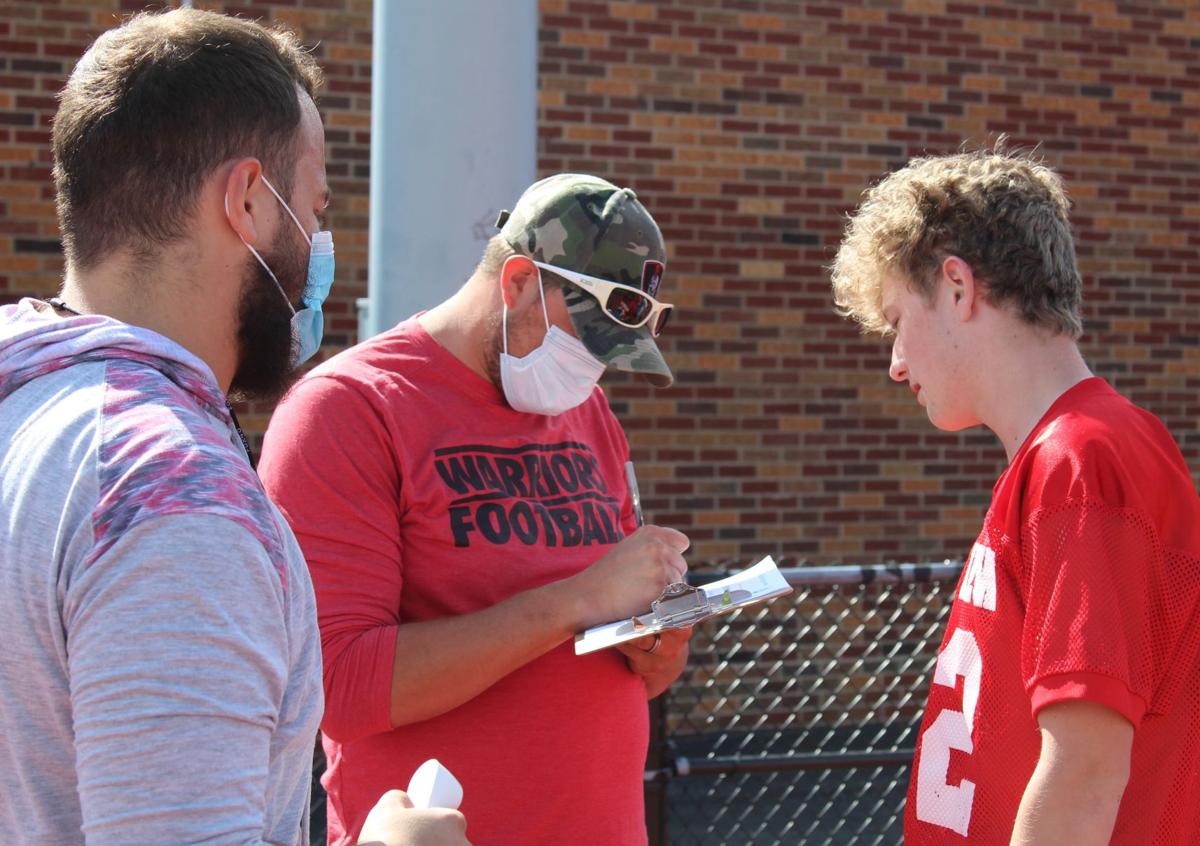 Sean McNamara gets his temperature checked before hitting the practice field. 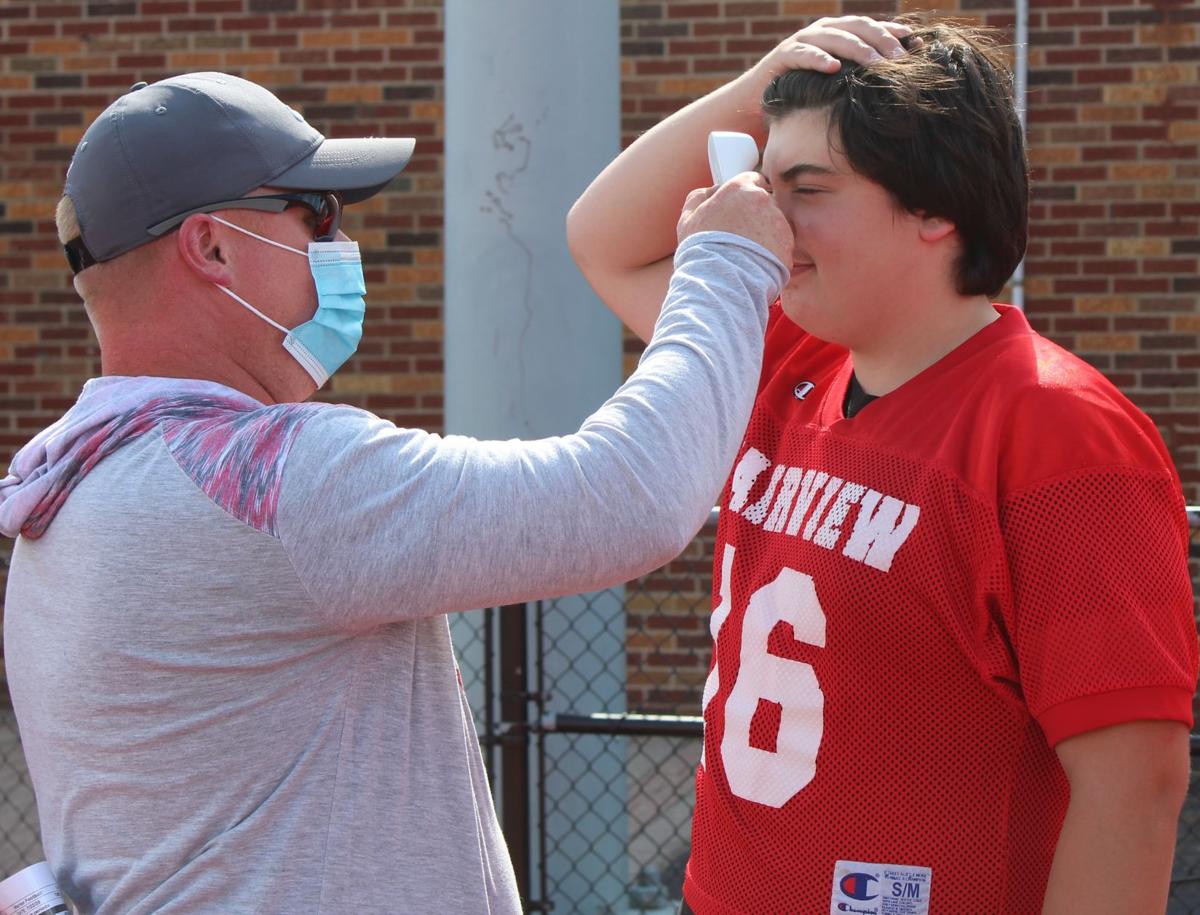 Coach Sean Ranc checks a temperature prior to a summer camp workout.

Sean McNamara gets his temperature checked before hitting the practice field.

Coach Sean Ranc checks a temperature prior to a summer camp workout.

After working his way up the coaching ranks for 11 years, Sean Ranc finally got his opportunity to be a head football coach, taking the job at Fairview High School last December.

He had one meeting with parents, and before he got a real opportunity to know his team, the shutdown due to COVID-19 took place. Until recently, Ranc had to deal with his team through Zoom meetings

“It's been a whirlwind.” Ranc said. “This hasn't been ideal for anyone. 2020 has been a challenge for everyone. I was trying to get to know the kids. I was trying to make myself available to them. I was living in the lunchroom, getting to know them.”

Area high schools began summer workouts two weeks ago with the state's approval. This is the third of three phases in which the athletes have been allowed to work out. In the first phase, groups of 10, made up of one coach and nine athletes, worked out using social distancing. In the second phase, it was increased to groups of up to 50.

Two weeks ago, Ranc finally got on the field with his entire team as the Warriors began their summer camp, which consists of 10 workouts. Summer practice will begin Aug. 1. The Warriors open their season at home against Lutheran West on Aug. 28.

“We really aren't far behind where we would have been,” Ranc said. “We were going to start practice a week ago.”

All teams take required precautions, including a pre-practice check of temperatures and symptoms. While not involved, team members must be separated, and each member must bring his own water. Coaches sanitize all equipment and items involved with practice.

“It's close to being normal,” Ranc said. “It's more paperwork and more legwork on our part. I'm just happy to finally be out here.”

But it wasn't easy getting to this part. After coaching at Rocky River for the past five years, Ranc is facing a rebuilding job with the Warriors, who went 3-7 in 2019. He got to know many of his players due to them playing basketball or wrestling and through his previous coaching job.

“At River, we played them for five years,” Ranc said of Fairview. “So there were five times I saw them play. I knew they were tough and never quit.”

Schools closed March 16, before he could organize off-season workouts with the entire team. Zoom meetings took the place of personal meetings.

“The kids were excellent,” Ranc said. “It was a good vibe. They were excited about what was going on. But no one could have guessed the shutdown would take place.”

Ranc said he is interested in building an overall football program at Fairview. Two weeks before opening summer camp, he worked with the middle school program.

Rocky River coach “Josh Wells did a great job of building up the youth and middle school programs,” Ranc said. “That's what I want to do. I learned a lot from him.”

Once the summer camp is completed, the Warriors will have some time off before summer practice starts. Scrimmages at Black River and Firelands and at home against Independence are planned.

Prior to the lockdown, Ranc said he'd planned a Scarlet-Gray scrimmage during a hometown community day. Other sports would be involved as well. Those plans have not been finalized.

“It all depends on what we can and can't do,” Ranc said.

It's been tough, but Ranc is preparing his team for the upcoming season.

“It's hard not to be face to face,” Ranc said, “but you have to play with the hand you're dealt.”

Brian Love is a freelance writer. He can be contacted at lakewoodoh2002@yahoo.com.