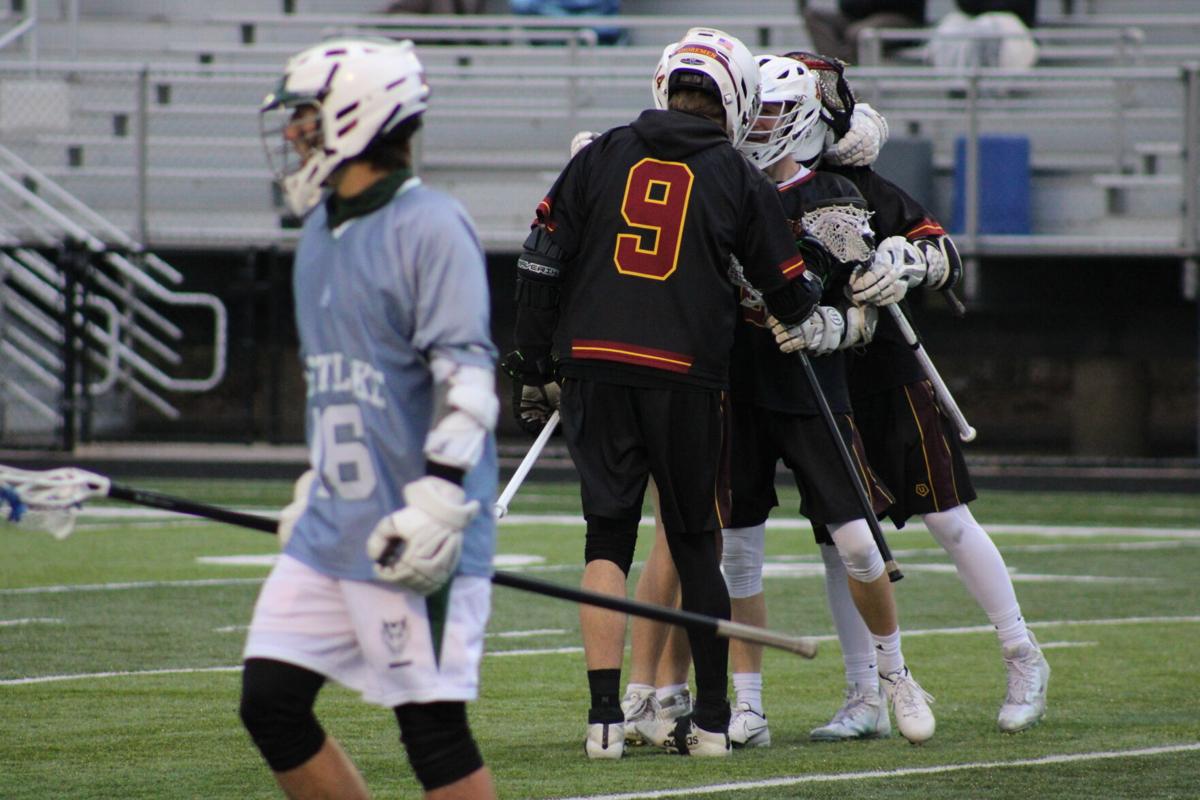 The Avon Lake boys lacrosse team used an early 4-0 lead to set the pace in an eventual 9-6 victory at Westlake on April 20. 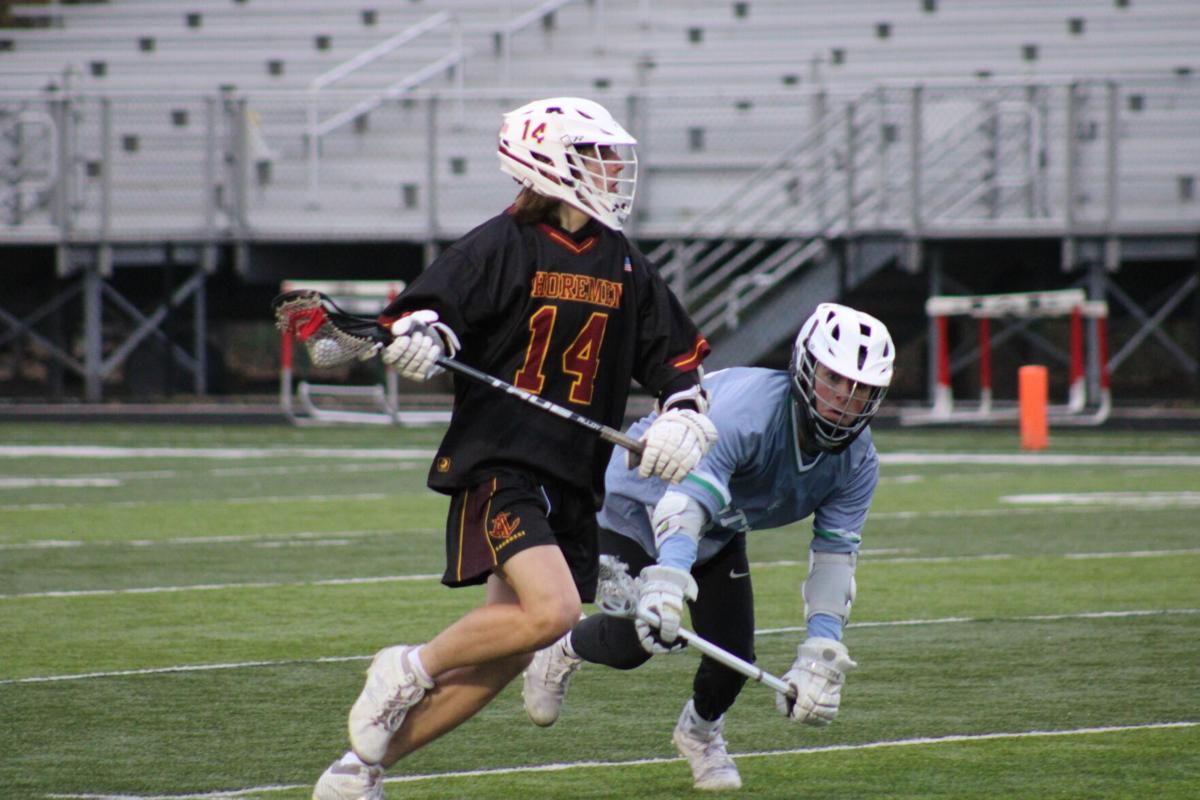 Avon Lake sophomore midfielder Keegan Rudduck scored a game-high four goals–three in the first half–to help lead his team to a 9-6 victory at Westlake on April 20. 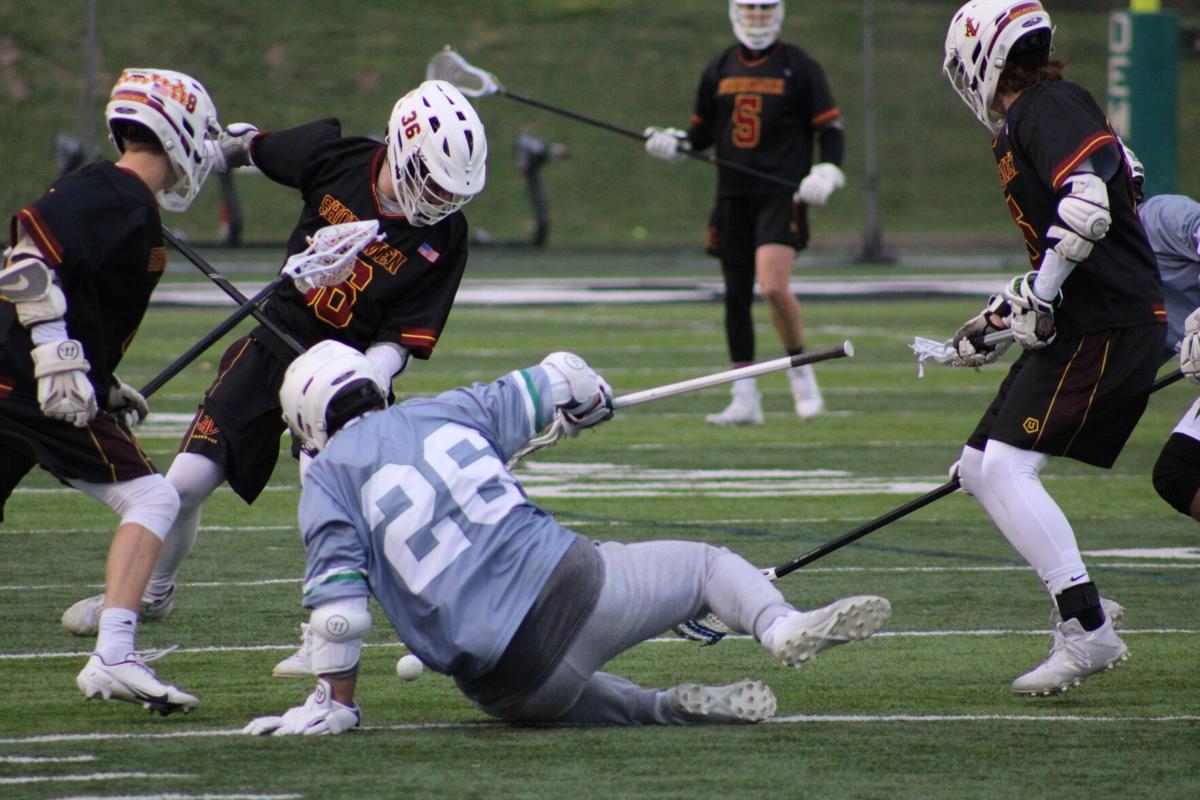 The Shoremen outshot the Demons 20-14 in attempts on-net during their 9-6 victory at UH-St. John’s Stadium in Westlake on April 20. 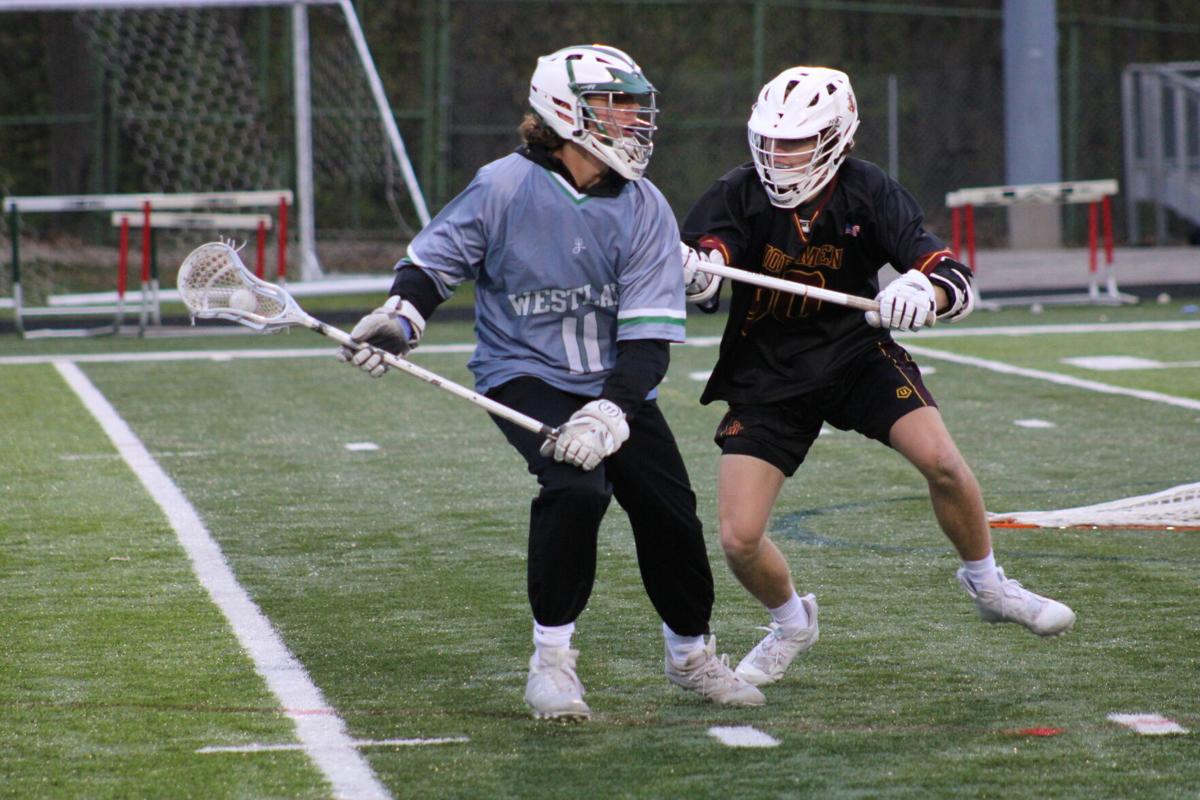 The Avon Lake boys lacrosse team used an early 4-0 lead to set the pace in an eventual 9-6 victory at Westlake on April 20.

Avon Lake sophomore midfielder Keegan Rudduck scored a game-high four goals–three in the first half–to help lead his team to a 9-6 victory at Westlake on April 20.

The Shoremen outshot the Demons 20-14 in attempts on-net during their 9-6 victory at UH-St. John’s Stadium in Westlake on April 20.

A battle with inconsistency at the offensive end has been waged by the Avon Lake boys lacrosse team since the season started in March.

On April 20, the Shoremen may have figured out how to win it.

They hung tough in the faceoff circle and took care of the ball against host Westlake, maintaining possession while patiently working it around the perimeter and probing for openings around the net. When those holes opened up, they struck.

The result was a decisive scoring advantage early on and an eventual 9-6 victory over the Demons at UH-St. John’s Stadium.

“I’d say it’s most definitely one of our best offensive nights of the season, if not our best,” Rudduck said. “We got a lot of open looks, a lot of feeds around the crease, a lot of open shots. We were just able to move the ball around better than we usually do, which was nice.”

Thanks to the efforts of Rudduck, a sophomore midfielder, the Shoremen (4-4, 4-1 Northern Ohio Lacrosse League) took control of the contest within the first seven minutes. Rudduck scored two of his game-high four goals with 10:27 and 9:24 left in the first quarter, respectively, and goals by Nathan Perry and Sam Leininger soon after gave the once-struggling team a boost.

After Lucca Bohan and Jack Klessel scored toward the end of the first quarter to cut the lead to 4-2, Rudduck and Sean Graney responded with goals less than a minute apart in the second quarter to put the Shoremen up four again, 6-2.

“That’s all we really wanted tonight, was possessions,” Shoremen coach Kevin Bresnahan said. “(Westlake) runs a lot of different zone defenses that we had to prepare for, and when (the shot) wasn’t there, we just left it up to some of our middies, like Keegan Rudduck who got us some goals early and had some nice dodgest. We’ve struggled with offense recently, so it was good to get on a roll.”

The Demons (5-3, 3-2 NOLL) started to settle in before halftime, and held the Shoremen scoreless for an 18-minute stretch that bled into the late third. Klessel and Tyler Alexander each scored to pull to within two, 6-4, with 1:34 left. But Broc Buchanan reignited the Shoremen attack in the final minute with a goal for a 7-4 advantage.

Joe Brown’s score with 3:10 on the clock pulled the Demons to within two once again, 8-6, in the fourth quarter. Buchanan responded with a goal off of a lengthy possession with 1:07 remaining that sealed the win.

“We’ve turned the ball over a lot this season, but tonight it felt like we weren’t dropping the ball as much,” said Shoremen faceoff specialist Brogan Burns, who helped generate many of those key possessions for his teammates throughout the evening. “Keegan, he was putting on shots. We looked good.”

For the game, the Shoremen outshot the usually-potent Demons 20-14 on-net. Despite winning five of their first eight games, Demons coach Brian Stepanek is still waiting for his team to play its best and most consistent lacrosse.

“We keep finding new holes to dig ourselves, and we managed to lose the game in one quarter tonight,” Stepanek said. “We weren’t ready to go tonight, and that starts with me. Even in the games we’ve won, we haven’t been able to put four quarters together.”

Westlake will host Bay tonight at 7:15, then travel to Cuyahoga Falls on Saturday for a 7 p.m. game. Avon Lake will host Olmsted Falls on Thursday at 7:30 p.m., then welcome Mentor at noon on Saturday.