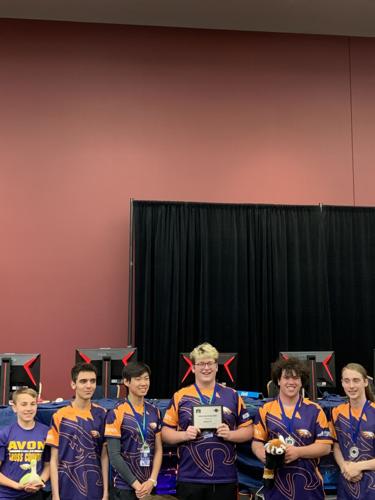 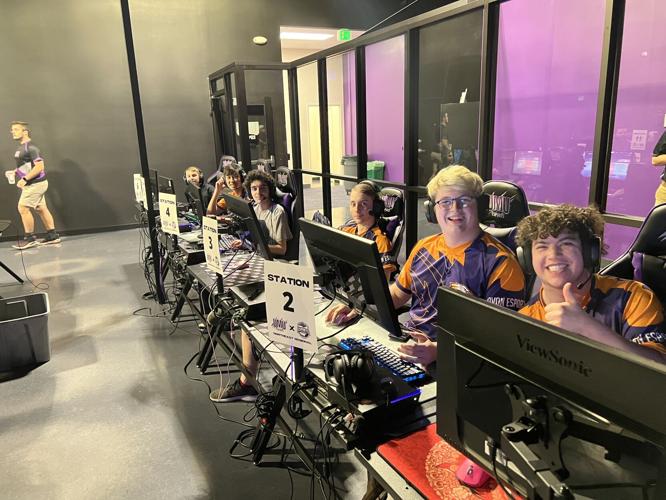 On the way to state, Avon’s Valorant team claimed a regional championship at the University of Mount Union. 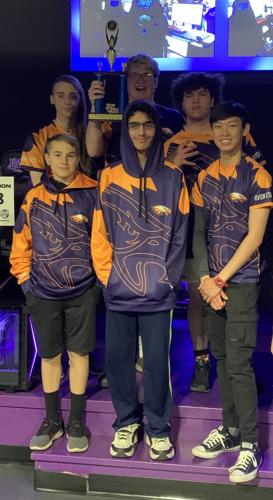 While regular season contests in the Esports Ohio league were held remotely this spring, the regional and state tournaments were conducted in-person at the universities of Mount Union and Akron. 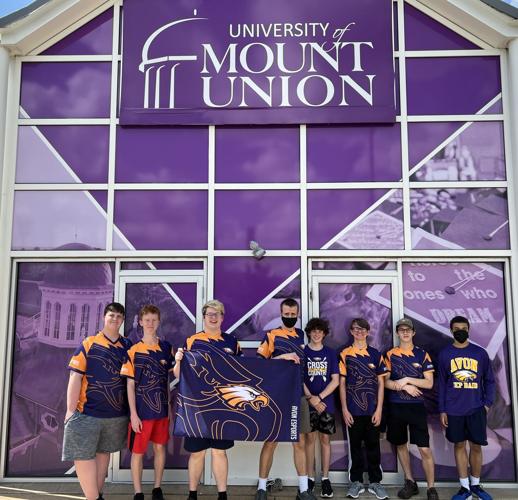 On the way to state, Avon’s Valorant team claimed a regional championship at the University of Mount Union.

While regular season contests in the Esports Ohio league were held remotely this spring, the regional and state tournaments were conducted in-person at the universities of Mount Union and Akron.

The inaugural esports season at Avon High School far surpassed the expectations of everyone who picked up a controller.

Playing out the spring season as a member of the Esports Ohio league, the Eagles advanced teams in two different multiplayer games to its regional tournament at the University of Mount Union. On June 19, one of those teams finished as a state-runner up at the University of Akron.

The crew of Eddie Rak, Henry Croft, Wisam Elmogaber, Jeremy Planisek, Grady Richwalskt and Gedd Meridores took on an established power in Dublin Coffman in the state championship Valorant match and fell short, but still managed to set a high bar for an Eagles program that is poised to grow ahead of the ESO’s fall season in September.

“We were excited to even make it to state,” said Rak, a recently-graduated senior who will head to Bowling Green State University in the fall to help launch its esports club. “A lot of the time, we were shocked we were able to handle some of these teams that were established for a while. We were grateful to even get a chance to play the teams there. We were out of our comfort zone, but we were having fun the whole time.”

After one season, Valorant has emerged as the Eagles’ best game. In the ESO, regular season contests are played in a two-game format that increases to three during the playoffs. In the first-person shooter, teams of five choose a character and weapons and are tasked with either attacking or defending the opposing team’s home point on a map – something similar to capture the flag. The first team to win 13 rounds takes a game.

According to Planisek, a junior, the Valorant team meshed right away, which led to a 6-1 regular season this spring and the eventual state trip.

“The five of us gelled almost instantly,” he said. “We were playing a scrimmage against one of the other teams, and I just remember when we were sitting in our computer lab, all spread out, playing on different PCs, but we were having a ton of fun. We had this form of synergy where everything was working.”

The club played most of the season remotely, but also bonded over practice sessions held in the high school’s computer lab, where members supplied much of their own equipment, like keyboards, mice, controllers, headsets and even the Nintendo Switch game systems that were used to play Super Smash Brothers. The lab’s monitors were just powerful enough to display the games, though not always smoothly.

“There were no game-dedicated computers,” Planisek said of the lab. “The monitors were only about 60Hz, when the monitors we were using at regionals were 165 at the least, so we were able to put up this insane performance and push ourselves this far in the season with those setups. That’s massive going into next year.”

After attempts over the past three years to start an esports team at the school, Paul Sharaba was able to get it off the ground. An engineering, computer science and math teacher who just wrapped up his first year in the Avon district, he organized an official team meeting last fall that received interest from 60 students. Ultimately, rosters were focused around just a handful of games.

“What amazed me was the wide range of students that would come out to play,” Sharaba said. “I have some kids who were working around their athletic schedule. I had some kids where this was the only sport they’ve actually done competitively. The one thing I notice now is the sense of community between players.”

The ESO boasts 115 teams from every corner of the state, though there are relatively few within a short drive of Avon. St. Edward, Vermilion, Oberlin, Medina, North Royalton and Holy Name currently make up that list. A league created and administered by teachers, the ESO is currently in talks with the Ohio High School Athletic Association to sanction its state tourney and secure funding.

“If you would’ve asked me before COVID (if esports would grow so much), I would’ve said no,” Sharaba said. “I would’ve been surprised. But once COVID hit, and streaming started blowing up more and more because everybody was stuck at home, now, I would say no, I’m not surprised.”

“All these kids kind of got forced into finding new ways to entertain themselves,” he said. “A lot of these kids now just watch streams to see other people game. I think COVID had a big impact on that. If I was still in high school and this was an option, I probably would’ve done it.”

Sharaba explained the last year of putting the team together as “building the plane while we were flying it”. His chief goal was to have a team ready to play by the spring, and that goal was accomplished.

Now, the Eagles are hungry for more.

“I think we have a really good chance to continue being one of the best teams in the state,” Rak said. “I don’t think this was a fluke year. There’s a bunch of freshmen who have been playing a bunch this year just so they can rank up and play varsity next year. I’m really excited to see what the competitive drive of all the peers I’ve had will impact the club’s ability to succeed.”

Streams of their games can be found on the Avon Esports Team YouTube channel, and they maintain social media accounts at @AvonEsportsTeam on Twitter and avonesportsteam on Instagram.