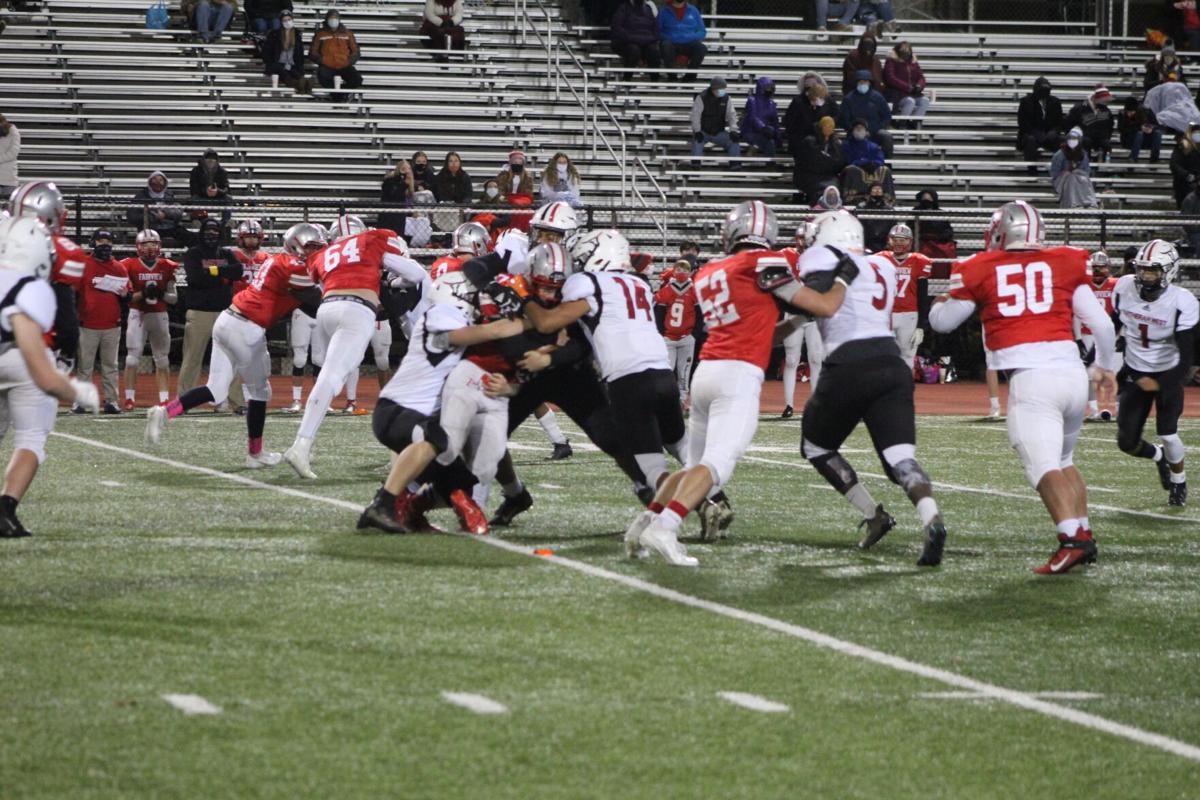 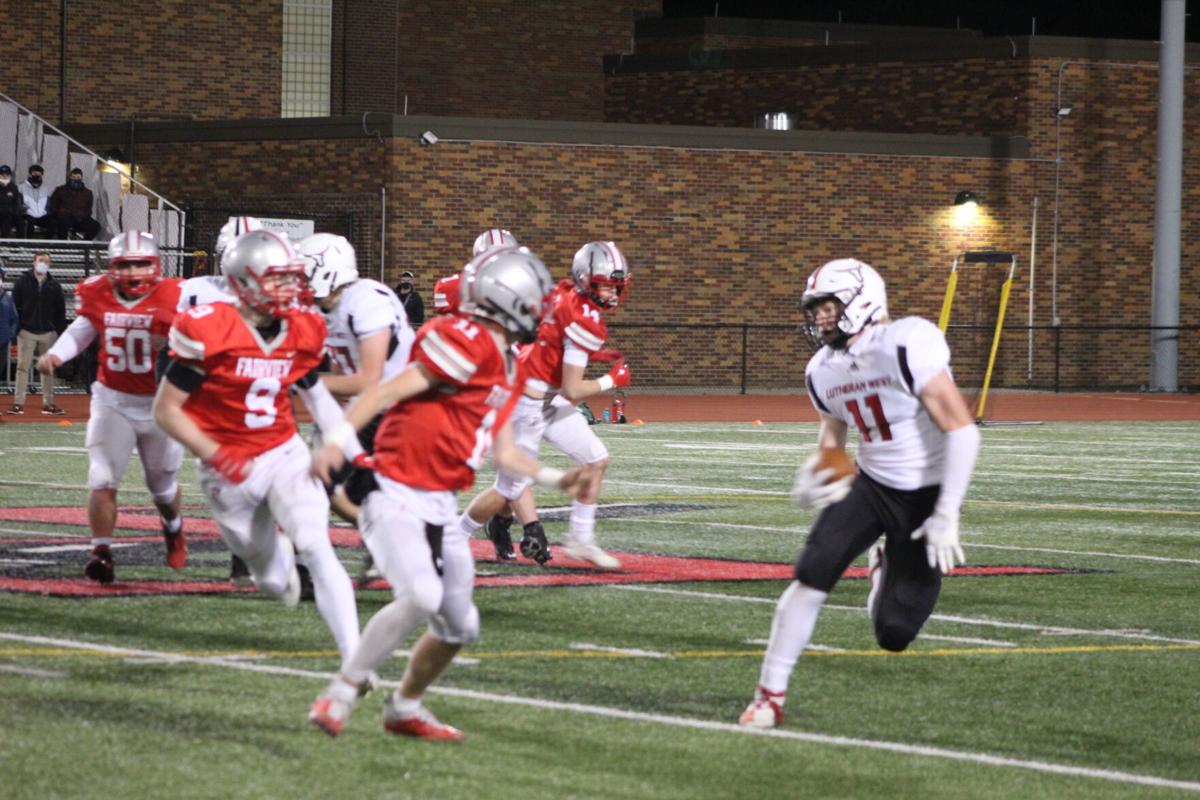 Jacob Parrella, shown on a first-quarter reverse, scored on an 11-yard touchdown pass in the final period

Jacob Parrella, shown on a first-quarter reverse, scored on an 11-yard touchdown pass in the final period

Lutheran West had to overcome a lot in the 2020 football season, facing a complete rebuild and all of the uncertainty that COVID-19 brought to the high school sports world.

But in beating the Fairview Warriors 40-7 last Friday, the Longhorns showed that next season ought to be interesting for their fans.

“This was a great team win,” coach Frank Petroff said after watching his team improve to 4-5. “I am proud of this football team, our coaches. It's been a tough process. There were times we didn't even know if we'd have a season.

“We have a lot of young guys. They grew up, matured as the season went on. We played a tough schedule, and I'm just very happy with this football team.”

Among his young players is Eddie Lewis, a junior running back who gained 214 yards on 19 carries. He scored three rushing touchdowns and had another on defense, returning a fumble 12 yards for a score. He also had a 65-yard touchdown run called back on a hold.

Lewis credits others for his success this season.

“We had a great bunch of seniors,” Lewis said afterward. “We were blessed to have them. They were the best.

“I worked hard with a friend of mine (Eddie Starks of Valley Forge.) He and I pushed each other all summer. We worked hard every day.”

Meanwhile, the Longhorn defenders were playing just as impressively, holding Fairview (2-7) scoreless until the final 39 seconds of the game when Gavin Jennings bulled in from the 6 for the Warriors only points. Lutheran West recovered four fumbles and had two interceptions, while Joe Dotson, Michael Reddick, Jack LaPointe, Elie Burns, Grady Walker and company bottled up the Warrior offense.

“Turnovers early got us in a hole,” Fairview coach Sean Ranc said. “They brought pressure against us from so many places.”

In fact, it was a defensive score that opened the Longhorn scoring. After a short gain, Jennings had the ball taken away from him by Burns, who then sprinted 35 yards untouched for the score with 1:42 left in the first half. The extra point by Tyler DeSimpelare gave the Longhorns a 7-0 lead.

“I punched the ball,” Burns said. “I just grabbed it, and I didn't see anyone there, and I took off.”

Fairview had an opportunity to score on the next drive, but Jennings, after a 34-yard run, had the ball stripped from him before reaching the end zone.

Instead, the Longhorns built a 14-0 lead by driving 80 yards on nine plays before Lewis scored on a 15-yard run with 8:44 left in the half.

Lewis' second touchdown came on the next play by the Longhorns, when he broke loose on a 41-yard touchdown run. DeSimpelare's extra point gave the visitors a 21-0 lead with 6:48 left in the half, a lead maintained at halftime. Lewis did have a 65-yard scoring turn called back due to a penalty before the half ended.

Lewis' third touchdown came on the opening drive of the third quarter, when, on the third play, the junior back scored on a 58-yard run. One of the few miscues by the Longhorns took place when DeSimpelare's extra point was blocked.

The lead was increased to 33-0 with 51 seconds left in the third period when Fuentes threw one of his few passes, connecting with Jacob Parrella on a 11-yard scoring play. The two-point conversion failed.

Lutheran West's final score came with just 2:55 left in the contest when Lewis returned a fumble 12 yards for a touchdown.

On the next drive, the Warriors covered 67 yards before Jennings scored on the 6-yard run.

Jennings finished with 74 yards on 16 carries. Sean McNamara completed 12 of 24 passes for 156 yards.

Fairview finishes the season next week against Normandy, a team the Warriors defeated 14-0 to open the season.