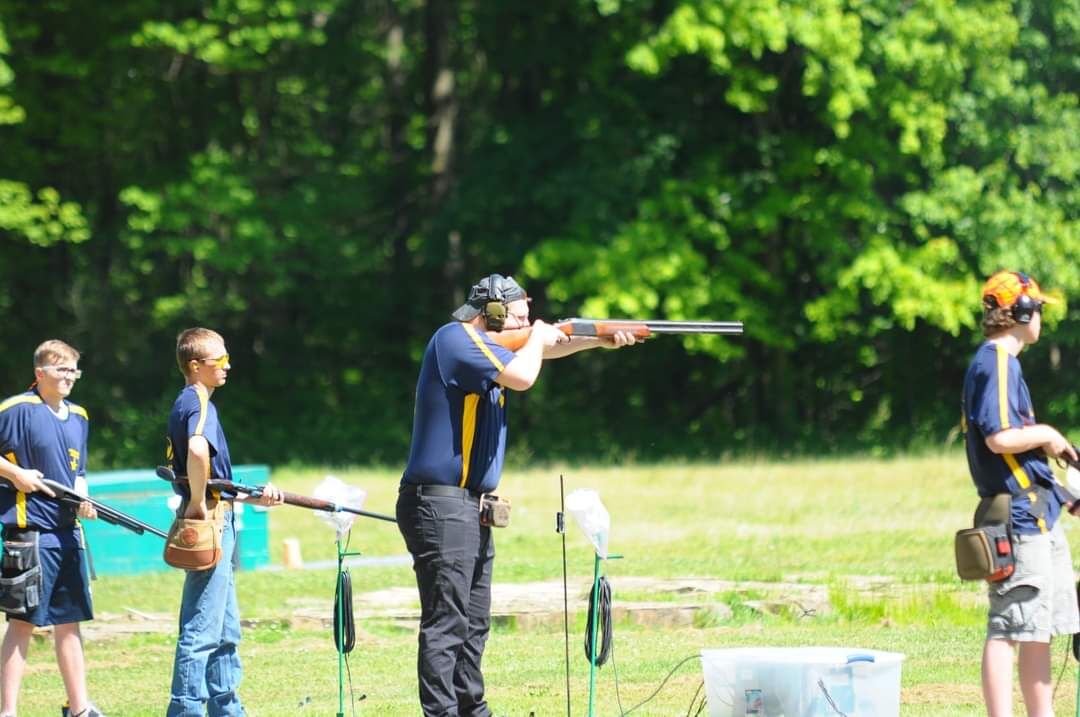 Members of the North Ridgeville trap shooting team practice with coaches at the Sportsmen’s Gun and Reel Club in Lorain. 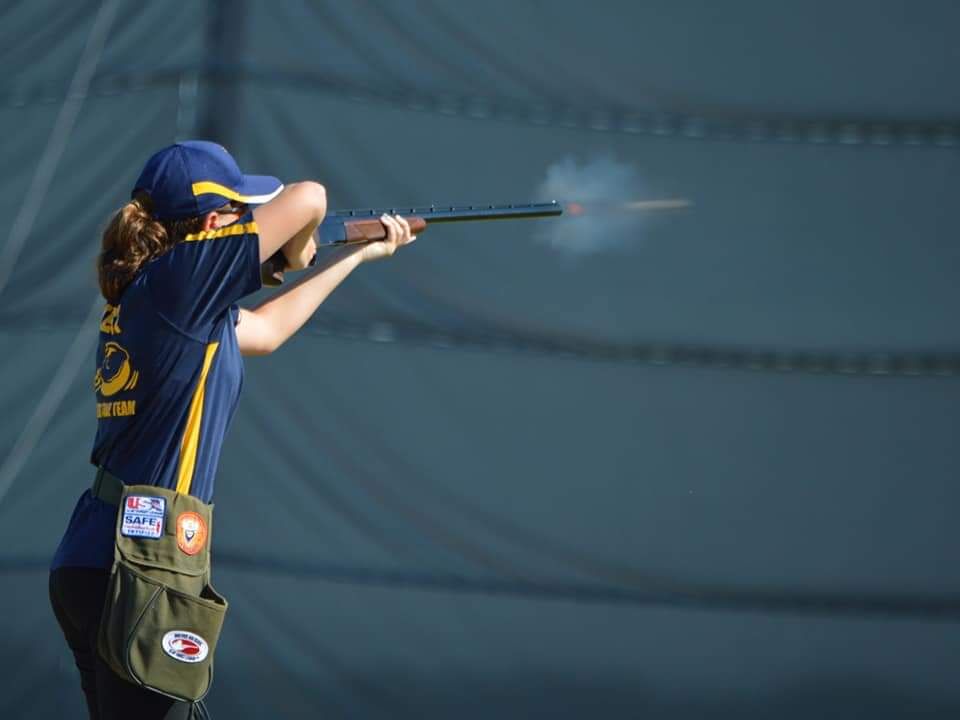 Members of the North Ridgeville trap shooting team practice with coaches at the Sportsmen’s Gun and Reel Club in Lorain.

He calmly signals for the launch of a disc from a machine 16 yards in front of him. The clay trap, which measures about 4 1/2 inches in diameter and is meant to simulate the movement of a bird, flies into the air at 42 mph, moving up to 17 degrees to the left or right in a given pull. He times his shot, aims and makes a direct hit. The trap explodes into fragments in midair. He does it over and over again, rarely missing.

Such is the nature of trap shooting, one of the nation’s fastest-growing high school sports. North Ridgeville, the only team of its kind in the region, features some of the best marksmen–regardless of age or gender–in the state.

“The coaches were very generous (the first time I came out) and let me use a dedicated trap gun, and I did decently for my first time,” said Hogue, who’s only prior experience was shooting his father’s shotgun at a still target before his eighth grade year. “I was just kind of hooked from there. As soon as you crest the little hill on the way in (to the range), the worries of the world melt away and you can just focus on the clays.”

The Rangers program, created by Cleveland Clinic doctor Grant Comnick in 2017 after he saw a team operate during a trip to Minnesota with his son, Isaiah, has become a state powerhouse in the years since, attracting an increasing number of students in grades 8-12 and racking up victories while playing two seasons per year–one in the fall and another in the spring. The team has grown thanks to a combination of word of mouth and advertising in and around the school.

They compete in the Ohio State High School Clay Target League, consisting of 15 schools, and have three consecutive first-place finishes, the most recent coming in July. The COVID-19 pandemic led to the spring schedule being moved to the summer, and some schools opted not to participate. The state championship, annually held in Columbus, was canceled.

Just 10 years ago, there were a total of 13 teams, all in Minnesota, that comprised the sport’s national body, the USA Clay Target League. As of 2019, 25 states had trap teams, with more than 1,000 teams and 30,000 students participating.

“I started with just me and my son, then got approval from the school (to start a team),” said Comnick, who also serves as a coach and administrator for the program. “Then we had to get the word out there. You have to have five kids to start a team, and we ended up with 19. We’ve just gotten lots of interest.”

With the 2020 fall season set to begin Sept. 14, the Rangers marksmen have been hard at work preparing, showing improvement at a sport that takes a lot of patience, as well as a lot of ammo, to master.

“I probably practice out here about six hours a week”, said sophomore Vanessa Donato, who took up trap shooting in eighth grade. “It probably takes about 1,000 shots (to feel comfortable). I know that sounds like a lot, but it honestly isn’t. After awhile you just get used to it, and the more you shoot the better you’ll get.”

The Ranger roster is young, with many of the team’s top shooters entering the year as sophomores or younger. And experience varies. Freshman Juliana Clark, one of the team’s standouts, has experience in handling firearms that predates her joining the North Ridgeville team, while others like Hogue and Donato were relatively green before joining.

Still, the team has been successful for most of its short existence. The inaugural roster featured 19 students, then 31, and ballooned to 51 in the fall of 2019. And students from other schools have been allowed to join. The Rangers have welcomed shooters from Avon, Rocky River, St. Ignatius, Midview and Wellington, with the latter two in the early stages of forming their own teams.

“It just kind of shows the interest level is high, and that’s good,” Donato said. “This sport is very unique; it’s not like football or baseball that everybody wants to try. It’s so different, but it’s so fun because you’re doing it for yourself, but also for your team.”

In order to take part, completion of safety training–both online and at the range–is required. Every shooter must supply his or her own equipment, including protective gear, ammunition and the shotgun itself. Coaches–the Rangers have 12–must take a training course to be certified to run a team.

In competition, each member of the team shoots at a total of 50 targets, in increments of 25. There are five positions each shooter rotates to, with five shots being taken from each position. The OSHSCTL awards points based on the number of targets hit compared to other shooters.

In the five-week spring season, the Rangers rolled over the other six teams in the field, scoring 694 total points on the way to the league title. Albany Alexander came in second with 575.

“We have some very good (shooters),” head coach Terry Rogers said. “As a coaching staff, we have a really great time working with the kids, and the kids enjoy the sport.”

The fall season promises to run on time, and trap shooting is uniquely positioned to function during a pandemic that has made existence uncertain for virtually every other high school sport. Shooters are already required to stand eight feet apart when on the range, and masks are worn during person-to-person interaction. Competitions are held outside in all types of weather and opposing teams don’t have to mingle, each logging their 50 shots from their home ranges. Teams input their scores into the league Website once they finish, and each school can pick which day it completes its shooting. A league week runs Sunday to Saturday.

The Rangers get together on Sundays at 3 p.m. during the season to complete their requirements, never having to leave the confines of Sportsmen’s Gun and Reel.

“We space out (on competition days.) We close the pavilions. We close everything down where you can’t congregate together,” Rogers said. “We maintain our safe distance that way.”

For the Rangers, the range remains a haven.

“It’s really fun, and you can make a lot of friends while doing it,” freshman Lilly West said. “It’s a team sport and a self sport at the same time...All the people are really nice and the coaches are really helpful.”