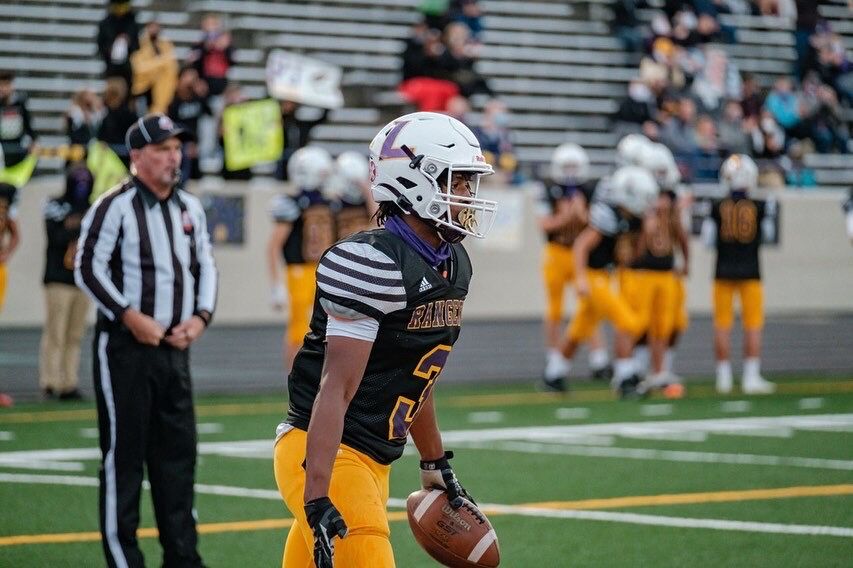 Lakewood junior Hakeem Quran is one of the players helping to lead Lakewood’s football program back to sustained success. 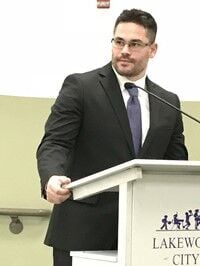 Rangers head coach Tom Thome led the team to more than two wins in a season since a 4-6 mark in 2012.

Lakewood junior Hakeem Quran is one of the players helping to lead Lakewood’s football program back to sustained success.

Rangers head coach Tom Thome led the team to more than two wins in a season since a 4-6 mark in 2012.

Buried under seven losses this fall is a truth that Great Lakes Conference football teams are going to have to reckon with in 2021.

The Lakewood Rangers are coming.

There's growing confidence to match the program’s growing numbers, and a varsity team that had won three games in its previous three seasons went 3-7 this year, its most successful finish since going 4-6 in 2012.

With a roster that has tasted some success, the Rangers have a foundation and a level of stability they haven’t enjoyed since the turn of this century, and it seems that playoff contention might be more attainable in the near future.

“I really think we’re heading in the right direction,” said junior Hakeem Quran, a two-way starter and the program’s first 1,000-yard rusher in 25 years. “We’re going to get bigger and stronger next year. We won a couple games and that boosted our confidence, so I think that’s going to make us better.”

Growth remains the best word to describe the Rangers, who have mostly ended seasons well below the .500 mark since 2000. In that 20-year span, in which they switched from Division I to Division II, they’ve finished with winning records three times (2000, ‘03, ‘11), while finishing with fewer than three wins 12 times. Not counting this year’s COVID-19 scheduling, which allowed all participating teams in the state to reach the playoffs regardless of record, the Rangers’ lone tournament appearance came in 2003 following a 7-3 regular season.

This season, the Rangers won back-to-back games for the first time since 2012 when they beat GLC foes Parma and Fairview in Weeks 8 and 9, respectively, by a combined score of 61-20, a sign of progress that third-year head coach Tom Thome and his staff have steadily built for, even amid a pandemic that forced them to reschedule several opponents on the fly, including the season opener.

After all, positive signs were lacking when Thome was hired in February of 2017 to replace Tom Hannan. When he began, he was the team’s third head coach in four years, and it was coming off of a 5-45 stretch dating back to 2013.

When weight room sessions began during that ‘17 off-season, participants were few and far between.

“We’d have anywhere from 8-12 kids,” Thome, also a world history teacher at the high school, said. “It would be difficult. Things aren’t done overnight, and when I got here the program was in pretty bad shape. They’re great kids, the community’s good and the facilities are good. But if you don’t know how to do it, it takes some time.”

Then came the 2018 season, a 1-9 campaign in which the Rangers were outscored by an average of 36 points per game as part of the rugged Southwestern Conference. The roster featured just 26 players.

At times, simply practicing could be a challenge as the coaching staff tried to lay a foundation.

“My first year here, it was hard to practice at times, just with the amount of kids we had,” said Thome, who occasionally had to step in as a quarterback or receiver during practice drills. “My first year, I was pulling teeth just to get kids to say Hi to me. They were figuring out football’s not an AAU sport. It’s a sport you work for 12 months out of the year.”

It was not Thome’s first experience building a program. His first head coaching job came at Lucas High School in Richland County, where he oversaw the boys and girls track and field teams. His first year, he had six boys and five girls. With his combination of personality and consistency, the roster jumped to 29 boys and 25 girls the next year.

While at Lucas, he also served as an assistant on Scott Spitler’s football staff until 2011, helping to grow that program. Before coming to Lakewood, he coached for a year at Stow-Monroe Falls then spent five at Twinsburg High School.

“We miss Tom. He helped make our programs better and five years later we are still benefiting from the impact he had,” Spitler said at the time of Thome’s hiring at Lakewood. “The kids flock to him because of his enthusiasm, which is what will lead to an immediate influence on whatever program he takes over.”

In three years at Lakewood, it’s worked. With the help of trusted assistants like Chris and Aaron Shaffer and Austin Sparks, the Rangers have seen a jump in football participation at all levels. In 2019, the team went 1-9 again but closed the gap in point differential. In 2020, there are over 70 players in the program, which allowed the Rangers to field separate junior varsity and freshman rosters for the first time in years. The JV finished 5-4.

Thome has made himself visible at school and the coaching staff has managed to make football fun again for members of a program that had experienced lean seasons in the past.

“If you come to Lakewood, I’m the first person you’re going to see when you walk in that door,” Thome said. “I made it my mission for all those kids to know me. I made it my mission to make football fun. You’ve got to try to make weight lifting fun...I sold myself to the kids. They know I’m genuine.”

Before the COVID-19 pandemic forced the closure of schools in the spring, Thome estimated that over 40 players were routinely showing up for weight training, not counting anyone playing a winter or spring sport. If lifting were to start tomorrow, he’d have 50 players at the high school, not including any incoming freshmen.

With excitement continuing to grow about what could happen on the football field, Thome makes sure to keep football discussion on the backburner when talking to players. Class comes first.

“We take care of everything other than football to get kids to come out for football,” Thome said. “I want them to be good in the classroom, good at home and not be knuckleheads in the community, then we can start talking football.”

Football is on the mind of Quran, who’s 1,031 rushing yards were the most since Ryan Rustad’s 1,507-yard season in 1995. As the team’s shutdown cornerback on defense, he snagged four interceptions and opposing quarterbacks eventually stopped throwing toward his side of the field.

“I always think, when they throw it to my side, they just know it’s going to get intercepted or something bad’s going to happen,” Quran said. (My goal) is getting bigger and stronger and working on my craft. I want to put some more weight on me, so I can be stronger and more of a bully out there.”

There’s also Pete Patsouras, a senior who’s been a key part of the rebuilding effort. His 263 receiving yards in a 35-28 Week 1 loss to Brush broke a school record that had stood since 1987, his three touchdowns that night tying the school mark set in 1988. With his 11th career touchdown catch in the 26-14 over Fairview in Week 9, he broke another Rustad record set in 1995.

Records are falling, a winning culture is rising, and the Rangers are focused on the next step.

“My first year, you could look at the scoreboard and say wow, that’s pretty ugly,” Thome said. “But my second year, seven of the 10 games we went into the third quarter with the score tied or within one score. It wasn’t a running clock every week. So, continuing to put in competitive football is what you’re going to see at Lakewood.”