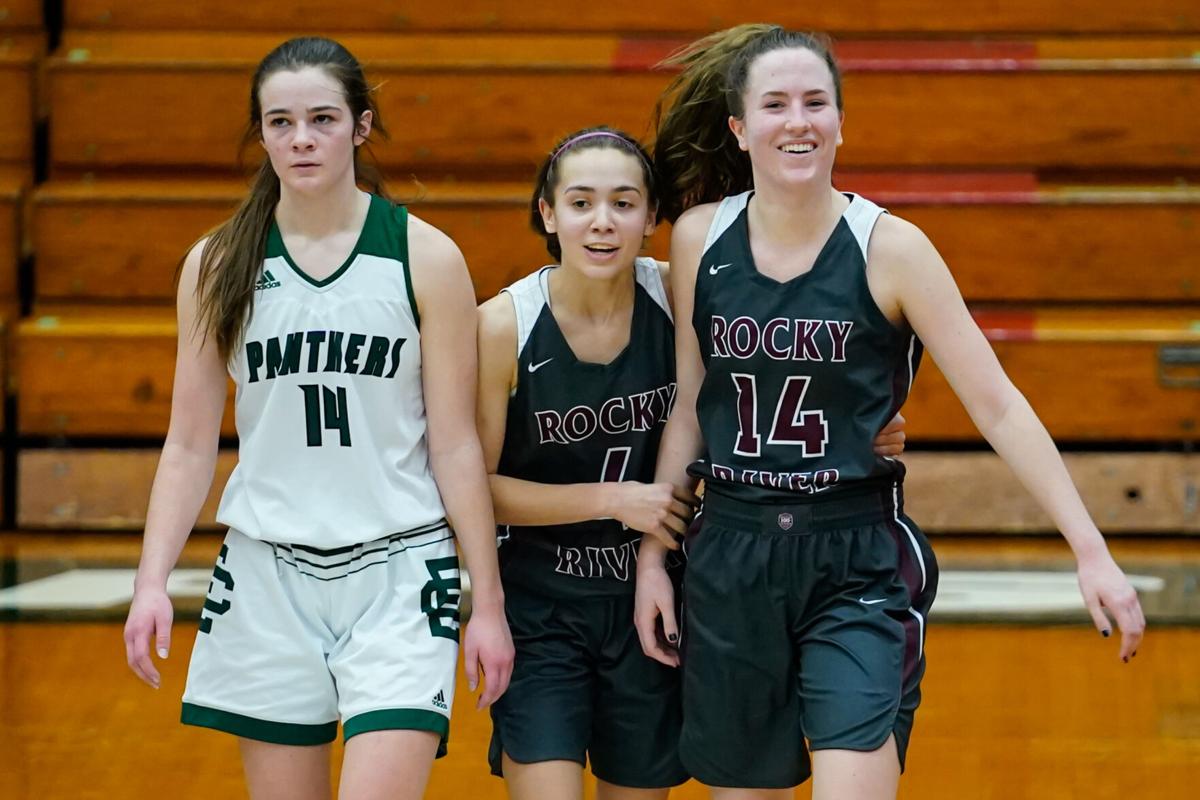 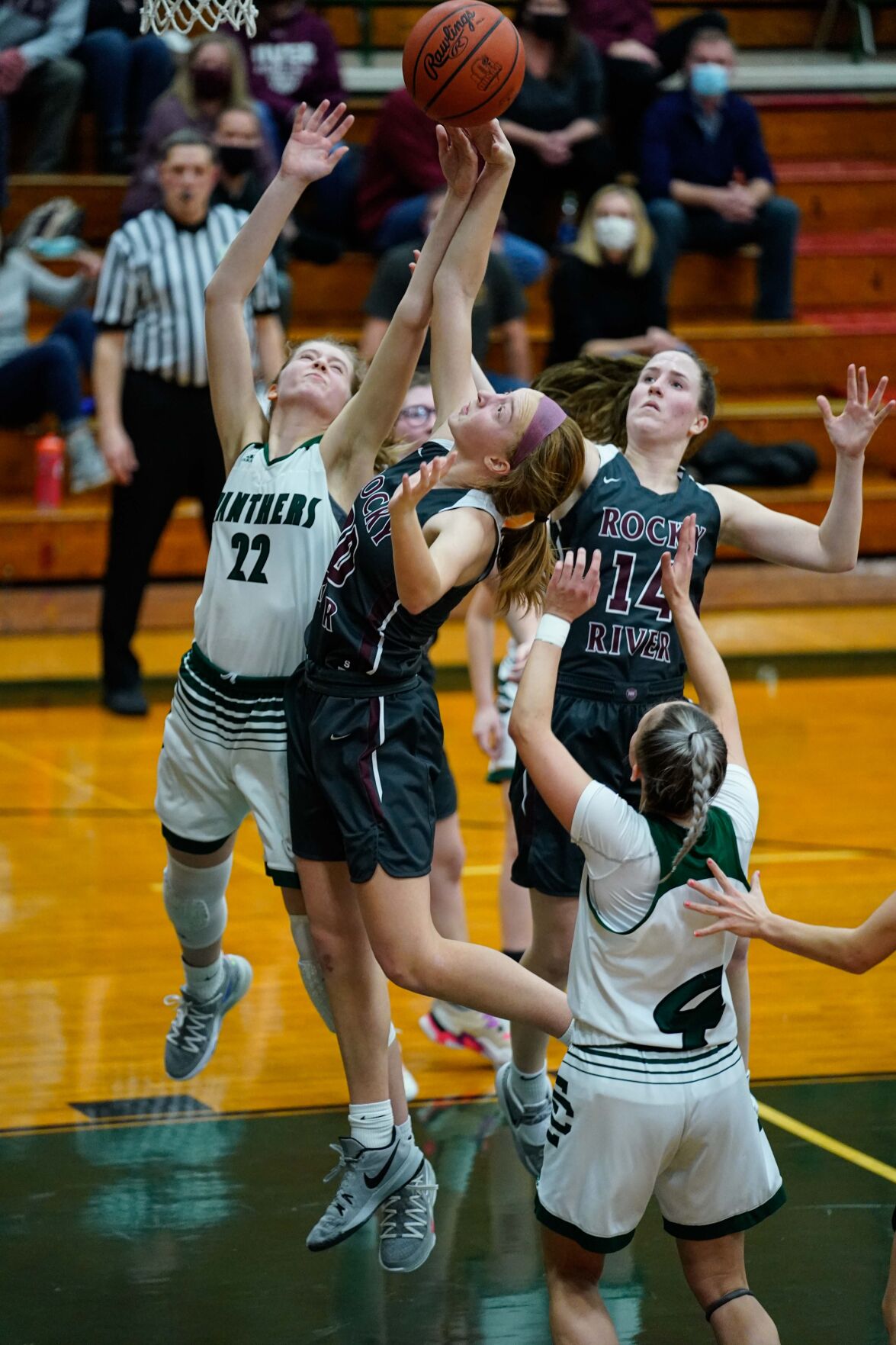 Rocky River freshman Ava Patti scored five points during her team’s 50-40 win at Elyria Catholic, none bigger than her three-point play with 52 seconds left that helped extend a slim lead. 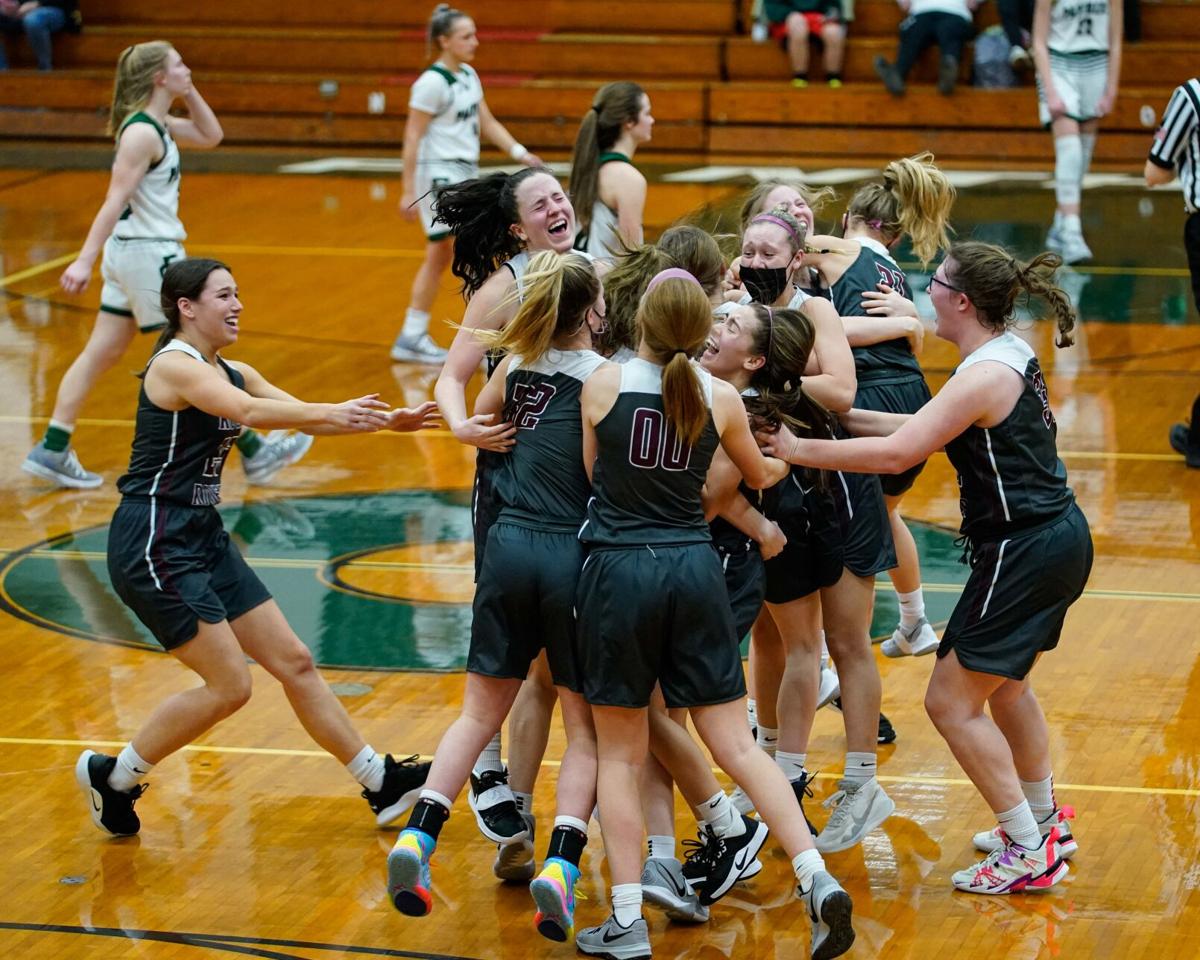 After celebrating their GLC tournament victory on the Elyria Catholic hardwood, the Pirates returned to their own gym, where they held a private net-cutting ceremony. No current members of the Pirates program–including the coaching staff–had ever won a conference title until Feb. 11. 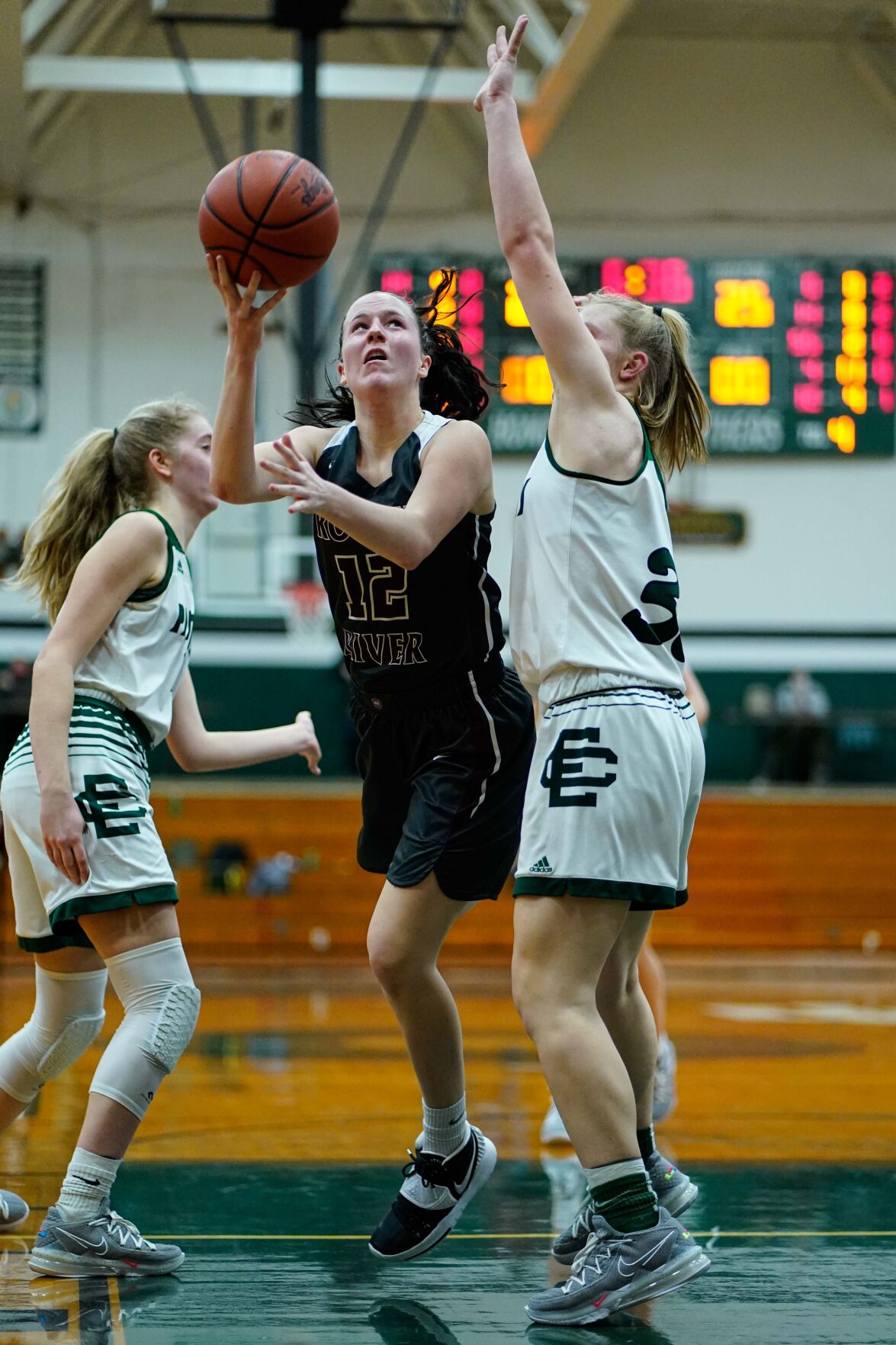 Rocky River freshman Ava Patti scored five points during her team’s 50-40 win at Elyria Catholic, none bigger than her three-point play with 52 seconds left that helped extend a slim lead.

After celebrating their GLC tournament victory on the Elyria Catholic hardwood, the Pirates returned to their own gym, where they held a private net-cutting ceremony. No current members of the Pirates program–including the coaching staff–had ever won a conference title until Feb. 11.

No member of the Rocky River girls basketball roster had experienced a win over Elyria Catholic in their high school career.

On top of that, no member of the Pirates program–coaches included–had experienced a conference championship. The last one came in 2012.

The wait for both accomplishments ended Feb. 11.

With their trademark defensive toughness and some timely shot-making, the Pirates (17-1) finally got past the Panthers, 50-40, to win the inaugural Great Lakes Conference tournament. In the process, they avenged a loss on the same court from Jan. 16.

“We haven’t won conference since 2012. This is all we wanted,” Pirates senior Julia Potts said afterward. “This was our main goal this season, so this feels so great.”

The Pirates’ key takeaway from their 65-53 loss in the Panthers’ gym in January was that they were good enough to hang with the conference leaders, who’d advanced to the Division III state final four last year prior to the onset of COVID-19. Until recently, the Panthers (13-4) had won 31 consecutive games, breaking the Lorain County record, and were named the No. 1 seed in the league tournament.

“We just executed the game plan exactly like we needed to,” Pirates coach Elaine Robinson said. “The girls bought in for 32 minutes and they trusted themselves. This is an experienced team. Last year they played in the (Div. II) district finals, and we said this year, conference championship, that’s what we’re set up to do. We wanted it at home, but we’ll take it on the road if we have to...It was a big milestone for all of us.”

Burned by the Panthers’ 3-point shooting in the first meeting and forced to climb back from a double-digit deficit in the second half, the two-seeded Pirates kept things much closer the second time around, dialing back some of their full-court pressure and focusing on getting stops in the half-court. A back-and-forth first quarter ended with the hosts ahead 13-12, an immediate improvement.

Guided by junior point guard Sophia Murray, the Pirates put together an 11-2 run in the second quarter to take a 23-19 halftime lead. Murray scored nine of her team-high 16 points in the frame, hitting a pair of 3-pointers early and driving to the rim for a three-point play late.

“She’s awesome,” Robinson said of Murray’s performance. “Sophia, the Potts’, Kelsey Murphy, this is a big platform for them. They kept their composure.”

Holding a slim lead, the Pirates seemed to find points exactly when they needed them in the second half. After an Annika Bredel bucket pulled the Panthers to within two, 28-26, in the third quarter, Julia Potts responded with a corner 3-pointer with just under four minutes left to put the Pirates back up by five points. Freshman forward Ava Patti scored with 6.6 seconds left for a 34-28 lead, then the defense forced a Panther turnover along the sideline to prevent an answer before the buzzer.

Up 43-37 in the fourth quarter and with the Panthers scrambling for every extra possession they could get, Patti grabbed an offensive rebound off a Julia Potts free throw miss with 52.5 seconds left, turned around and banked the ball in over a defender for a three-point play. She made the free throw for a 46-37 lead, and the Panthers were forced to start fouling.

Julia Potts finished with 14 points and seven rebounds for the Pirates, who will begin Division II state tournament play at home on Saturday. Murphy had nine points and a game-high 13 rebounds and Maria Potts added six points and seven boards.

“We brought the power and we brought the confidence,” Robinson said. “We bought in. They trusted and did everything we could’ve asked for, so all the credit to the girls.”

The Panthers hurt their own cause at times by not converting open attempts. Normally a sharp 3-point shooting team, they ended the night 3-for-26 from the perimeter. In the pivotal second half, they shot 1-15, and missed all nine fourth-quarter attempts.

Emily Rapacz finished with 16 points and eight rebounds for the Panthers, who also got 12 points and seven rebounds from Bredel. For the game, the team shot 23% from the field.