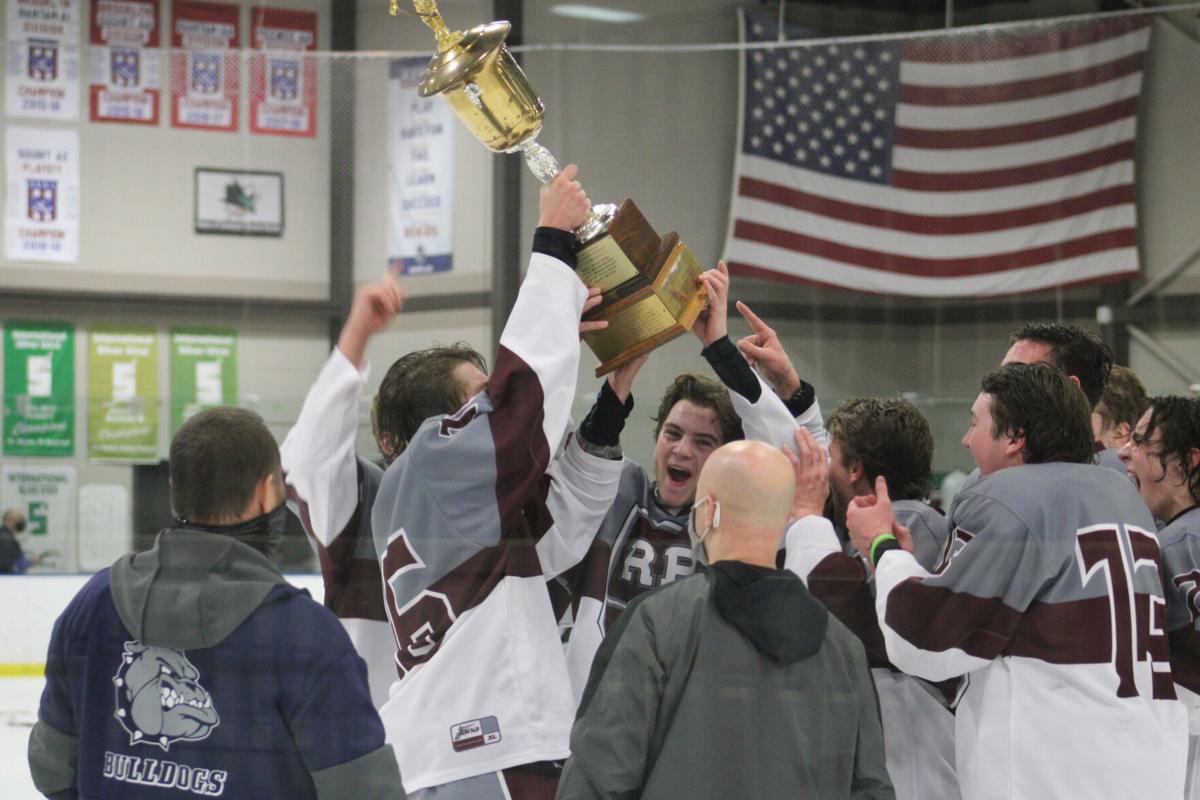 The Rocky River hockey team celebrated its first Baron Cup I championship since 2018 on Feb. 14 after defeating rival Mentor 3-1. 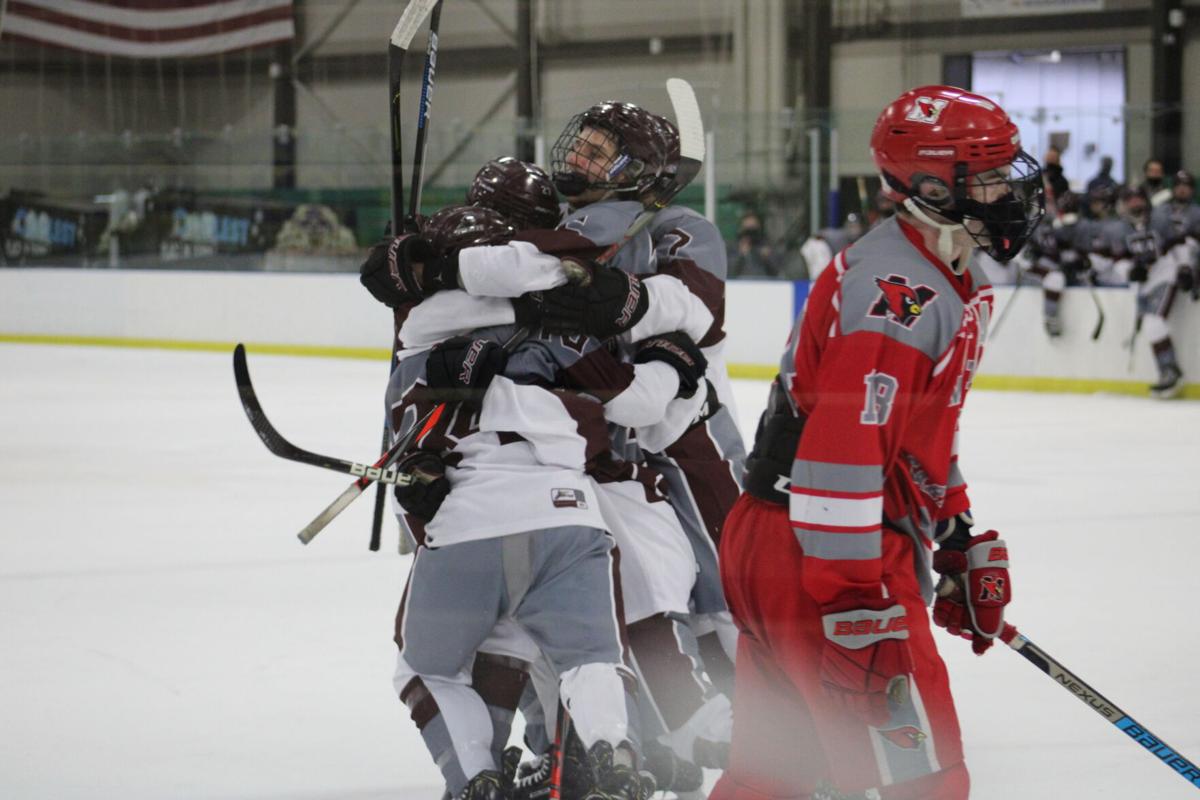 Sophomore Owen Toole’s buzzer-beating goal at the end of the first period breathed life into the Rocky River hockey team and tied its Baron Cup I final at one. The team celebrated before heading back to the locker room for intermission. 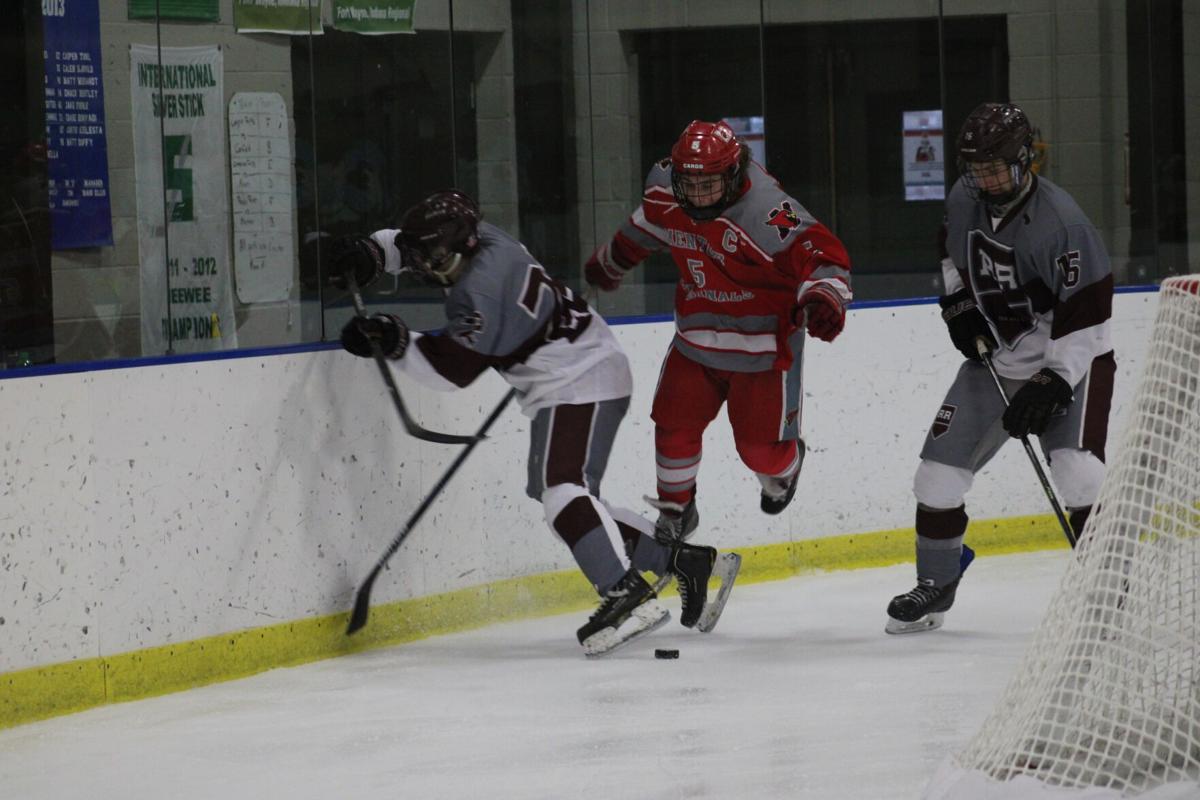 For the game, the Pirates outshot the Cardinals 44-16 on net. 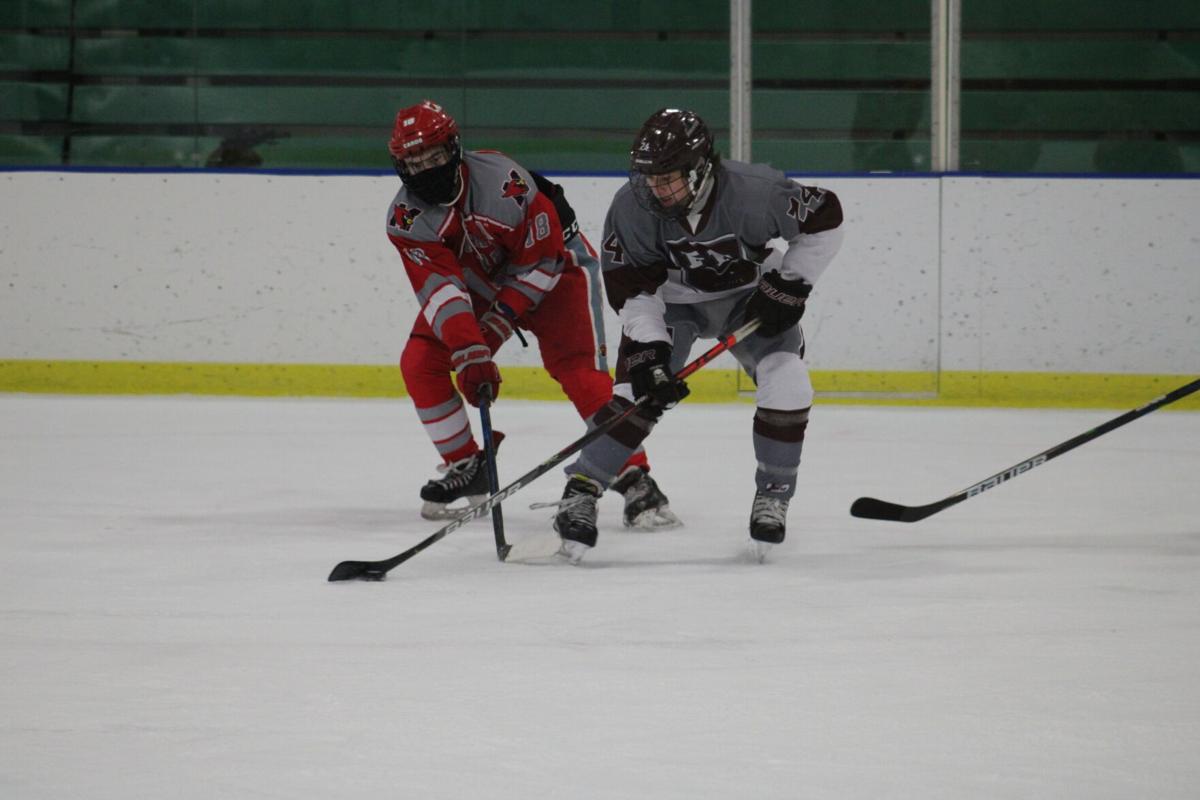 Reece Rochester’s goal midway through the second period gave the Pirates a 2-1 lead in their Baron Cup I final against Mentor Feb. 14.

The Rocky River hockey team celebrated its first Baron Cup I championship since 2018 on Feb. 14 after defeating rival Mentor 3-1.

Sophomore Owen Toole’s buzzer-beating goal at the end of the first period breathed life into the Rocky River hockey team and tied its Baron Cup I final at one. The team celebrated before heading back to the locker room for intermission.

For the game, the Pirates outshot the Cardinals 44-16 on net.

Reece Rochester’s goal midway through the second period gave the Pirates a 2-1 lead in their Baron Cup I final against Mentor Feb. 14.

This time, the Rocky River hockey team made sure it wouldn’t be denied.

The Pirates attacked Mentor in the offensive zone during the Baron Cup I final Feb. 14, and the bevy of chances they created for themselves resulted in a 3-1 victory at the John M. Coyne Recreation Center in Brooklyn.

“It was huge,” said Pirates senior forward Reece Rochester. “We’ve been looking forward to this all year and we’re happy we got it done.”

The trophy presented to the team afterward was also accompanied by a measure of revenge. The Cardinals (8-5) knocked off the Pirates in the championship game last year, a lopsided 7-2 result.

It was a sweet mix for the Pirates, who entered the annual tournament–now in its 50th year–as the No. 1 seed ahead of the No. 2 Cardinals.

“It’s always good to be (in this position), and Mentor’s a tough team,” Pirates coach Chris Cogan said. “We’ve had some battles with them the last couple years, and in this crazy year, to get back here, I’m more happy for my group of seniors. They’re great kids and they work their tails off. I couldn’t ask for anything better.”

Three different Pirates found the back of the net, one in each period. But before they could get on the scoreboard they fell behind 1-0.

With 9:18 left in the first, Tyler Velioniskis knocked in a rebound to put the Cardinals ahead, even as the Pirates were building momentum in their offensive zone. After creating numerous chances, sophomore Owen Toole sent a wrister past Cardinals goalie Garrett Davis to tie it just ahead of the buzzer.

Instead of trailing 1-0 heading into the locker room, the Pirates were fired up thanks to Toole’s first goal of the season.

“It was very unexpected of me to score there,” Toole said. “I just saw there were five seconds left, and I knew (Mentor) wasn’t going to be able to go down and score, so I moved in and just saw the puck pop out and tried to get it back in as quick as I could. It gives you a lot of momentum and takes the wind out of the sails of the other team.”

They controlled most of the second period, continuing their strong forecheck and peppering Davis (41 saves) with shots before Ben Greenfield set up Rochester for a goal and a 2-1 lead with 4:27 remaining.

As the third period entered its final 10 minutes the Cardinals started to skate with a little more urgency and challenged the Pirates’ ability to defend them.

As they bore down on goalie Chris Cogan (15 saves) in the game’s final minute, a shot from behind the right faceoff circle deflected off a Pirate and was corralled by Chris Brej, who immediately pushed up ice and sent a pass to senior co-captain Danny Asmar. Asmar broke ahead of the pack and scored with 49.9 seconds left for a 3-1 lead that triggered a celebration.

“That goal was huge, because (Mentor) was all over us that last minute,” Rochester said. “To get that goal was big.”

For the game, the Pirates outshot the Cardinals on-net 44-16. Their next game will be a second round state tournament matchup against either Normandy or North Olmsted Saturday at 4 p.m. in Brooklyn.

Thanks to Mike Perusek’s goal in traffic Feb. 14, the Avon hockey team picked up a milestone victory, beating Olmsted Falls 3-2 in overtime of the Baron Cup II final.

The win marked the Eagles’ (15-2-1) first-ever victory in the annual tournament.

“I’m speechless,” Eagles coach Kyle Botos said. “It’s been five years since the last time we made the finals, and you felt like you got ripped apart by (that loss). But this is special. To carry on and eventually get one with this group is very special.”

The overtime winner was Perusek’s second goal of the game and came just 27 seconds into the period.

Matt Folds put the second-seeded Eagles on the board 38 seconds into the first period. After Aidan Schmucki and Tom Terrell scored to put the top-seeded Bulldogs up 2-1, Perusek struck early in the second to tie it up. Led by standout performances in net from the Eagles’ Ben Boka (26 saves) and the Bulldogs’ Tyler Pletcher (21), the teams remained deadlocked at the end of regulation.

Then Folds found Perusek for the game-winner.

Avon will open up state tournament play Saturday against Benedictine at noon in Brooklyn.