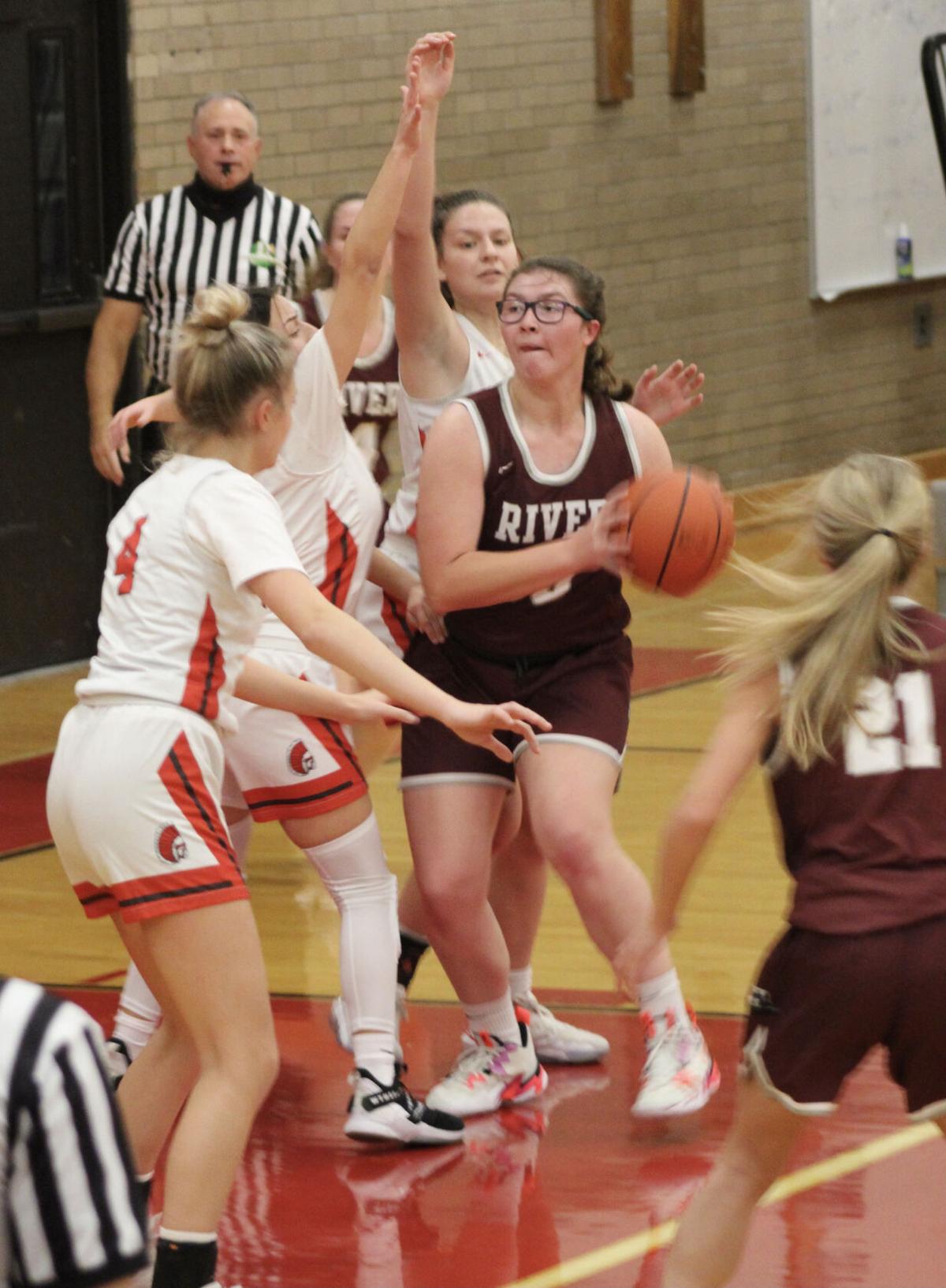 Rocky River junior Kelsey Murphy anchored her team in the post Dec. 9, grabbing a team-high 11 rebounds to go with eight points. She is one of 10 returning letter winners to this year’s Pirates roster. 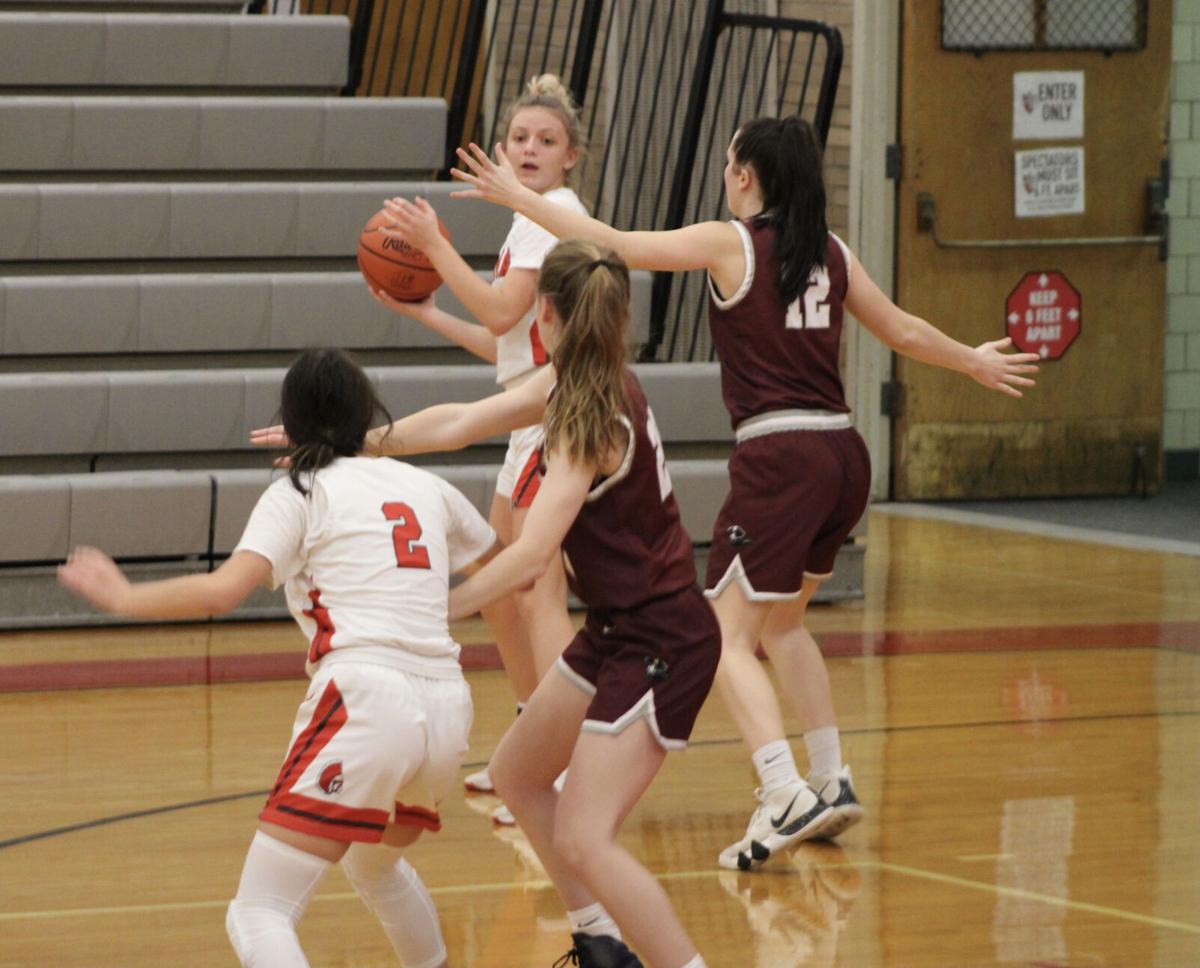 Rocky River’s defense was swarming throughout its 78-30 win over Parma on Dec. 9. The Pirates forced 33 turnovers and held the Redmen to less than 10 points in three of four quarters of action. 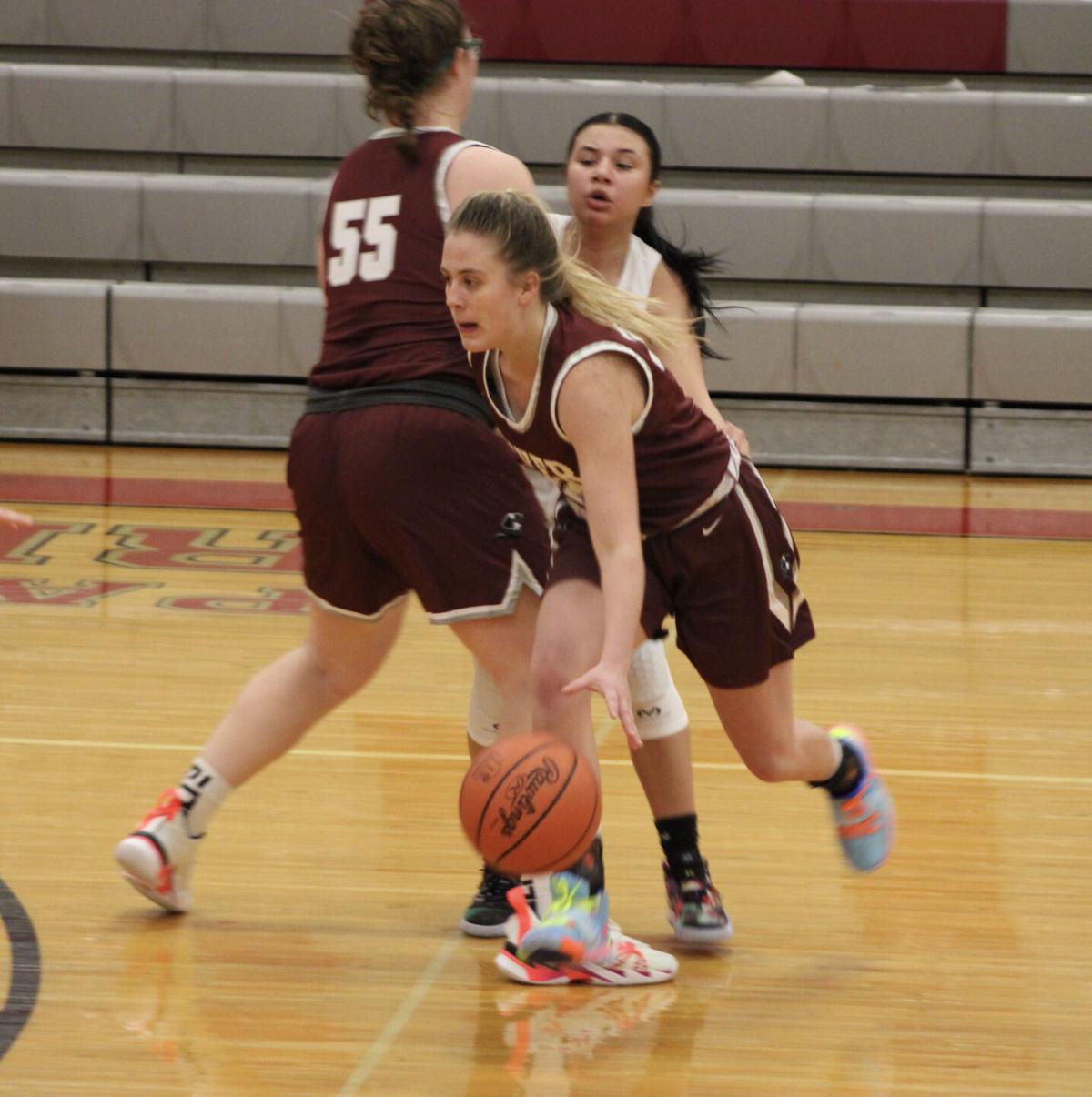 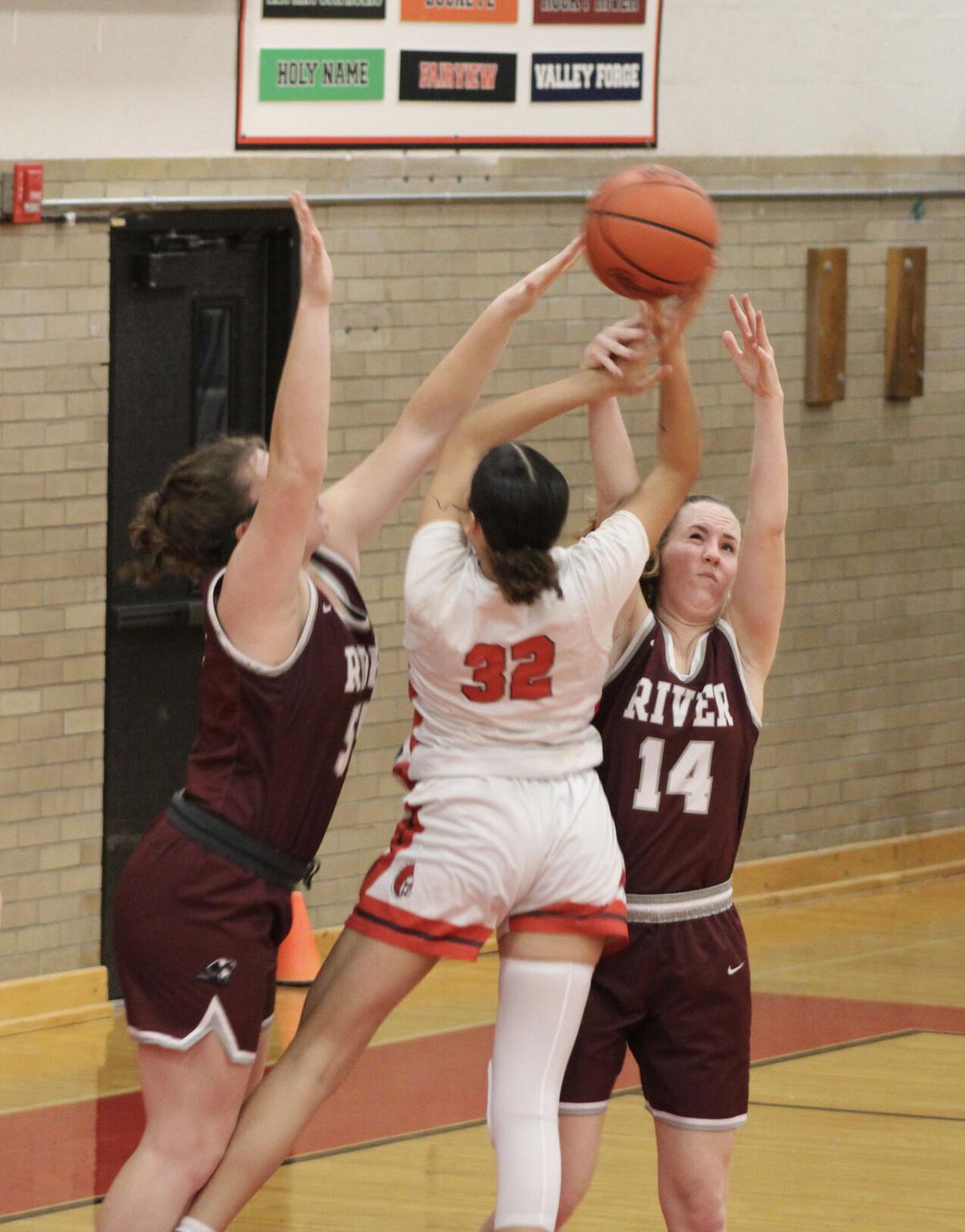 Rocky River junior Kelsey Murphy anchored her team in the post Dec. 9, grabbing a team-high 11 rebounds to go with eight points. She is one of 10 returning letter winners to this year’s Pirates roster.

Rocky River’s defense was swarming throughout its 78-30 win over Parma on Dec. 9. The Pirates forced 33 turnovers and held the Redmen to less than 10 points in three of four quarters of action.

Rocky River girls basketball team waited patiently to play outside competition and finally got the chance Dec. 9 at Parma.

Once the Great Lakes Conference opener–also the Pirates’ season debut–tipped off, they let every bit of pent up energy go in a 78-30 romp that was dominated by their trademark defensive pressure.

“It was a really nice feeling for us to finally put the 20-plus practices that we’ve been running, the quarantine we experienced, to just put it all out there,” Pirates coach Elaine Robinson said.

The Pirates (1-0, 1-0 GLC) lost out on a Nov. 25 opener when St. Joseph Academy went into teamwide quarantine, then had to quarantine themselves after a potential COVID-19 exposure during a Nov. 19 scrimmage, forcing them to cancel a pair of hastily-scheduled contests prior to Thanksgiving.

That meant the season couldn’t officially start until Dec. 9, well behind schedule. First there were home workouts and team bonding over Zoom, then, eventually, practices where the members of the varsity and junior varsity teams would scrimmage.

“We had to stay strong. We couldn’t just give up,” said senior post Kelsey Murphy, who chipped in eight points and 11 rebounds. “We couldn’t blame (a slow start) on quarantine because everybody’s going through it, so we had to keep going.”

By the time the trip to Parma came around, the veteran Pirates, with all five starters returning and 10 letter winners back overall, were starving for a game with real stakes.

“We were looking forward to this. It was nice to finally get out and play, and Parma’s already played two games,” said junior guard Sophia Murray, who finished with five points and a team-high four assists. “Just to play our first game was fun.”

The Redmen (0-3, 0-2 GLC) took an early 4-0 lead as the Pirates worked to channel their abundance of energy into focused play, and once they did, the rout was on. They closed the first quarter on a 12-2 run to finish with a 12-6 lead, then exploded for a 20-5 scoring advantage in the second for a 32-11 halftime lead.

They led 51-20 after the third quarter and pushed the margin to over 40 points by scoring 27 in the fourth. Because of the sizable lead, Robinson was able to empty her bench, using 15 players before the final buzzer. Twelve of them scored.

“We really don’t have that one person that we’re constantly looking at (on offense),” Robinson said. “We’re always looking to share the ball, and then get steals on the defensive end that lead to layups in transition. And if we’re in a two-on-one situation, we pass it off, do whatever we need to do.”

For the game, the Pirates controlled the game with their defense, which pressed, trapped and morphed into a zone at times. No matter how they were positioned they caused havoc, forcing 33 Redmen turnovers, 26 of which were steals. At times struggling to advance the ball past halfcourt under withering pressure, the Redmen were unable to generate many open looks and shot 23% from the floor.

Senior Maria Potts and freshman Ava Patti each scored 13 points to lead the Pirates, who also got 11 from Julia Potts. In her varsity debut, Patti added six rebounds and five steals as a top reserve. The Potts sisters combined for six rebounds and six steals.

With the majority of a roster back that won 19 games and advanced to a Division II district final last season, Robinson used depth to her advantage throughout by making frequent substitutions.

“We’ve got a lot of talent, and that’s fun because that means we get to go deep on our bench,” Robinson said. “We can put somebody with fresh legs out there constantly and that’s what allows us to be so intense on the defensive side of the game.”

The Pirates will host Holy Name in another GLC matchup today at 7 p.m.