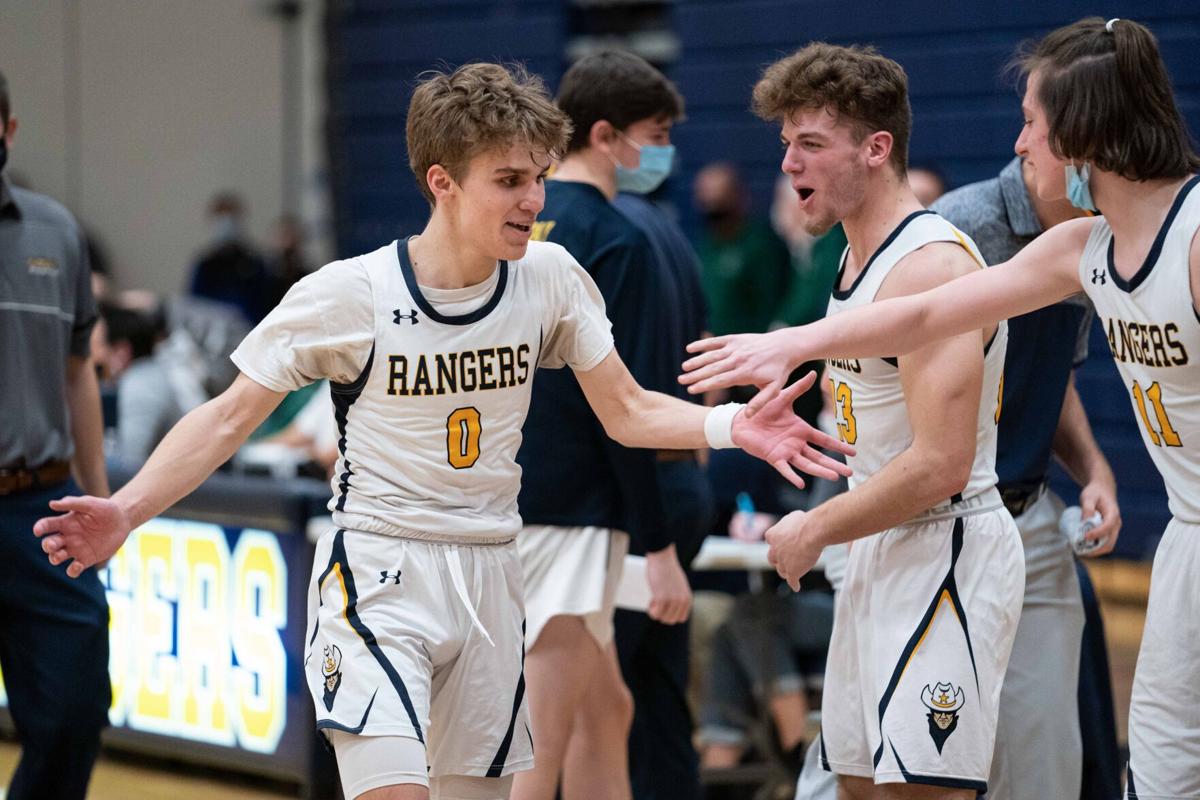 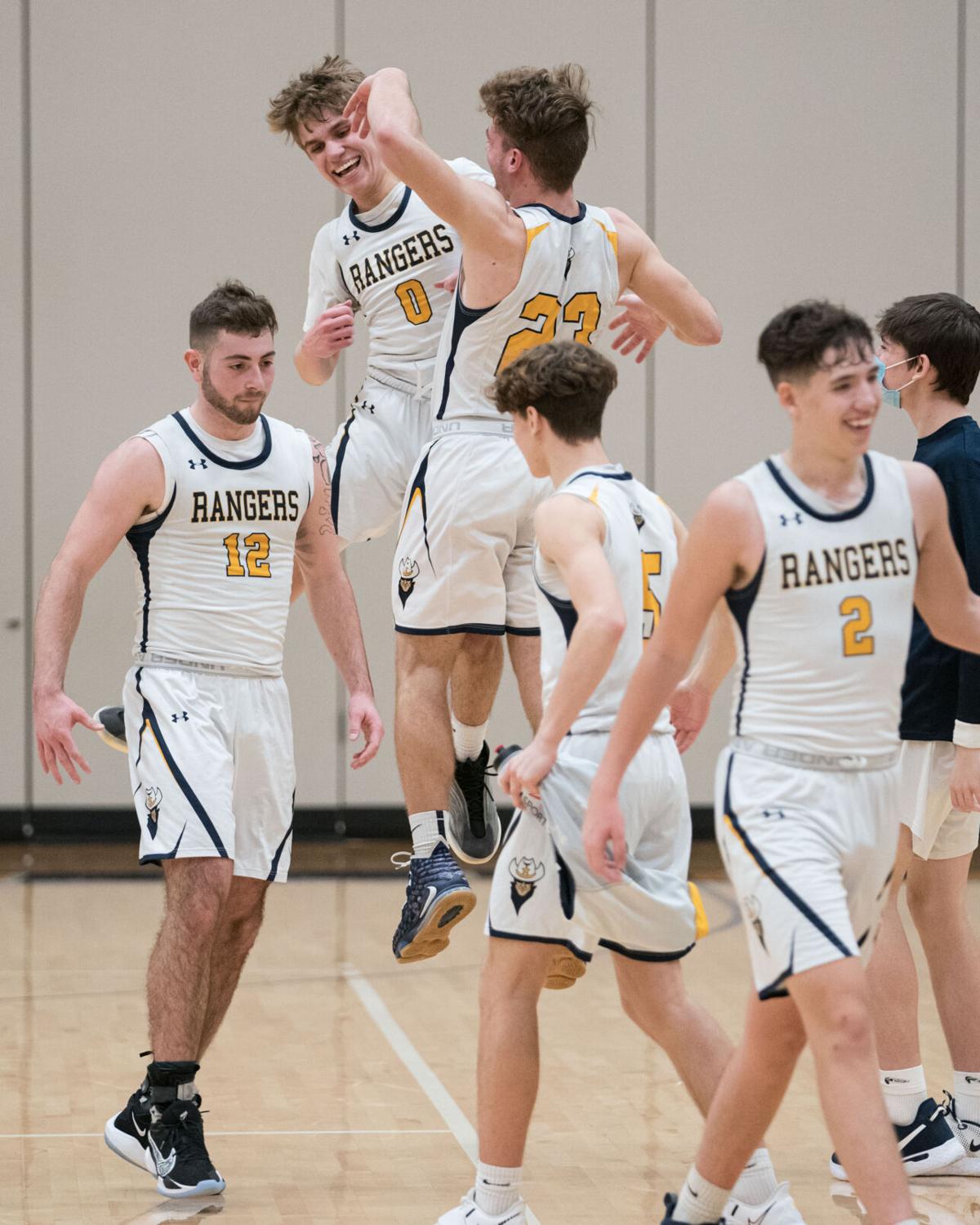 Members of the North Ridgeville boys basketball team had reason to celebrate Jan. 5. On the way to a 66-57 win over Westlake, the Rangers first had to overcome a nine-point deficit at the start of the fourth quarter. 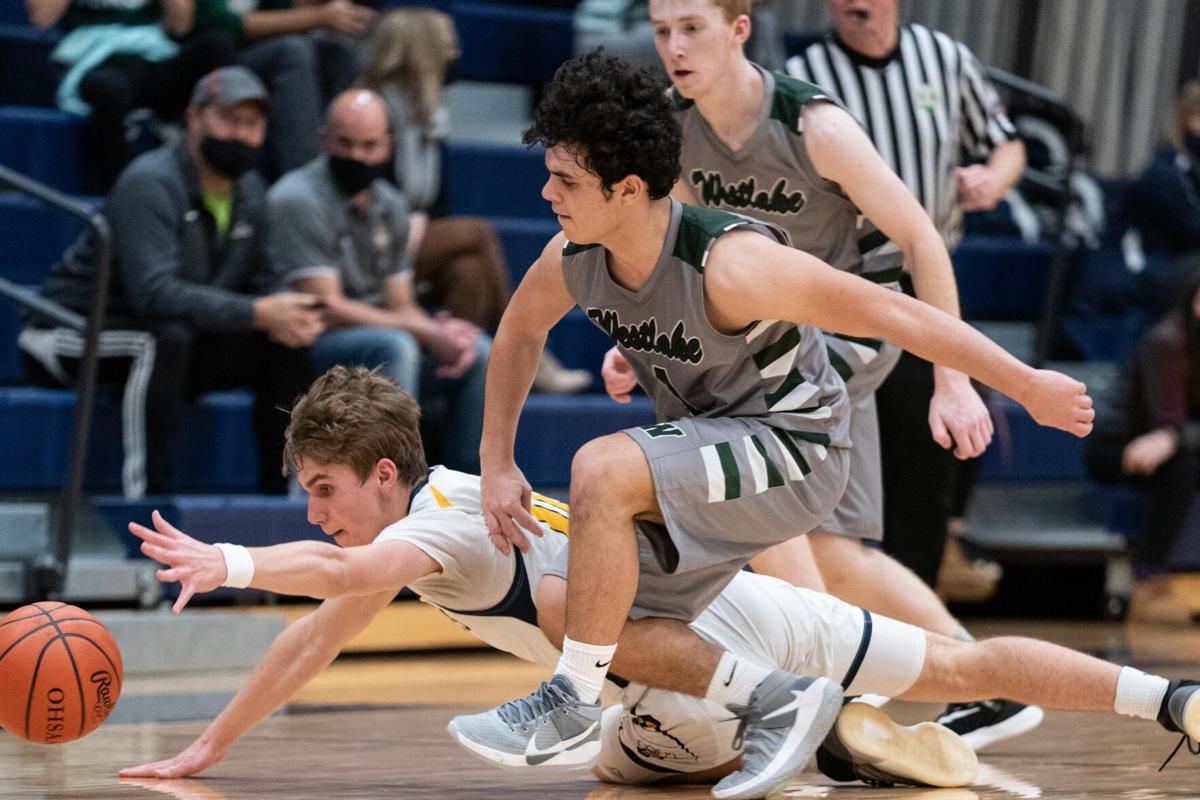 North Ridgeville held Westlake scoreless for almost six minutes in the fourth quarter, engineering a 12-0 run that erased a deficit and put it in the lead for good. 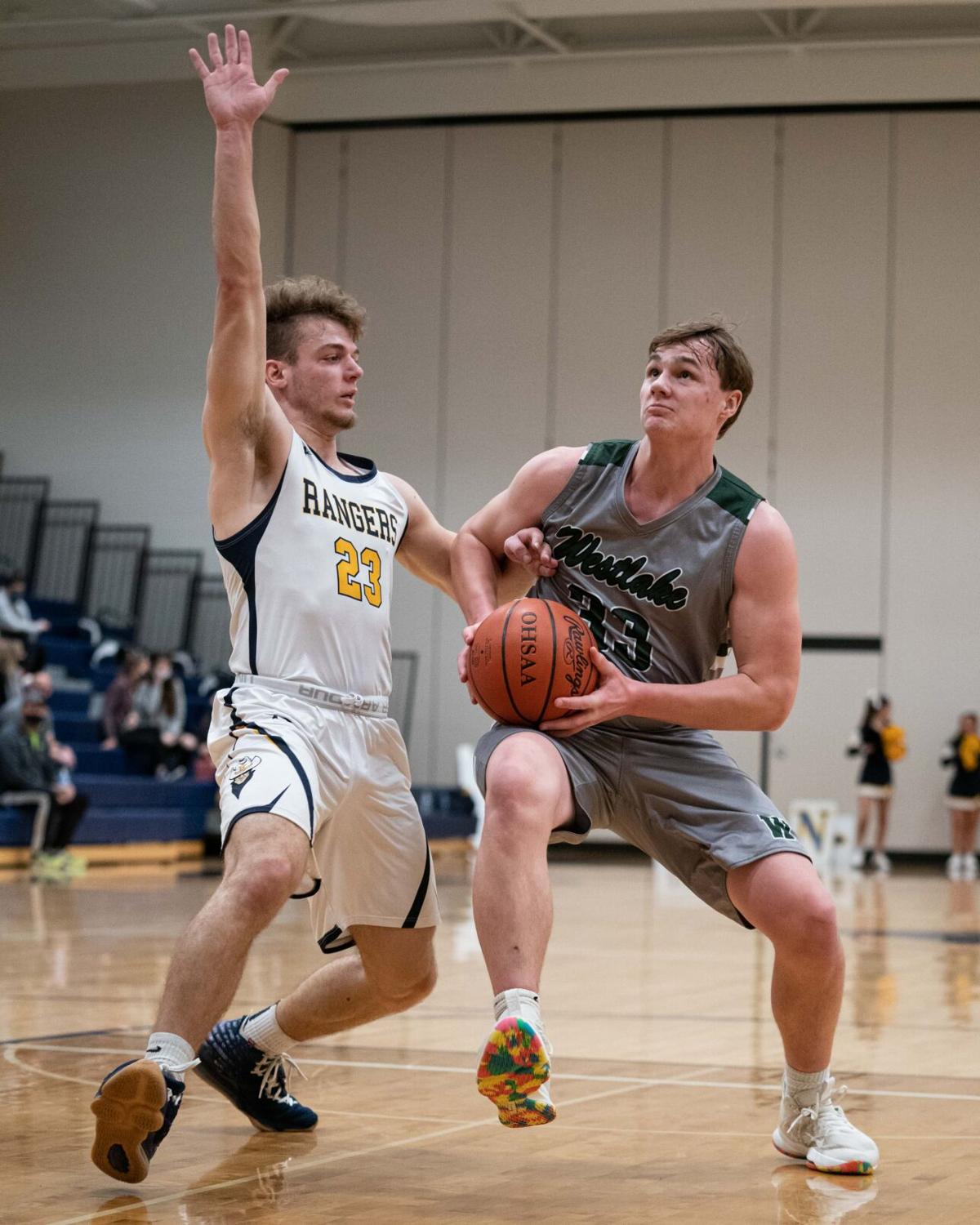 Members of the North Ridgeville boys basketball team had reason to celebrate Jan. 5. On the way to a 66-57 win over Westlake, the Rangers first had to overcome a nine-point deficit at the start of the fourth quarter.

North Ridgeville held Westlake scoreless for almost six minutes in the fourth quarter, engineering a 12-0 run that erased a deficit and put it in the lead for good.

The Rangers were younger and far less experienced then. Not anymore.

Down nine points to start the fourth quarter against visiting Westlake on Jan. 5, the Rangers rallied with a nearly-flawless eight minutes and rode that determined effort to a 66-57 win.

On the way to a four-win season a year ago, the Rangers often faced bouts of inconsistency as a roster of almost all underclassmen struggled to adapt to the bigger, faster varsity level. Against a Demons (3-2, 2-1 SWC) team that is currently equal parts big and fast, they showed that they are much more equipped to weather rough patches in 2021.

“(We were) just making plays when we needed them to happen tonight,” Rangers coach Bryan Morgan said. “Last season, it wasn’t the lack of shots we were getting to close games, it was just getting them to go in. Now, they’re able to put the ball in the hole.”

Starting the fourth quarter down 51-42, the Rangers pieced together a 12-0 run to take the lead, holding the Demons scoreless for almost six minutes. Theus scored the game’s final eight points, including four free throws in the last 20 seconds, to seal the win and cap a personal 13-point quarter.

All told, the Rangers outscored the Demons 24-6 in the final period.

Theus added six rebounds and two steals. Masterson hung tough in the post, grabbing a team-high eight rebounds and also blocking a shot. Along with fellow forward Dom Farago (six points, four rebounds), he helped mitigate some of the impact of standout Demons big men Austin Norris and Justin Garcia, and paced the Rangers on the glass as they outrebounded the Demons 35-26 and held them to one-shot possessions.

The Demons found success in the first half against the Rangers, scoring inside with regularity against one-on-one coverage. In the second half, Morgan decided to make a change.

“At halftime, we said we’ve got to do something different, so we started to help a little more on the drive,” he said. “Luckily, some of the open threes they took didn’t go in, and we were able to limit them to one shot. Credit to our guys. In the past they may not have been able to adjust, and they did a nice job of it tonight.”

Before the Rangers made their push, it looked like the Demons might be on track for a victory. After a back-and-forth first 12 minutes of action, they ended the first half on a 10-2 run for a 35-31 lead, then built to a nine-point advantage, 42-33, on a Norris bucket midway through the third. Three-point makes on back-to-back possessions by Garcia kept the Demons up nine as the third quarter buzzer sounded.

Garcia led the Demons with 13 points. Norris scored 10 with nine rebounds and two blocks, and Cal Reghi scored 10 with four steals. As a team, they helped cause 19 Ranger turnovers.

Demons coach Jeff Huber thought the Rangers’ fourth-quarter effort caused his team to start forcing things, especially once they fell behind on the scoreboard.

“I think we started pressing a bit, to where it starts to feel like you’ve got to make it all up at once,” Huber said. “It comes from a good place, but we need to try and take a deep breath in that situation and realize we need to take it one possession at a time. There’s not going to be a 12-point shot. That was the biggest thing we kind of struggled with there (at the end).”

The Demons will next host Midview Friday at 7 p.m. The Rangers will host Beachwood Saturday at 4:30 p.m.