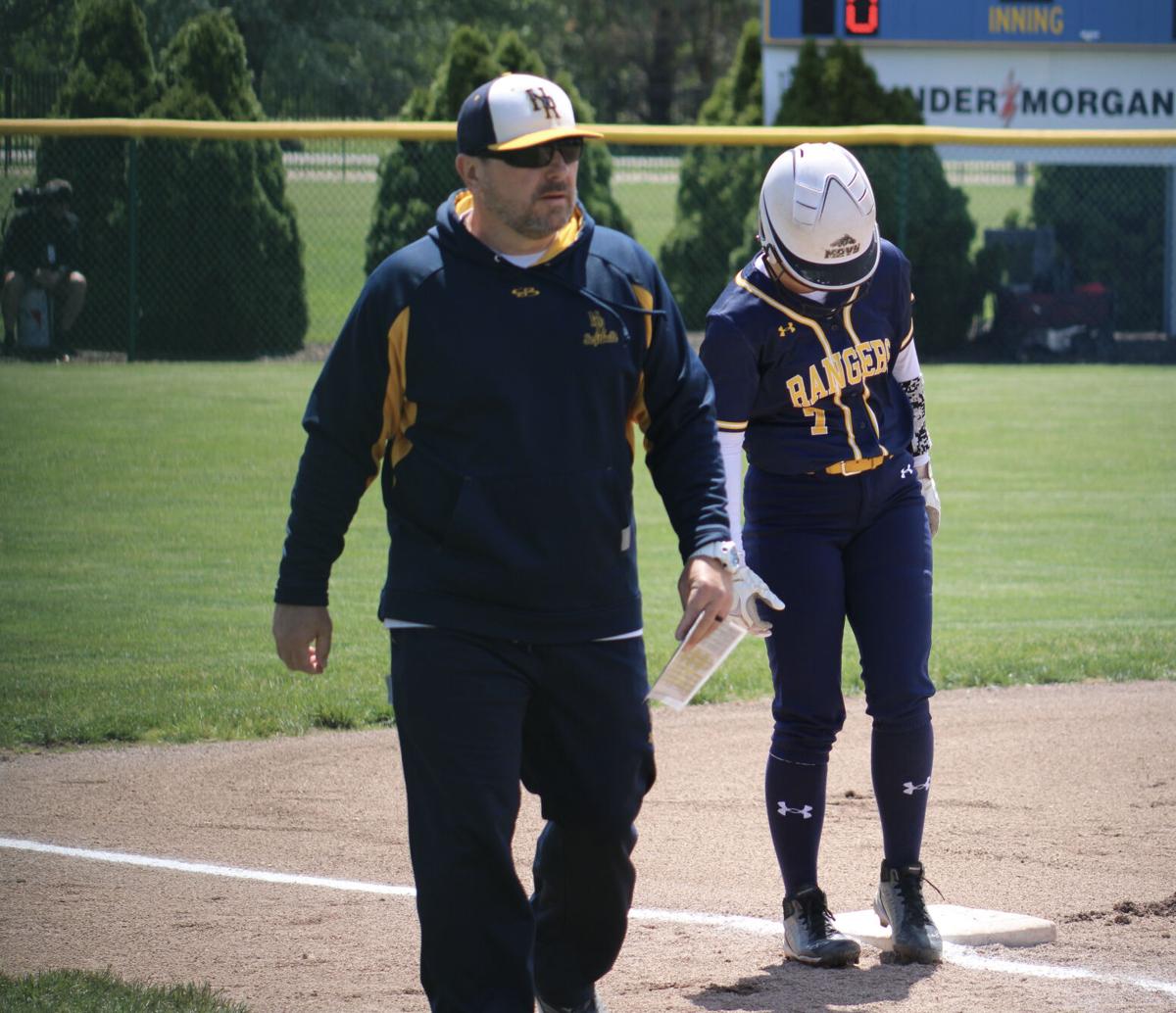 Mike Mease has guided the North Ridgeville softball program for eight seasons. In 2021, he welcomed his daughter, Addison, to his coaching staff. His younger daughter, Rachel, started at second base for the Rangers. 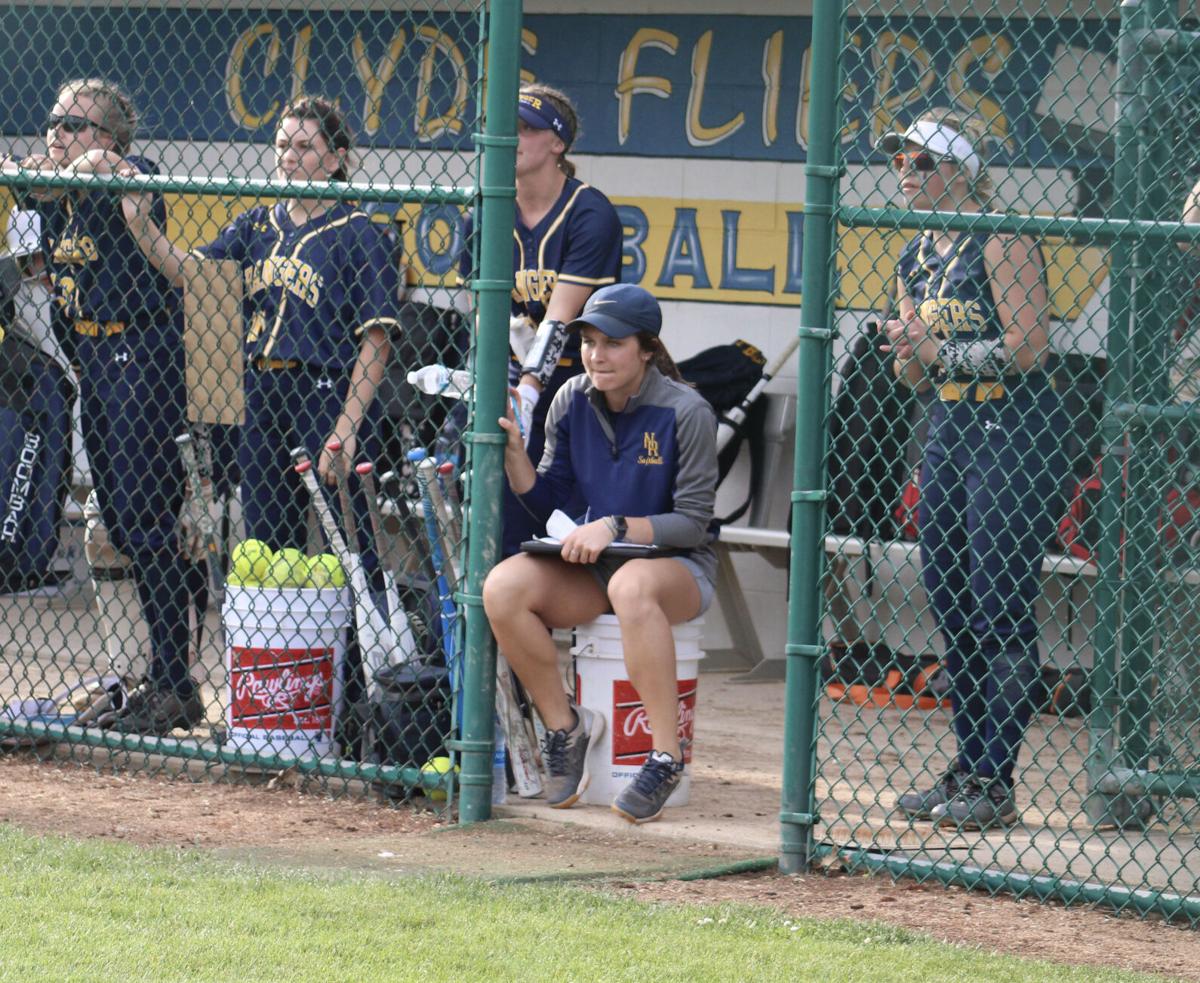 Addison Mease is a former Lorain County Division I Player of the Year as a second baseman for the Rangers, and just completed her first season as a coach of the team, assisting her father, Mike. 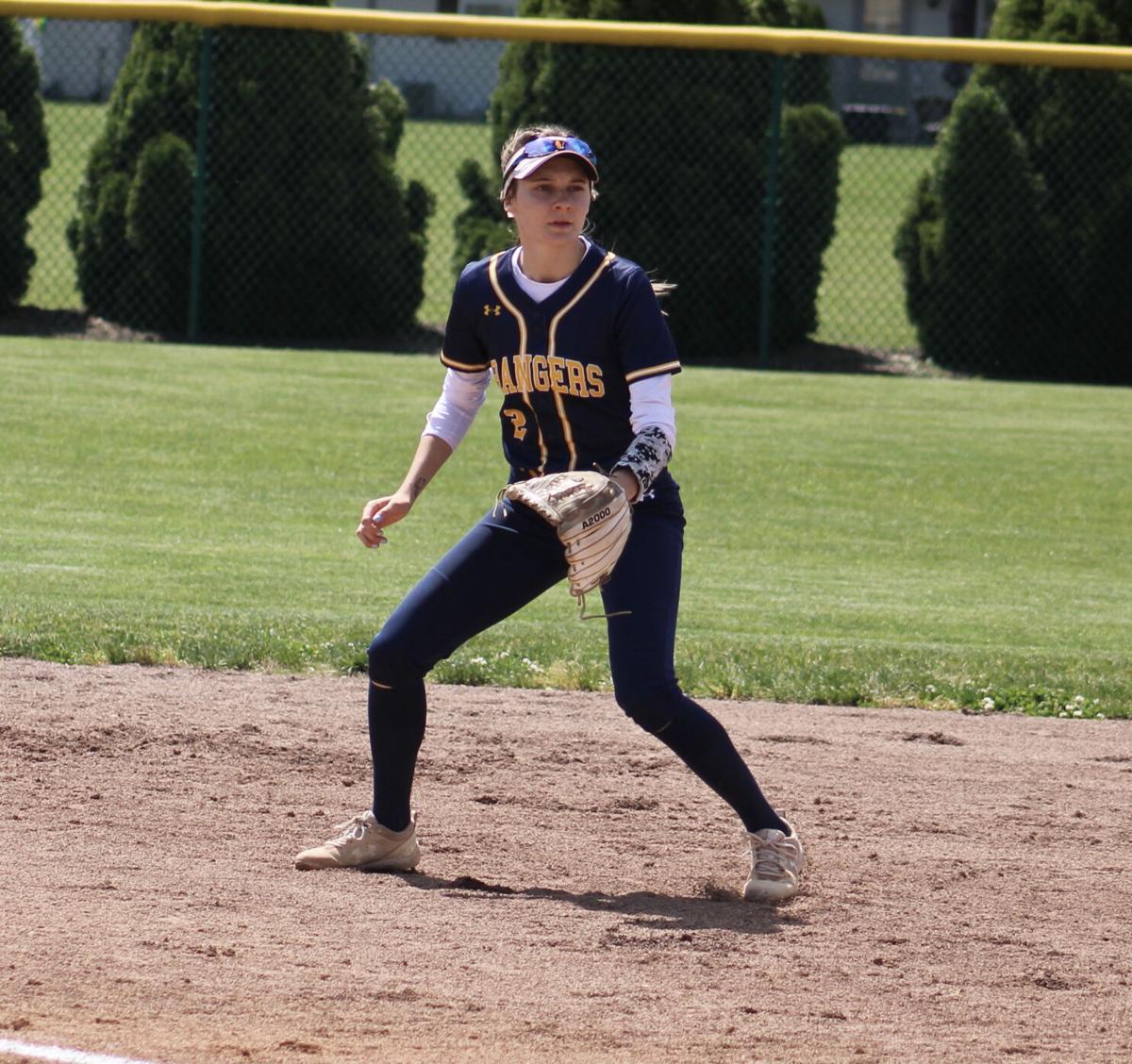 Mike Mease has guided the North Ridgeville softball program for eight seasons. In 2021, he welcomed his daughter, Addison, to his coaching staff. His younger daughter, Rachel, started at second base for the Rangers.

Addison Mease is a former Lorain County Division I Player of the Year as a second baseman for the Rangers, and just completed her first season as a coach of the team, assisting her father, Mike.

What remained after a 14-4 loss in a Division I regional softball final on May 29 were feelings of gratitude and a dose of reality.

It would be the final North Ridgeville game in which three members of the Mease family, head coach Mike, assistant coach Addison and senior second baseman Rachel, would share the field together.

There were hugs and even a tear or two shed amongst the Meases after the Rangers, ranked in the state’s top 10 for much of the season, were beaten by Whitehouse Anthony Wayne at Clyde High School. But what a season it had been.

After losing a year to the COVID-19 pandemic, the Rangers, brimming with promise, put together one of the best seasons in school history, complete with a 24-5 record and their first-ever appearance in a regional final.

“While it wasn’t the finish we wanted, we had a darn good season,” said Rachel, who went 3-for-4 at the plate in her final high school game. “Being a part of that is amazing. It’s awesome. To know that they have so much room to grow and to expand and hopefully chase that state title next year – they can do it. I’m proud of everyone that’s on this team, and the community’s been great. The support is awesome. At the end of the day, we had nothing to lose.”

Rachel’s career has been a decorated one. The University of Findlay commit has finished two of her three varsity seasons with a batting average over .500, including .529 this season. She was recently named to the All-SWC and Lorain County Div. I First Team, as well as Second Team All-Ohio.

For Mike, who took over the team eight seasons ago, it was the most successful campaign of his tenure in terms of win total, tournament advancement and also his first Southwestern Conference championship, which the team shared with perennial league favorite Amherst.

For the first time, Mike had Addison, a former standout second baseman for the Rangers during his early years as head coach, in the dugout with him. The former Lorain County Division I Player of the Year had left the game entirely after two years at Tiffin University, but chose to come back as an assistant coach on her dad’s staff, along with Amy McMillan.

“My collegiate experience wasn’t what I wanted,” she said. “College wasn’t perfect by a long shot, and I lost my love of the game. And here we are. I told the girls in our meeting (after the loss) that everything else aside, I have a love for the game that I never thought I could have, even when I was in high school. That college experience made me realize that I have a place on this field still. And every one of those girls, in every practice and every game, even today, reminded me that this is where I belong.”

In a season loaded with firsts, it was the second chance that Addison was most thankful. She graduated from Tiffin with a degree in criminalistics in just two years, then earned her masters in criminal justice, crime analysis and criminal behavior in 2020 before returning to the diamond for a historic season.

“It was so great,” she said. “I tell the girls, I wish I could’ve (gotten to regionals) myself, but I couldn’t. And they’re awesome enough to let me come and be a part of this, and that’s so much better than anything I could’ve asked for, because I got a second try, and we go this far. That’s something to be proud of.”

To have two immediate family members as coaches is not an everyday occurrence. Win or lose, the Meases enjoyed going through the experience together.

“It’s been nothing but awesome,” Addison said. “We don’t always see eye to eye, because you have three loud voices, three opinions, and it doesn’t always go in the same direction. But it has been nothing but a blast. I would take the worst days with them over the best days somewhere else.”

After a victory at home over SWC rival Midview on April 22, Rachel said that while it was a unique situation, her dad and sister were coaches on the field and family at home.

“My sister is my biggest role model,” Rachel said. “Not only has she guided me through life, but she’s guided me through softball, and I wouldn’t be where I am without her. She just gives me the confidence to keep going, and makes me a better person every single day, so I’m so grateful for her.”

While Rachel moves on to roam the outfield for UF and Addison ponders the next step in her burgeoning coaching career, Mike will return for his ninth season in North Ridgeville without a daughter in his lineup for the first time.

The program has grown as his daughters have. In Addison’s senior season, the Rangers won five games. This year, they surpassed 20 wins and came within a game of the state’s final four. Still, Mike will have the majority of the roster back, with the knowledge of what’s possible.

After the loss to Anthony Wayne, there was already a belief that the Rangers weren't finished with their climb.

“We lose three seniors, but we have seven juniors on this team,” he said. “Like I told them, it’s the furthest we’ve ever been, but we’re not done yet.”