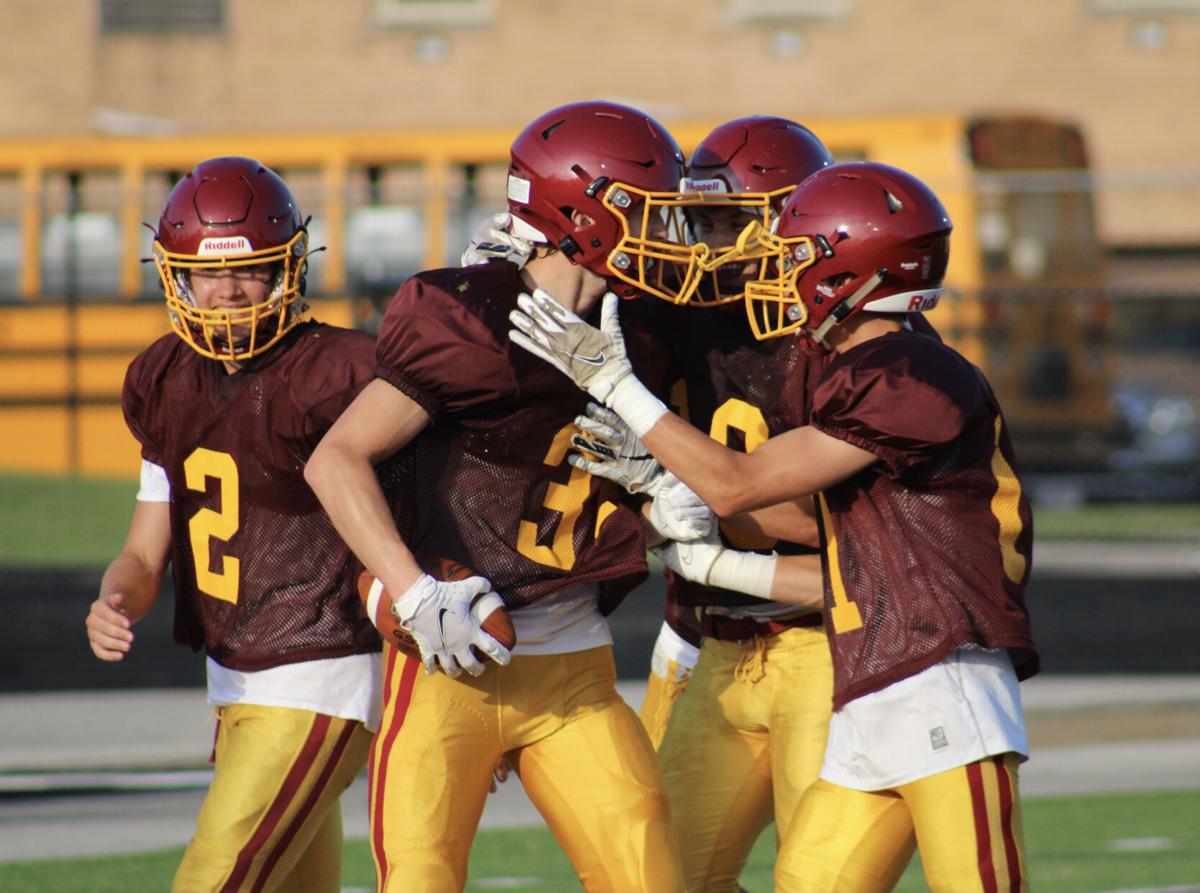 The reloading Avon Lake football team showed its winning pedigree in a successful scrimmage on Aug. 12 at Padua, outscoring the Bruins 19-3 during one half of play. The Shoremen graduated 16 starters from last year’s roster, which went 8-2 and finished second in the Southwestern Conference at 5-1. 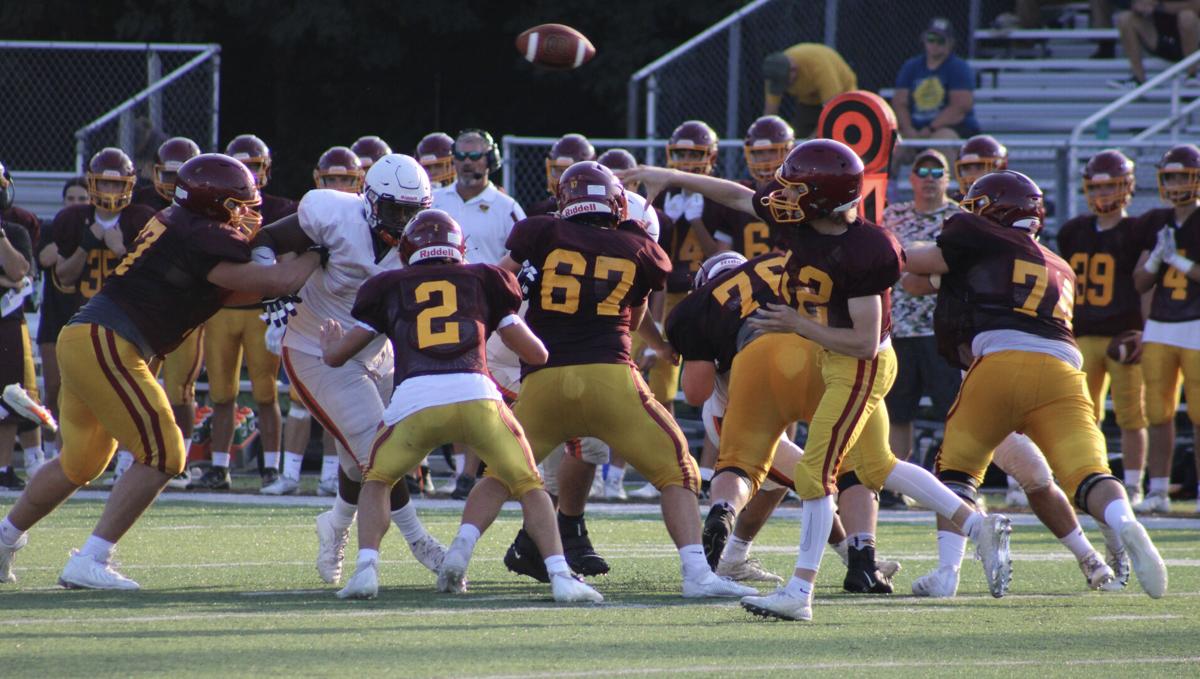 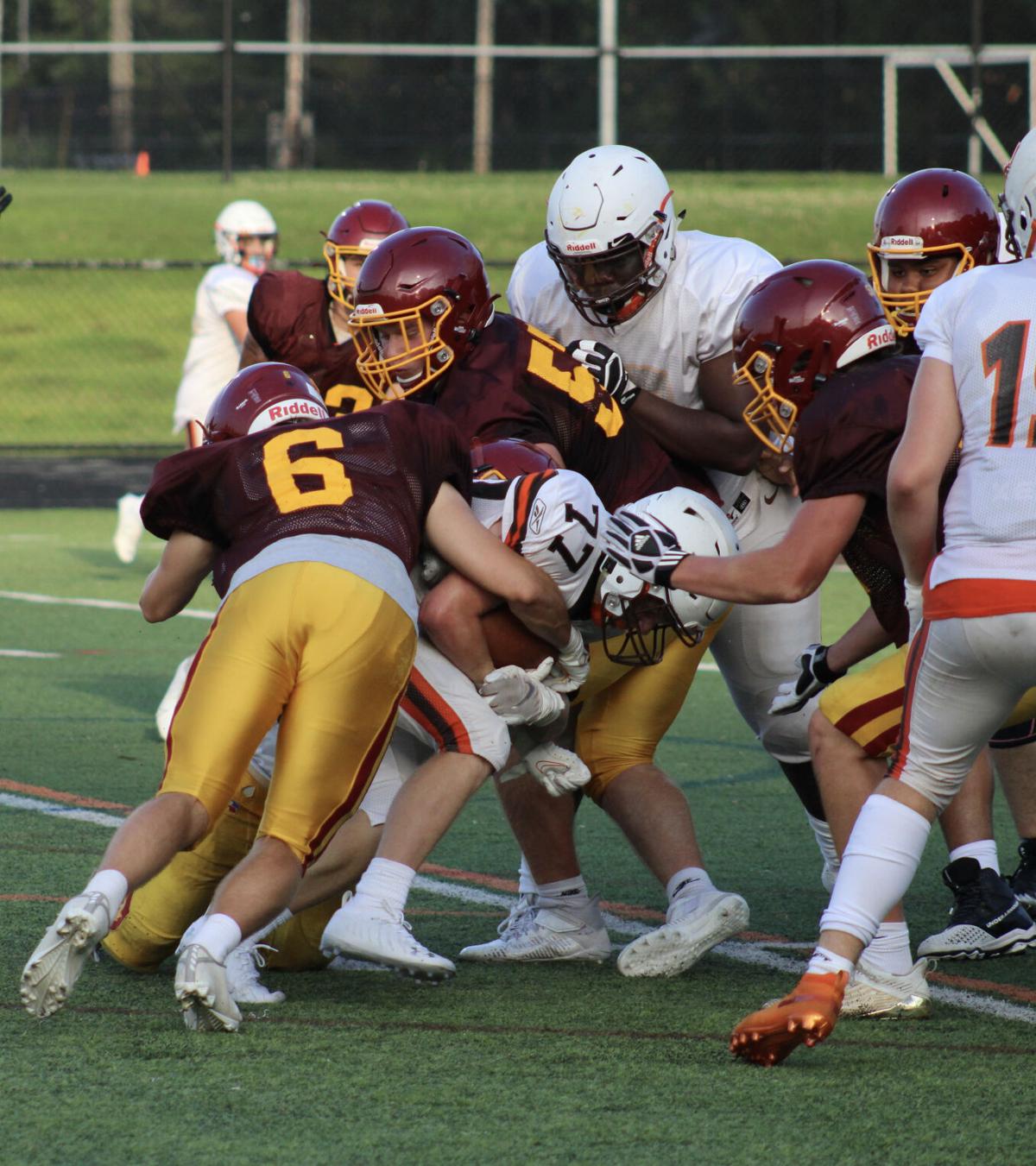 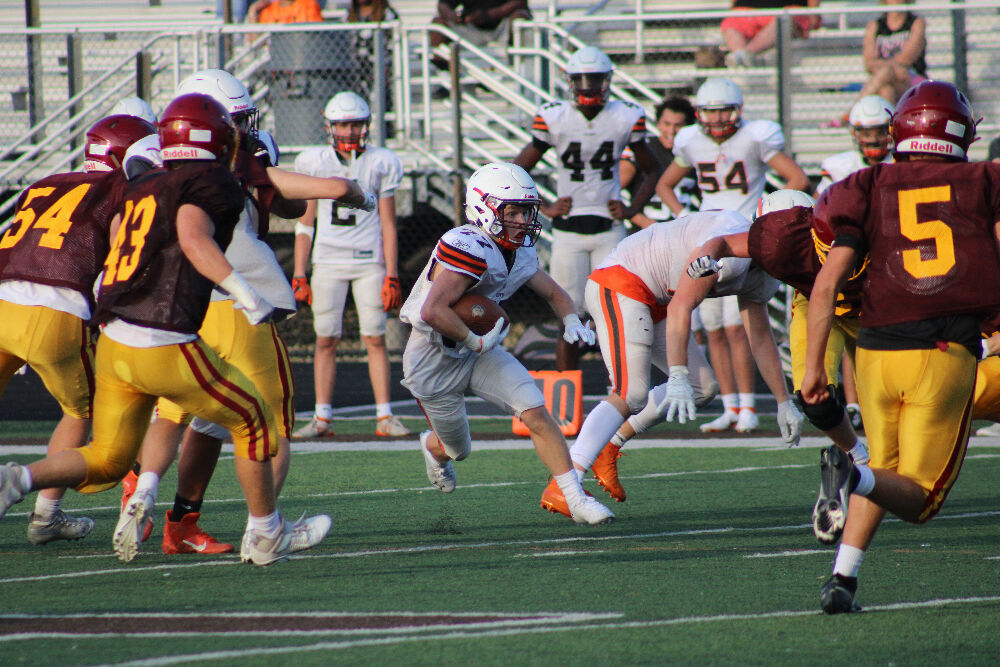 The reloading Avon Lake football team showed its winning pedigree in a successful scrimmage on Aug. 12 at Padua, outscoring the Bruins 19-3 during one half of play. The Shoremen graduated 16 starters from last year’s roster, which went 8-2 and finished second in the Southwestern Conference at 5-1.

The last several seasons of Avon Lake football have been paced by defense.

To be blunt, the Shoremen have been nasty.

Two years ago, the unit pitched six shutouts and set a season record for points allowed per game (4.8). In a 2020 season shortened and greatly altered by the Ohio High School Athletic Association due to the COVID-19 pandemic, they returned most of that same defense and held 10 opponents to 11.0 points per game, including the playoffs.

With the 2021 season set to start on Friday at home against Strongsville at 7 p.m., members of the current Shoremen defense, despite the graduation of nine starters, knows there’s a reputation to uphold.

They’re ready for the task.

“The last two years we’ve had a really solid defense, and we want to live up to that standard,” said senior linebacker and team co-captain Sam Fedders, one of only two returning defensive starters. “But I think both sides of the ball are going to be key this year, not just one side. A couple of us have experience, and I think that’ll help on the leadership side of it.”

With only six total starters returning and a robust 40-man freshman class incoming, it could be considered a reloading year for the Shoremen, who have posted a combined record of 19-4 the past two years and reached the Division II, Region 6 final each year. But coach Matt Kostelnik, a Shoremen alum who played on great defense in 2004, and his staff have established a high standard that the players have lived up to.

“I told them, the expectations don’t change, even graduating as many guys as we did last year,” Kostelnik said. “Especially with the great defenses we’ve had the last two years under coach (Bob) Brickley and his staff. We have to stay square, run to the football and tackle, and if we do that right now, good things happen around the football.”

Throughout August, there have been increasing signs that the Shoremen are still going to be tough in the Southwestern Conference. Despite so many new faces on the defensive side, they showed promise in their first scrimmage Aug. 6, then traveled to Padua on Aug. 12 and held the Bruins to a field goal.

“I think we did a better job executing this week,” Fedders said.

The Shoremen beat the Bruins 19-3 on that balmy evening in Parma, with the offense showing some big-play potential.

The team graduated a pair of big-time playmakers in quarterback Michael Corbo and running back Gage Duesler, as well as just about every wide receiver who received significant snaps, including Mitchell Fedders, Jared Krukowski, Nathan Cikalo, Ryan Kemer and Aidan Grabowski. Two additional power running backs are gone in hulking 200-pounders Mason Wheeler and Griffin Lidyard. Most of those same players also lined up on defense.

But this year’s group was able to get downfield on the Bruins, scoring early in the first quarter and tacking on two more touchdowns in the second. Junior quarterback Jeremy Dzik connected on a pair of deep touchdown passes to go up 19-3, one for 52 yards and the other for 62, with senior Kyle Kress and junior Matthew Stuewe hauling them in while sprinting down the home sideline.

Jason Krukowski, a junior and the younger brother of the graduated Jared, will line up at running back and broke through the Bruins’ line on several occasions. An offense that averaged 36.7 points per game a year ago is showing life.

“Overall, our kids as a team are starting to come together,” Kostelnik said. “That’s the biggest thing right now, is that we continue to come together. But it’s great to see our quarterback develop, and our tailback had some nice runs today. The offensive line is starting to look really good. On the defensive side of the ball, we’ve been running around like crazy.”

The Shoremen will open with three consecutive non-conference matchups. After hosting Strongsville, they’ll travel to Brecksville-Broadview Heights on Aug. 27 and then Tiffin Columbian on Sept. 3. They’ll open SWC play in style on Sept. 10, at Avon.